I know that the trendiness of photo re-creation was at its peak a couple of years ago, but for some reason, it peaked with me over the last couple of weeks.

First, there was a soccer picture of my brother and I. We were more of a baseball/softball family, and we only played one season of soccer. The date for soccer pictures fell right after I’d fallen off my bike and scraped myself up substantially, as well as right after I’d lost my front teeth. I looked like I’d just played an AMAZINGLY brutal season of soccer, even though in reality I’d touched the ball with my cleat two times all season (I swear back then they had six-year-olds playing on full-length adult soccer fields. Or maybe it just felt like it.) Meanwhile, my older brother looked pristine and untouched. As such, it’s always been a family photo favorite. 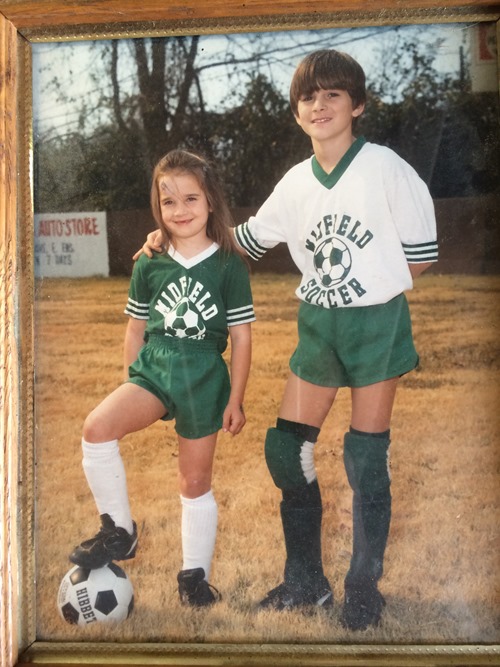 As Noah and his cousin Andi finished up their soccer season, it was my goal to recreate the photo. Andi is my brother’s daughter, so how much more perfect of a recreation could you get (other than my brother and I putting on our soccer uniforms again…which wasn’t going to happen.) Plus, it just so turned out that Andi had quite conveniently just smashed up her own face in some random kid accident, so she was the perfect fill-in for my role. She, however, actually was a complete beast at soccer, so at least she deserved the tough girl look.

So after the last game, we snatched them away from the bright green cupcakes just in time to snap their picture before they covered themselves in sugary stains. 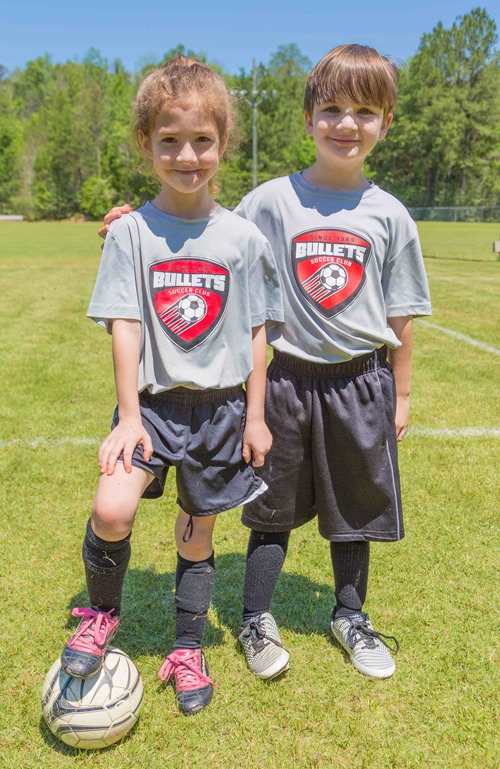 Yup. It was, indeed, perfect. Except that they don’t mind standing closer together than we did. And their shorts are a more decent length. And they didn’t tuck their shirts up to their chests. 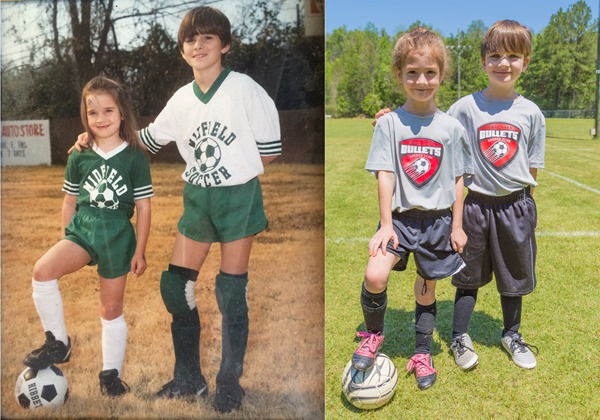 A few weeks later, a photo showed up on my Facebook memories. It was nine years ago, and it was Ali and her best friend AJ, who have been best friends since before they could walk. 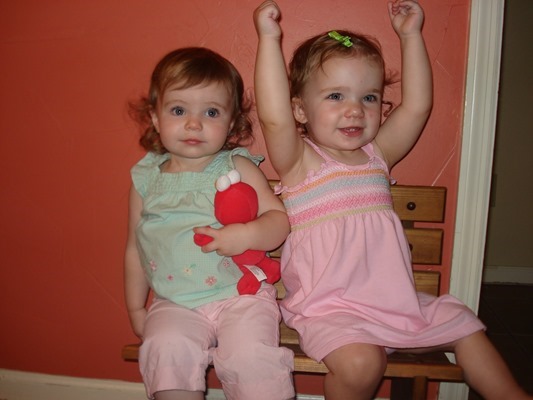 The adorable unpredictability of toddler poses just made me so happy, and it just so happened that we had a playdate scheduled at their house later that day. I felt a re-creation was in order.

“Does AJ still have her Elmo?”

“Do you still have your Elmo?”

I found the bench, cobwebbed in the basement, and got Ali to bring Elmo.

I told the girls. “Okay. You two are old enough to get this PERFECT.”

I started arranging AJ’s fingers just right around Elmo’s arm. She began giggling and couldn’t quit. I couldn’t really blame her. But, after a bit of studying of facial expressions and poses, they delivered. 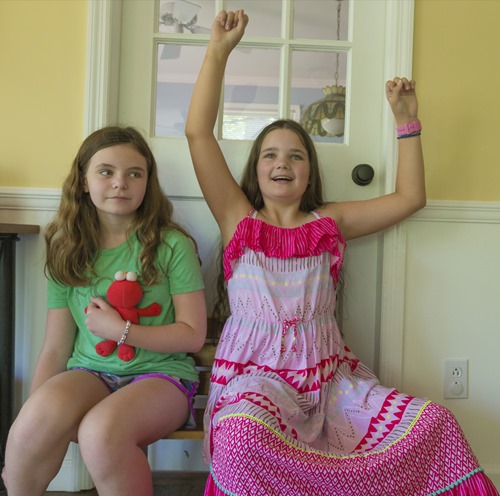 It was as good as it could be, considering 9 years had really given them a chance to grow out and off of that bench (Ali remarked, “Good grief that bench looks like it shrunk by 5 years!!”)

After we finally let them achingly stand up from that tiny bench, they pleaded. “Please don’t make us do this when we’re 20!”

I like how they think we’ll be able to make them do anything when they’re 20.

3 thoughts on “Revisiting The Past.”