This past weekend we tried something new.

We prefer doing what we know works – we’re not the type to be like “hey let’s try this new big thing with our kids! I bet they’re old enough to not make it miserable!” No. We wait until we are solidly sure that they are absolutely more than old enough to do whatever new thing is out there.

And that’s how we found ourselves, for the first time, at the beach – just the four of us.

We prefer traveling in a herd. With family or friends…more adults staying in our vacation abode than just us. When toddlers need naps and babies scream and everybody needs food all the time, the more adults the better. But now we have a 6 and 10 year old. They fix their own food. They entertain themselves on car trips. Life is easy. Clearly we waited too long for this step.

Chris’ Aunt and Uncle (who live at the beach) have a new rental condo in Gulf Shores that we were excited to visit. It’s a one bedroom, but had bunks in the hallway for the kids. All of our beach trips the last few years have been off-beach to save on money (traveling in herds = more bedrooms = more money), but since this is a one bedroom, it was totally affordable and made us realize how much we missed being RIGHT THERE. The walk was easy (no football-field-sized boardwalk or blocks of neighborhood), we sat on the balcony and listened to the waves at night, and everything was just lovely.

We tromped out to the beach the first day, and Ali immediately ran to the water to enjoy the waves. Noah, on the other hand, was perfectly content to dig holes and bury his father. 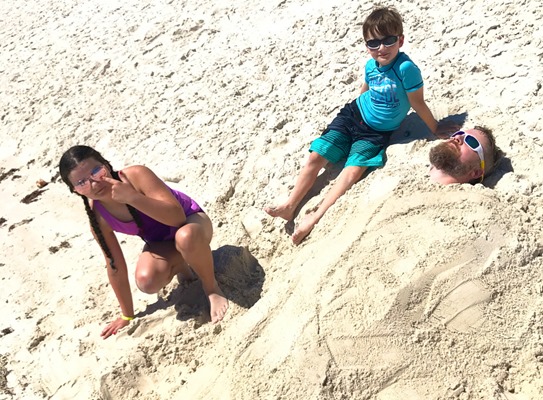 In fact, it became clear fairly quickly that he had decided he disliked the ocean.

This was as close as he’d get. 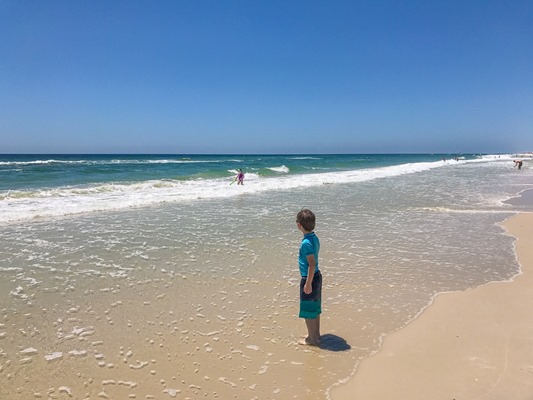 And this was not okay.

We have two more beach trips this summer with other people and the kid MUST like the ocean. It’s a Callahan rule.

Chris and I agreed that Immersion Therapy was in order. Which was correct because we both received honorary Psychiatry degrees upon procreation.

So we told both kids we were going out past the waves as a family. We were ALL going, EVERYONE would be safe, and there would be NO complaining.

We were ankle deep when Noah started panicking.

Chris picked him up and carried him, assuring him it was FINE, we were completely in CONTROL of the situation. The waves were perfectly tame.

God chose this moment to teach the lesson that parents are not always correct, and sent The Mother Wave at us. I mean seriously – we did not see another wave like it all weekend but it just HAD TO COME at that exact moment.

It knocked Ali off her feet. It knocked me off my feet. It knocked Chris-holding-Noah off his feet – partially because a thrashing panicking child is quite a bit unhelpful for balance. Furthermore, it immediately stripped Chris and I both of our sunglasses, and we all came up gargling and screaming.

But The Mother Wave showed no mercy. She decisively carried both pairs of sunglasses to Ariel, where she is thrilled with our tandem fish hula hoops, or whatever she’s using them for.

After a good bit of walking up and down the beach hopefully staring at the waves (while Noah quickly retreated to his sand holes), Chris walked across the street to buy us both new, much cheaper sunglasses (the general store across the street became an instantly important perk to our vacation.)

While he was gone, I talked Noah up.

“We’re going to try again. You must not be afraid of the ocean. We won’t make you go far. But we’re all going out.”

He continued to be an Ocean Denier.

I pulled out my phone. I googled up four years of my own blog posts.

I felt my words had finally had impact. A near-adult six year old could not be more of a wuss than his 3 year old self. Right?

Chris returned with a pair of glasses and a strap for each of us – we would not be losing our sun protection during anymore forays into Forced Child Fun.

And we set out again. Not far – but far enough. And I am here to testify: it might cost a false start and the loss of two pairs of sunglasses, but Immersion Therapy works. 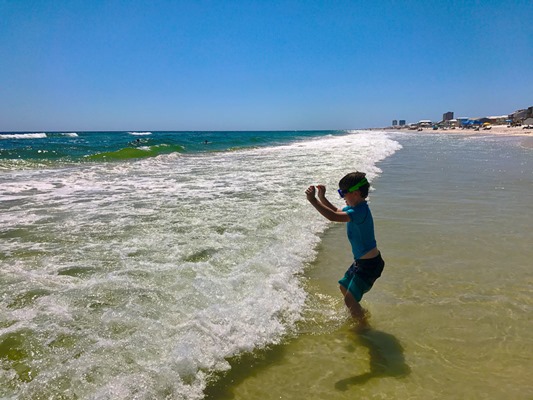 For the rest of the day, Noah jumped waves and squealed with glee, getting deeper and deeper into the ocean after each jump. 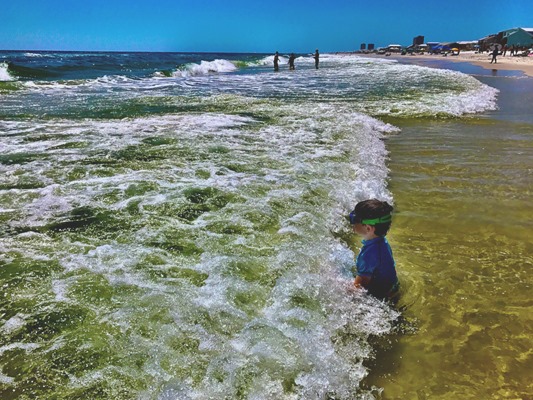 He told everyone that it was the most fun he’d ever had. And even gave it a rousing “Best Day Ever!!” by the end.

That night, after dinner with Uncle Leo and Aunt Kitty (okay we totally hung out with them a lot so I guess we still prefer being with other people on vacation after all), 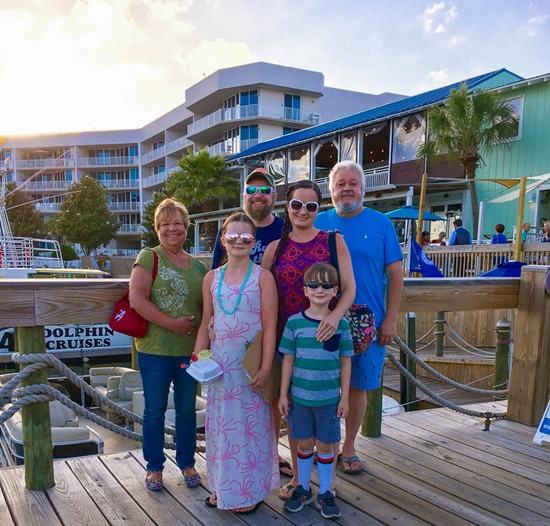 we stepped out onto the beach for a beautiful sunset walk, again remembering how nice it is to be RIGHT THERE on the beach. 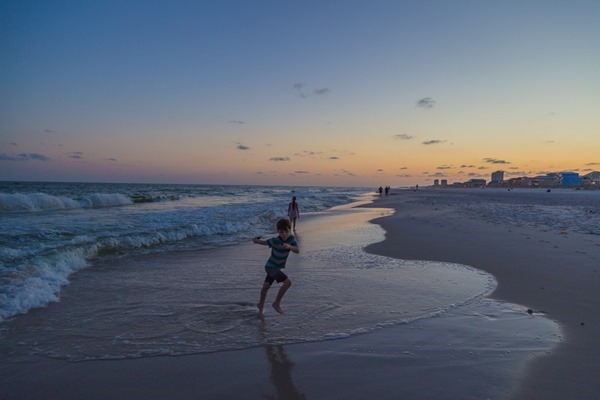 After the initial “What?? A Walk??”, the kids became quick fans. 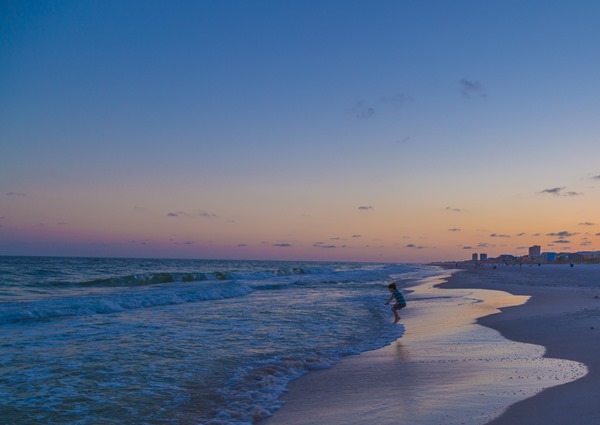 Noah even rewarded me with a surprised “Wow mom! This walk is a lot more un-boring than I thought it would be!!” 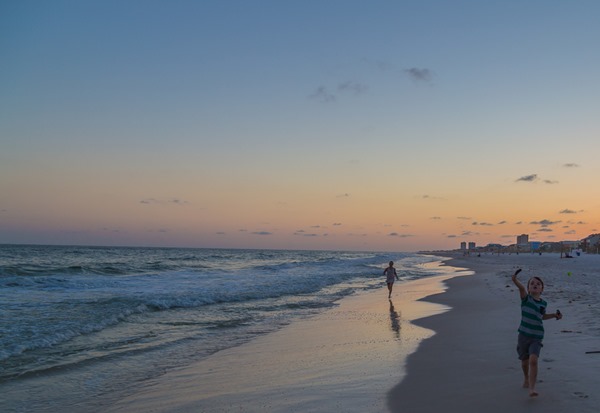 It’s amazing how right parents can be. About all the things. 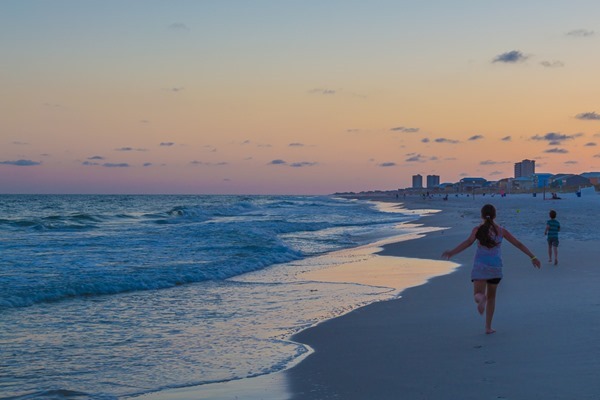 …Maybe one day he’ll just believe me the first time I say something. 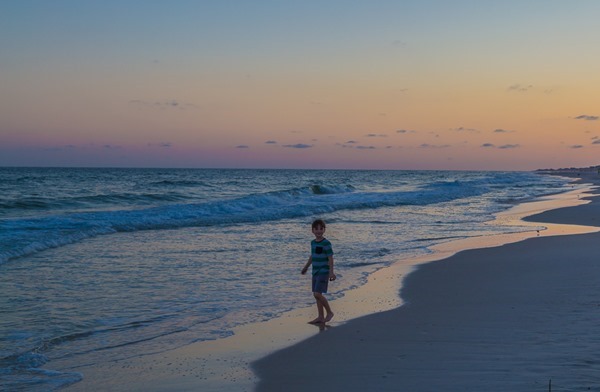 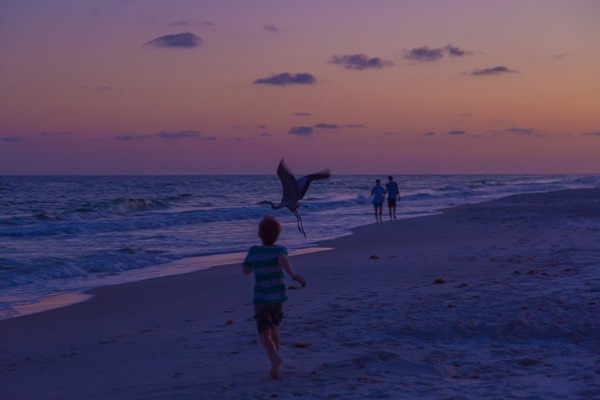 After a good long walk, 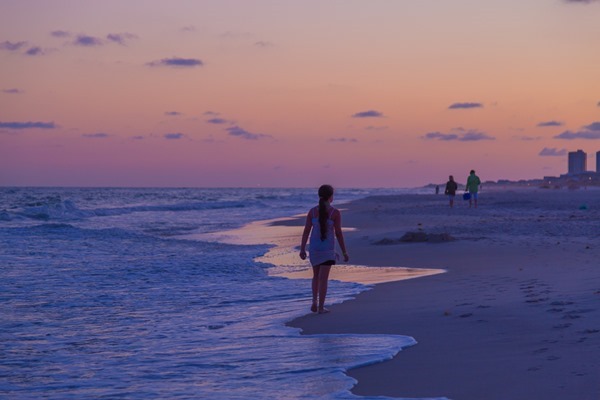 We ran back to our room and settled everyone down.

And then started all over the next day.

Sand holes and all. 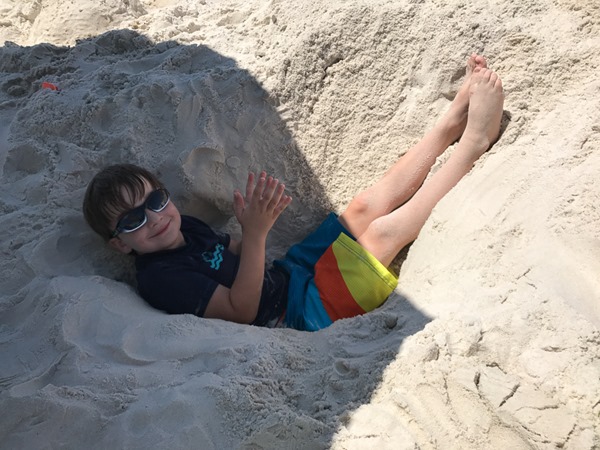 Except this time, Noah remembered how fun the ocean was and didn’t bury his head in the sand.

Can’t say the same for the rest of his body, though. 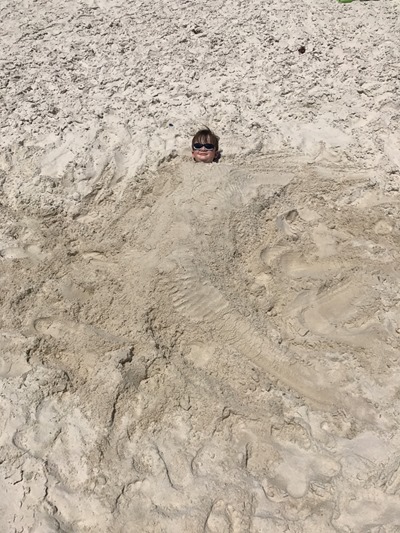 Shameless plug: Kitty and Leo’s condo truly is delightful and low-maintenance and an inexpensive family beach weekend and right across the street from a restaurant, an ice cream parlor, and an emergency grocery store that sells surprisingly nice sunglasses. I get absolutely nothing for plugging it, but I do recommend it if you’re looking for that kind of thing. You can see it here.