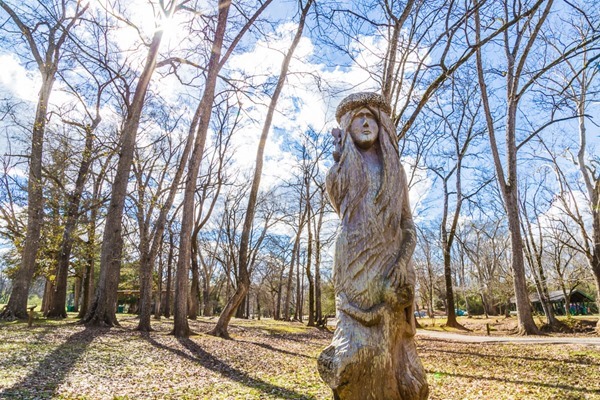 Saturday morning, as I was driving to my favorite place to run, which happens to be in the middle of Birmingham’s fanciest suburb, I saw a fully grown man,

with a salt and pepper beard,

skateboarding down the road,

that was printed in a fine leopard print.

I took a picture of him as I drove by.

I swear he posed an especially serious face just for me. Because he KNEW I’d have to take a picture. 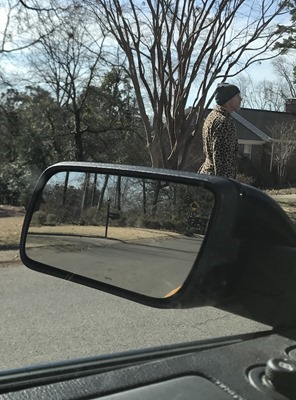 For that one moment, finding him was better than finding roadkill.

Later that afternoon, I was attempting to make my way quickly through the drive-thru at Starbucks. I was behind a little car with a large “I Love My Labradoodle” sticker.

The Barista asked through the loudspeaker, “Can I help you?”

“I just need a few minutes to read the menu, thanks.”

I watched as the few minutes turned into more few minutes, and pondered to myself that perhaps this was not why drive-thrus were invented. You shouldn’t have need to read the whole menu if you’re choosing to stay in your car.

Finally they drove forward, and I quickly gave my order, assuming the Barista needed some decisiveness in her life.

As it became the Labradoodle LoveMobile’s turn at the window, I watched in horror as the Barista brought all the lunch options, fanned out in her hands, and held them out the window, three at a time, to show the indecisive driver what the options were.

SHE HAD TO SEE THE ACTUAL LUNCH OPTIONS, y’all.

And then she didn’t purchase one.

If you need to see actual food before ordering, please for the love of all that is even 1% right in the world, GO INSIDE TO ORDER.

What if you substituted “pelvic floor” for “dance floor” every time you heard it in a song? I found this is a fun pasttime, until I realized that “why don’t you kiss me on the pelvic floor?” is a somewhat bizarre question, and Michael Jackson’s “Blood on the Pelvic Floor” is just a really unnecessary topic to sing about.

So instead, every time you’re watching some serious movie or the news and you hear the term IED, replace it with IUD. The Korean terrorists throwing intra-uterine devices at Jack Bauer is downright pleasurable to imagine.

I realized the other day that I’m lash privileged. I’ve always had extremely thick, long eyelashes because my body hair grows approximately an inch an hour.

But. I allow my lash privilege show when I scoff at all the outlandish things other people do to have long eyelashes.

Fake lashes? So much trouble. And you would put those on for work? How is that a worthwhile operation?

That prescription that may cause heart failure as a side effect? Really? Are lashes worth all that??

But I’m not allowed to have an opinion. Because I’m lash privileged.

However I am not, apparently, eyebrow privileged, as I have one eyebrow that has decided to go prematurely grey. Yes, sadly my left eyebrow has gone rogue and keeps growing multiple white hairs, despite the tenacious grasp of youth that my right eyebrow maintains. I find this quite upsetting.

Maybe my entire left side is weird because I also have one rogue hair on the left side of my ribs that will grow to the floor, except that I yank it out for fun and amusement twice a year. And also if I rub the inside of my left elbow, it makes the left side of my jaw tickle-itch in a horrifically annoying-yet-fascinating way.

Do all left-handers deal with such body trauma as this?

Those matching underwear ads on Facebook draw me into their made-up fantasy every time. Chris and I need matching underwear. Look how frolicsome their lives look! But what are the chances that mine and my husband’s matching underwear would be clean at the exact same time? And furthermore, that the kids wouldn’t be totally weirded out by us wearing no pants at the dinner table? 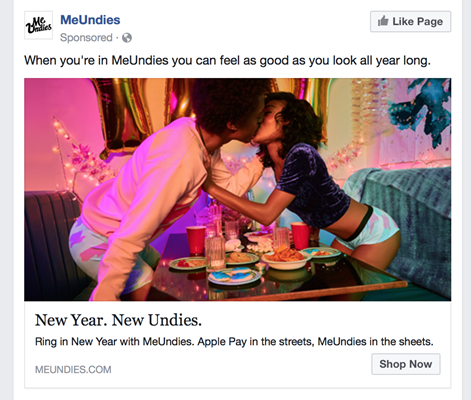 Has anyone named their kid hashtag yet? Because the ability to easily refer to one’s kid’s actions would be really fun. #Poop #Jerk #Mess #TimeOut #ScrewedUpAGAIN

Noah likes making up gibberish, and pairing words and phrases that he feels like sound good together.

Trouble is, he has some seriously refined taste.

He’s played with the word “Dammit” on many occasions.

We had to forbid all made-up words that began with the letter f last month because they all tended to include the same four letters.

On Friday, he was repeatedly calling me, in a sing-song voice, “Hot Butt.”

(He’s never heard his father call me that.)

And on Saturday, as I was chasing him up the stairs while teasing and goading him, he screamed out, “Somebody get this Nasty Woman away from me!!”

(He’s never heard our president call an opponent that.)

I feel like he *may* have a supernatural power of word and phrase osmosis. That or he’s getting up in the middle of the night and watching television. 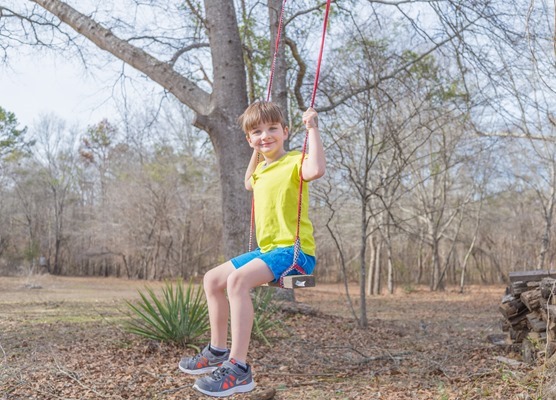 But my bet is that the kid is a foul language savant.