There are certain things we buy our children for Christmas only because we love them. With dread and self-loathing, we purchase those sets that we know will lose two pieces on the first day and never work again, those million-tiny-parts that we are quite confident will be scattered throughout our house in 23 minutes flat, and those toys we KNOW they won’t play with but they’re just sure they neeeeed.

But every now and then, we buy something for our kids out of love for ourselves. Something we know we will enjoy as much – and sometimes more even – than they will.

Thus was the case this year.

Noah had a very thorough list of things he wanted for Christmas, but I bought him something I wanted. And not one set of that something, but four. Because I wanted it that badly.

Qixels are the modern version of perler beads (except you use water instead of the oven to fuse them together) and the “boy” version of Beados or Aquabeads, which Ali has been enjoying for quite some time. But Beados roll away, the templates are boring, and I personally do not find them satisfying to work with. Qixels are sturdy, square plastic blocks that fit onto a frame and you create objects, usually with a template underneath, that end up looking like they’d fit perfectly into the Minecraft universe. 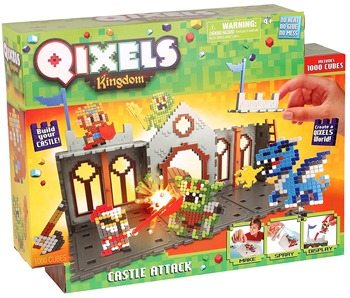 The minute I beheld Qixels for the first time I knew this is what had been missing from my life. It reminded me of my childhood beading days long gone – I was beyond into the beading scene in my wild junior high days. So much so that my parents would drive out of their way on family vacation when I knew there was a bead shop nearby.

(I don’t know how I knew this. There was no internet. How did one attain such knowledge back then?)

Qixels offer that same delightful pleasure of multi-colored creation, but are a much quicker experience, which is needed in my time-conscious state of adulthood. And as a bonus, I knew my son would enjoy them, so how could it be bad to buy something that we could do together? 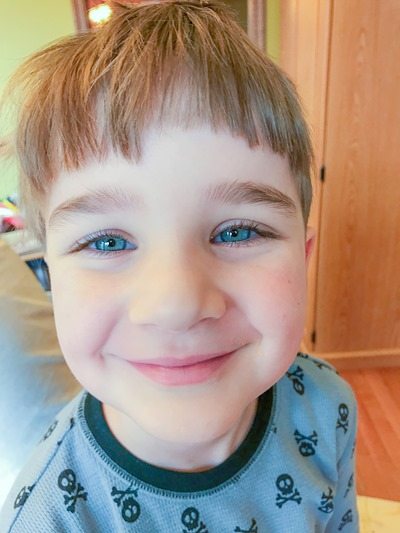 The kids do Lego with Daddy (I suck at Lego), they do Minecraft with each other (I cannot get into Minecraft), but there’s nothing that Noah and I do together. But Qixels could provide.

And…you could say it totally did. 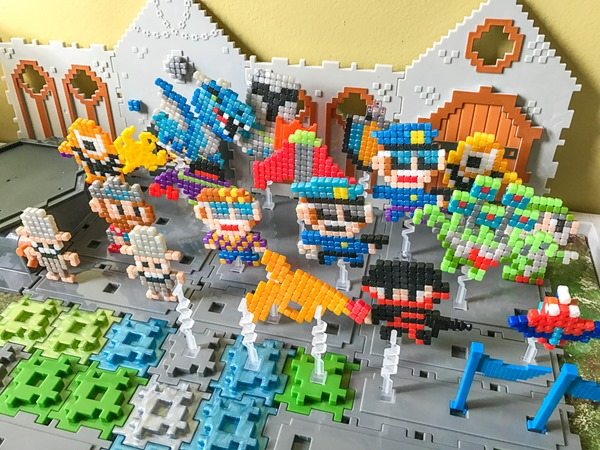 This collection doesn’t even count the Qixel village he’s already given away in Sunday School.

(If your kid is in Noah’s class and came home with a cute little monster, chances are, I made it.)

I was immediately and unapologetically hooked. 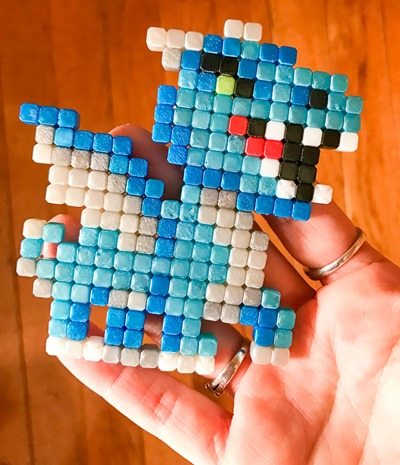 I found the most efficient ways to sort my Qixels and get them onto the frames. I found the exact amount of water that should be spritzed to make sure all the Qixels permanently stuck together, but still minimize dry time. I even began branching out on the templates, adding my own touches, like the awesomely funky purple belt and shoes on this cop, 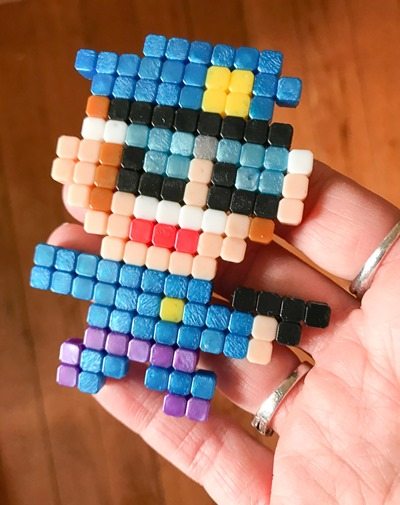 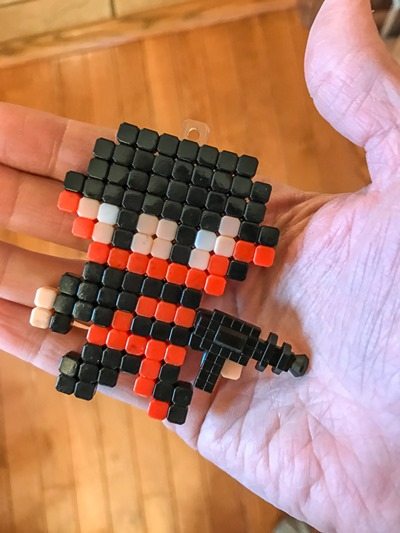 making twists on blank templates, like this tacky LSU fan, 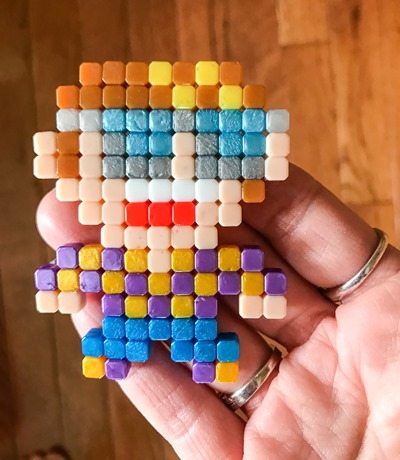 (I didn’t set out to make a tacky LSU fan – the blocks decided that),

And, my Sistine Chapel, taking a picture of a race car off a box, 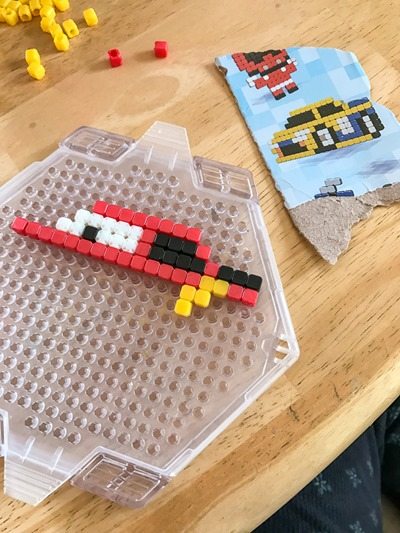 and slowly and methodically using it to help me create Lightning McQueen. 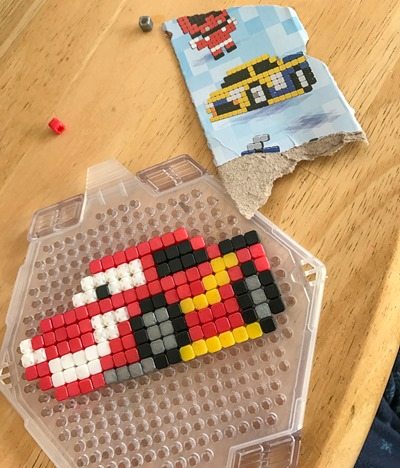 I am not artistic in the least but in that moment I felt like the love child of Michelangelo and Pixar.

I wasn’t the only one being creative, though. Noah created an army of “Old Men” – this same character over and over, a delightfully jolly big-eared fellow. 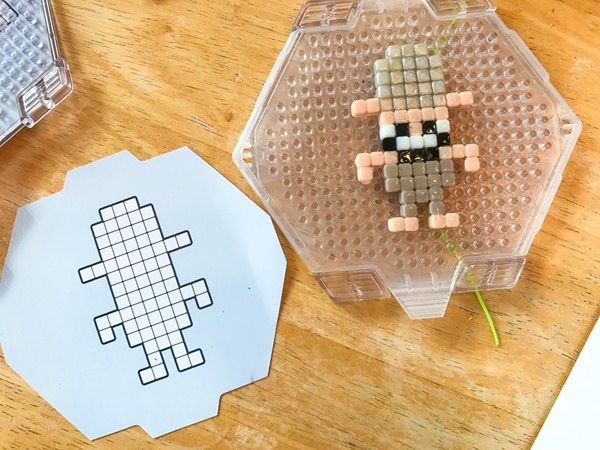 I lined the old men up in front of our creations and began thinking of them as pawns. Ooooh – a Qixel chess set. We could totally make that happen. 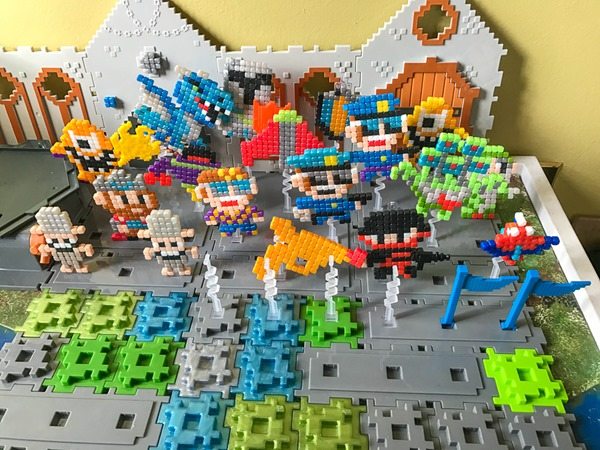 Only later did I realize that Noah was making a tiny army of Jeff Sessionses. 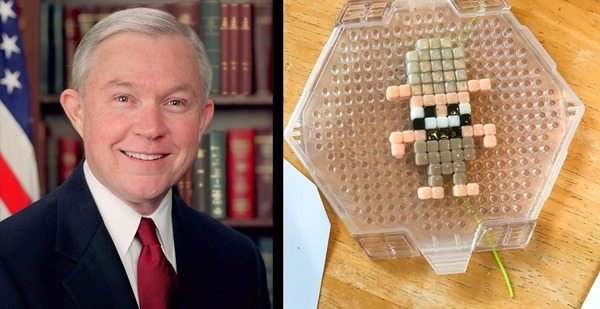 Chris took note of our obsession and bought Noah a tackle box in which to keep our his Qixels. The delight of the organization of our craft scored Chris many kisses. From me. 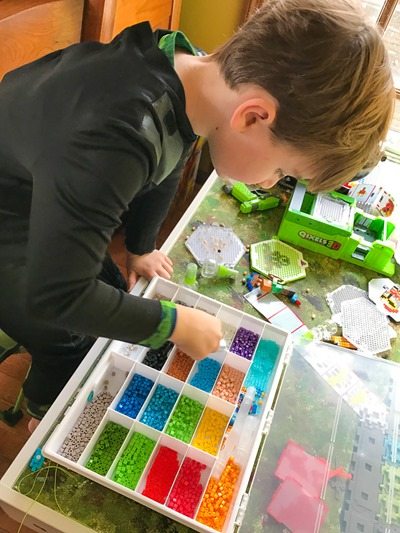 But the thing about Qixels is, you always need more. When you’re creating tacky football fans and tiny Attorney Generals at our pace, they quickly deplete. And since I might have been creating at a slightly quicker clip than Noah, I might have also felt guilty about my over-Qixel usage (at his insistence and glee, but still…), so I also might have began to buy refill sets at an alarming pace. (Thankfully, they’re fairly inexpensive.) My Google search history is full of things like “bulk qixels” and my eBay and Amazon searches are full of attempts to get Qixels at a discount price. Noah basked in the benefits of his mother’s obsession, excitedly cheering when I’d open another refill pack.

This past Tuesday was when I knew it had gone too far.

“Mom! Is that more Qixel Refills?”

“NO…Why would you think that??”

(But it totally was. And I hid them before he came downstairs.)

1 thought on “Qixels are for Mommies.”