All I knew about Horse Pens 40 was that it was one of the places that will live in infamy of the “embarrassing” stories my parents tell about me.

(I’m not really embarrassed but I assume they keep telling the same stories over and over in hopes that I will become so – revenge or something, I assume.)

All our parents have those stories, right? For me, there’s the time I cleaned the kittens with my tongue, the fact that every Thanksgiving they prepared “chicken” for me in the kitchen because I hated turkey (yeah, it was turkey), and the infamous Horse Pens 40 camping trip where I screamed all night long, to the point that one of the other campers called the cops to come check to make sure my parents weren’t beating me.

I had not been there since, and I don’t know that they ever wanted to visit again, either. Perhaps we were on a “Banned Visitors” poster somewhere as well – who knows.

But I decided it was worth the investigation for our Alabama History project.

So Carla Jean and I loaded up the kids and drove to Steele, Alabama – right on the other side of Ashville.

The basic premise of Horse Pens 40 is that there are lots of rocks. And people have used these rocks as hideouts for many, many years – early civilizations, Native Americans, Civil War soldiers, moonshiners, and the like. There were also multiple battles fought amongst the rocks.

Now, it’s a rock-climbing mecca and Bluegrass concert venue. My kids love climbing rocks, so it had to be a good decision, right?

We arrived and the place looked deserted. No one in the ticketing office, or at the entrance. We wandered into the general store and restaurant and no one was there, either.

We tip-toed back out of the abandoned store and walked toward the rocks. 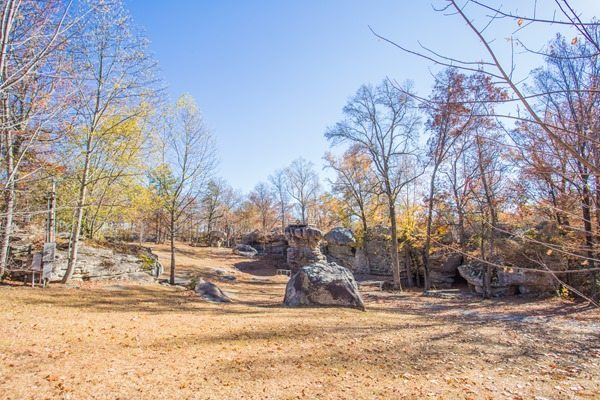 At first glance, it appeared that there was just one wall of rocks and then forest. But we quickly discovered that the rocks went on…and on. 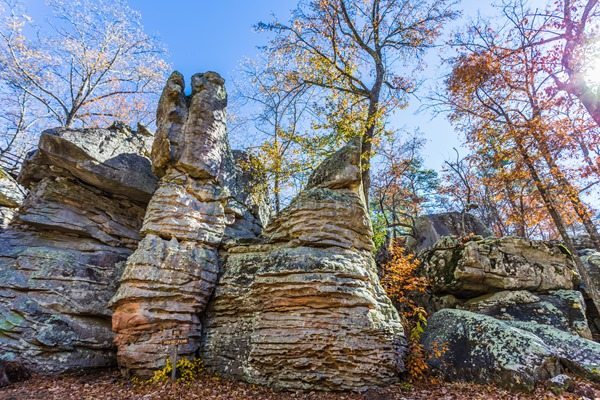 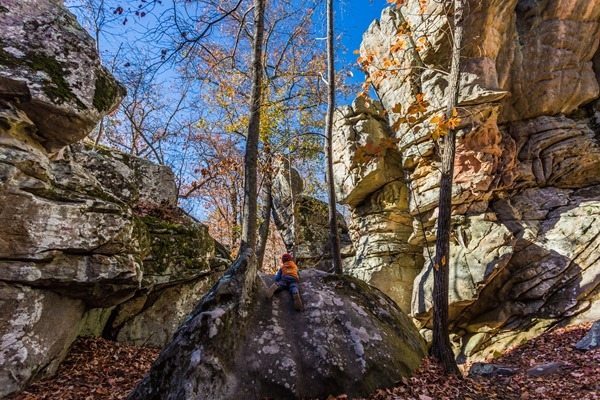 The formations were fabulous. Caves and cracks and footholds and nooks and crannies. 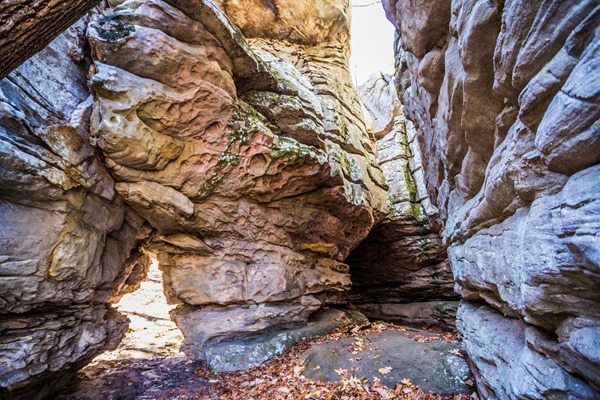 Every formation had its own unique and fun features for the kids to play on – trees to climb, 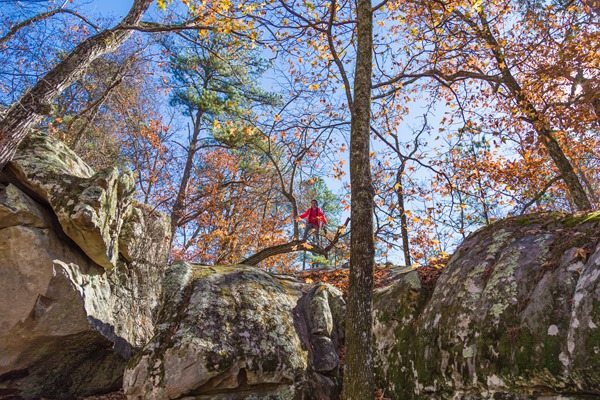 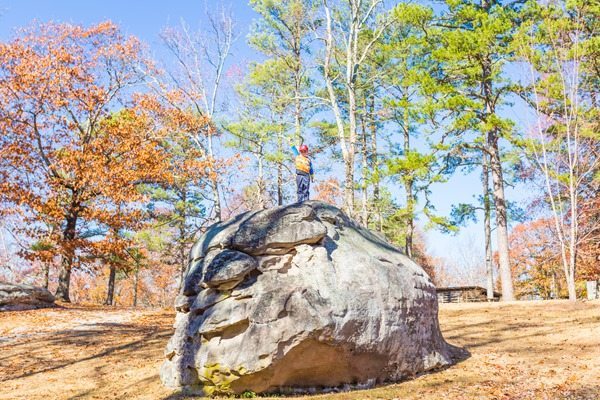 Cracks to wedge into, 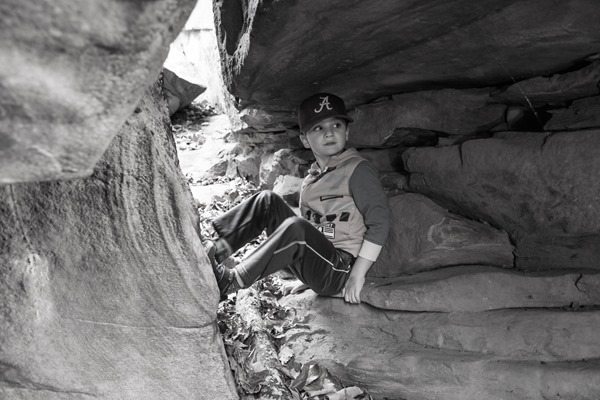 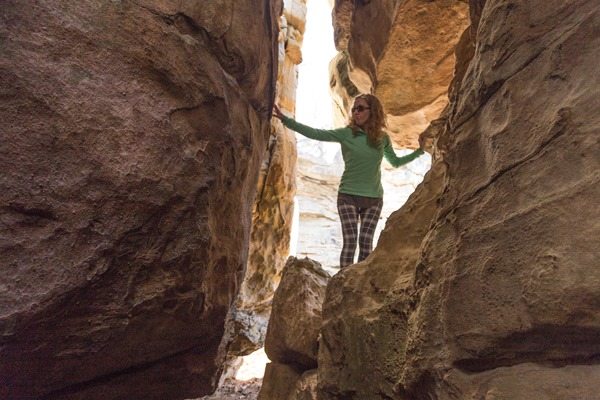 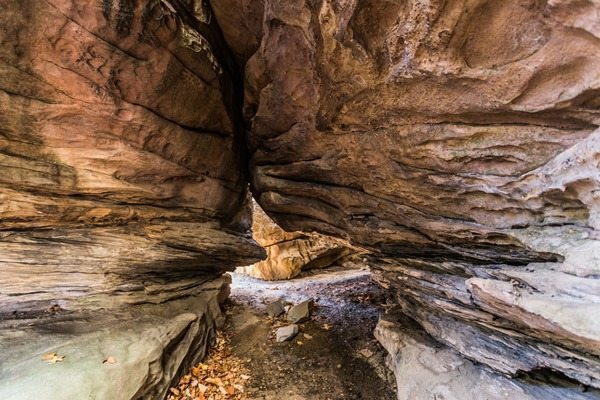 Flat vertical rocks to pretend to lie down on, 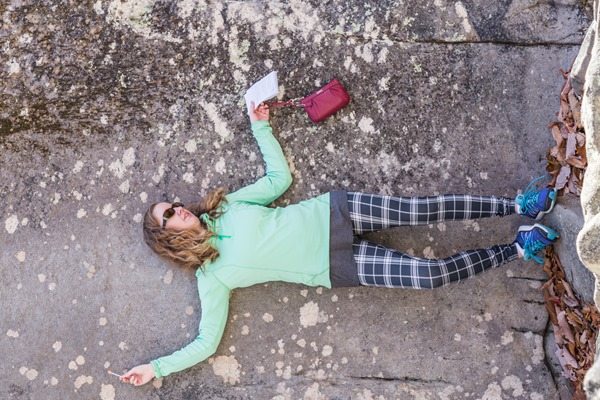 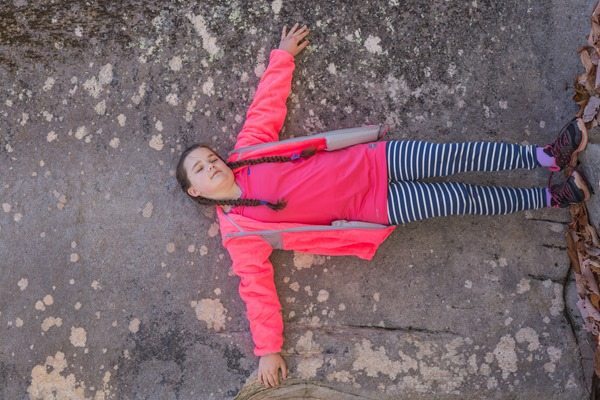 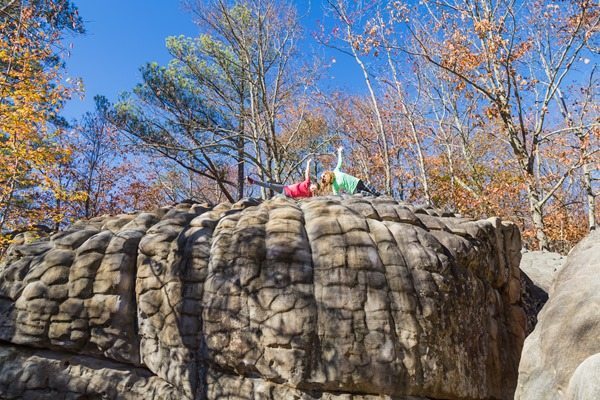 Smooth rocks for not falling while perfecting those moves, 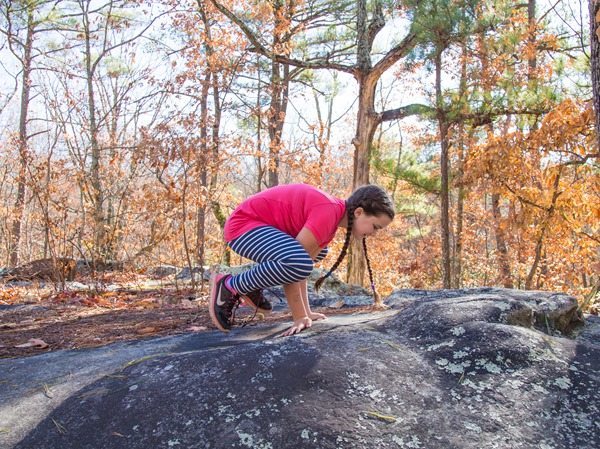 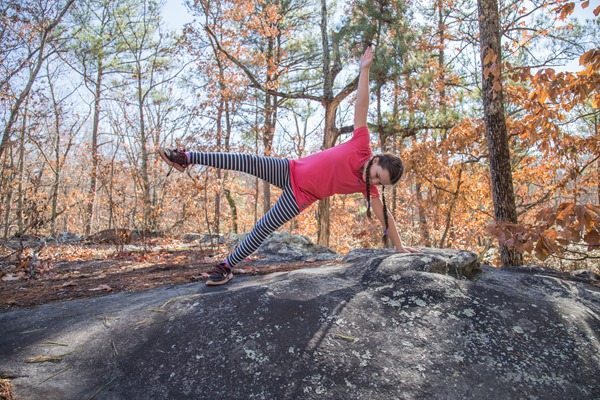 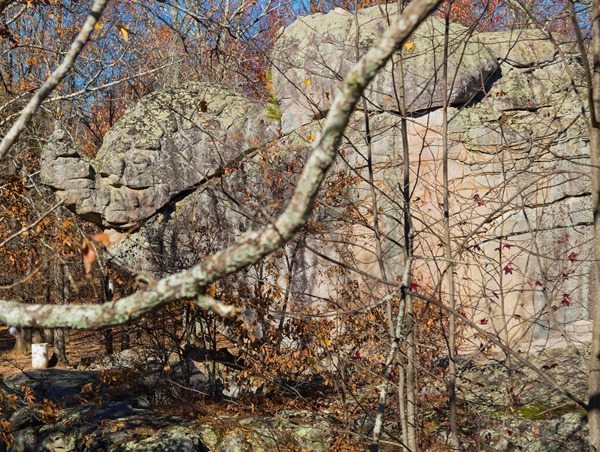 And finally, a rock with the best view. 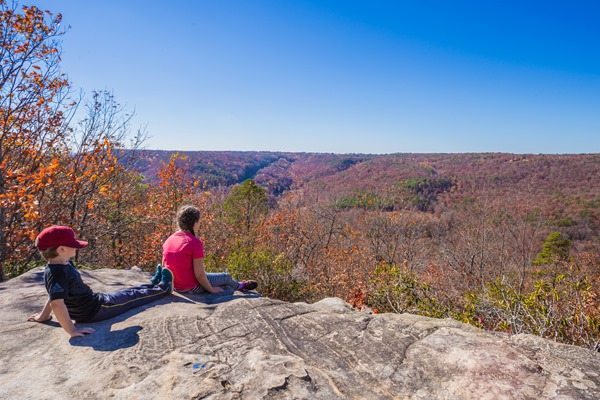 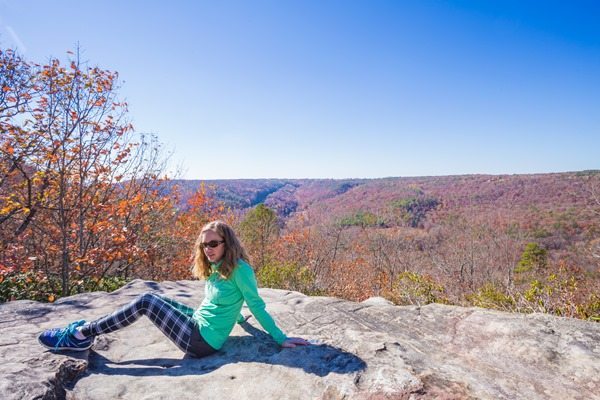 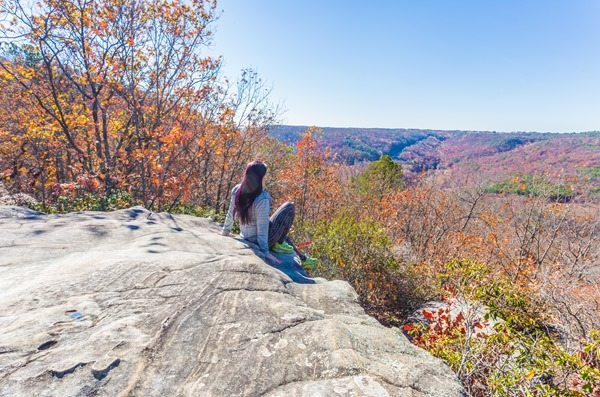 I can’t say that we learned much about Alabama History on this trip, but we experienced where history happened and oh-my-goodness did the kids LOVE it. They both declared it their favorite field trip yet, and we could have stayed for hours longer had our stomachs not all started growling (the weakest link in our field trip game is that I don’t believe in packed lunches.) The infinite fun to be had on the rocks, the countless caves to explore and paths to walk – it really was just spectacular. 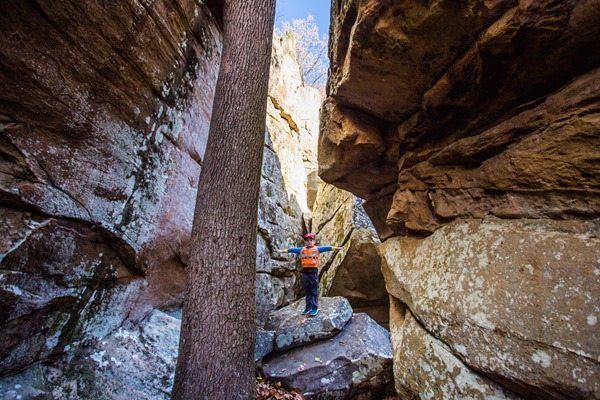 I was ready to go back as soon as we left – and so were the kids. 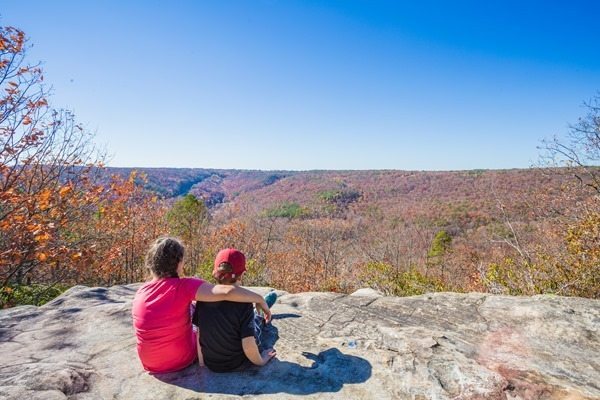 As usual, Ali’s report tells the story better than mine, so here you go: