Noah has been busy lately, growing up and stuff. 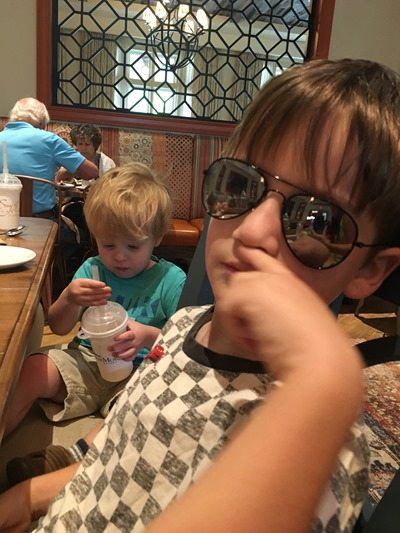 He’s become a puzzlingly model student (he has for his entire life held a staunch non-education policy), his imagination is running wild with ideas of commerce, and he got his first loose tooth.

He tried to play the tooth thing cool, just slipping it into conversation one morning.

He snarled his face into a grimace to attempt to hold the smile back. 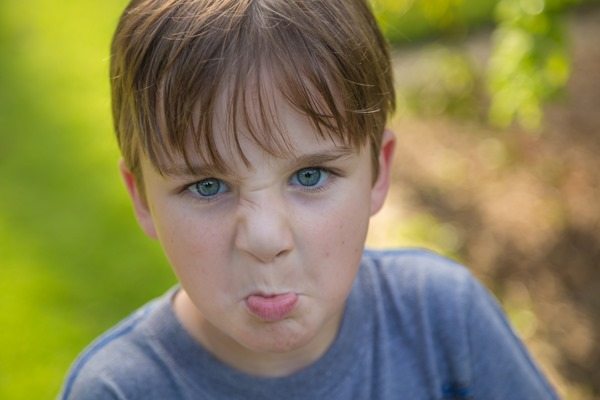 But I knew he’d been waiting on that development for years, desperately ripping at his teeth even at three years old, so I reacted with a level of excitement that made it irresistible for him to keep his straight face.

He began working on his tooth, night and day, wiggling and tugging, determined to accomplish this milestone of adulthood as soon as possible. There could be time found for tooth wiggling even at the waterpark. 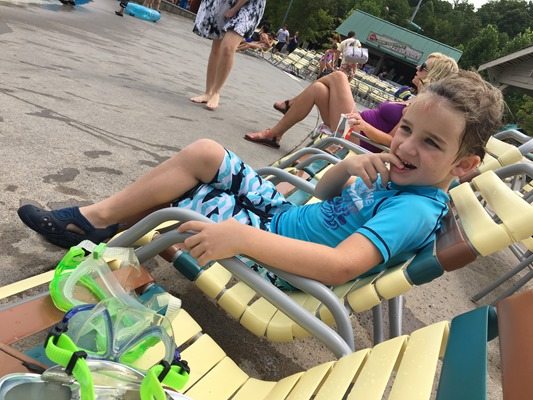 The milestone brought about philosophical conversations about what it meant, and I mean REALLY meant, as well.

“You can’t have kids until you lose all your baby teeth and get adult teeth.”

Way to set some goals, kid.

Meanwhile, he opened up shop. He became a restaurateur, setting up vast and detailed restaurants in his room. At one point, they were picnic tables outside a food truck, which he named “Rocket City Food Truck.” Later, he opened up a full-service restaurant in my living room floor – and yes, it stayed there for many days. 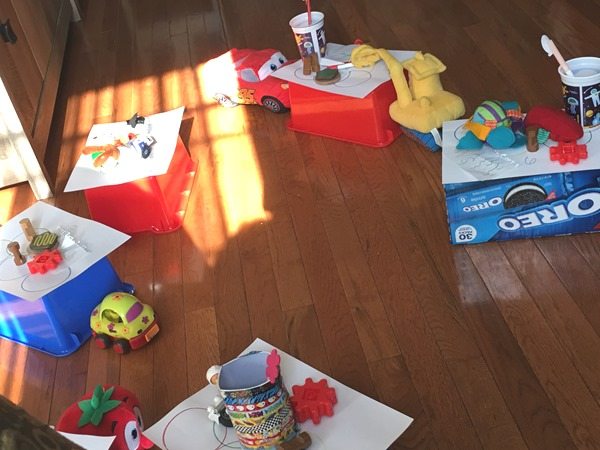 During the Olympics, he insisted that I create themed décor to encourage more patrons to come, hence the ringed tablecloths.

Nothing made him have to bite the inside of his cheeks to keep from smiling more ferociously than for me to yell out “Hey! Table 4 needs a coffee refill! And Table 6 needs more cheese biscuits!! Table 9 isn’t waiting ANOTHER SECOND for their check!!” 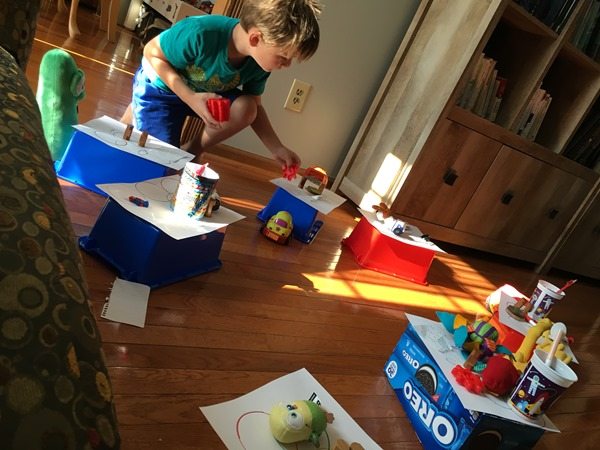 To attract a hipster crowd, he built a fantastically fancy Tinker Toy coffee maker. Not sure if it’s French Press or Cold Brew, but whatever it is, there’s some seriously snobby coffee getting made – and the kind you have to hold your mouth just right to pour. 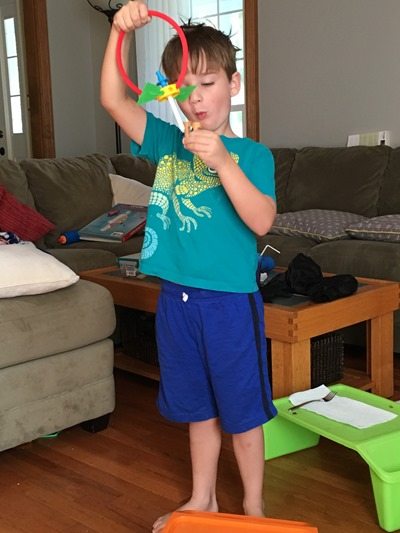 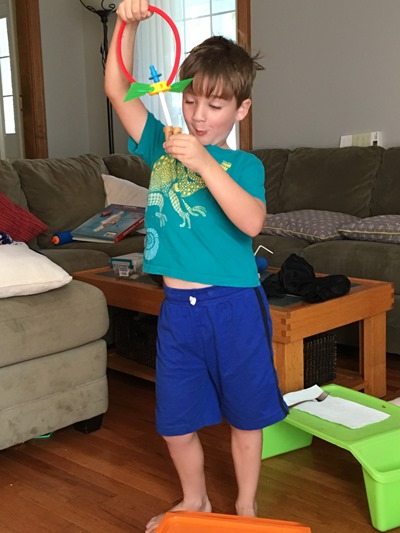 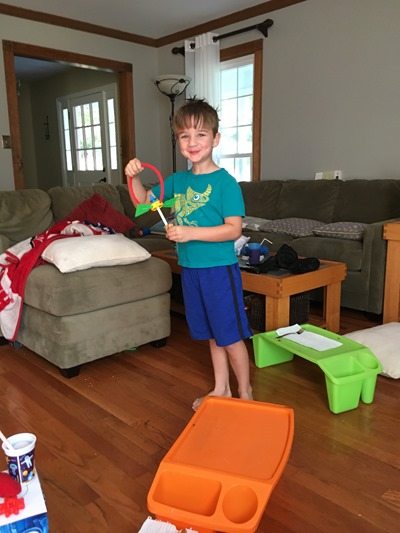 As I was cleaning out some stuff, I found these perfect placemats for him to decorate, 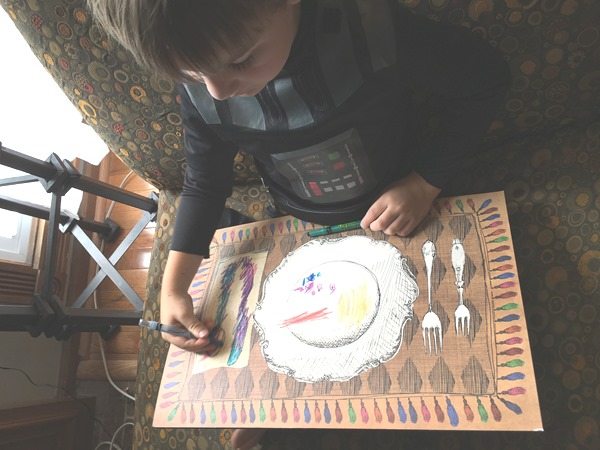 as well as an order pad. 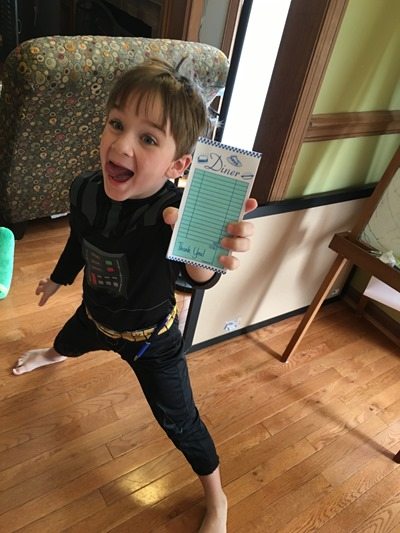 …Because I’m pretty much the coolest hoarder there ever was.

His deductive reasoning is coming along nicely, too – last week, when trying to figure out why Not-Crazy-Renee didn’t answer my text right away, Noah philosophized,

“….Maybe she’s in the car…because she puts sunscreen on her kids when you don’t put sunscreen on us, so maybe she doesn’t text in the car like you do.*”

So yeah. According to Noah, Renee is a much more responsible person than me. All based on sunscreen.

* I do try not to text in the car. But sometimes when I’m at a traffic light, something has to be answered. And my father taught my children to (rightfully) fuss at me when I do. But that’s okay. They tattle on him driving WAY TOO FAST in return.

Noah has also busied himself asking me the tough questions of life, wrinkling up his nose and saying, “Mom, why do you smell like leggings?” 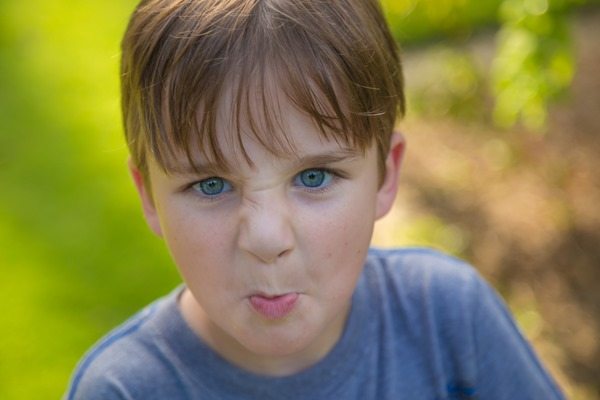 And, while watching the women’s gymnastics, inquiring, “Is there fire rings in the boys gymnastics?”

No, but there totally should be, son. And they should put you in charge of Olympic marketing.

After three weeks of working that tooth with the dedication of a Hyena picking clean the bones of roadkill, Noah came in my room one morning to wake me up, got in my bed to snuggle, and said,

“Oh yeah. I pulled my tooth out last night.” 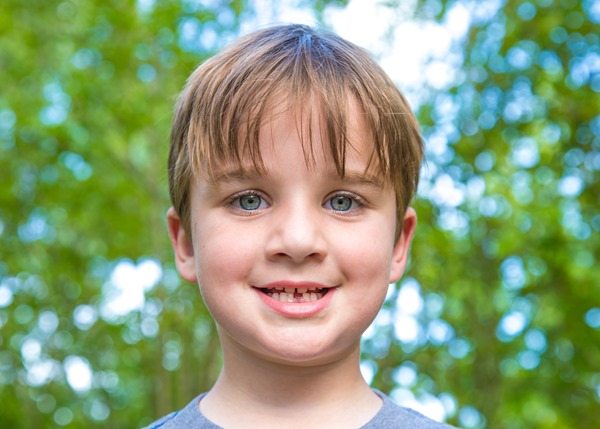 “Wait WHAT?!? (His sister’s first tooth pull was full-on trauma. I didn’t know how to handle this casual news.) When??”

“Because there was a 5 on the clock.”

“Wait a minute. So you woke up at 5am, pulled out your own tooth, and then went back to sleep?”

“On my bedside table.”

“I know. So I’m going to leave the Tooth Fairy a note telling her to give me a hundred dollars.” 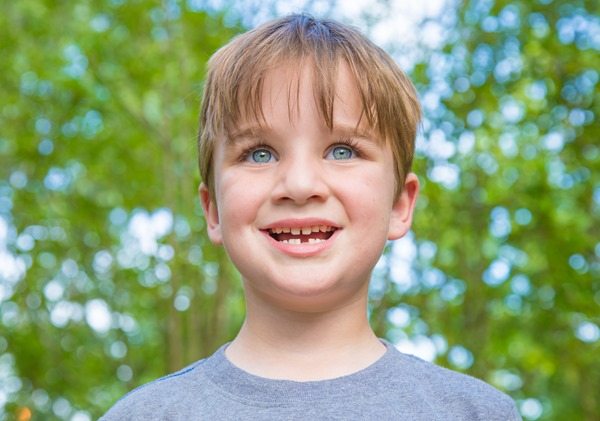 ….The kid has a top-notch brain, without a doubt.