As we approached 4th grade, I felt my rule-following self and rebellious self fighting each other (which is a pretty much daily battle anyway.)

I know that it’s “expected” to study state history in 4th grade, but I still remember my textbook. It was awful. And with a little research, I found out that Alabama textbooks are still awful. And I did not want to foist that piece of crap on my daughter.

Ali enjoys learning about the history of our state – many of our hiking trails go through old iron mining sites – Red Mountain Park, Ruffner Mountain Nature Preserve, and Tannehill,to name a few. Ali has asked me to google the history of each park because she enjoys understanding them.

I didn’t want to squelch that interest with the worst textbook on the planet.

So I decided, in a rather out-of-character move, that I would plan and create a hands-on Alabama History curriculum for my daughter, and in doing so, perhaps other homeschool families who want to do something a little different.

My goal with this project was to create a chronologically-ordered program that would be heavy on field trips (ideally one a week) and hands-on learning. In addition to the field trips, we would:

– Read biographies or other topical books on the subject of the week,
– Write reports on the field trips and books,
– Take photos and create projects and drawings of our journeys,
– Interview people who either lived through or are experts on different eras in Alabama HIstory.

By the end of the year, Ali will have created her own Alabama History textbook. 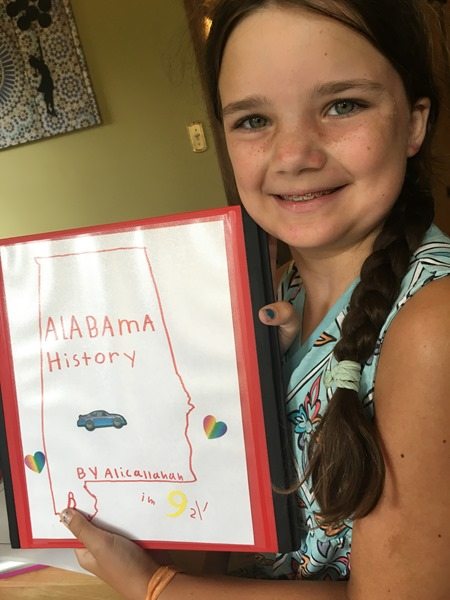 As a perk for tackling this all-encompassing program, I bought Ali something she’s been wanting for a while: her first camera. I made sure to get one with wi-fi built in (like mine but for 5% of the price) so that she could transfer pictures directly to her iPad for editing, and since I have a wi-fi printer, she could then print them from her iPad.

I put together a timeline-ordered spreadsheet with the help of Google, incorporating all of the field trips I’d also thought of. I’ve been tweaking it ever since, and will continue adding to it and changing it as the year goes on. I am positive that it will be a work in progress until we hold up the “Last Day of School” signs. 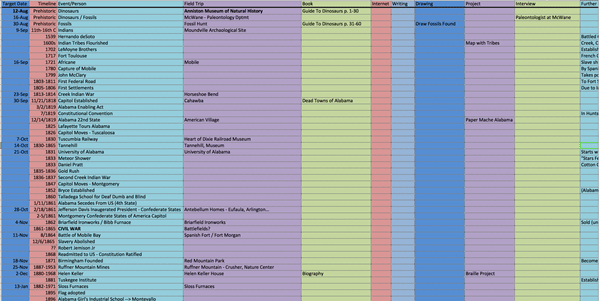 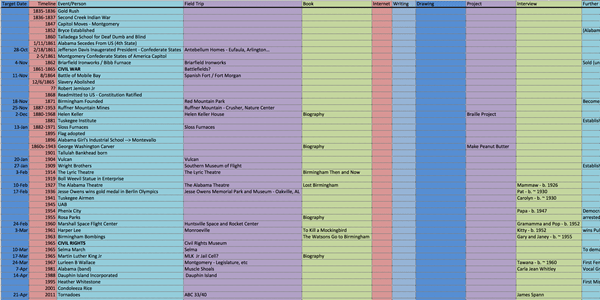 What? Can’t read my timeline? If you’d like a copy of the spreadsheet in its current form, click here. I’ll add newer versions to that folder as I go along, or as requested.

But, in case you want the short version, here’s our current list of potential field trips in chronological order…

(If you’d like to get notifications from me about our upcoming field trips so that you can join us, let me know.)

Since we’re going in chronological order, the first few weeks are all about dinosaurs. Alabama is actually the best place east of the Mississippi to find Dinosaur fossils, and we’ve been fossil hunting ourselves (finding plants rather than dino bones but still), so it’s a very relevant subject in Alabama History. Ali began reading a book on dinos, and then we set out for our first field trip last Friday – to the Anniston Museum of Natural History. 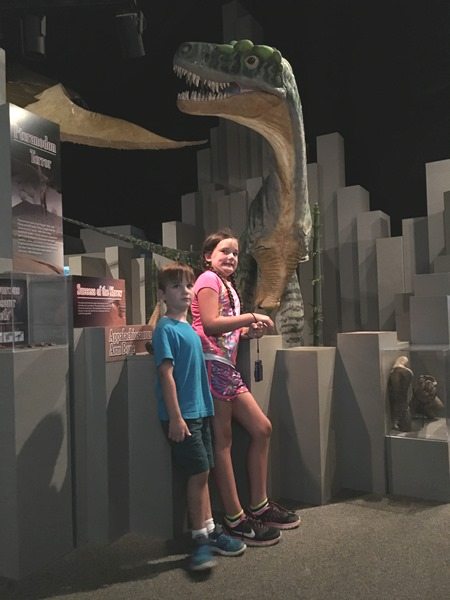 It’s a fantastic museum full of fossils, dino bones, dino models, stuffed animals from all regions, and couple of 2,300 year old Mummies (one of whose toes were beginning to stick out of her wrappings.) I hadn’t been there since I was a kid, but many things were the same. Right down to the tiny metal skunk hole (who doesn’t need to experience the smell of a skunk??), something I specifically remember smelling when I was their age, but my kids refused to stick their nose in the scary little door.

At least I can rest easy, knowing that I’m braver when it comes to skunk holes.

Ali did, however, put her arms into the “Blind Feelers”, where you feel the texture of wildlife without seeing it. She later wrote about it in her follow-up paper, the phrase that was the highlight of the whole essay: 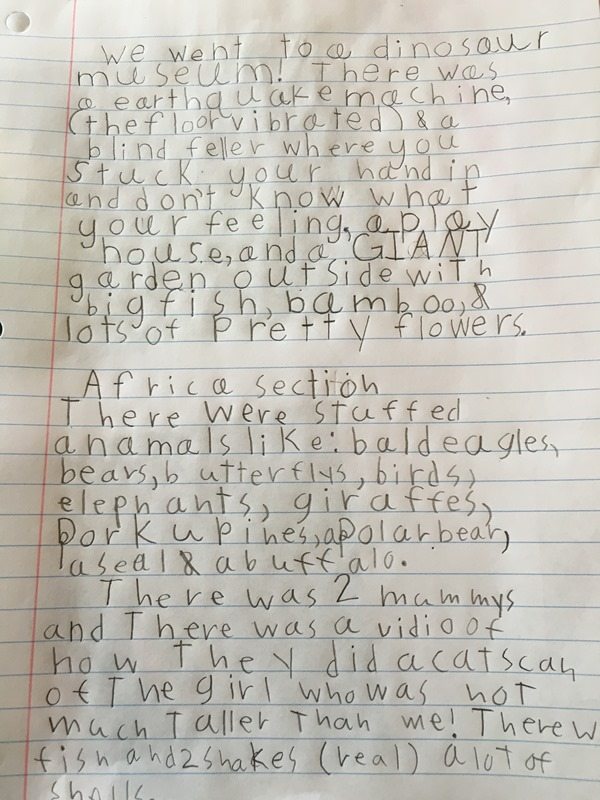 Gah. Those Blind Fellers were so awkward.

She also put a few photo pages in her Alabama History book for illustration. 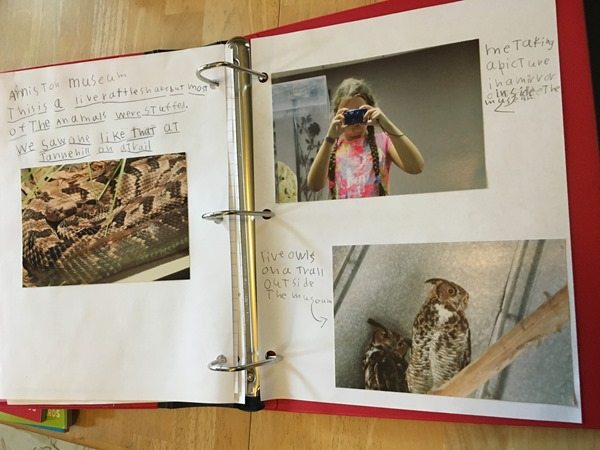 (Tip: Post-It Picture Paper is AWESOME for school projects – just peel and place. But it appears they’ve maybe quit making it? I just stocked up.)

Her selfie-in-the-mirror photo was my favorite from the whole trip. I mean, what photographer hasn’t had this as their profile picture? 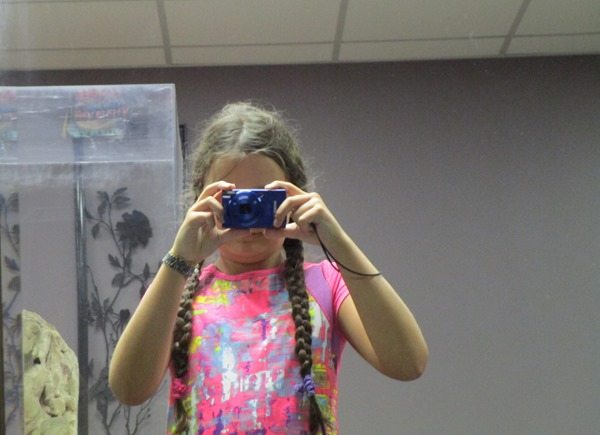 Noah, who had moaned and complained the day before about having to go on a field trip, squealed with glee, skipped through the museum, and ran to me with a hug and a kiss and a “THANKS FOR BRINGING US TO THE BEST MUSEUM EVER, MOM!!” — several times! 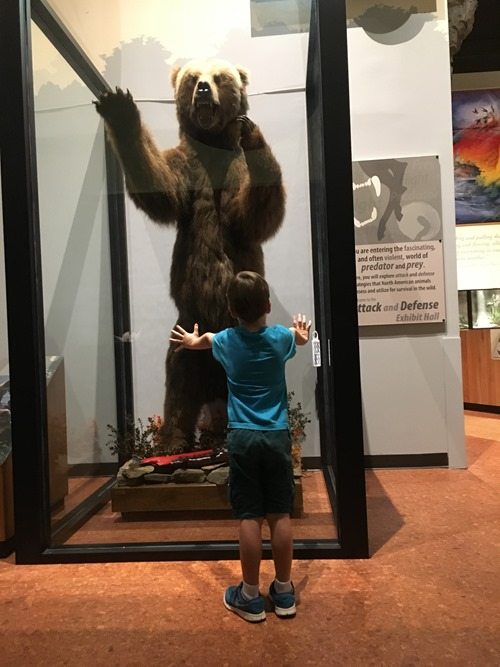 He was mesmerized by it all. 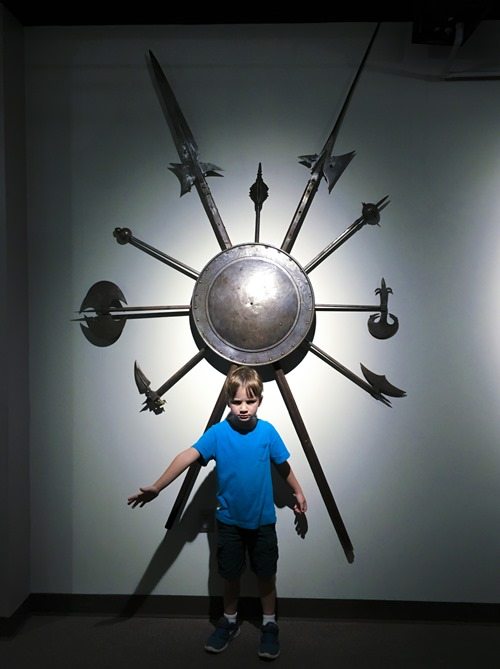 My Mom was with us, and Noah told her it was even more fun than going to her house. Oops.

The gardens outside the museum are gorgeous, too, so we hung out there for a while and honed our photography skills. 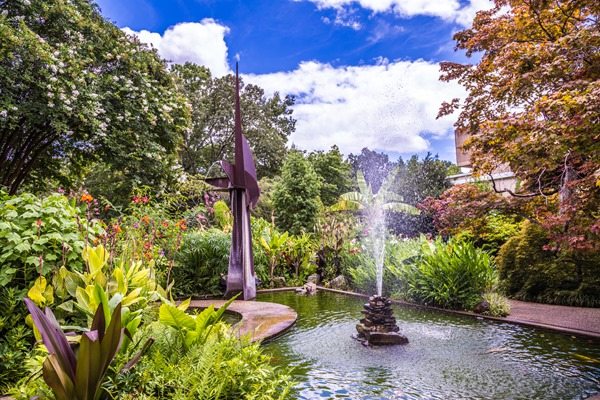 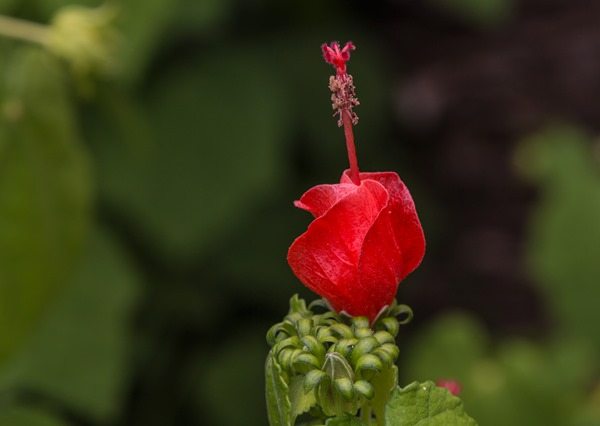 (My photos above, not hers.)

(But she did manage to grab a picture of her brother touching a cactus. Which is an important skill for a photographer. Always be prepared when things might get interesting.) 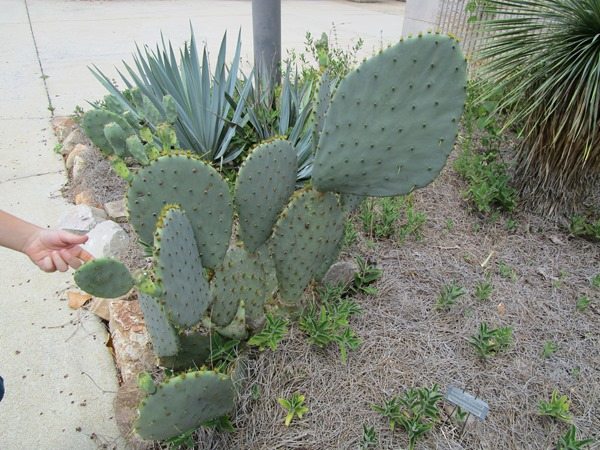 Before we left, I knew one thing we had to do. I have a photo of myself and a friend, at age 7, on one of the benches along a path at the museum. I had to recreate that photo with my lookalike daughter, even though she’s two years older than I was in the picture. 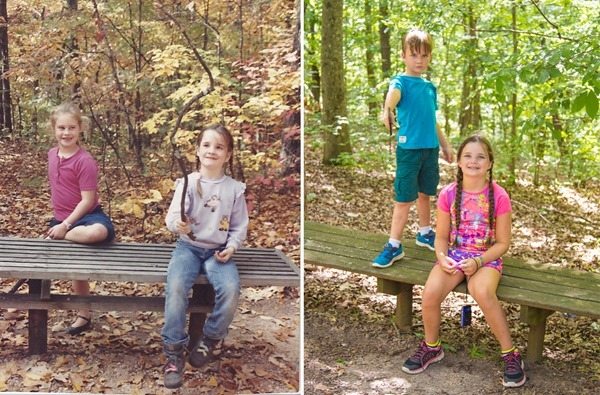 Yup. Two years don’t matter much when it comes to mine and Ali’s twindom. But she has way cooler shoes.

I’d love to know your interest or non-interest in following our Alabama History journey. I want to document it somewhere, but a weekly or bi-weekly post here seems like I might annoy a bunch of people with the history of a state they don’t live in. But on the other hand, my blogging mantra has always been to blog what my life is about right now – and for the next year, a big part of it will be Alabama History. But if I do, I promise to still blog about many, MANY things that don’t have to do with school. Any feedback is welcome!