The Awkwardly Intense Busybody Club used to be my favorite bizarre occurrence to report on, garnering itself its own category on my blog. But now that my kids are older (the AIBC tends to be more magnetized to babies), it’s been a while since I’ve had a stranger tell me what I ought to do as a parent or that my kid isn’t being careful enough. From telling me that my baby is going to choke and die, to being very disturbingly inquisitive as to why my children aren’t in school, I’ve nearly missed the AIBC telling me what I can and can’t do.

I’m not a helicopter parent, nor am I a free-range parent. As in most areas of life, I fall somewhere in the murky in-between, or the “logical middle ground”, as I often like to think of myself with perhaps a smidge of superiority.

I have the personality of a paranoid parent mixed with the philosophy of a free-range parent, making me a strange and perfect hybrid. I almost always know where my kids are, but I am also more than happy to let them take risks while exploring their surroundings.

Sure! Climb that tree.

Want to jump on your bed? Why not?

Of course playground equipment is there for you to climb on top of and make the playground helicopter parents uncomfortable!

This philosophy of mine, however, is aided in its smashing success by the fact that I have two extremely over-cautious kids. They weigh risks, they take their time climbing on something risky, and they rarely get hurt. In fact, they get hurt way less than their mother.

All that to say…

We bought a Little Tikes Cozy Coupe a few years ago when Noah was younger. Over the life of the coupe, 80% of the usage it has seen has been on its roof – which apparently is way more entertaining to sit on than inside the car. I’ve watched both my kids climb on and off that roof so many times that I tend to forget that the car even has an interior. And, surprisingly, considering its tall proportions, the Cozy Coupe has never tipped over. That thing is sturdy. It’s bottom heavy, and it doesn’t even wiggle under the load of rooftop passengers.

So, this Spring when Noah decided that he was brave enough to climb up onto the car and then jump, I might’ve flinched the first jump or two, but I didn’t discourage him. He was good at it, he added his SuperNoah cape to the performance, and so I decided it deserved a slo-mo video.

It was even more fun when I took a still from the video, edited out my neighbor’s house and the Cozy Coupe, and presented it to Noah as his Superman photo. 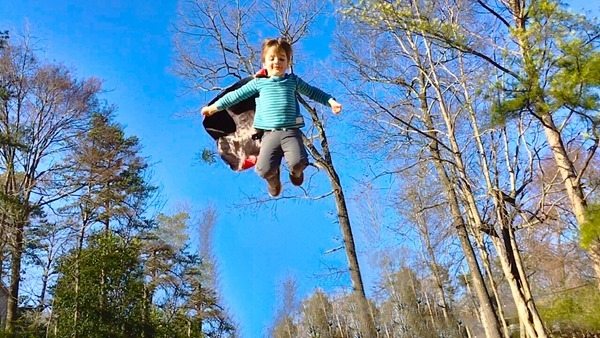 Perhaps not quite as good as his Iron Man shot from a few years ago, 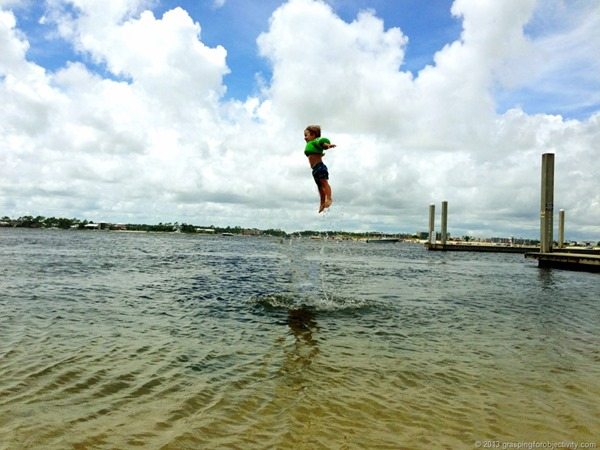 But that’s hard to beat.

The video, I felt, caught the essence of childhood – adventure, experimentation, thrill, and joy. Plus a really good excuse to use that House of Pain song.

Until I got shamed.

…Not by other mothers.

…Not by over-cautious grandmothers.

…Not even by those annoying non-parents that feel they have the right to tell parents what they should do – you know the type.

Little Tikes themselves commented on my video, basically telling me that I needed to be a better overprotective parent. 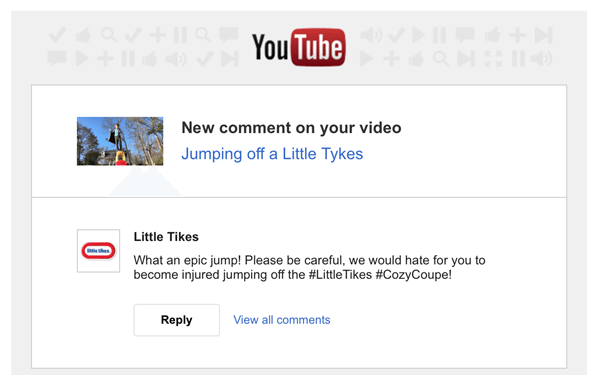 Yes. The makers of Cozy Coupe themselves felt it best to warn me of the dangers of enjoying childhood, and also their product.

(For some reason the comment doesn’t show up every time for other users. Maybe they only wanted to privately shame me, not publicly. Maybe they were trying to give me the opportunity to secretly repent of my grievous parenting sins.)

I get that this was probably some legal move on their part to ensure that I couldn’t sue them if Noah broke his fingernail next time he tried this oh-so-dangerous trick, or perhaps to keep viewers from doing the same. But it’s not like this video had gone viral. It had a measly 115 views when they felt the need to parent my parenting.

I flung myself on my MacBook and wept giant tears of sorrow from their between-the-lines accusations against me.

Okay maybe not. But I still felt like I needed a hashtag.

And in protest, we should all have our children jump from their Cozy Coupes and share the videos on the internet. Flood the YouTubes with dangerous Little Tikes play, people*!!

And for Little Tikes, I offer this letter.

First, I’d like to apologize for damaging your clearly quite fragile sensibilities of what childhood should look like.

I can only assume that your Social Media Monitoring Intern is a Millennial who was Helicoptered all the way up into his/her teens, only allowed to color, eat kale, knit beanies, and things equally as unhazardous.

Thanks for your concern over my parenting decisions. My kid is okay. I promise. If you think he’s not being careful, you really should meet his cousin Eli, who, if given 7 Cozy Coupes, would have them all stacked up in a Nice Cozy Totem Pole – and he would be the head at the top of the Cozy Totem – before you had time to finish your judgey comment. But besides that, please read this article about parenting and get back to me.

And in the meantime, let kids be kids. Or quit making toys and find a safer product line – like bean bags, maybe. Oh – no – someone could suffocate. How about microwavable containers? Nope – someone might get their finger pinched in the lid. Perhaps water bottles? Oh wait! e.Coli might grow in them.

You know what – you might just want to quit making things.

* Rachel assumes zero liability for broken hair follicles or anything more severe from her clearly quite hazardous advice. After all, Rachel is a bad mother and should not be listened to. Just ask Little Tikes. However, if your kid actually finds joy and excitement from jumping off their Cozy Coupe, they can write a thank you note to Rachel anytime.