It took weeks of parental foot-putting-down for us to convince Noah to stand up to pee.

He liked sitting down just fine and saw no reason to stand, thank you very much. Lazy peeing is good peeing.

And finally, when out of sheer obedience he would stand, he would inch closer and closer to the toilet until his thighs were front-hugging the toilet in a most uncomfortable-to-watch level of familiarity.

I prayed against so many toilet façade germs during those weeks of bowl-sidling, but was, I suppose, somewhat grateful that there was NO WAY the kid could possibly miss the toilet. Because when giving a thigh massage to a toilet, one cannot have bad aim.

But eventually he moved on from his intimate relationship with toilet bowls and seemed to have a decent relationship with the the act of urination – there was no toilet contact, and his aim was 99% accurate. I felt like I had succeeded in training him up in the way that he should go.

Noah and I had just arrived at small group at a friend’s house – Chris and Ali were coming separately after stopping by the store. Things didn’t start out well for Noah. We walked in the door, and his very-excited three-year-old friend Abigail ran around the corner, screaming Noah’s name.

Ever the dainty little lady, she tackled him with the power of an Alabama National Championship Linebacker in the hug of the century. He immediately fell backward onto the floor, at which point the gigantic dog, a creature that Noah carefully crafts his life around avoiding, jumped on top of the poor child and began licking his face.

I sifted through the dogpile of dog and Abigail to rescue my flattened son, then safely delivered him to a chair.

“I’m going to color you a picture, Noah! Look! Coloring!”

…At which point Abigail’s older sister, Caroline, came in and abruptly pointed out that the picture in question was her picture and it was not to be colored on by smaller hands nor given to houseguests.

This was an altogether devastating turn of events for Abigail, and in the same passion with which she had she greeted Noah, she wailed her sorrow into our ears over her lack of coloring muse.

Noah and I quickly exited the room to give her some space.

I found a quiet spot in the living room, and Noah headed to the bathroom.

A few minutes later, more friends arrived for small group. Passing by the bathroom on their way to the living room, they were able to detect faint calls that sounded like my son.

“Noah’s calling for you.”

I got up and walked toward the door skeptically.

“No, he’s calling for Daddy. Which means he doesn’t really need me – he just wants Chris to wipe his butt because Chris will and Noah knows I’m retired from the butt-wiping business.”

But, to end the nonstop yells for Daddy, who was not even there, I opened the bathroom door.

Words formed, but they couldn’t leave my lips.

“HOLY CRAP okay he does need me.”

Noah turned his head toward me from where he was standing in front of the toilet, and offered explanation.

“I had to tee-tee and I had to poop too and I tried to keep my bottom closed while I tee-teed….but it all just came out.”

And out indeed had it come. He was on his last of ten days of antibiotics, which always gives him a healthy dose of what he refers to as “water poops.”

Except in the case of what was in front of me at that moment, it was more like Fifteen Cans of Hormel Chili Poops.

It was like a blender set on liquify and left on all day. With the lid off.

It was like a Hershey’s Factory caught in a heat wave.

It was a Venti Mocha Crappuccino with an extra shot.

It was on his legs. On his pants. On his feet. There were three separate piles on my friend’s bathroom floor. And there appeared to be a freshly formed river flowing through all of the crevices of his underwear. 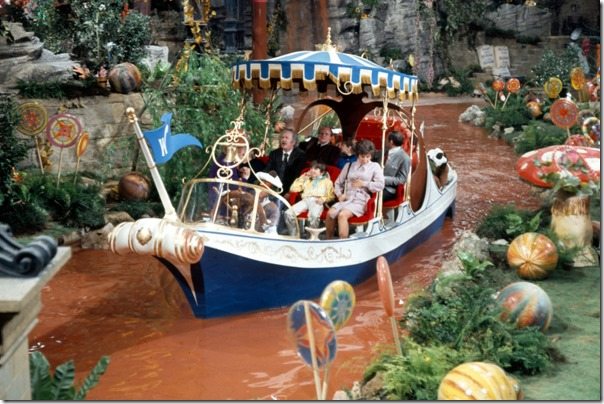 It’s definitely one of those moments in life where you don’t know exactly where to start. But you know that the only way you’re going to accomplish the task at hand is to just pick an area and start rowing.

I chose the floor, since it was the one thing affected that did not belong to me.

But first, I needed proof of what I was about to do on behalf of Chris, the parent that had actually been summoned to the scene. So I took a picture. A picture that I will not show you. Because it is an image that I will see every time I walk into my friend’s bathroom for the rest of my life and you do not need to carry that burden. 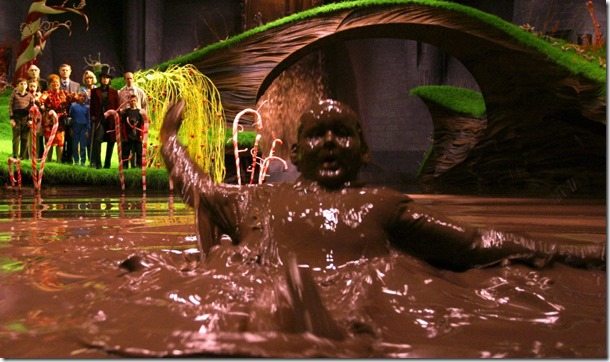 I grabbed some toilet paper and began trying to sop up the piles of butt pudding coating the floor.

Noah took exception to my strategies. “Mom!! It’s on my feet!!’

Then he became paranoid about the situation becoming more complicated. “Mom!! Don’t put so much toilet paper in the toilet! It’s going to STOP UP!”

“Well can you reach it to flush?”

He carefully leaned forward and began flushing the toilet after every other wipe-and-dump.

(Sorry, dear homeowners, if your water bill is high this month. And also I owe you a roll and a half of toilet paper. And a new house.)

I removed defecation from the floor and pertinent parts of Noah, then carefully had him swivel and get up on the toilet so that I could get to the fronts of his legs and his pants.

And I was traumatized all over again. 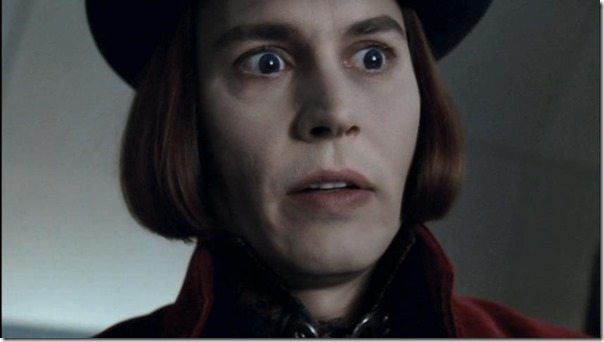 When I got the full picture of that Hungarian Goulash dripping from every inch his garments, I nearly lost my ability to parent. Ever. Again.

Then I took another picture.

My next order of business was containing his underwear river before it got turned sideways and became a waterfall.

I took the trash bag out of the trash can and carefully shimmied it up and over Noah’s pants, praying to God for protection of my hands. Then I removed the tragedy and tied up the trash bag.

Only later, after Noah was happily asleep, did I wonder what pants I had thrown away. Were they new? Old? Did they fit? Were they too small?

But it didn’t matter in the moment. They could have been Gold-Encrusted hand-me-downs from Prince George himself and I would have tossed them without a thought. The only thing that mattered in that moment is that the wasteland formerly known as clothes be contained in airtight plastic.

As I was performing this delicate operation, Noah said, “I’m so sad. I want to be playing right now.”

I looked up from squeegying poo off of his legs and felt sorrow for him.

For just a second.

But then I remembered that I was in the process of squeegying poo that did not belong to me. 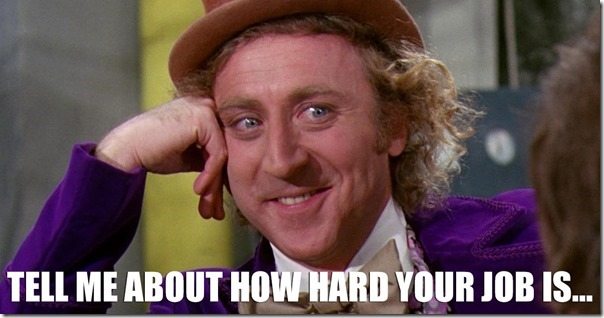 Meanwhile, Chris and Ali showed up. Since we put our kids to bed at small group, this meant that I now had someone to yell for to get Noah’s pajamas and fresh underwear out of his bag. And also find some cleaning supplies.

Chris came with clothing and Clorox wipes. I yelled for him to leave them outside the door. The scene was so bad that I simultaneously didn’t want to have to subject him to it (except via picture, later) and I felt the need to yell for him to hear me through the lava filling the bathroom due to the erupted anus volcano.

I Cloroxed the floor. Then Cloroxed it again. Then looked at the giant brown stains on Noah’s legs – brown stains I’d been furiously rubbing with toilet paper. And I Cloroxed my son’s legs.

I immediately felt guilty about putting the world’s harshest chemical (in wipe form, but still) directly on my child’s skin, so I yelled for Chris to bring me paper towels. I moistened them and scrubbed the chemicals from his tender little legs.

I still felt guilty (and despite the Clorox I also felt that my son was infinitely unclean), so I shoved him in his pajamas and sent him to find his father to find a bathtub and re-clean everything below the child’s waist.

But right before Noah left the bathroom, one of the countless children yelled “I think he’s with the dog!!”

Noah, naturally thinking they were missing and trying to locate him, yelled back, “I’m not with the dog -I’m in the bathroom! I just….pooped a little.”

23 thoughts on “The Perils of Standing Up.”