“That bad smell you’re sniffin’ is my feet.” 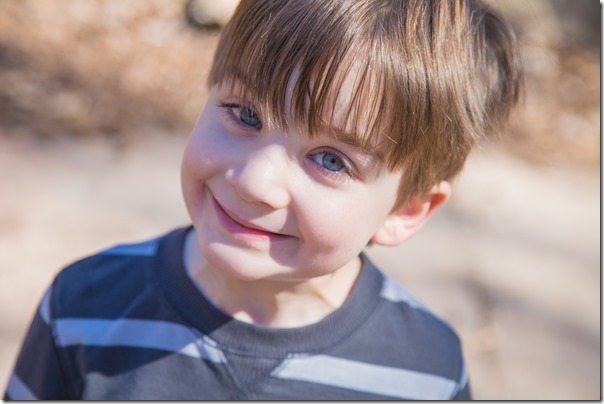 Because that’s what a little boy tells his sister, who is across the room, when she happens to have the sniffles.

He was sitting in my lap, though, so I should know – he wasn’t wrong.

His shoes have smelled so dead-rotted-carcass lately that one night I was in the living room after his bedtime, and I put all the throw blankets in the laundry room to wash and had sniffed every pillow on the couch before I realized that his shoes were hiding under said couch.

It’s like he plants little surprise gifts for me to gleefully discover while he sleeps. 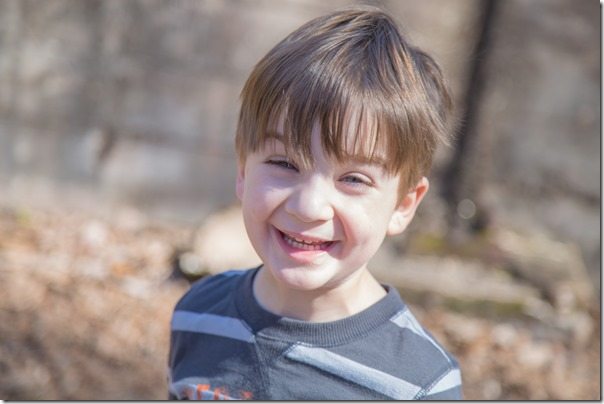 But he’s not just a rancid smell.

He can see my gas gauge. And notices when it turns from blue to orange. And freaks. The crap. Out.

“Mommy please can you get gas right now? There’s a gas station! STOOOOOOOOP!!!”

And then there are his veiled suggestions.

“Mommy I’d just like to let you know that the Waffle House is nearby.”

But his latest craze in over-stepping his job description is being a hands-on-the-wheel hawk. I really had no idea how often I took both hands off the wheel (usually when moving half a mile an hour or less) until Noah decided that freaking out about it was his new mission in life.

The first time it happened, I thought it would be fun to egg on this annoying little quirk in my son, so I began singing and holding my arms in the air like I just didn’t care.

I mean. What’s the point of having a new car with perfect alignment if not to drive without my hands on the wheel?

This did not help my life.

It did, however, ramp up his constant state of car anxiety by a gigapanic. He could see every microsecond that took place while I switched between driving with my right hand and my left hand and he would start screaming and/or crying. Because nothing makes a Mommy a better driver than a needlessly wailing five-year-old.

As I was driving out of the Chick-Fil-A drive-through (at a quarter mile an hour) and handing the children their bags of food, he began crying and yelling “Don’t drive right now!!! PLEAAAAAAASE!!!”

After the fifteenth time of telling him to never mention that my hands weren’t on the steering wheel again, he adopted the habit of simply growling quietly. 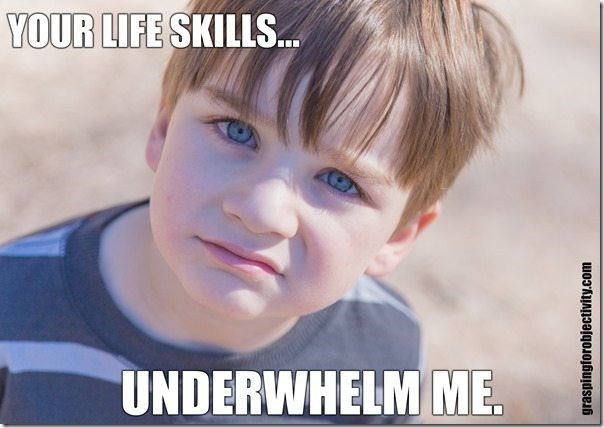 His anxiety also bleeds over into his life ambitions…such as this conversation we had.

“When I grow up I want to shoot fireworks.”

“You can read on the internet how to do it.”

“You will when you’re grown up.”

“But where IS the internet?”

“You know what I’ll just teach you how to shoot fireworks.”

And he has many questions about the future, too. Questions I do try to answer with the best of my abilities.

[I explain the entire democratic system]

…It doesn’t take much to imagine the conversation that particular friend overheard her dad having about voters showing their booty.

But Noah’s greatest talent, by far, is his ability to always plant his elbows firmly into my boobs.

Whether he’s in my lap and sitting up, or crawling into my lap, or I’m three rooms away and there’s no need for elbow-to-boob contact of any kind, he slays me. Literally. And it’s not like I haven’t told him every single time to never ever plant his elbows into my chest ever ever again, but apparently, elbows have no long-term memory.

Right now, because I’m still not allowed to lift him, his use of elbows to lift himself has become even more pronounced.

Which is how we reached the climax of our elbow/boob misunderstandings.

I was laying on my bed first thing in the morning, and he came in to cuddle with me/beg me for breakfast. Instead of going around to the other side of the bed like a NORMAL HUMAN, he decided to lift himself up and over me.

Instead of pushing on the bed with his palms to lift himself like a NORMAL HUMAN, he planted an elbow in each boob and lifted his entire 48 pound body with a double-elbow-to-boob deadlift as if he was going to use them to javelin over me.

(And they totally felt like javelins, lemme tell you.)

…Except that he didn’t seem to know how to transition from hanging from his elbows to climbing onto the bed, so he just hung there, looking at me expectantly.

In the eternal second during which my boobs were being ground into my spinal column, my thoughts went as follows,

“THE PAAAAAIN!!! Oh crap I can’t lift him over me I’m gonna die I’m gonna die right here whatdoIdo to get this kid and his pickaxe elbows OFF MY BOOBS RIGHT NOW!?!?!”

My survival instincts kicked in and completely eclipsed my nurturing mother instincts. Without processing what was happening, I grabbed his shoulders and in one move, shoved him off of the bed.

He landed a few feet away in a clump, and I looked down in horror at what I had just done (okay really I was just hoping that this finally taught him to respect the boobs.)

He started crying and climbed up onto the bed (this time with no boob contact) to be comforted, but not without giving me a shocked and accusatory look. After a full examination, I was able to determine that his feet got a bit rug-burned from the fall.

(But this rug-burned feet recovered way faster than my boobs, so there’s that.)

Since I know his Book of Blame has an extremely long-term memory and he’ll be saying “Hey Mom remember that time you threw me off the bed?” for the next fifteen years, we’ll see if that helps his elbows remember the lesson from the moment. 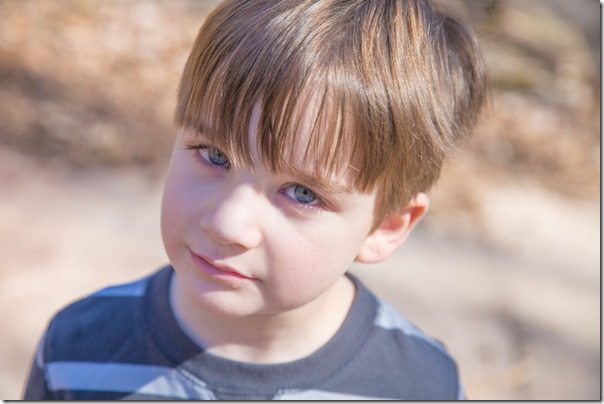 13 thoughts on “On Parenting The Male Variety.”