This won’t make a bit of sense without first reading Part One and Part Two of this soap opera.

And then there was Friday.

I knew it would be a whirlwind day, what with both of the children having doctor’s appointments in the morning and me having one that afternoon. So Ali and I hurried through her school, and then I took the kids to see their Pediatrician to get all of their various aches and bumps from the wreck thoroughly examined. She made sure Ali didn’t have any signs of concussion from her window impact, and tickled the children to hiccups during all of the sore muscle checks. Ultimately, it is just going to take time for them to heal.

Their necks have been the slowest to recover, as they are still sore when turned over a week later. But thankfully, children tend to be more elastic than adults.

As we were leaving their doctor, I got a text from my neighbor Renee (remember? The one that was supposed to go into labor any minute and I was her on-call first responder?)

She was pretty sure she might be in labor, and was at Target down the street. We sped to Target and met her at the internal Starbucks. She had called the nurse, who told her to “wait and see.”

I asked her if she wanted to go on a walk with us. Do lunges. Find a trampoline. Go skydiving. ANYTHING to turn “wait and see” into “come on in.”

She, however, was in the middle of an insane maternity nesting obsession and turned all of my ideas down. She was appalled that Target did not carry spray paint because she needed it to finish her FALL CRAFT and her FALL CRAFT must be completed before the baby came so where did I think the closest place was that she could get spray paint for her FALL CRAFT?!

(Emphasis not mine. She might have screamed “Fall Craft” by the end of the rant.)

Um. Renee. You’re most likely in the early stages of labor. I think you can forget about the fall craft.

NO!!! THE FALL CRAFT MUST BE COMPLETED.

So I sent her on her way to Hobby Lobby where she would most likely be the cause of an intercom call saying “Clean-Up on the Spray Paint aisle – Bring a mop and the Wet Vac – we’ve got amniotic fluid!”

But I figured it probably wouldn’t be the first time – most likely many labor imminent mothers frantically buy all the things from that store. I mean they probably even have an intercom code for it.

“We’ve got a Mother Puddle in Paint Products!”

and then followed up with,

While I gleefully imagined the pandemonium that Renee was creating at Hobby Lobby, I drove Ali and Noah out to Chris’ office (we’ve discovered that they’re shockingly self-entertained in an empty office that they assume is their personal workspace) so that I could go to my doctor’s appointment in peace and be unencumbered for any impending Hobby Lobby –> Hospital deliveries.

I anxiously awaited an emergency text as my doctor checked out all of my aches and lumps, especially the ones surfacing after my ER visit. Then we discussed what I’d need to do to get all my parts back in working order. After careful experimentation and discovering that my neck probably wouldn’t get better on its own and, more disturbingly, a particular leg muscle injury would 100% prevent me from running without severe pain and hurting myself worse (which is crucial to keeping my Dysautonomia under control), that plan turned into three visits a week to my Physical Therapist for the foreseeable future.

I left my doctor and checked in with Chris, who had just left work with kids in tow. We agreed to meet at home, transfer to one vehicle, and go get some dinner.

After we detoured to the sunset, of course. 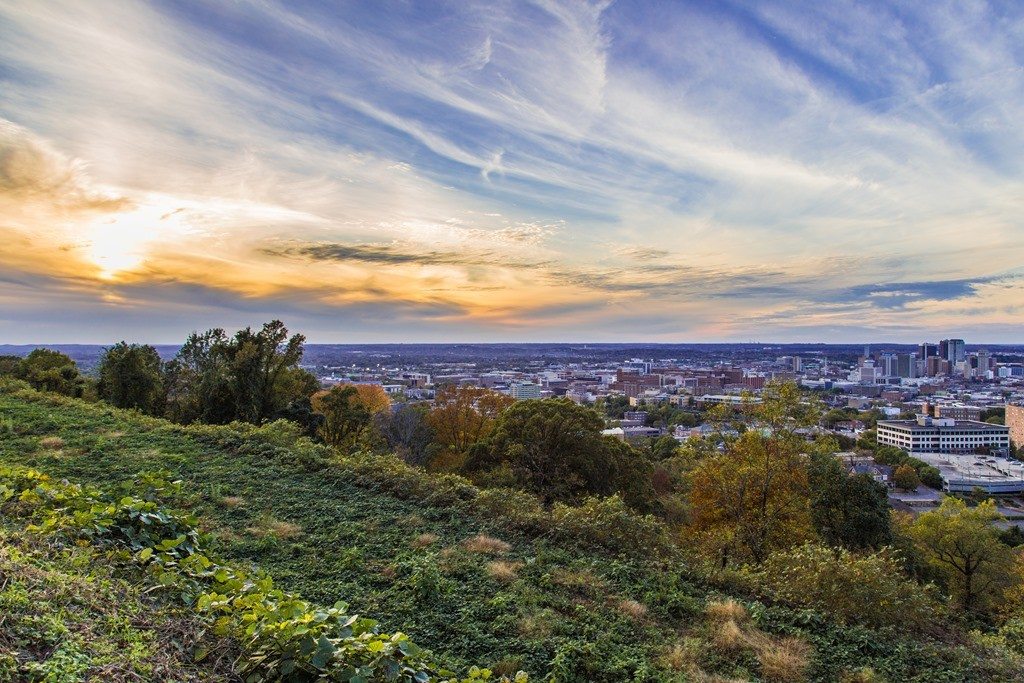 But alas. While we were on our way to dinner, Renee texted me again.

“I think this may be happening.”

“Okay. Do you want us to get our dinner to go?”

We arrived at Moe’s, but Moe’s is one of those places that is great if there’s no line but worse than the DMV if there is a line. So after giving it five minutes and no one moving forward, I decided we should leave.

Renee’s husband was home from work, so my preassigned task in that scenario was to spend the night at their house with her two kids, Jonas and Loulie, and also my kids. (Incidentally, this is a different neighbor than the one that I may or may not have killed her chicken, in case you’re wondering why she would trust me with her children.) Chris dropped me off at Renee’s house, then went home to pack me and the kids a bag (or 20 because he’s an overpacker), and then to take the kids to dinner attempt number two.

I ate Pizza at their house, while Renee’s husband and I analytically studied her for certain and uncertain signs of real labor – which I am sure was wholly appreciated by the one about to pass a child from her body.

It finally became apparent that she was definitely in enough pain to go the hospital, and I, being the insensitive friend I am, cheered at her condition.

I slept fitfully that night, checking my phone for updates and hoping I wouldn’t have any especially freakish sleepwalking escapades in their house. The new baby made his appearance a little after midnight, so I cheered again about not being wrong regarding the state of her labor.

The next morning, Ali practiced her babysitting skills, and adored every minute of it. 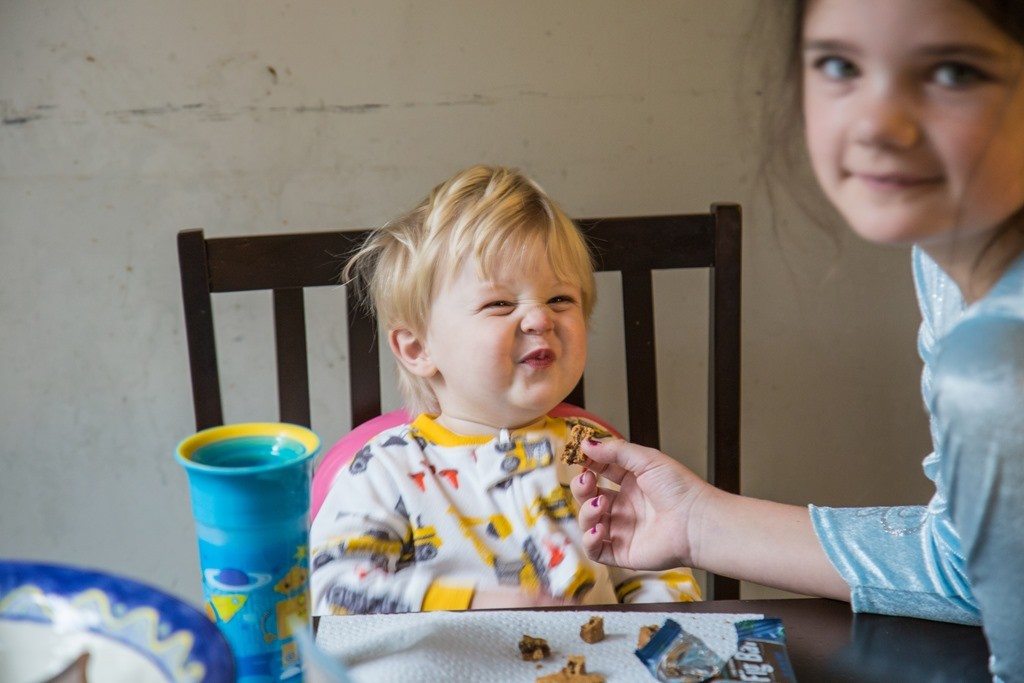 Jonas would only eat if Ali fed him, as he decided that she is the best human being on the planet, 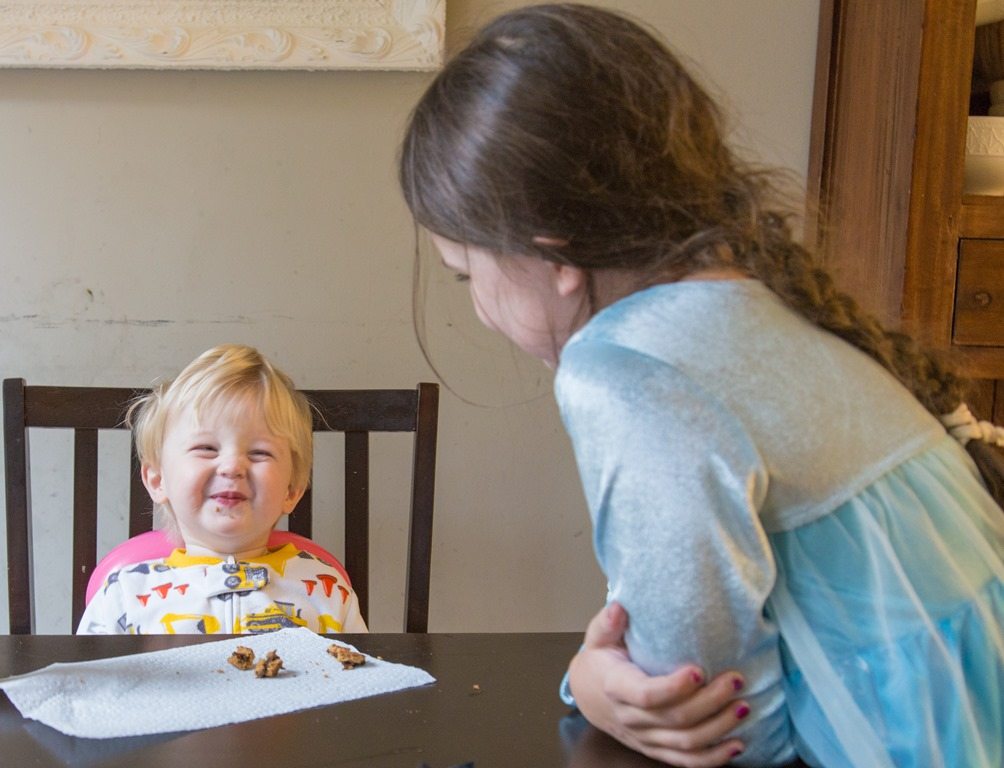 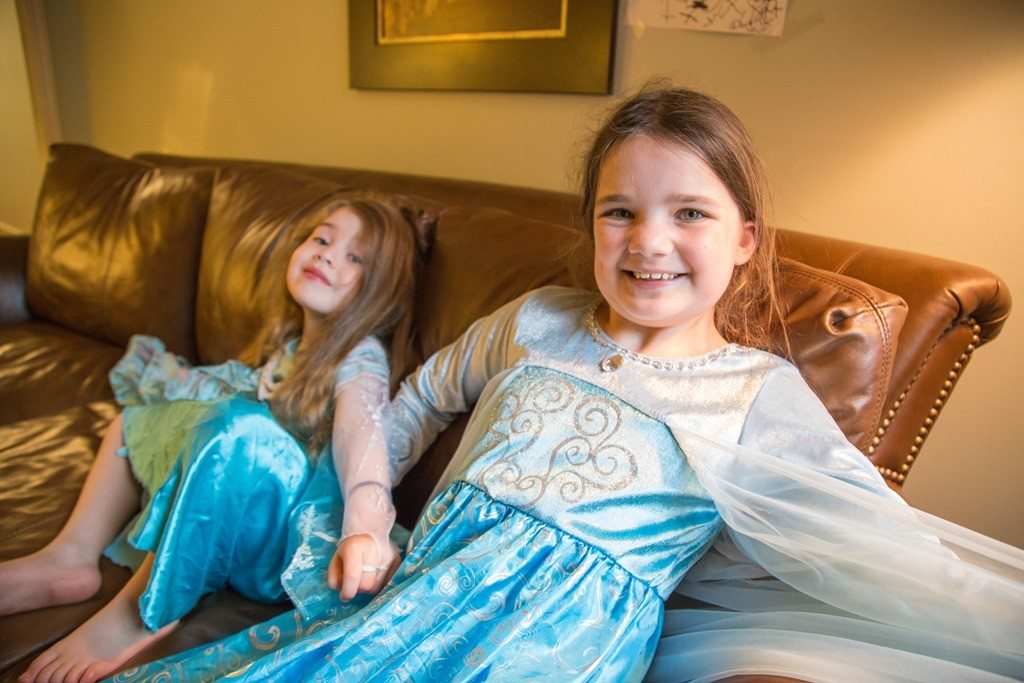 But we couldn’t just play all day.

These were serious times.

And I needed to prepare Jonas for what was to come.

I explained to him that his seemingly unfairly short days of being the baby were over. 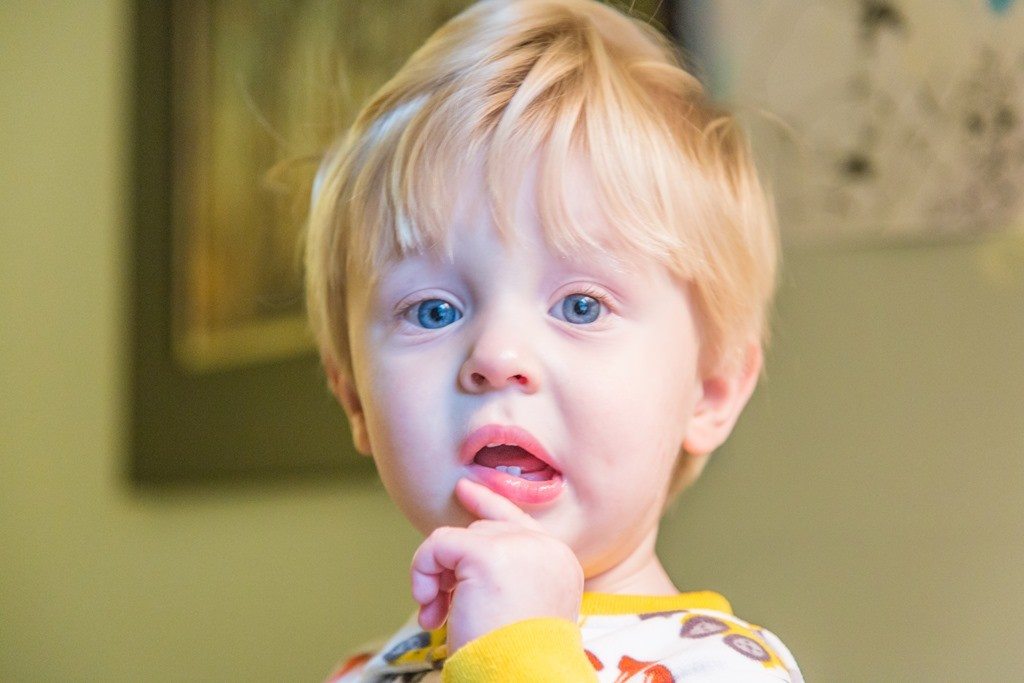 He was now…a Middle Child. 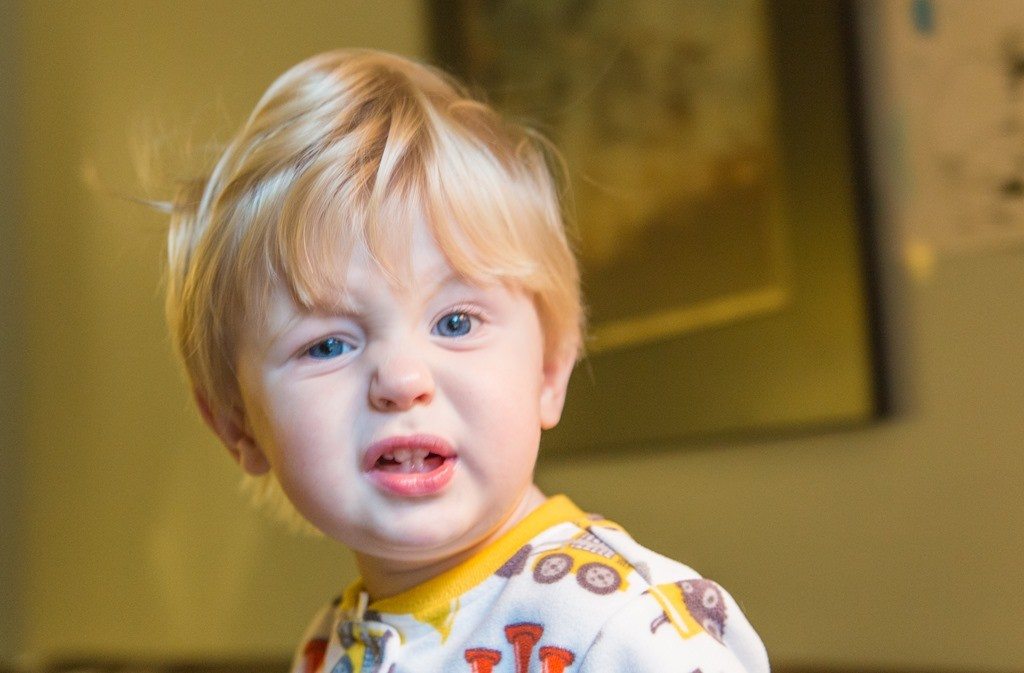 Then I explained to him what being a middle child entailed, and his hair stood on end. 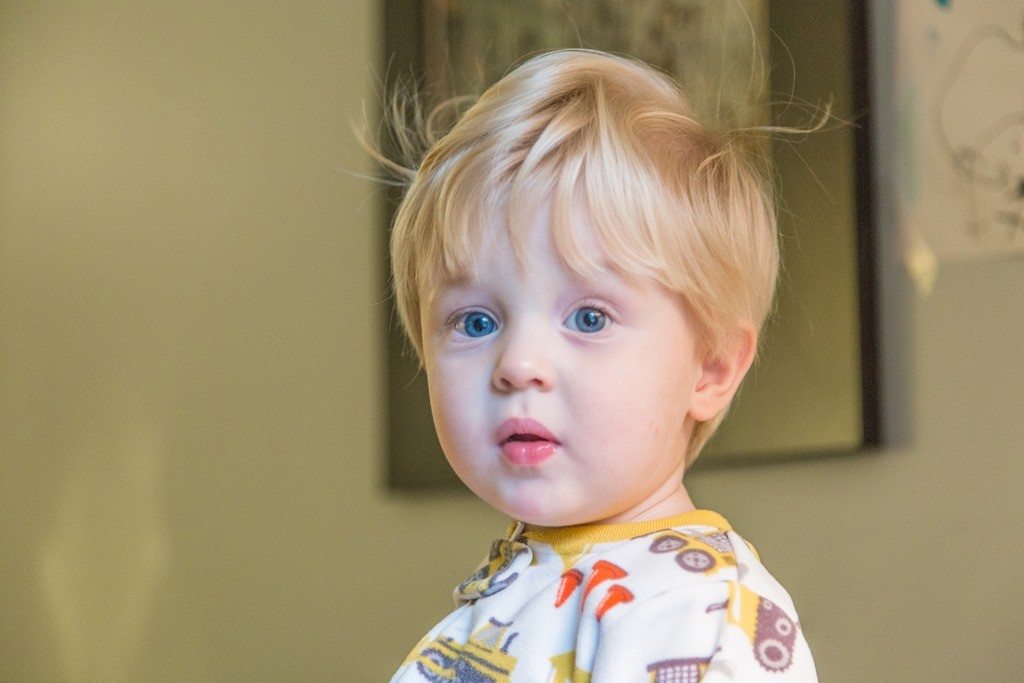 Loulie, however, was thrilled to hear that her status remained unchanged. 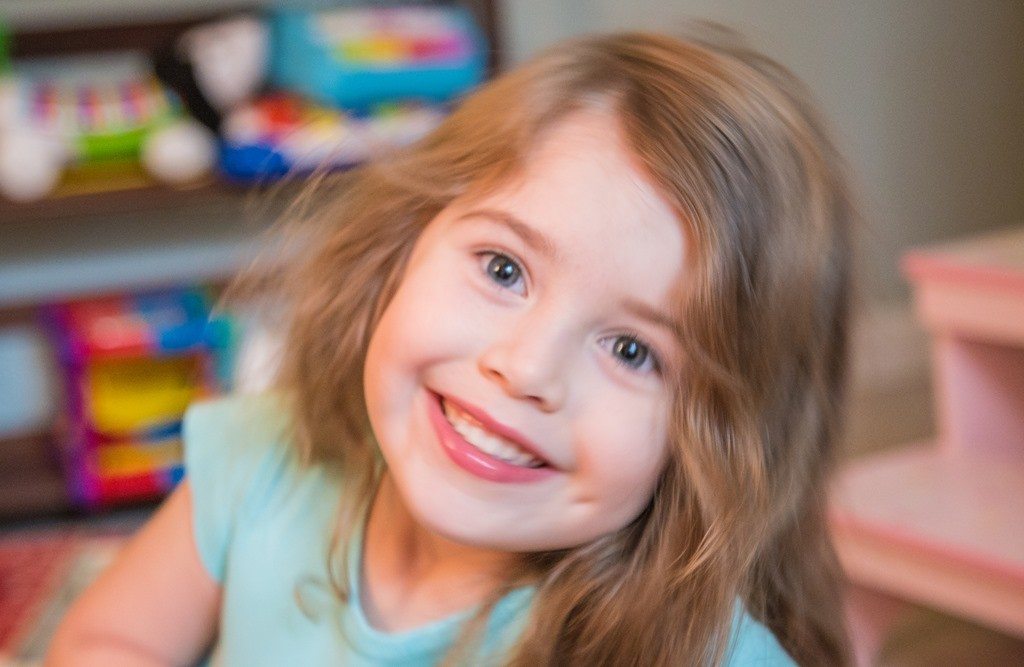 We stayed at their house until about noon on Saturday, when we passed the baton to a nanny.

At which time Chris immediately got to work finishing up our decorations for our annual Trunk and Treat. And rainproofing it, because storms for Halloween night were guaranteed.

I took the opportunity to take a muscle relaxer and lay in bed for a couple of hours – I hadn’t been home since Friday morning and, being the responsible human being that I attempt to emulate, I had not taken any pain pills or muscle relaxers while in charge of other people’s children.

So I relished my medicated and immobile short afternoon.

And then it was time to go give candy to thousands of eager children. Because Halloween doesn’t brake for wrecks. 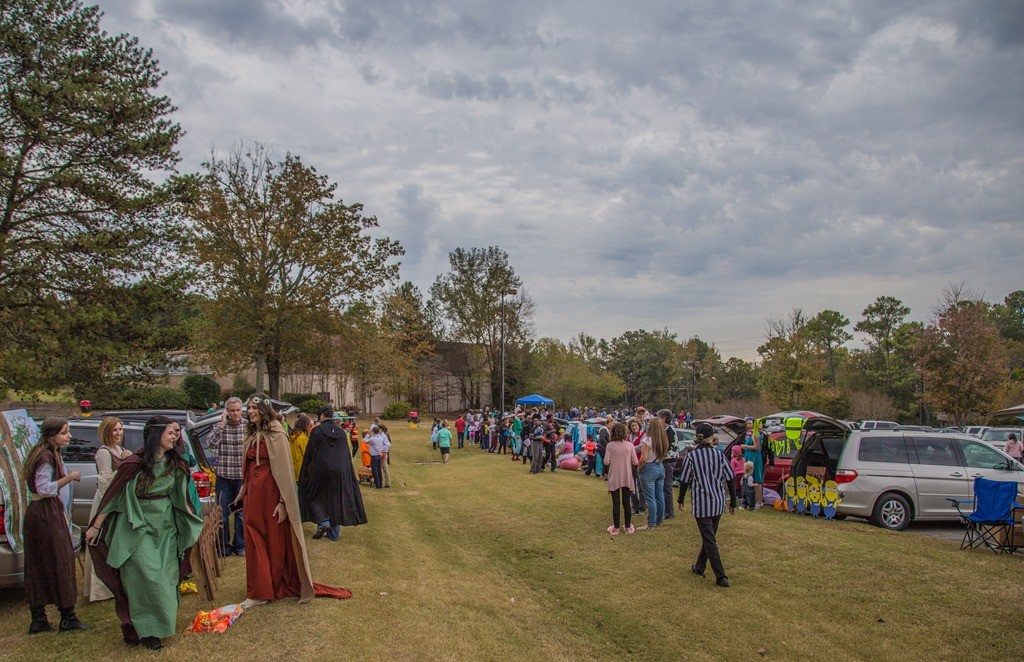 Our theme this year was dictated by a certain young man who had superhero aspirations, 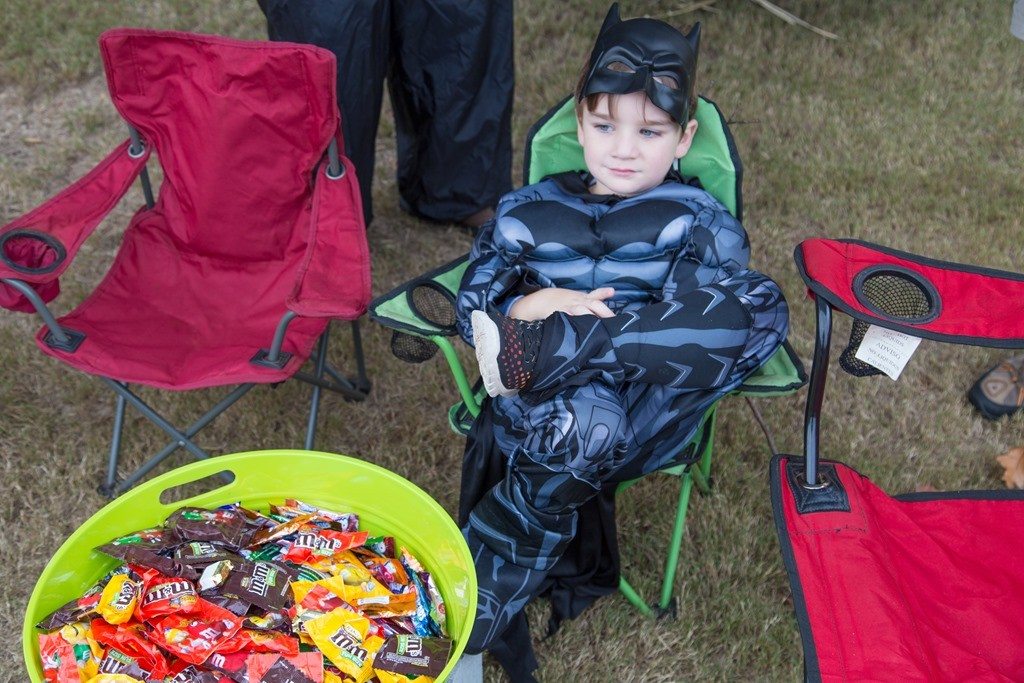 And his sister, who didn’t mind joining that plan, 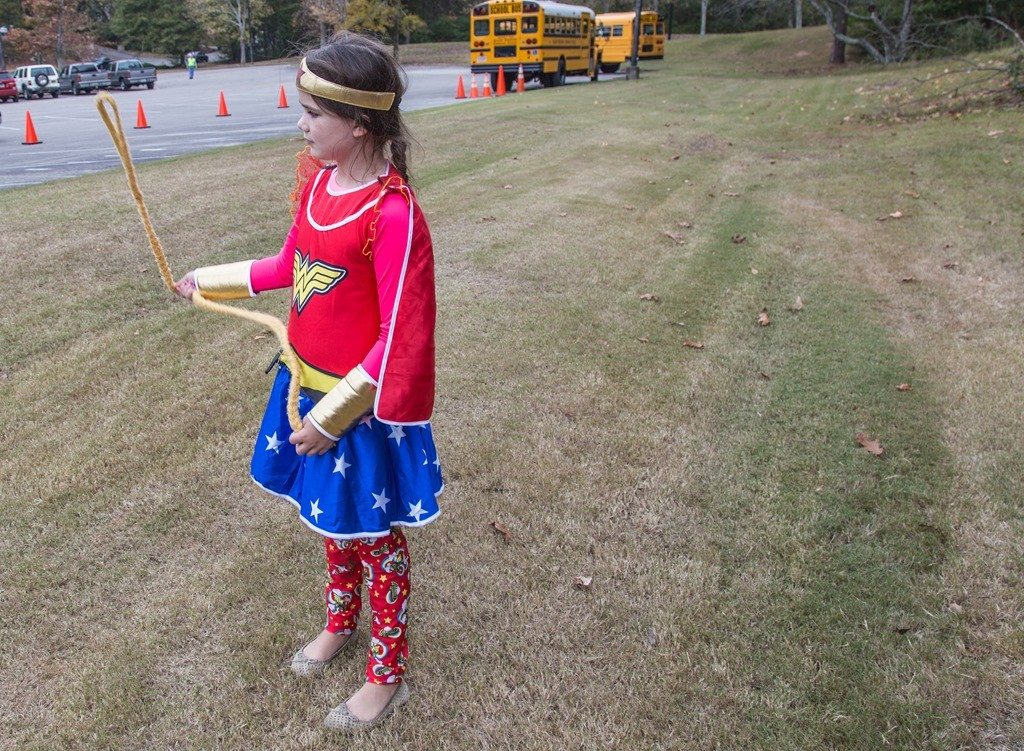 And his parents, who were way too busy with things like pneumonia and wrecks and ER visits and everything else that October brought to properly plan costumes, and were satisfied to simply be “Bam” and “Pow.” 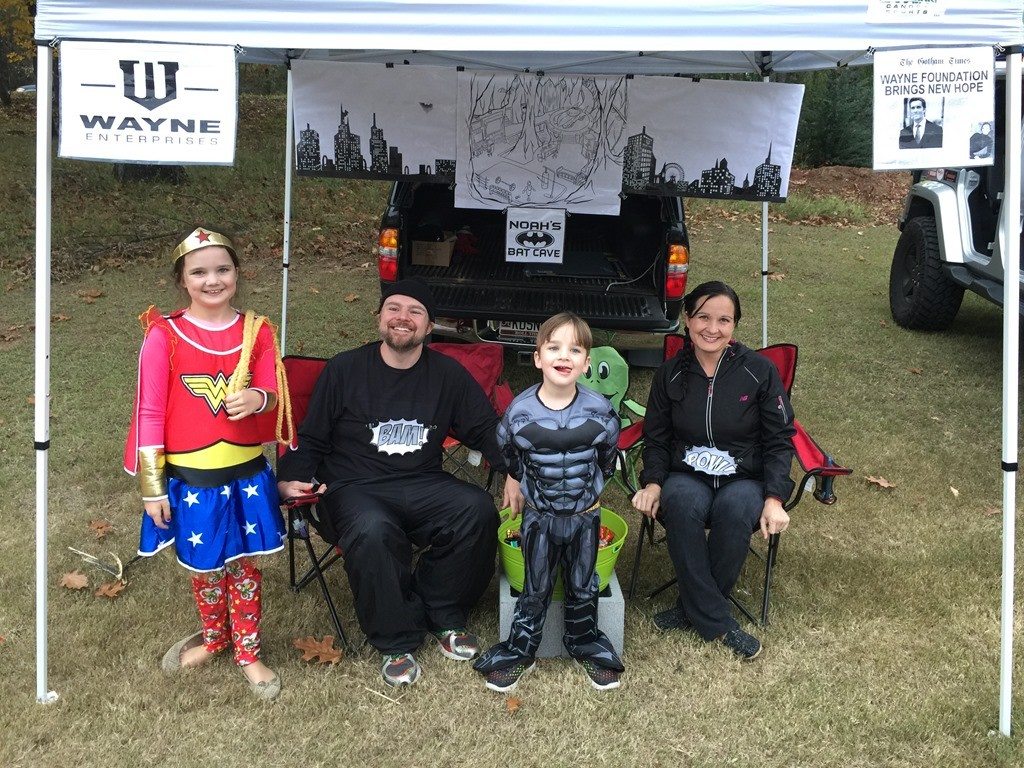 …The irony of which did not escape the notice of those who knew what our week had included.

Epilogue: I’m still attending physical therapy and will be for a while, Jonas is adapting to being the middle child but asks for Ali when he doesn’t get what he wants, and most importantly, Renee did indeed finish her Fall Craft RIGHT before leaving for the hospital.

16 thoughts on “On Labor, Collision, and Candy.”