I cannot recall the last time I took a nap at all – but it came with reason.

Besides the frantic preparation all week, Artwalk itself consisted of Friday night from 6-10pm (and setup starting at noon), followed by Saturday from 10am-6pm – of constantly chatting with other humans.

I adore other humans. And I adore meeting humans from the internet. But an entire weekend of it takes a year off of the end of my life from pure exhaustion.

Last year, I did not sleep a single second between those two time periods because I could not de-extrovert to shut my brain down. This year, I got approximately three hours of sleep.

But the adventure of the weekend…that was the real story.

Let me count the ways.

First, the children and I got sick early last week. What this meant was that I was incapacitated just a couple days beforehand when I would normally be scrambling to finish everything, and that I was trying to cover up a lingering cough all weekend so that no booth visitors suspected me of having The Bubonic Plague.

But the greater impact of our illness was that the children couldn’t go to a friend’s house Friday so that Chris could help me set up, or later that night so that Chris could sit with me at Artwalk. This wouldn’t have been nearly as bad if there hadn’t been The Monsoon.

But first. The children went downtown with me at noon when it was time to set up my booth. I put Ali to work de-linting my tablecloth, and Noah put himself to work whining about how hot it was. 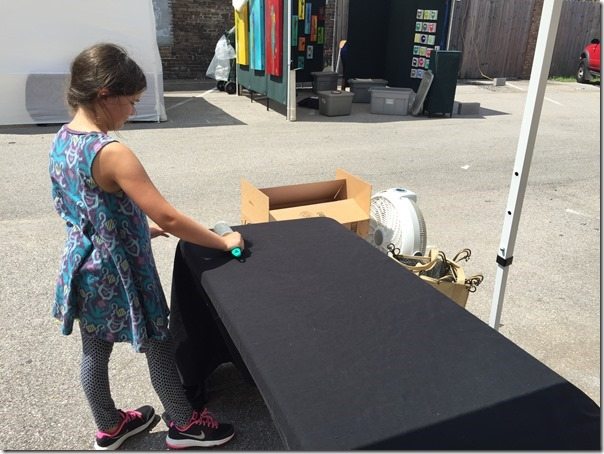 Chris came from work and did the tall-people-needed setup for me, then took the kids back to work with him and left me to finish setting up my booth for that evening. 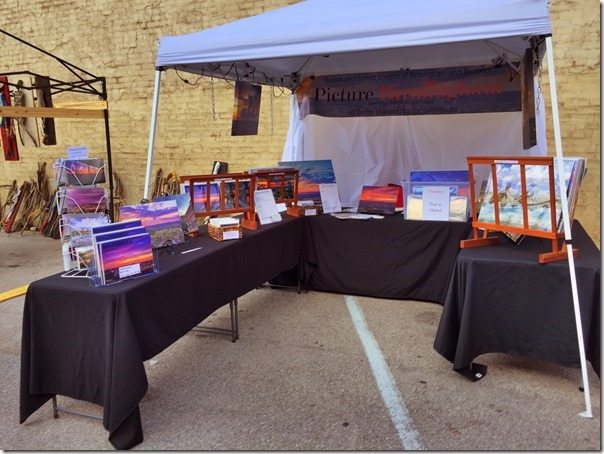 Except that, by the time I got everything like I liked it,  I was also getting extraordinarily nervous about a line of storms that were currently in North Alabama. 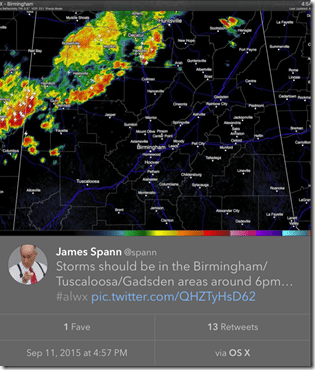 Artwalk was supposed to start at 6pm. Those red spots looked bad – and I didn’t want everything to get ruined. I had tent sides, but I’d never used them, it looked like I probably had leaky spots in my tent ceiling, and I realized that perhaps I should have an insurance rider on my Picture Birmingham inventory – because since all the profits go to a ministry, I personally buy it all up front then pay myself back for the cost as they sell – which meant a lot of my money was potentially about to get very, very wet.

I watched the sky and I prayed. 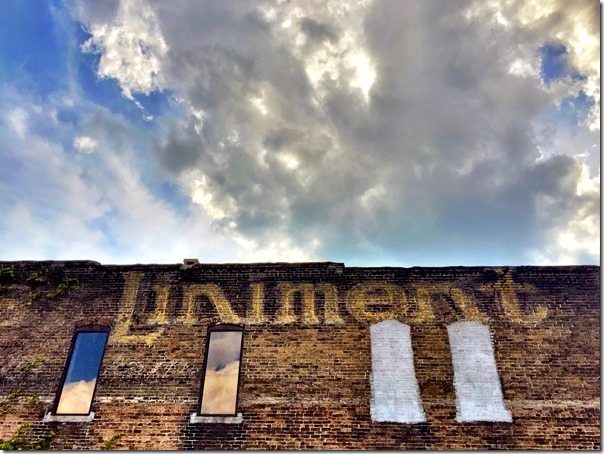 I prayed that the rain would break up – that there would be a hole in the storms – that Artwalk would somehow escape the storm’s grip.

But the rising wind was not giving me much confidence – I was already having to use bubble-gum-like putty to unsuccessfully hold my canvas stands in place. 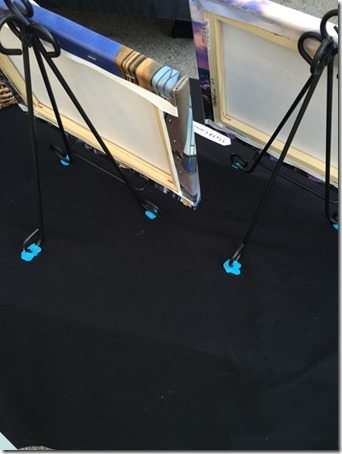 Chris left work at 4pm and went to Lowe’s to buy me Cinder blocks and bungee cords in the attempt to hold my tent to the earth. He and the exceedingly antsy children arrived around 5pm to help me prepare for the storm.

Perhaps this wasn’t the best plan, but it was the plan we had.

The crowds were super light at the beginning of the show – the ominous clouds and weather reports kept people away. I tried to be attentive to the few visitors I had while scrambling in my mind exactly how I was going to keep my inventory dry and praying that it would all somehow miss me.

But it did not. 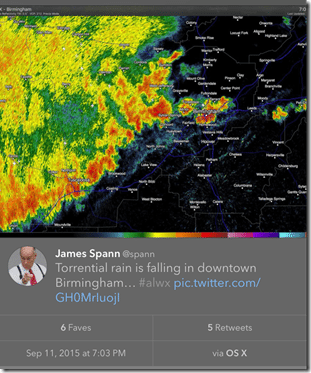 In retrospect, we should have all packed up and called Friday a wash. But it had originally looked like a thin line of storms, and Friday night was always the best night of the show, so no one wanted to miss it.

A little before 7pm, the rain began to fall, and just minutes after the first drops, the worst of it hit. Lightning, whistling winds, and a river through the alley I was calling home.

I found myself fighting with the zipper on my last side wall as the wind whipped me and my tent about. My prints were sealed but not waterproof, and the dripping tent was splattering on them and the custom print racks my Dad had made me.

When I finally got the zipper un-jammed and zipped up, the inside of my tent was soaked and getting more splattered with rain every second.

The walls, which I had ordered from Amazon to the exact specifications of my tent, were clearly the wrong size. They had gaping holes at the top and were blowing around like curtains. They kept 80% of the rain out by the sheer fact that they were there, but they were not even close to being waterproof.

I walked to the back of my tent where all of the electrical plugs were located, and they were now in an inch-deep stream of running water. I quickly turned off all my lights, leaving myself in the dark but hopefully a little less likely to get electrocuted, then gingerly picked up all of the surge protectors and sat them out of the water on the cinder blocks.

I breathed a sigh of relief when I didn’t die immediately. Then I stepped out of the puddle to go back to the front of the booth and quickly get my prints under the table to try and protect them.

About 20 of my 8x10s fell out, bending their corners. I yelped in frustration, then realized that there had been a chorus of similar yelps and screams in all of the booths near me since the storms started.

This was not the ArtWalk we’d signed up for.

I was completely soaked through at this point, so I sat down on the wet ground, found a dry corner of one of my tablecloths, and began frantically drying the print sleeves.

To forever record this catastrophic night, I even attempted a selfie – with a flash, since I was in the dark – something you should never do. 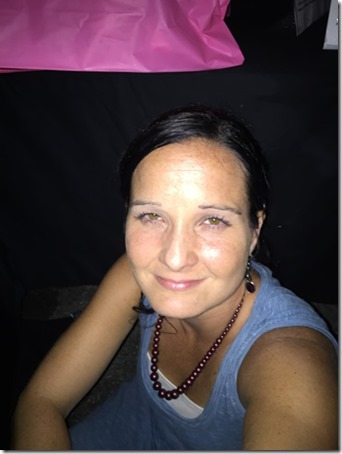 The storm was bad, y’all.

I sat there, dodging raindrops, wondering why I’d not just packed everything up before the storms.

After over an hour of attempting not to float away, there was finally a dry pocket in the storm. I crawled out of my puddle and peeked under the tent into the dark downtown alley. 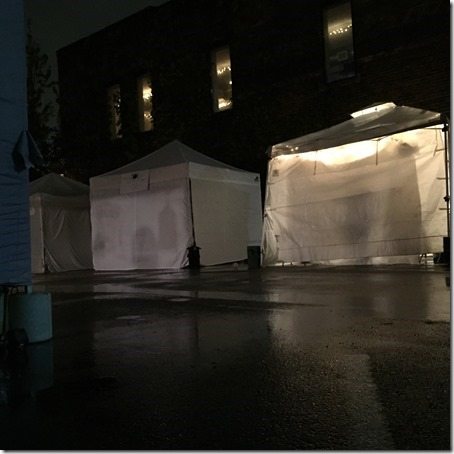 I was alone. Very alone. It was only 8:30pm, but all of the other artists had left. The show was supposed to last until 10pm, but the chances of people re-emerging after/if this storm ended were nonexistent.

I took advantage of the break in the storms and carried all of my prints to the car – no small undertaking, but I wanted them to be home and in the air conditioning overnight to help with dehumidification.

The accountant inside of me was screaming in agony – here I’d invested all of this money into buying prints for ArtWalk so that I could help The WellHouse, and yet I sold nearly nothing on the first night. I was nervous for my inventory, nervous for the weekend, and wondering why God had me agree to do this show.

God immediately flooded my mind with all of the confirmations He gave me when I started Picture Birmingham, and the ones that had come in the year and a half since. He reminded me the burden he had put on my heart for those trapped in sex trafficking, and how He had specifically given me a new passion and talent for photography for this very purpose. I was able to breathe again and quit worrying.

When I got home, I was better able to assess my situation. My tablecloths (which I had also grabbed) needed drying, but most of the prints were perfectly fine, by what was surely a miracle.

I spent an hour that night drying the print sleeves, and only ended up with a pile of my 20 “Storm Damage Items” that I marked down the next day.

And the next day. 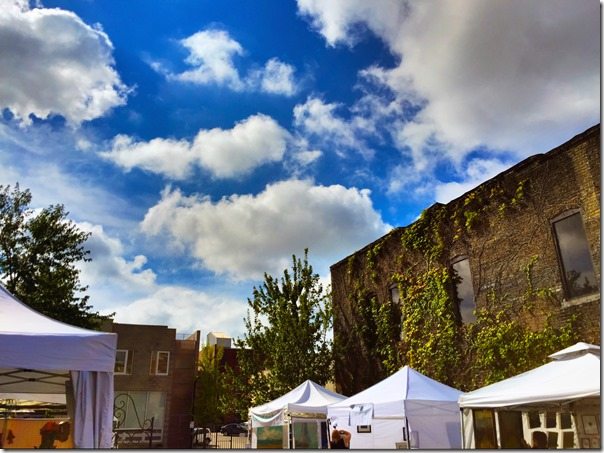 The storm was followed by a cold front, which made Saturday the most delightfully comfortable day of the year. There was a nice breeze but not too harsh, the sun was out but it wasn’t too blazing, and they opened the show two hours early to make up for the catastrophe of Friday night.

I got there early enough to completely reset my booth, and the day was delightful. People came out in droves, and I had a shocking number of Instagram, Twitter, and blog friends come visit me.

Despite Friday night being a total wash, I ended up selling 60% more than last year. God protected me, God reassured me at my most uncertain moments, and God provided for the mission He had me there to help.

Thank you to all of you who came to see me. You were a blessing to me, and an infinitely bigger blessing to the women rescued by The WellHouse.

4 thoughts on “The Washing.”