So I went camping last weekend. 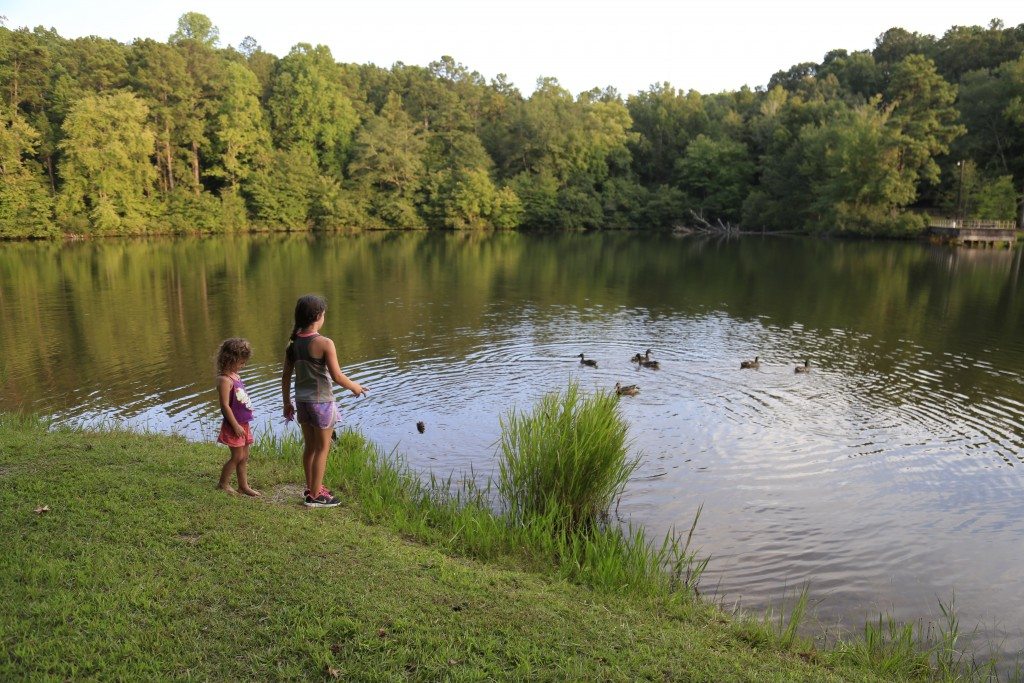 This camping trip, as you will come to understand, deserves a three-part series.

Part one, the origin – how it came to be that I tent camped for the first time with children. Oh and did I mention – without my husband. In part two, I will share with you the beautiful moments of the trip – the happy kids, the photographical magic, and the reasons that one should absolutely go tent camping. And in part three, I will share the…other parts of the trip. Because there were definitely two distinct trips jumbled up all together, and to properly document them, I had to first detangle them.

You will not want to miss the third post. Because you all have told me many times – your favorite posts are the ones where you get to watch me suffer. All in good fun, of course.

But first, the origins.

The entire shebang started with an unfortunate accidental roofying of myself.

A few weeks ago, we went to the beach to visit Chris’ aunt and uncle. I had taken some Benadryl in the early evening for an allergic reaction – two pills, in fact – and Benadryl is not usually a medication I frequent unless I’m extremely close to being horizontal for the remainder of the night.

Then we went to dinner. And I ordered one cocktail with my meal. A girly, beachy cocktail. Very fruity. Very little alcohol. At least I thought so – but perhaps the fact that the drink was called “Love Potion Number Nine” should have been a clue that it might have been hiding more Love than I suspected.

The mixture of Benadryl and Love Potion Number Nine very quickly made me feel like I’d been slipped something in my drink.

Because I had forgotten about the pre-dinner medication and did not understand why a few sips were making me feel this way, I glanced suspiciously at our waiter. Then slid my 90%-still-full drink away from me and attempted to focus on the conversation at hand. Chris’ Aunt Kitty was saying that she hadn’t been feeling good and wasn’t really up for joining Leo on a trip to the season opening football game in Dallas.

My mind, working in stranger ways than usual and with a bit of a happy topspin, blurted out, “Well that’s easy to solve! Why doesn’t Chris just go with Leo?”

The other three adults at the table lit up at this fantastic suggestion. It was perfection for all of them – Kitty wouldn’t have to travel when she wasn’t feeling well, Leo would have an excited football companion, and Chris would get to go to another football game.

The opening game was Labor Day weekend. The fact that the game was in Dallas meant that Chris would be gone for multiple nights. On a holiday weekend.

Being Daddyless on a weekend already feels like double overtime.

Being Daddyless on a holiday weekend – a weekend that’s supposed to feel more relaxing than usual – felt like it was definitely violating a labor law or ten.

Last time Chris was gone over a holiday weekend, I greeted his return with a full-on breakdown that included many tears.

What had I done.

This was not good.

But my mental state was deteriorating fast so there was no time to process. And they were already happily talking about the trip to come.

We arrived back at Kitty and Leo’s and I literally fell across the end of our bed and passed out. Chris checked on me later and I remember mumbling that someone had roofied me – and I was not joking please call the restaurant and report the bartender. Chris reminded me of the Benadryl and tried to coax me into pajamas which I bluntly refused, so he put me under the covers in my clothes and I didn’t move until morning.

No one mentioned my brilliant plan for the rest of the weekend. On Tuesday, Chris emailed me from work.

“Are you serious about me going to the game? I told Leo it might have been the Benadryl and Love Potion Number Nine talking.”

“Oh, it was definitely the roofie and I can’t believe I said it, but I did say it, so yes, go. I’ll find somewhere to go with someone so I’m not home alone all weekend.”

And so began the search for Labor Day plans. Plans which ended up being the most epic camping trip of my life.

5 thoughts on “Epic Camping: The Origins”