I don’t blog too much about Ali anymore – after all, she’s eight and a half and has earned the right to privacy in most matters. Not sharing her stories is my decision on her behalf, as she has certainly never expressed this to me, and quite enjoys reading back through my old blog posts about her. But even if they don’t understand it yet, there comes a time when it just seems right to not blog about everything in a kid’s life.

However, I asked her permission to share this story, and she readily agreed.

Ali is an extraordinarily good kid. 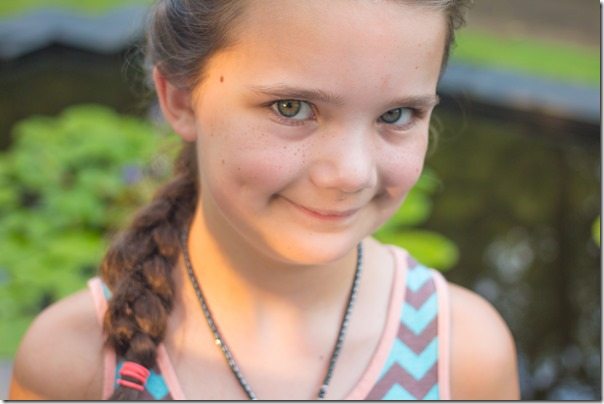 She’s conscientious, diligent, helpful, and tries to please us any chance she gets. 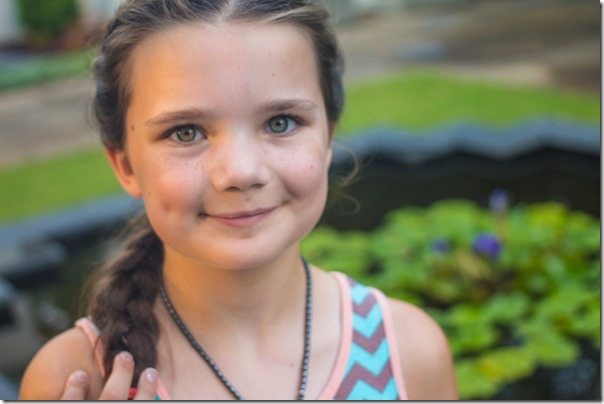 And I do mean ANY chance. To the point where, not long ago, I began to feel like I was going to have to have a talk with her about not trying to earn some extra measure of love and/or approval by outshining her little brother.

For example: Anytime Noah whines about something, she rather over-cheerily chirps, “Yes ma’am! No problem, Mom!”, and if he doesn’t want to do something I asked him to do, she’ll step in and say “I’ll be glad to do that for you!”

…Not to say I don’t rather enjoy her attitude, but I want it to be for the right reasons. 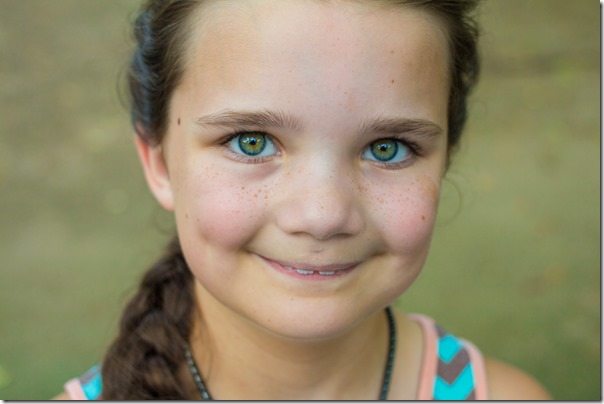 But the opportunity to talk about her strived-for perfection presented itself a few days ago.

We were having an “at home day” so that I could get the house back in order after all of our construction. I’d told the kids at breakfast that I was going to work on stuff all day, and it was their job to play together and entertain themselves.

I’d never given those exact instructions before, but it was impressively successful – prepping the kids regarding their responsibility of amusing themselves cut out 90% of the whining and requesting of my boredom-busting services. I was pretty proud of myself.

…Until I heard things crashing down the stairs, followed by many giggles. So I called out for them to please quit throwing all the things – and for that matter anything – down the stairs.

Of course, eager-to-please Ali called back, “It wasn’t me! It was Noah!”

(She didn’t deny her part in the giggles, though.)

“Well, no one throw anything else down the stairs PLEASE.”

And they went back to playing quietly.

…Until about half an hour later, when I heard crying coming from the base of the stairs.

It wasn’t frantic crying, so I walked through the house and to the stairs to find out what had befallen my four-year-old. Noah was sitting on the floor whimpering, and Ali had a shocked and horrified look on her face.

The item in question was a Study Buddy pillow. It definitely had the power to knock Noah down while standing anywhere, let alone the stairs. 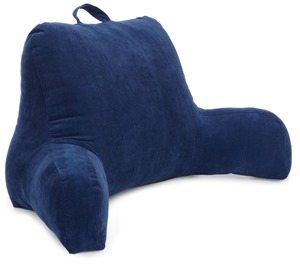 Once I fully absorbed what had happened, I said, “Do you know how much that could have hurt him? He could have fallen much worse and broken an arm. Or busted open his head. Didn’t I just tell you both not to throw things down the stairs?”

Ali instantaneously began crying and said, “I know! It was so very foolish. You can punish me now. Please punish me!”

Noah had quit crying by then and was looking at his sister like she was an alien. Did she just request punishment?

I was also feeling very out of sorts and confused about the entire incident, so I said “I’m going to call Daddy and talk to him about what your consequences should be. I’ll come see you in a minute.”

I walked to my office and called Chris. We were both perplexed, and discussed the situation thoroughly, including the fact that she was definitely punishing herself with her insane amount of “perfect child guilt”. Because of the latter, we decided that we did want to give her other consequences – out of mercy – so that she could feel like she received her punishment and not dwell in her misery of guilt. Finally, we agreed that she could be grounded off of TV for three days.

I found Ali upstairs in her room, where she was crying violently. As I walked in, she burst out between sobs, “I feel so stupid!!”

I’d never heard her use the word “stupid” before and I could tell that it was a gut-wrenching description of the state of her heart at that moment. Being a perfectionist myself that has struggled with desiring to appear without fault for my entire life, I felt awful for her and knew exactly how tumultuous she was feeling. A day doesn’t go by where my mind doesn’t conjure up some past mistake that makes me cringe and vocally groan at the memory – even if it happened 20 years ago.

I knew that the Study Buddy would haunt her every time she saw it for the rest of her childhood if I didn’t somehow help her train her brain better than my own. (Or throw away the Study Buddy.) So her coaching would be opposite of what her brother would need. Instead of reiterating what she had done wrong, I was going to have to convince her to let her wrongdoing go.

So I assured her that she wasn’t stupid, and that we all make mistakes.

“I put myself in time out. I don’t deserve to play today! I am so foolish. It’s like I lost my mind for a minute!”

I told her that she had to forgive herself, and began to explain to her what it meant to be a perfectionistic people pleaser. I explained that none of us can truly be perfect and that I’d already made many mistakes that week. I began telling her my laundry list of mess-ups, and she looked at me with wonder and a good deal of confusion.

“But I can’t forgive myself! It would be too prideful. I was too foolish for forgiveness.”

I tried again to explain, “Actually, it’s prideful to not forgive yourself. Not forgiving yourself is saying that you think you can be good enough if you try hard enough, and so if you mess up, you’ve ruined it all. That’s why we need Jesus – because none of us can be perfect – and all of us need forgiveness and a fresh start every day – and He washes our sins away and makes us perfect and new. You just need to do three things: ask your brother to forgive you, ask God to forgive you, and then you MUST forgive yourself.”

“I’ve already done the first two, but I just don’t know how to do the third.”

“I understand. I struggle with it, too. But you’ve got to let go of the idea that you can be perfect. NO ONE is perfect.”

She breathed a deep sigh and I could nearly see a little burden rolling off of her shoulders.

So then I told her, “Daddy and I did decide that you do need consequences – but only because I’d just told you both not to throw things down the stairs. Your consequences will be that you can’t watch TV for three days.”

Her shoulders got straighter and eyes brighter. She looked up eagerly at me, “Oh that’s fine. I DEFINITELY deserve that!”

I saw another bundle of burden roll off her back, and marveled at this bizarre yet beautiful exchange.

“None of us are good enough. We all make mistakes. We all need forgiveness. And we all need to forgive ourselves. Okay?”

“Okay. I think I understand.”

Later that day, she proudly brought me her diary to read. 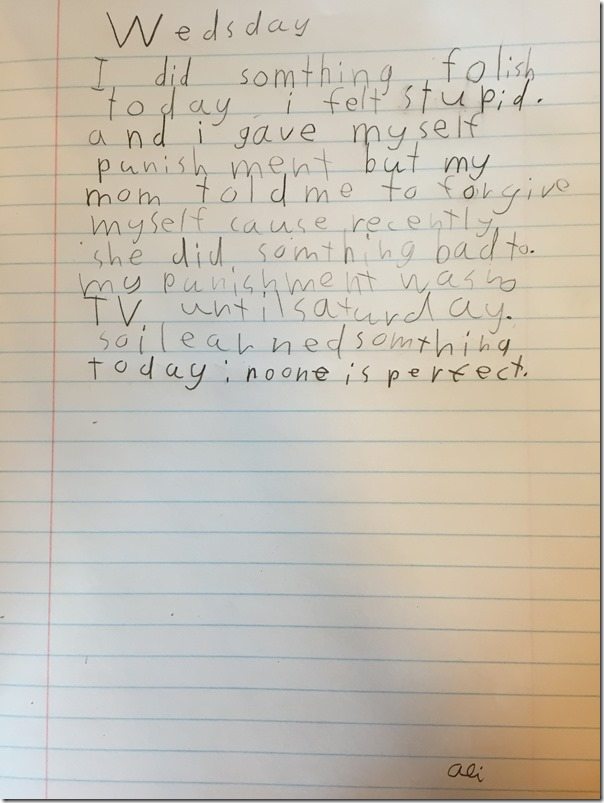 Parenting a people pleaser may seem easy and even be easy on most days, but sometimes it takes a bit of backwards parenting to get through to them. And I am so grateful that my tiny perfectionist messed up so that she could realize that perfection is a hopeless cause.

…And remind me of that very same thing. 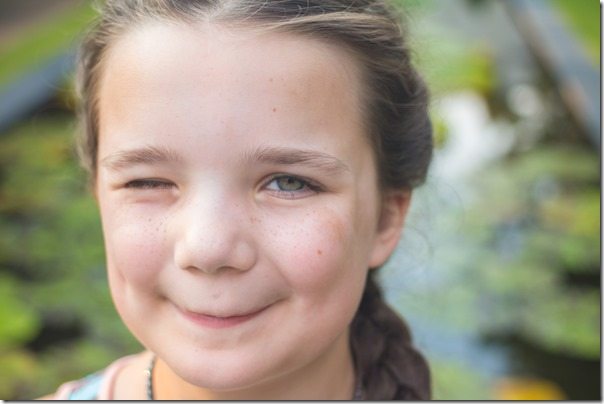