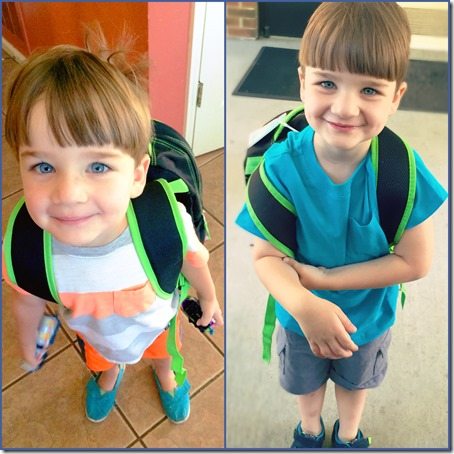 First and Last Day of 3K

Noah is officially done with preschool, now giving him the privilege of saying that he’s done something I never did – he has gone to school outside of his home before college.

I know. Quite an accomplishment.

It was strange for me, being a parent in a world I’d never experienced, trying to learn what carpool is and how to pack a lunch box and where in the world to put all of the twenty-dozen construction paper crafts he brought home every day. But I managed to make it through the entire school year without doing the one thing I feared the most: forgetting his backpack and, therefore, his lunch.

(Because it would be the homeschool mom who would let her poor kid sit in school lunchless while the other kids with more experienced moms ate happily, snickering at the kid whose mom was clearly not “socialized” as a kid.)

But this year has been good. The experience has let him learn some independence, and more importantly, learn SOMETHING – anything at all. Because he had no interest in learning from me prior to his preschool career. Now, after ten glorious months of Miss Janey inspiring him to allow himself to be educated, the kid will actually write letters – any letters I tell him to – when I tell him to do it.

It’s like she turned him into a superhero – albeit a fashion-confused superhero. 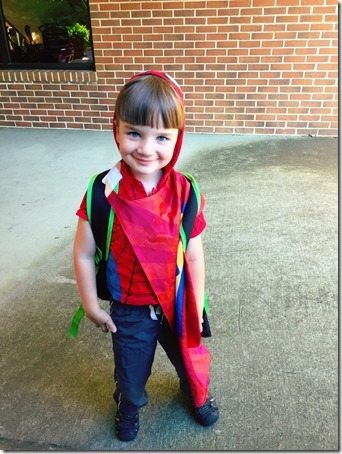 (Every superhero got their cape tangled up with their backpack when they were four. I’m sure of it.)

He learned how to fall hopelessly in love – it’s a shame that Miss Kelly The Art Teacher was already taken. He learned the depths and breadths of 3K Spanish, and as of last night prefers to be called “Cinco” instead of Noah.

He also learned the importance of personal space. When I told him the morning of his last day that he needed to hug his friends because he wouldn’t see them again, he quickly told me “I can’t hug my friends!”

“Because Miss Janey told me to keep my hands to myself.”

He did not learn, however, how to perform in front of a group. Which became painfully obvious at the onset of their year-end recital.

While the rest of his preschool happily sang and hand-motioned their way into their parent’s hearts, Noah was cool with sticking out his tongue. 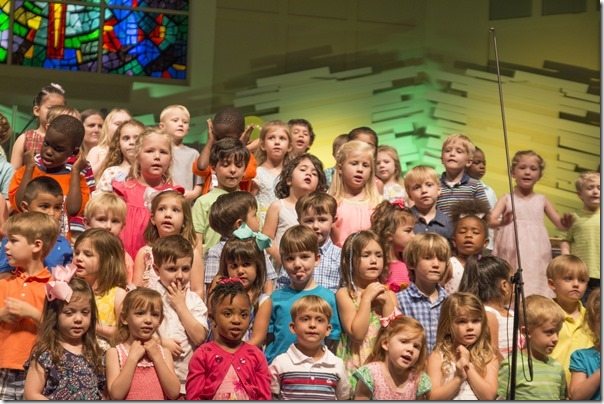 And checking out the awesomeness that is the back of his own hand. 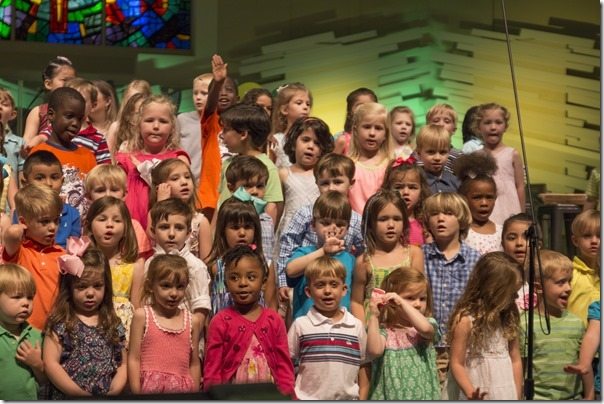 And tasting his pinkies for remnants of breakfast. 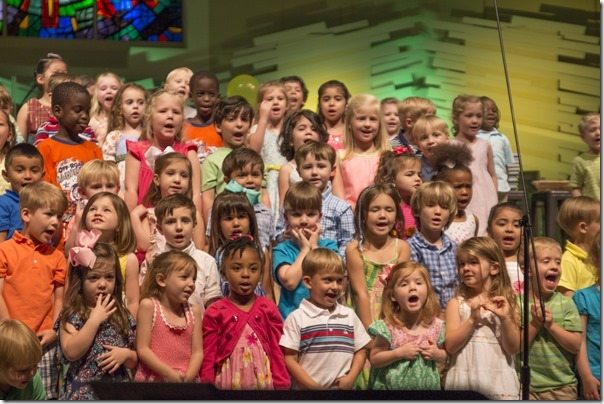 And, when the other students joyfully sang, covering his ears to block out the rising tones. 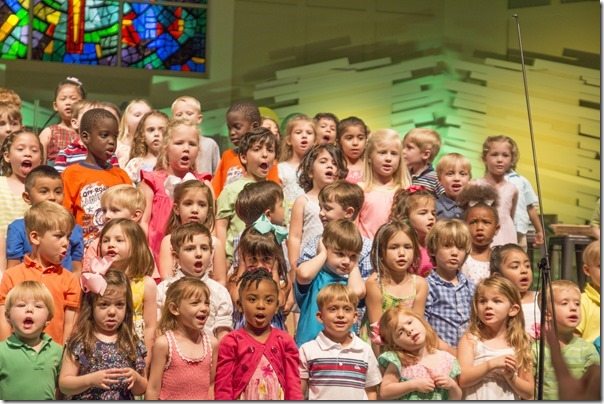 And pretending he was talking into his secret spy phone. 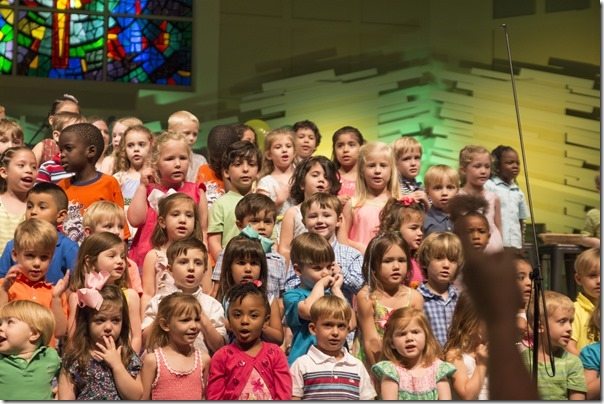 And erasing all the shiny parents from his eyes. 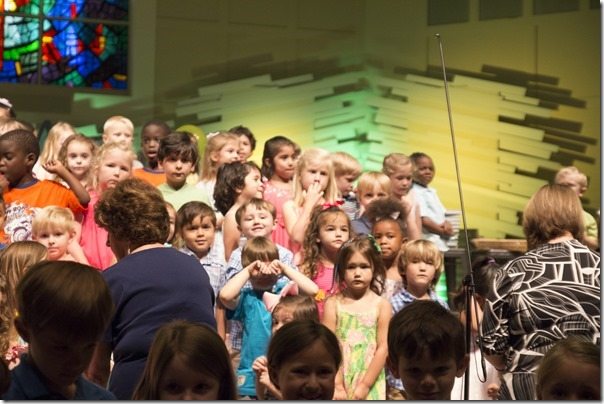 And maybe, just maybe, feeling slightly morose at his own lack of participation. 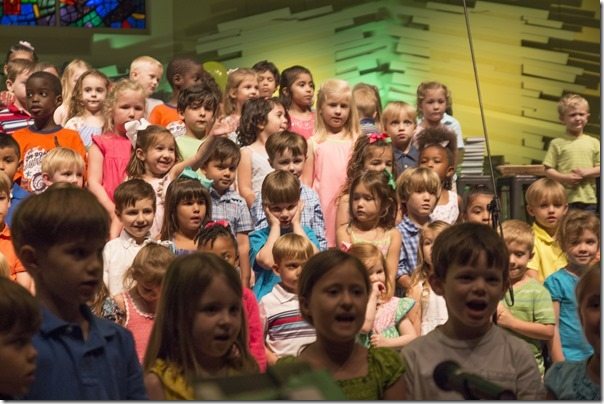 After the performance, the rest of his classmates congratulated each other and said tearful goodbyes to their dearest friends (okay they really just sat on the rug like they were told), but Noah found his own rug. And his own quiet place. Because he was clearly extroverted out. 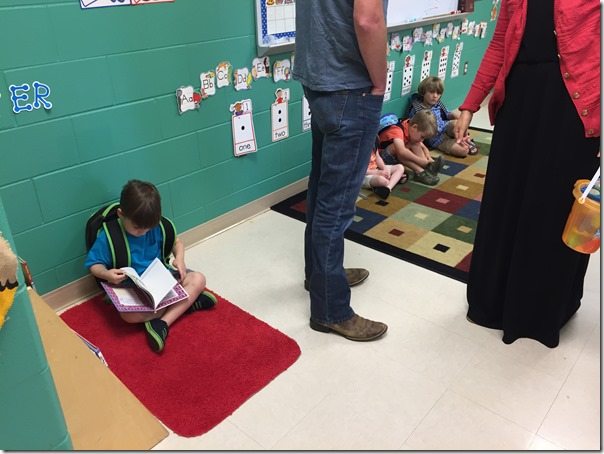 He adored school. He already misses school. But the introvert inside of him gives me hope that maybe he’ll be suited just fine to homeschooling (at least next year) after all. No crowds, no performances, just books.

1 thought on “On Graduating Preschool.”