This has been my permanent position this week. 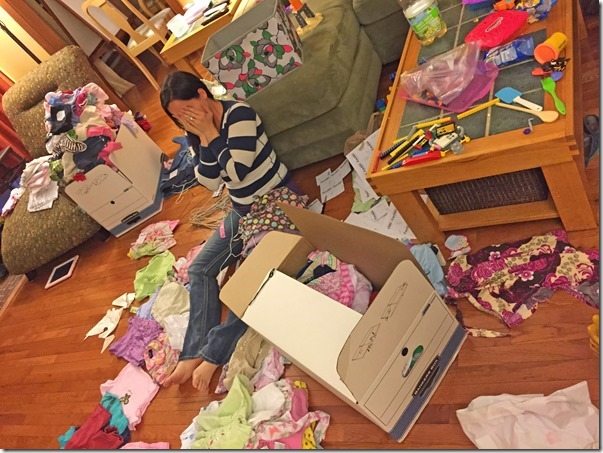 Because I’ve begun the process of consigning. For the first time in my life. With eight years of children’s clothes to wash, sort, match, pin, tag, and tape.

Take special notice of the container of apple juice on the coffee table, where children have begun to resort to helping themselves (and not returning things to the fridge) along the mixture of animal crackers and Play-Doh, a sure sign that I have given up all appearances of parenting.

In Birmingham, the mainstream way to get rid of kid’s clothes is through the giant semi-annual consignment sale, Kid’s Market.

But oh, the process. The pain. The detail.

As I’ve learned the many correct steps of proper consigning, I’ve come across some memories, and some difficult questions and realizations.

I began the journey by going through my returned girl’s clothes from my sister-in-law. I was amazed at the memories tied up in those garments, like the time I had to convince my former boss that Ali wasn’t a production killer, but a morale booster when we came into the office. And if you really want to be convincing, well, you need a t-shirt. 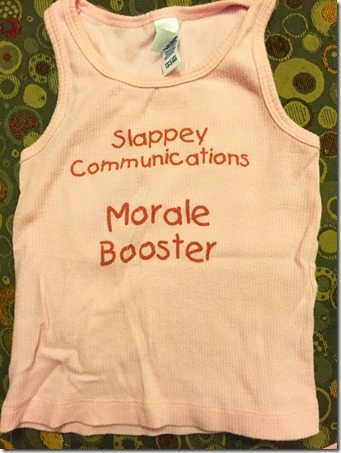 And the shocking resurgence of vivid images when, upon seeing this outfit for the first time in six years, I recalled the car-destroying blowout (and poo-clapping) that Ali had in it. 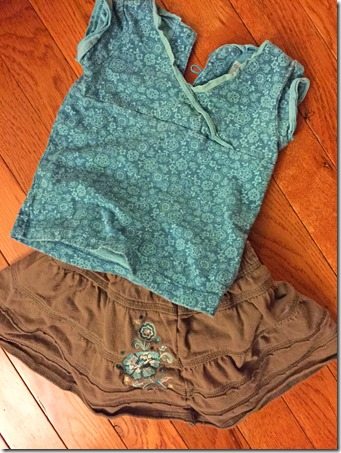 (Maybe I shouldn’t sell that…)

(At least the skirt was brown.)

A few hours after that memory crashed into my consciousness, I came back downstairs after putting the kids to bed only to ACTUALLY SMELL THE POO.

It was like the Ghost of Watery Craps Past had come to visit me.

I was shocked and horrified. Could the power of memory be that strong? Or did that outfit never quite lose its special scent?

Then I walked into the kitchen and, with relief, saw that the smell was actually caused by the fact that Chris had gotten halfway through cleaning out the fridge and had bailed to put the kids to bed.

Then the questions began.

Like, was this mysterious item my garter, my sister-in-law’s garter, or an especially disturbing newborn headpiece? 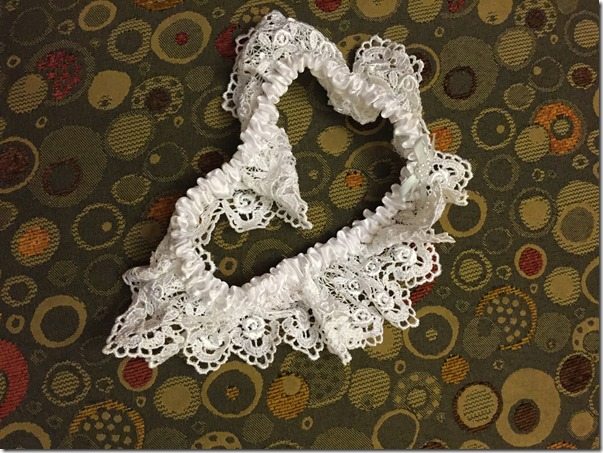 And whose glove was this? How long had it been exiled to the bags of children’s clothes, mourning the loss of its soulmate? 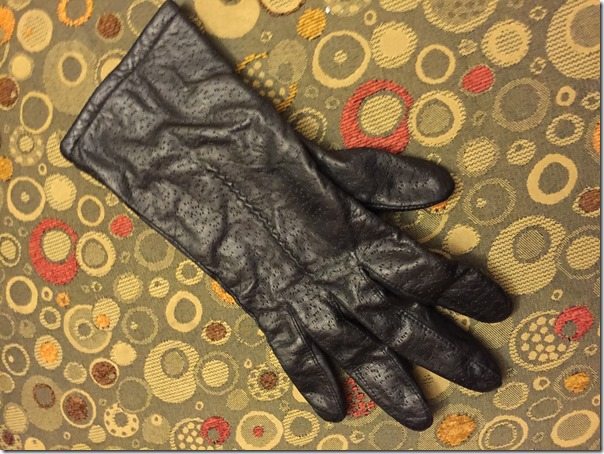 Then the real agony began: the tagging.

1. Safety-pinned onto wire hangers,
2. Masking-taped with my ID number, and
3. Labeled with a barcode price tag, also safety-pinned on.

I quickly learned that I am not safety-pin proficient – at least when stabbing large-yet-dull safety pins through mounds of clothing – and began wondering if my fingers would ever be water-tight again.

I also regretted the fact that I wasn’t diabetic, as I had plenty of finger pricks to go around. I could have known my glucose levels down to the millisecond.

And how do I keep from bleeding on everything? It seems like a blood-streak through the middle of a price tag might deter purchases, but my fingers looked and felt as if they’d gone through the meat-grinder.

Several garments in, my heart had a panic attack when I realized that I might be doing it ALL wrong. What if I were hanging all of these clothes, so painfully stretched to fit a newborn shirt onto a full-sized adult hanger and then double safety-pinned to boot, in the wrong direction??!

This thought was horrifying. My fingers were already tracked worse than Lindsay Lohan’s arms. I could not bear the thought of having to redo it all.

So I called My Friend The Expert – this was worthy of more than a text, even – and asked her to please explain to me which way the hangers should be facing.

“They should look like a question mark. And yes, you have to get that right or you’ll have to turn everything around.”

(I had to draw a question mark. Then look at it twice to make sure I’d drawn it correctly. These are the pains of being left-handed.)

Halfway through the first day of pinning, hangering, stabbing, and barcoding, I decided that I should hire my babysitter to do this for me. But then realized that would defeat the point of my frugal endeavor, and I had no Workman’s Comp to offer her and she would quite likely contract tetanus which I was sure I already had in eight out of ten fingers.

After day two, I had 82 hangers full of clothes, most containing two or more items bundled together. 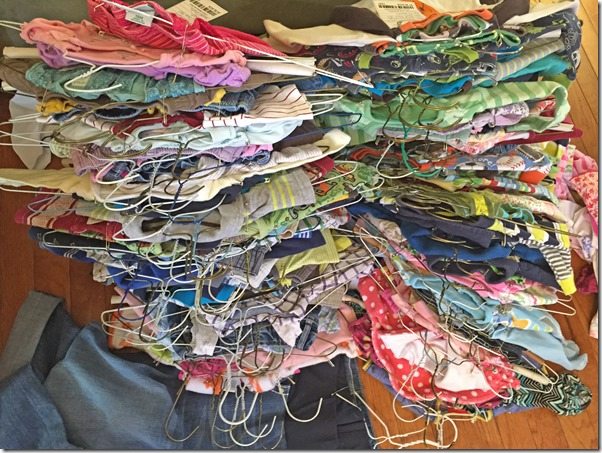 And yet my to-do piles were hardly diminishing. 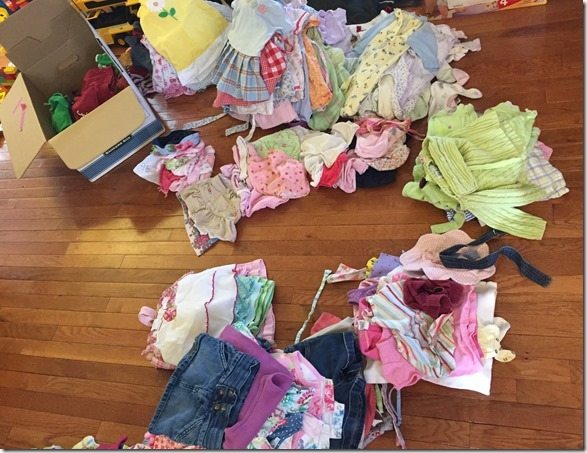 Of course, because the only thing that makes life fun is turning it into a spreadsheet, I’d tracked the prices of my hangers and tallied the value of my work thus far. I tried to convince myself it was worth my future in Finger Rehab.

As I laid in bed, my fingers throbbing as they shriveled up and died like a Wicked Witch’s feet under a house, I had the thought that perhaps I should save these clothes instead – so that Ali could see all the precious outfits I dressed her in as a baby.

I slapped myself and pointed out the 100,000 photos I took of her before she turned one, and fell asleep to the comfort that I had snapped them while I could – because my fingers will never be able to push buttons again.

21 thoughts on “The Unpaved Road to Kid’s Market.”