So I was buying panties. 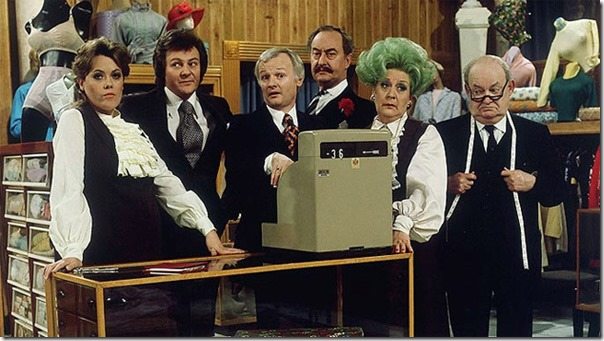 I was buying panties, and had just handed them to the store clerk to ring up. She looked down, had a spark of eureka come over her face, and I watched as my future panties lassoed a memory in that cashier’s mind and shoved it out of her mouth.

”OH – You will not BELIEVE what my daughter said to me this morning!”

Considering what she was just looking at, I was slightly skeptical as to my desire for her to continue, but said the polite thing anyway.

“She turned around and said, ‘Mom, can you see my panties through these leggings?’”

Panty Clerk then looked at me expectantly and incredulously, as if this was the most bizarre thing to ever come out of a child’s mouth. When I didn’t react with shock and confusion, she added,

I assume most ninth graders should be aware of panties and whether or not they are showing through their leggings, considering that my eight year old and I make sure that her dress covers her leggings in an appropriate way fairly regularly.

She was clearly unsatisfied with my lack of reaction, so continued her unbelievable story.

“AND YOU KNOW WHY SHE ASKED ME?! When I told her that they weren’t showing through and asked her why she wanted to know, she said, ‘Because I can’t wear them to school if you can see my panties through them.’ …CAN YOU BELIEVE THAT?? She’s only in ninth grade and they have rules like that at school these days?!”

Now I was looking at her incredulously. But not for the reasons she assumed.

I finally attempted to speak, to be the voice of reason, to add some much needed logic into a conversation where a Mom just admitted to trying to talk her daughter into wearing leggings as pants.

“Actually, it sounds like a pretty good rule to me….”

I watched her deflate like a football from New England, then she added,

“Well, I guess so. It’s just that she’s just in ninth grade!”

So. Lest we find ourselves in a situation similar to Disenchanted Panty Clerk’s, let’s all take a pact. Ready?

– If my daughter is encouraged by some other authority (or even friend) to not have visible panties, I hereby promise to affirm that effort and not be mortified that she would worry her little mind with such adult thoughts.

– When my daughter asks me The Big Question one day….”Mommy, are leggings pants?”, I will not hesitate. I will say NO.

– Furthermore, if my daughter feels uncertain about taking part in the trend of wearing her bra as a visible accessory, I do hereby swear to not attempt to talk her into it, based on the fact that she’s just a kid and kids should be allowed to show their lace hot pink bra without anyone questioning it.

Because requesting that underwear stay underwear is not communism.

…And if I ever go back into that store, I’ll wear a T-Shirt screen-printed with that slogan.

9 thoughts on “The Panty Incident.”