My poor Flexi the Space Toaster is in the shop this week thanks to a busted water pump, which is entirely not at all cheap to fix.

While I wait for her luxury stay at the spa to pass, Chris got me a rental car. 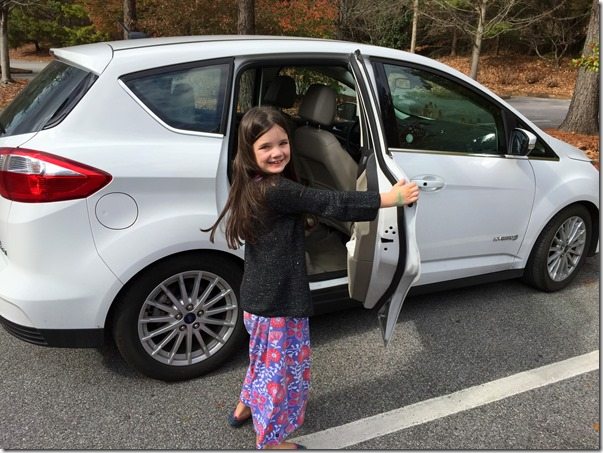 It’s a Ford C-Max, which I had never heard of. Supposedly, he reserved me a mid-sized SUV, which, according to the category, would be a Jeep Liberty or Ford Escape or a similar model. But the lines have become as blurred between “compact car” and “SUV” and maybe even “minivan” as they have between “country music” and “pop” and maybe even “rap.”

I mean seriously. When Nissan can come out with a convertible SUV, we can be well assured that we’ve crossed all lines of decency as a nation. 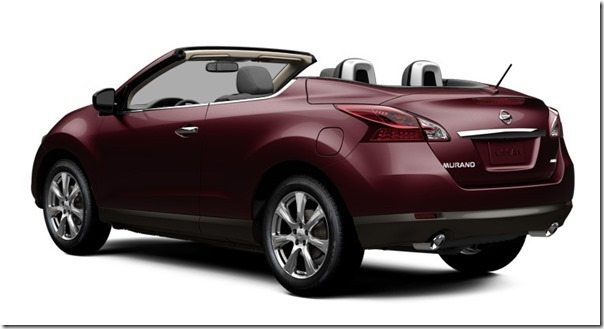 Back to my current SUV/car thingy, whatever it is. It is also a hybrid. And, being the first hybrid that I’ve ever driven, it has taken a bit of time to understand.

It’s like the hipster niece of Flexi. Greener, more high-tech, and completely perplexing as to how it operates.

Like, for instance, how to turn it on. No key – just a button, and the “engine” makes no noise when the car is cranked. I’m pretty sure I turned it on and off 58 times on my first attempt at driving.

And then. The entire dashboard is OBSESSED with fuel efficiency. It posters mpg information all over the car like a tween girl’s bedroom is covered with One Direction posters. Charts and graphs and diagrams are spouting out all over the place – it’s as if they’re trying to reach every personality type with their most fitting delivery of the same information.

For the accounting nerd who loves a bar graph and a report card, simply look to the left of the speedometer. It will even coach you if you feel your scores are too low to live with. 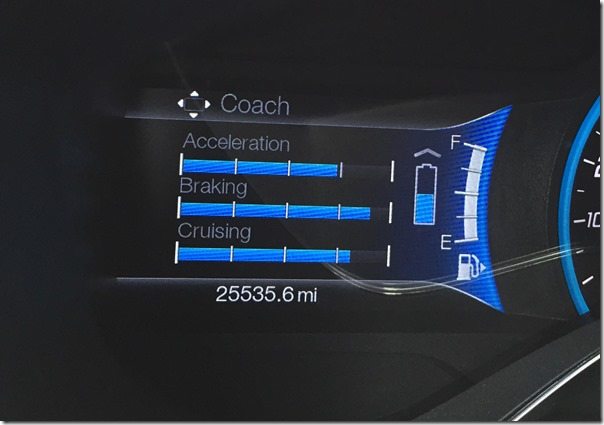 For the classically tuned person who wants a car dashboard to look like a car dashboard, you can gauge your mpg with this handy mpgometer. Or whatever you want to call it. 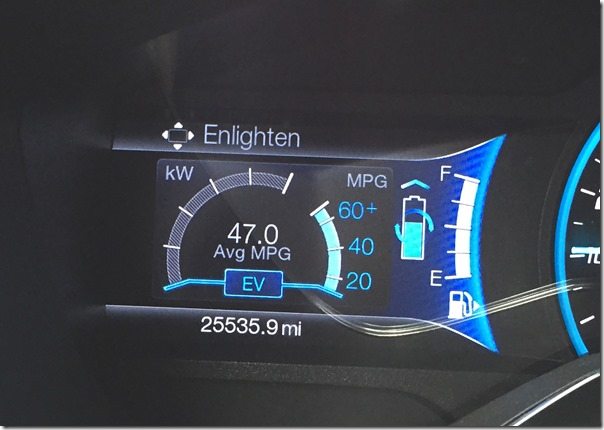 For the techy person who prefers to understand exactly how it’s working, there’s the in-dash screen that breaks it down. 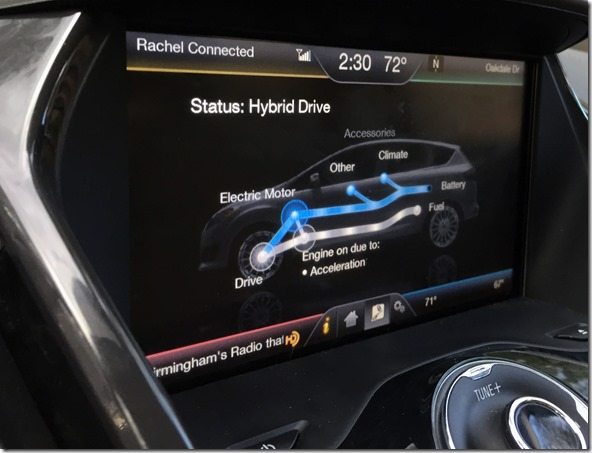 (Which, by the way, made me fully appreciate how complex this car is. The engine is constantly shutting on and off, and the battery charges itself every time I hit the brakes. And I thought Flexi was high maintenance.) 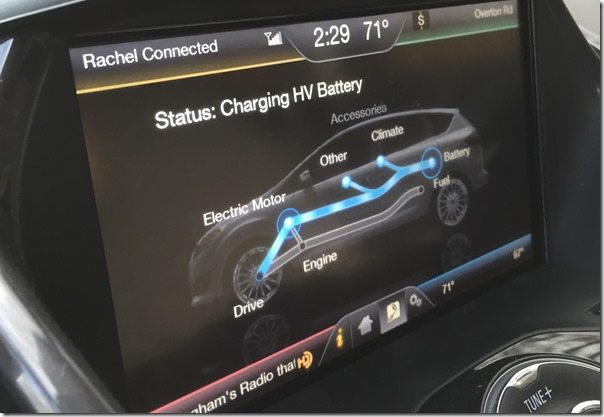 For those who need to feel truly challenged to be motivated to save the earth, there are…. 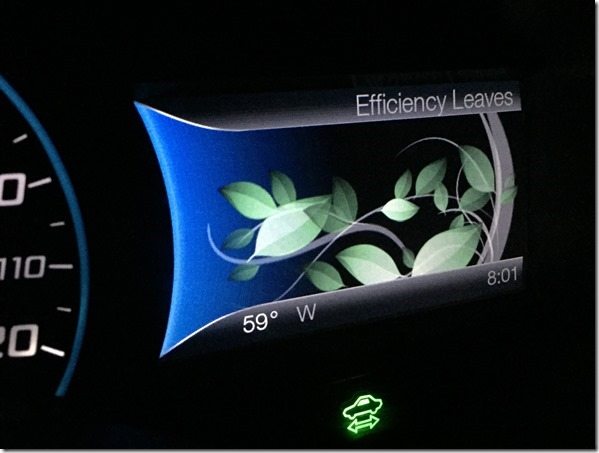 All of the diagrams and graphs and whateverometers spoke to me, but this one was unavoidable.

When I picked up the car from the rental company, it only had two frail-looking leaves. My dashboard was a sad, untended, neglected wasteland of a garden. It desperately pined for Mary, Dickon, and Colin to discover it and make it theirs.

And here I was, trying to just turn the thing on and make it drive, and then finding myself solely responsible for the future of an entire ecosystem of Efficiency Leaves! The pressure was daunting.

As I drove home, carefully attempting to not accelerate, I felt a chill of joy in my heart every time a new leaf bloomed, and nearly squealed in delight when a fresh branch would wind its tendrils across the dash. But then, when I had to go up a hill or some equally wretched circumstance, I mourned each leaf that blew away, leaving me feeling like a failure, or worse, a killer. 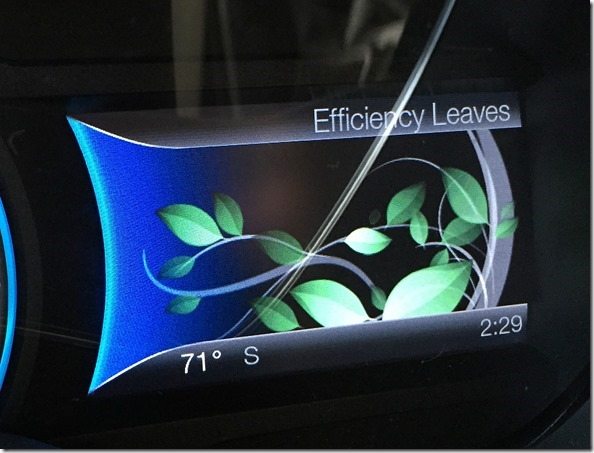 The next day, I became even better at tending my garden. I got to the point where I could see a leaf begin to wiggle, nearly letting loose of its hold on my branch. I would quickly let off the gas and coast, sighing with relief when the leaf settled back into its rightful place.

It didn’t matter that I was going uphill with a line of traffic behind me.

It was my garden.

But eventually I found myself wondering. When, exactly, am I supposed to look at the road? My task of tending to my Efficiency Leaves was so consuming, so all-encompassing. I felt like I needed an assistant driver to let me know when I might be approaching a red light. Or another car, perhaps. But at least I had nearly eight years of child-forced distractions to help me prepare for my gardening destiny.

…Until…hey – did you know that electric cars are really easy to accidentally leave on?

Because there’s no key to pull out of the ignition – it’s just that stupid button. And they make no noise.

So yeah. I…left the car running while I shopped for an hour and a half. It was tragic when I returned. 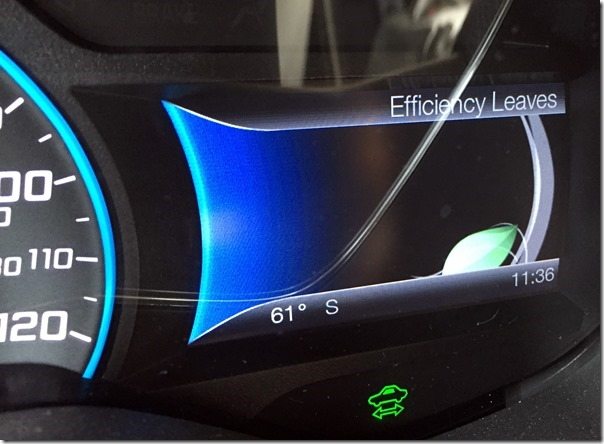 I need Flexi back.

I can’t handle my car judging me almost as harshly as I judge myself.

16 thoughts on “Don’t Text and Drive, But Feel Free to Garden.”