Despite my feelings toward his mother Wal-Mart that I shared without reserve last week, I’ve always found Sam to be a delightful fellow.

Actually that last point is starting to change. Because my third to last visit brought me in contact with three different types of sample distribution methods:

1. A vending machine that requested I swipe my Sam’s card in exchange for it to spit out my sample into a receptacle with a complete lack of warmth and care,

2. A scowl-faced teenager sitting at the Pizza Sample Table who LIT-RALLY never looked up from his phone the entire time my children, with much analysis, picked out their many samples, and

3. The delightful vintage-Sam’s smiling old lady handing out peach samples – which were so good that we bought some – for which she thanked us profusely, because delightful old ladies are only paid commission. We ate two, then threw the rest away because they were complete mush and nothing like her samples. Two weeks later, we read all of the recall articles clearly implicating our Mush Peaches as being contaminated with Listeria.

I hope she enjoyed her trip to the bank compliments of our disease-ridden peach charity.

Today’s post is about the friendliness of other Sam’s shoppers. After all, we all paid to be there. We’re all in this together. We are, for sure, A CLUB.

Actually, friendliness might also not always be true. On my second to last visit, I was coming around a corner when an elderly shopper caned me.

No seriously – she had been carrying her four-pronged cane around in her jumbo-sized shopping cart and picked that exact second to remove her cane from its place of resting and swing it around her head like a cowboy wrangling cattle before setting it on the ground with the nice addition of a piece of my skull.

I was her cow that day.

But that’s not the point of today’s post, either.

Today’s post is about our very last visit to Sam’s Club – Thursday night.

Chris was going to quickly run in and get the two items he needed, but Noah had to pee and I always have to pee, so we drug Ali along with us and turned it into a family affair.

We bathroomed, we shopped, we avoided delightful old sample ladies handing out plagues like candy, and we paid for our purchases.

But Chris wanted to get a fountain drink, so after we paid, we hauled our purchases and our progeny over to the refreshment counter.

As they thought they had done their Sam’s duty, the children were restless, running circles around our legs and such.

The lady directly behind Chris caught a glimpse of Noah on one of his go-rounds.

“Ohhhh mah. Doesn’t he just have the purtiest eyes???” 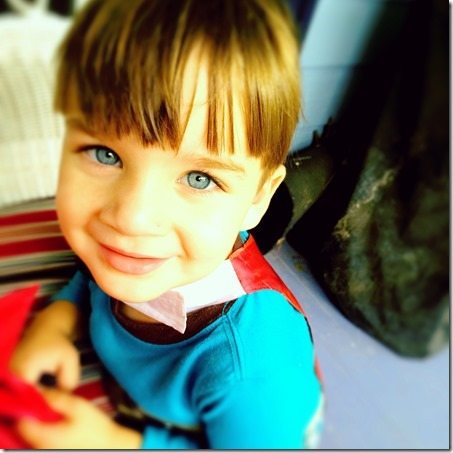 Then Ali came around the corner of my right thigh. 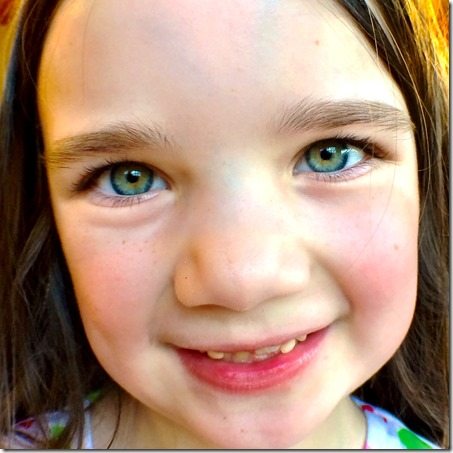 She turned her attention to squinting at my eyes, as they always do. I gave my typical muttered response of, “Yes, they got all of the recessive genes – I’m not sure how.”

She replied, “Well maybe they got their Daddy’s eyes!”, and motioned to Chris, who had his back to us.

(As if I might have forgotten to consider him in the explanation of the genetic makeup of our children.)

“No, his eyes are just like mine. They got their Grandparent’s eyes, actually.”

We paid, she paid, and we moved on.

As we were juggling our purchases at a table so that Chris could fill his drink, the lady that was behind the eye-noticing lady walked up to us.

She patted us both on the shoulders simultaneously and said,

“I tell you what. Y’all sure do look good to be grandparents.”

I laughed, thinking she was making a weird joke that I didn’t quite understand.

I choked, when I looked into her eyes and saw her genuineness.

I died on the inside, when I realized that THAT LADY ACTUALLY THOUGHT I COULD POSSIBLY BE A GRANDMOTHER.

OF A THREE AND SEVEN YEAR OLD. 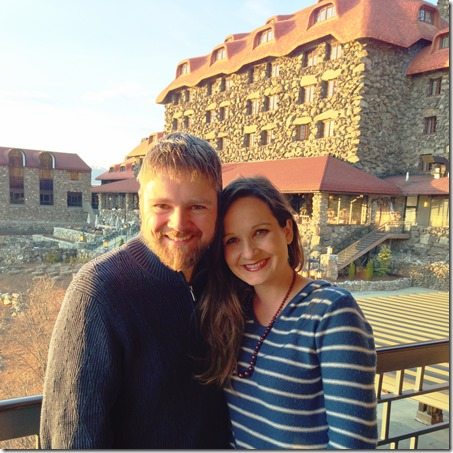 Did Wal-Mart plant this lady here to pay me back for last week’s blog post? Or is Karma just actually that real and swift?

Chris walked to the drink machine and our new friend followed him before I could share these figures with her because I had accidentally swallowed and digested my tongue.

She patted him again and said, “Aren’t grandchildren just tha best?! I’m a grandmother also. And I look purty good too, dontcha think?”

He smiled and agreed.

Because that doesn’t at all make me feel like I need to buy every wrinkle cream in the western hemisphere.

Luckily, Sam’s Club has them all – in jumbo sizes.