In our pre-kid days, Chris and I had the peculiar hobby of reading Screen It reviews before, during, or even instead of watching movies. Geared toward parents, the site gives an intensely detailed yet discreet laundry list of every profanity or slightly negative word in the movie, detailed descriptions of all violence, drug use, or frightening scenes, and any sexual references all the way down to “There was a slight amount of cleavage showing on the lady in the far left background of the scene.”

Juvenile though it was, we especially loved the detailed explanations of how a word was used. For instance, it’d say “14 scatological terms, used literally three times, once with ‘head’, twice with ‘piece of’, and once with ‘you little’.”

Although we sometimes did make movie-watching decisions based on these reviews, we often found them more entertaining than the movie itself.

Since that time, Screen It has become a paid service, but other free sites like Kids in Mind have taken their place. Our kids aren’t really off the Disney/Pixar/Veggie Tales track yet, so we still don’t have a good use for this service, but it’s fascinating nonetheless.

Like, for instance, who is looking up “The Wolf of Wall Street” to see if it’s appropriate for children? And if they are, do all deem it inappropriate when they see* “Over 414 F words and its derivatives…82 scatological terms, 53 anatomical terms…name-calling (midget, scum, nitwits, degenerates, depraved, lazy, idiot, sweetheart)”? Or are some parents like, “Oh, well there’s under 500 F words, so I guess I can take the kids to see it!”

* I left out at least half of the Profanity listing of Wolf of Wall Street in the interest of not taking your entire day to read this post.

One service that Screen It offers is a listing of all imitative behavior, which would include any phrases or actions that they thought kids might mimic. For some reason, I always pondered these greatly. Like, would a kid really jump out of a fiery car just because they saw it on a movie? And if they did, wouldn’t that be a good thing? I mean the car’s on fire and all. And if I took my kid to see Maleficent and the worst thing they came away with was repeating the phrase “How Quaint!”, am I really going to care?

I looked forward to the day when I could see for myself if Imitative Behaviors really do get imitated.

But alas. Ali has never been an repeating type of kid. She’s a deep thinker, an independent thinker, and never seems to pick up other people’s behaviors. 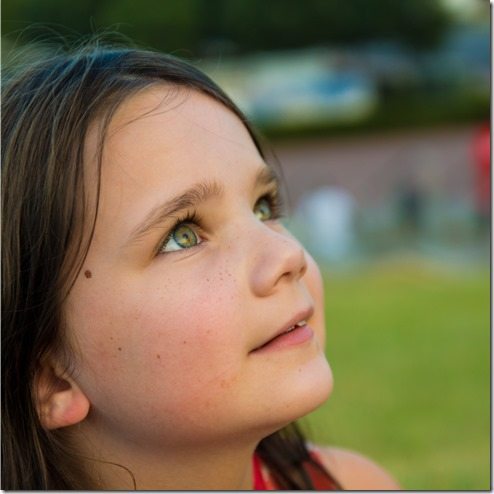 So we had to have another kid.

Noah did not disappoint. He can pick up on anything anytime and repeat it with the perfect inflection and gusto. 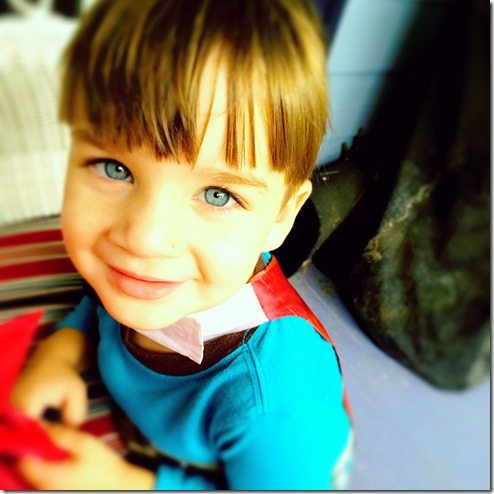 Enter The Lego Movie – clearly a must-watch for our family.

As we have now seen The Lego Movie more times than the F word comes up in The Wolf of Wall Street, Noah has grafted many new phrases into his dictionary, such as “Darny darn darn!”, “Honey, Where are my paaaaaants?”, and “What the heck!”

But my favorite phrase…perhaps my all-time favorite imitable behavior of all time…is this Lego Movie Jewel.

Imitative behavior is every bit as awesome as I’d always imagined it. And then some.

Disclaimer: Before you ask, no representation is made that the contents of this video in any way reflects the speaker or the blogger’s feelings toward any recent blog topics.

13 thoughts on “On Raising a Parrot.”