Ali lost her fourth tooth in a month on Thursday night. 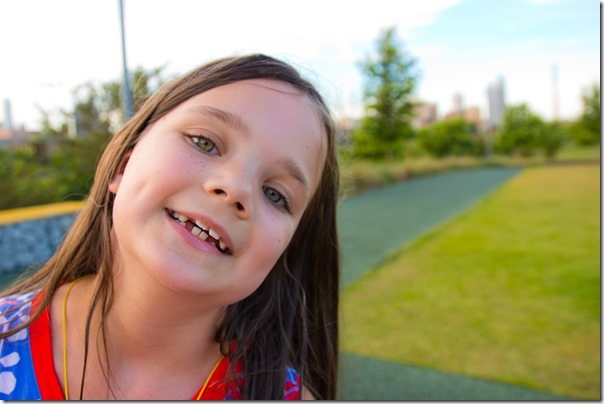 Okay, “lost” doesn’t accurately portray the traitorous and forceful separation of tooth and child that had to take place.

Unlike the three previous teeth, this one wasn’t eager to turn loose, and I didn’t exactly achieve stellar parental ranking by a) insisting on removing it from her gums, and b) requiring two takes to actually get it out.

But it needed to be set free – it was DIS-GUSTING. Her gums around it had turned a deathly shade of purple, the tooth was being propelled from her being by an adult tooth underneath and therefore it was sticking half a tooth above the rest, and when she bent the tooth over, the cavernous, half-detached underside mooned whomever happened to be watching.

So I ripped it out of her mouth right before bed, and of course it had to be a bleeder.

Which did not help her lack of endearment toward me.

But she dried up, quickly scrawled a note to the tooth fairy, and went to bed.

As always, instead of doing the responsible thing, which would include finding the needed fundage and writing my response right after I put her to bed, I didn’t remember until 11:45pm.

I stumbled downstairs, hurriedly typed out a sad excuse for a note, and began looking for five dollars in cash. But keeping cash around is not exactly listed in the strengths column on my résumé.

I did not have a five, nor did I own five ones. I had a twenty, but I wasn’t feeling that guilty about my aforementioned medical-treatment-without-consent.

So I hitched up my conscience and I stole $5 out of Ali’s bank. In order to give it back to her as a farcical creature that she is surely going to be upset about when she finds out that it was all A Lie. 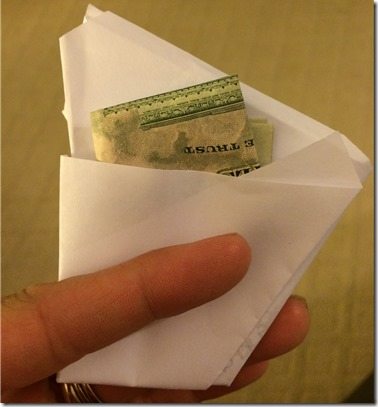 And I kinda intended to pay her back? But also assumed I’d forget. After all, I’m not good with cash.

I went to bed and slept like a baby. Because bent morals and Mommy-Guilt are feelings I’m used to combatting by now.

The next morning, Ali walked into my bedroom brightly, holding the note and cash. She silently handed me the note to read, then tenderly placed the five dollar bill in my hand.

“Am I allowed to give you my five dollars from the Tooth Fairy?”

“That’s sweet, honey! But don’t you want to put it in your bank?”

“I have lots of money from the Tooth Fairy in my bank. And I know you haven’t felt good this week. So I’d really like for you to have it.”

And I. Am hideous.

(But I did sneak that money back in her bank.)

(Except that she’s a better human than me.)

13 thoughts on “When Children Are Like Salt in a Wound.”