Saturday night, we met my Mom and brother at Rusty’s BBQ. It’s the only place we ever meet them, because it’s halfway between our houses and is exactly what you want in a good, off-the-path Southern BBQ place: without pretense, containing random kitsch (I especially like their license plate map of the United States), booths as old as the grill, and some indescribably fantastic food. It’s where you can imagine seeing Guy Fieri or Anthony Bourdain in the next booth, happily in their element.

When we’re meeting my parents (or in this case my Mom and brother, since my Dad was out of town), we don’t even discuss it – we assume. Rusty’s it is.

As part of its character, Rusty’s draws an interesting crowd. It can be locals, foreigners, suburbanites on the hunt for genuine bar-b-que, Indy Car racers from the racetrack down the road, super rural folk, or shoppers having just left The Outlet Mall. Eclectic dining at its best.

On that particular night, there were a few different dining types in attendance. There were some teenagers in the corner, our table featuring grandkids enjoying their Grandmother’s attention, and an older couple sitting directly behind me, within 18 inches of my ear.

The couple looked to be of the rural variety – he was wearing overalls and a John Deere hat, and she was wearing what appeared to be a homemade muumuu.

(Which, by the way, I had to Google and there may be more ways to spell “muumuu” than any other item of clothing in the Northern Hemisphere. So if you prefer mu’umu’u or muu-muu or mumuu or even moo moo, please forgive me because I just had to pick one and go with it.)

We enjoyed our dinner, the kids blissfully in the company of their grandmother, and Chris and I basking in the relaxation of having other adult backup that happens to be more interesting than us.

As we finished our meal, Ali wanted to get bubblegum out of the candy stand. This is a new thing for her – I personally despise bubblegum so don’t keep it around, and she’s never been too interested. But apparently, some KID in her Sunday School class has developed a proficiency for bubble blowing. And Ali feels the need to learn so that she can keep up with the societal pressures by which she is being smothered.

So she’s been practicing with candy stand bubblegum balls, which isn’t exactly the best bubble-blowing material. And she’s not exactly successful in her efforts. But, alas, she keeps trying. And that night was especially promising, since she had an expert-teacher Grandmother on hand, who was most likely still running on the high of potty-training my son.

Fortunately, they had a sour candy machine right next to the gumball machine, so I told Ali to buy her brother some candy.

Except that Noah, as soon as he saw the fun contortions that Ali and Gramamma were going through to try and create a bubble, wanted to be like them. 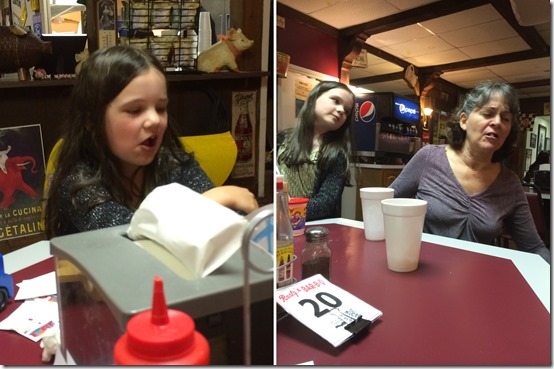 And I said in my most ominous Movie Trailer voice, “Because. Eet’s DANGEROUS.”

And, of course, it worked, thanks to the genetic coding that runs deeply through Chris and I which allows us to breed especially risk-averse humans.

But I did not realize the horror of which my words would create.

Mrs. Muumuu gasped loudly. And in her most southern drawl, nearly yelled at Mr. Overalls,

“Did you HEEE-YAR that?? That lady just told that little girl a LIE!”

He answered. “We-yell, maybe she could choke on it.”

“Well. I think it’s just TERRIBLE to lie to children!!”

Mr. Overalls could sense me listening, and quickly changed the subject. “Isn’t this food delicious?”

I giggled to myself, answering her – but only in my head.

First of all, he’s a boy – not a girl. I know he’s adorable and all, but he’s still pretty boyish looking – I think? Second of all, I will admit to lying to my kids from time to time. That whole 110% honesty-with-your-kids thing doesn’t really play out in real life – at least for those of us who are honest about it. After all, 110% isn’t actually a real number. (Okay it is but not when it comes to effort or honesty.) HOWEVER. I was not, in this case, lying to my son that you called a girl. Bubblegum is absolutely dangerous when in the hands (or mouth but it won’t stay there long) of a three-year-old. It is dangerous to his hair (heck it’s dangerous to my hair and probably yours too, considering how close you’re sitting), it’s dangerous to his shirt. It’s dangerous to his pants, his shoes, his socks (assuming he’s wearing any which is a generous assumption), my car, my carpet, his bed, and any animals that happen to walk by at an inopportune time. Because have you ever tried to remove bubblegum from an animal’s tail? If not, I wouldn’t wish it on you, but I promise you they’re not keen on the peanut butter treatment plan. So yes, yes, indeed YES. BUBBLEGUM IS DANGEROUS.

…But thanks anyway for planting yet another doubt in his little head. 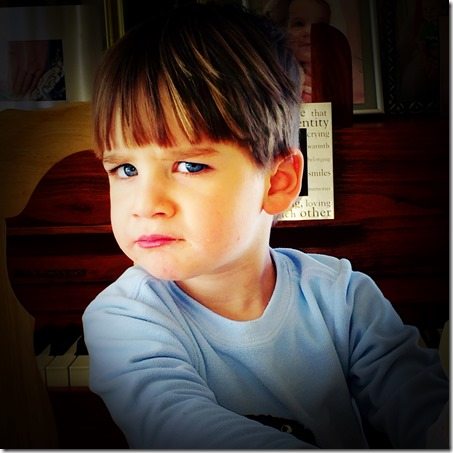