Sometimes my kid asks me a question for which I have no answer. I vaguely speak a bunch of hogwash and then change the subject, hoping she’ll move on.

But my mind cannot. It is a continuity issue that must be addressed. And so it spins in the background, using up my RAM memory and slowing down all other processes until it comes up with an answer. And it’s usually a really, really bad one. One that I could never actually give to my kid.

“Mommy. If Santa visits every kid in the world, then why do we need to give Angel Tree Christmas presents to kids who have less than us?”

I had been expecting this question weeks ago when we were shopping for our Angel Tree, but no. She saved it for Christmas Eve.

I said something about how Santa can’t give them everything they need and Jesus asks us to help others, then changed the subject frantically. And then my mind worked on this explanation for the rest of the day.

Well, kid. Nothing in this life is free – that’s something you need to go ahead and learn now. It’s actually life’s not fair’s broke mooch of a cousin, and in this case, they go together.

in the 1940’s, when the world was an innocent place and Christmas movies were being made like “It’s a Wonderful Life” and “Miracle on 34th Street”, Santa really was a great guy. He found joy in making the world a cheerier place and truly adored giving presents to the children. 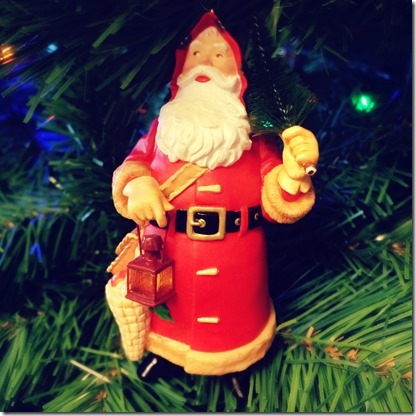 But then he let his fame get to his head. Just like it happens to the best of Disney Spawn like Miley Cyrus, it happens to Christmas VIPs.

Santa got greedy, egotistical, and really an all-around jerk. He now parties with Jay-Z and smokes crack with the Mayor of Toronto. I’ve even heard he’s dated a Lesser Kardashian.

(Oh yeah. Did I mention that Mrs. Claus left him in the mid-90s? She used to preview all the cassette tapes that boys and girls would ask for, and after listening to a few too many accompanied with a bit of Elf Leaf, decided that she wanted to follow Phish around the country.)

Anyway. Santa had to support his burgeoning party lifestyle somehow. And that’s when he decided to start charging the Santa Tax. 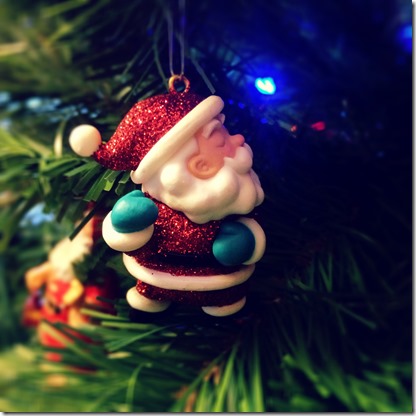 That’s right – I see your eyes getting wide. We PAY Santa to come here every year.

The amount of presents you get under the tree is directly correlated to how much Santa Tax we paid the prior year. So those braggy parents you saw on my Facebook feed whose kids got a Treehouse-playset, an inflatable bouncy house, and matching Range Rover Power Wheels? They were bragging because they paid a metric sleighload of Santa Tax so that he would spoil their kids like that.

But then, kids whose parents don’t have any money – well, they totally get the shaft.

You thought that Santa was all warm and loving and benevolent – but he’s totally not. He will put an entire family on the naughty list faster than a poorly worded tweet can end your career.

So those kids – it’s our job to love on them. We buy them presents so that they can get something. And usually, their parents tell them that our presents are from Santa so that the kids don’t grow up hating the old man.

(Even though he kinda deserves it.)

But really – it’s just the way of the world, honey. You can’t expect a man to have a monopoly on Christmas for hundreds of years and not go bad. We’re really actually lucky it’s not worse – I wouldn’t be surprised if the Elves started using everyone’s stockings for their drug smuggling side-gig. And we will rue the day when a particularly naughty kid wakes up with a reindeer head in his bed.

But don’t repeat any of this – because Santa’s got his spies out everywhere – I’m sure you’ve seen them when you’ve gone to your friend’s houses. They go by the name “Elf on a Shelf” but they’re really miniature Santa Tax collectors. If they hear you talking about Santa’s operation he will DEFINITELY not bring you anything.

And I hear these days he doesn’t just put coal in stockings – he douses that coal in lighter fluid and sets it on fire.

And that’s one of the many reasons why we focus on Jesus’ birth instead of Santa at Christmas.