It’s true. I’ve been cruel about your brand for years, likening them to my Grandmother’s Shriner Slippers, saying they looked like my 1986 Keds rolled with toilet paper, poking fun at anyone who would want to be like you, and absolutely refusing to even consider wearing a pair.

I admit that I thought them flimsy, faddish, and crack for hipsters.

But here I find myself, offering an apology.

Because you see, on a whim and thanks to my friend Zulily, I bought a pair of Toms this summer – gray Tiny Toms, for my two-year-old son.

There was something about the Velcro flap that made the design so much more palatable than the shapeless adult ones…and my kid hated the sandals I’d bought him. What was a Mom to do? 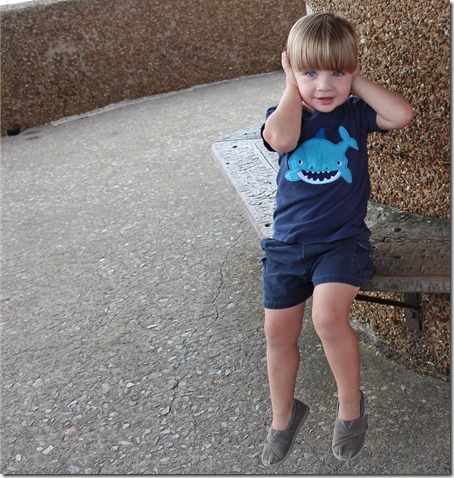 The Tiny Toms were perfect. Easy to get on, easy to get off, and he loved them – which was quite the accomplishment.

He wore them every day and would have kept wearing them nonstop if I hadn’t inadvertently raked a massive glass door across his foot and ripped a hole in his left shoe.

Although I would have preferred the Left Tom to have not torn, I do appreciate the fact that by doing so, he apparently mitigated the impact. Noah didn’t even flinch, despite my great negligence on his behalf.

I was saddened by the ripped turn of events, and immediately began trying to fix his lack of Toms. I had gotten them for nearly half-price on Zulily, and thought that surely I could mimic this deal on Amazon or somewhere else.

No one had them any cheaper than the Toms website – and it seemed like ordering them directly from Tom himself would surely be labeling me a groupie and make me complicit in smoking the hipster crack.

I MEAN, Tom would have my name and my address and my credit card expiration date!!

I swallowed my pride and ordered him the most fantastic pair of Red Toms ever – just in time for football season.

They came in and Noah was more enamored with his feet than ever before. He immediately named them his “Spiffy Red Shoes” and referred to them in that manner every time he mentioned them – except it came out as “Fiffy Red Shoes”, making them even more endearing. 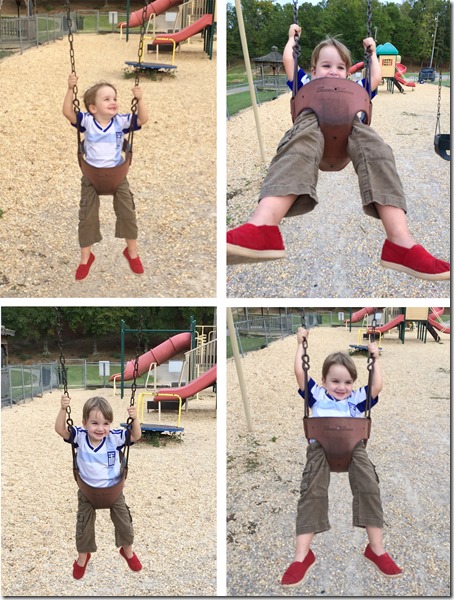 He thought they made him more attractive than any other foot covering ever – except, obviously, his sister’s ruby slippers. 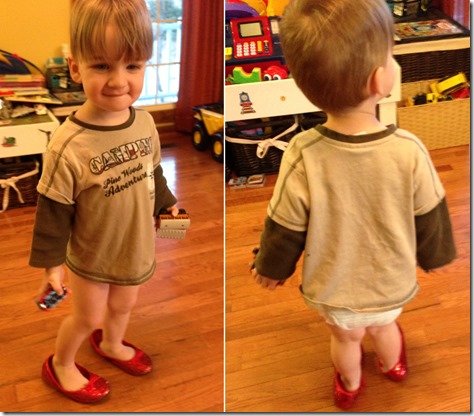 Fiffy Red Shoes became a huge part of our life – going everywhere with us (and making people point out my Toms Hypocrisy now and again.)

They accompanied us to Pumpkin Patch Nightmares, 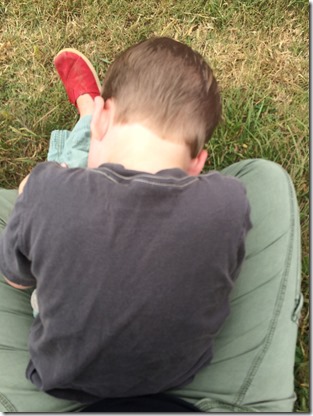 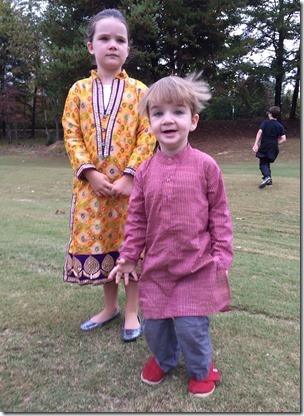 And of course, football. 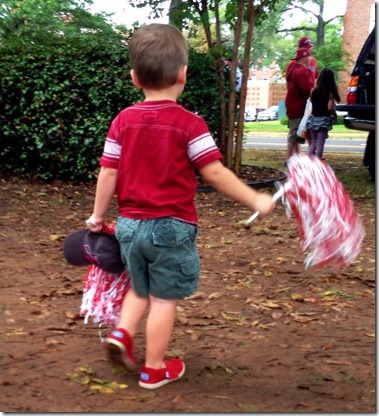 I cherished Fiffy Red Shoes so much that other Toms then began to grow on me – especially the women’s wedges. I won’t deny that a couple of pairs even made it into my shopping basket on the Toms site – but I didn’t go all the way.

And so our life went on – until a week ago.

They’re probably in an overnight bag or under a car seat or at the bottom of a toy box or somewhere else as easily accessible, but cry as I might, I cannot find them.

There has been a great cloud of sadness over our household as the bright glow of Fiffy Red Shoes has been extinguished.

And in such anguish, I have realized the completeness of my Toms Conversion.

And so, Dear Toms, I am sorry.

And I sincerely hope that getting this off of my chest will make Fiffy Red Shoes emerge from their hiding place AS SOON AS POSSIBLE. 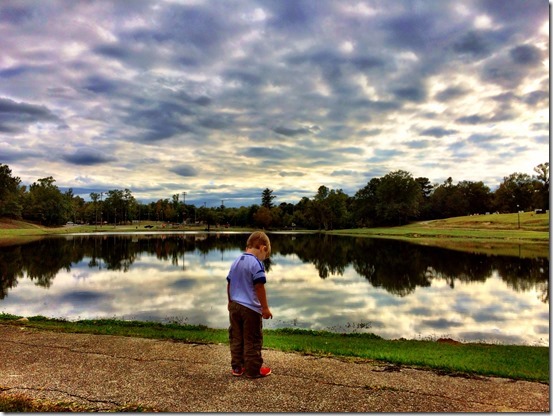 Because without them, life has no spark.

26 thoughts on “An Official Apology.”