Disclosure: The crafts contained herein are not Martha Stewart Approved, nor are they stolen ideas from said Martha. We must remember: I am not the expert.

So our Pumpkin Saga left off with us having three nearly microscopic pumpkins, an aversion to all future field trips, and cotton nightmares for life.

The children wanted to carve their pumpkins. And I had to tell them that their pinky fingers wouldn’t fit inside those infernally tiny pumpkins and we didn’t know a good Elf from which to borrow a pocketknife, so good luck with that.

(And also, considering the heat that is plaguing our October, if opened they would most certainly succomb to a particularly odious rot in a matter of hours.)

I was, however, willing to do a glitter project. Because, among my more bold and perhaps unintelligent character qualities, I don’t mind playing with glitter and children at the same time. 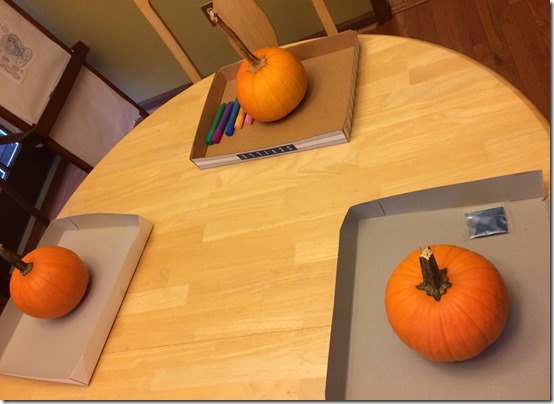 Ali and I had made glitter pumpkins in the past, but never with Noah, so I was confident it would be a perfectly pleasant undertaking. 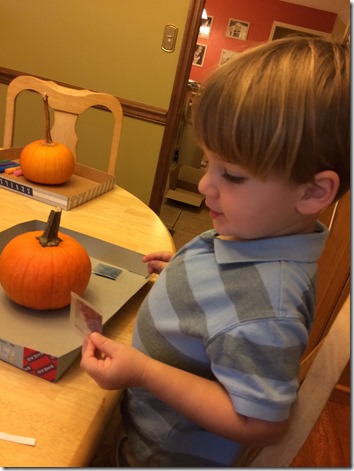 He picked out his color, waited semi-patiently for me to give him some targets for said glitter, 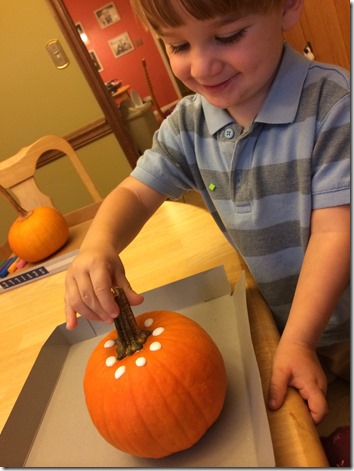 And then we realized those dots weren’t going to stay still, so we went with the drippy look. But he was well pleased, albeit a bit too handsy, so it didn’t matter. 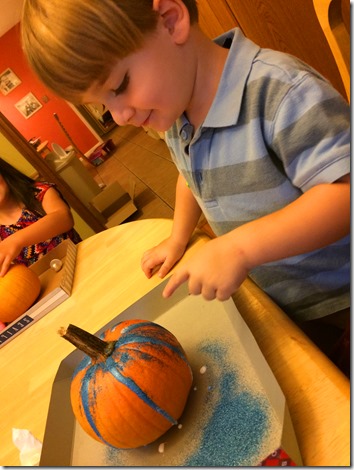 Ali had earned some new shimmery glue pens for letting me extract a tooth (I had thrown out dozens of bribes and that was the one she remembered and collected on), so she free-styled her pumpkin while I tried to control her brother and the billions of shiny particles within his grasp. 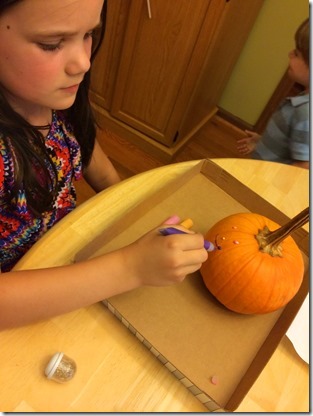 The only thing I can figure is that she was trying to draw a House Elf. And if so, it was fantastically Dobby-like. 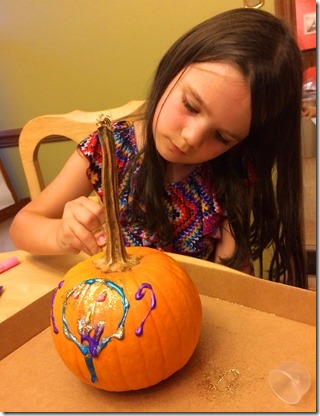 After I safely removed my two-year-old from the premises, I made my own pumpkin, dousing it with a good coating of glue, perhaps taking my vengeance on its patch through suffocation. 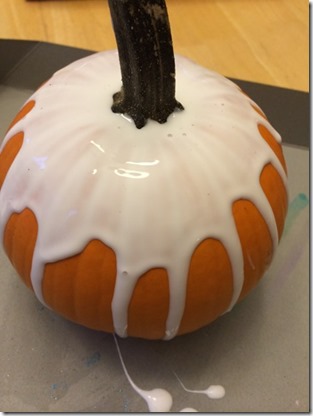 I decided to attempt ombré, because I felt the inexplicable desire to be trendy and there was no way I could make a gluey chevron. 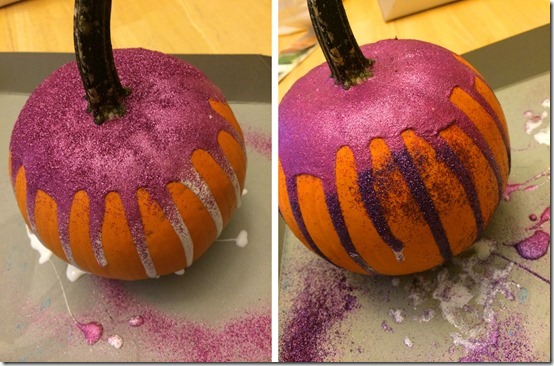 I wasn’t under any illusion that I’d just created The Pumpkin of The Season or anything, but I thought it was halfway decent. 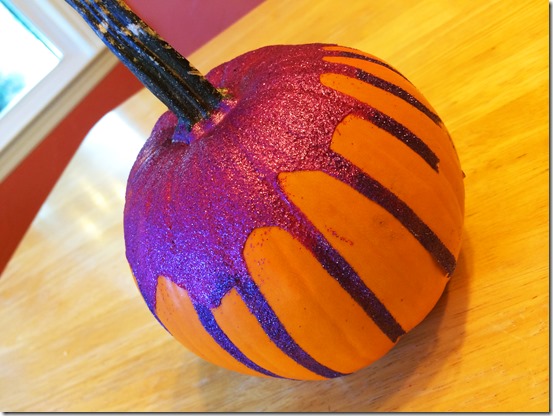 Especially compared to my competition. 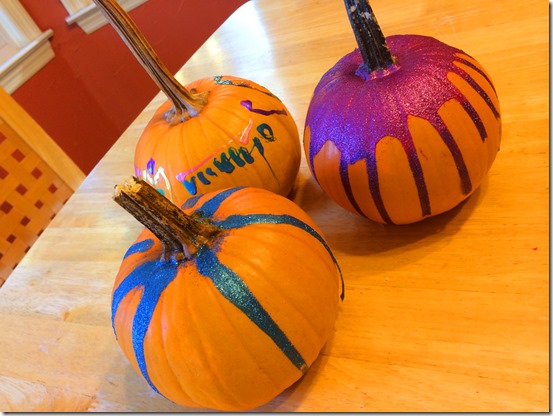 Until Chris came home, looked at all three pumpkins, then asked, “Who made one that looks like Lady Gaga if she were a crying Pumpkin?”

So next time I’ll just slap some bacon on my pumpkin and call it a day.

18 thoughts on “On The Torture of Pumpkins.”