I wrote about Disney (or the lack thereof). I wrote about LegoLand. But there was a lot of space on either ends of those experiences that deserve documenting. So here is, albeit late, my last accounting of our trip to Orlando.

The best purchase that I made before we left was this method of transporting my two year old. 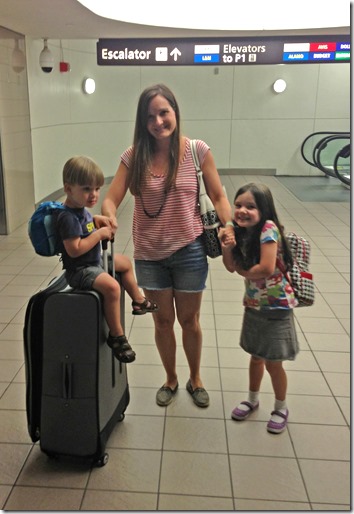 Until you’ve carried a three-foot-tall human being that wriggles like a maggot or Jillian Michaels doing doing plank-jacks (which is pretty much the same motion) through an interminable airport, you don’t realize how FANTASTIC it is when you can stick them atop a suitcase and roll them. 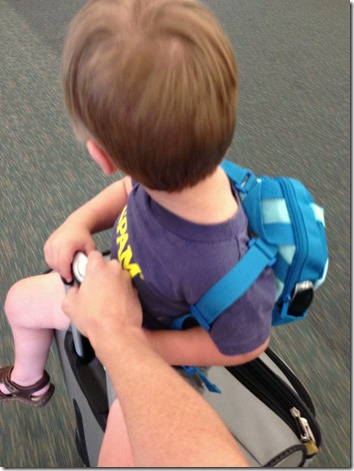 This is the number one reason that I recommend all parents invest in luggage that rolls omnidirectionally. And that you roll it at speeds high enough to make your toddler intensely afraid of abandoning ship.

(Until you get to the moving sidewalk. That’ll keep them scared enough to allow you to stop and take a picture.) 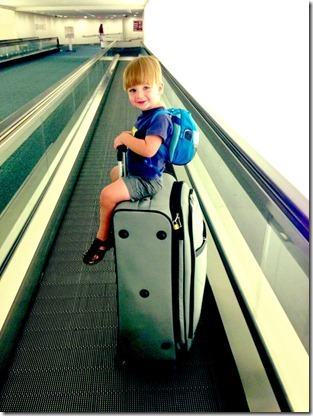 And honestly, I kinda want to take that suitcase everywhere now – because it doesn’t matter how much energy he needs to burn, he always ends up in my arms. And the added bonus will be unlimited storage space. My shopping production will be exponential!

Noah also got some seriously adult opportunities by flying. Such as drinking out of a Southwest cup. 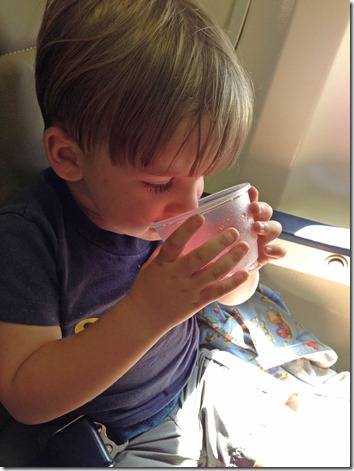 And being searched by TSA.

Yes, my two year old did get a complete pat-down by airport security. And no, I didn’t get a picture.

(Which is unequivocally my biggest regret of the trip.)

(But the angle would’ve been all awkward because my arms were out straight out while I was also getting felt up. Because apparently he and I were accomplices.)

(And TSA agents would probably have swarmed me and confiscated my phone and shattered it into a thousand iPieces for taking a photo of them giving a toddler a pat down.)

(But would it not have been EPIC??)

Outside of the airports, the kids most appreciated the non-Orlando-specific parts of our trip.

Such as the Hotel Pool, which we could have totally supplied them in Birmingham. 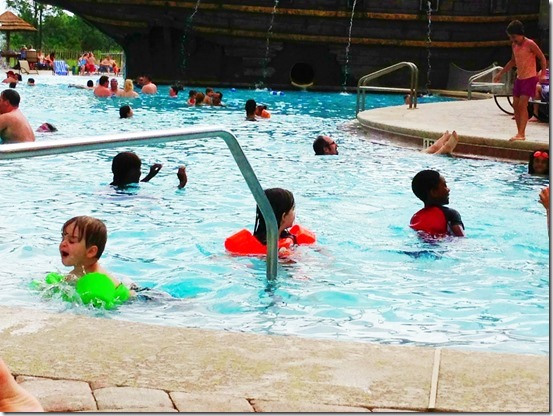 …except for the fantastic Pirate Ship that housed an internal water slide that Ali non-negotiably refused to consider trying, therefore striking “Water Park” off of our list of possible Orlando destinations. 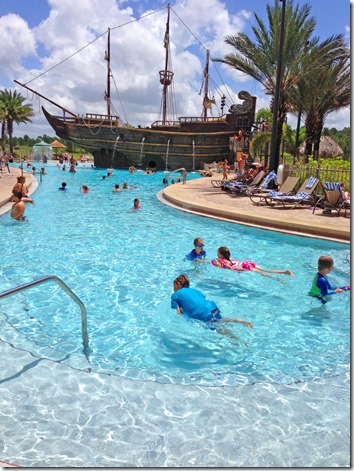 On a whim I suggested we spend one afternoon introducing or children to Mini-Golf. And I was hailed a hero by all. This photo portrays an eager-to-learn, rule-following young golfer. 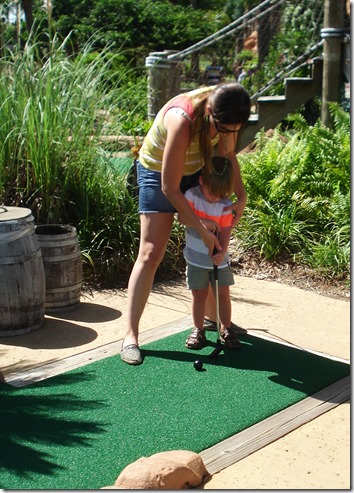 Which would be a lie. He is actually an overly efficient, shortcuts-are-our-friends young golfer. And he finished the par 2, 18 hole course at 18 under par. 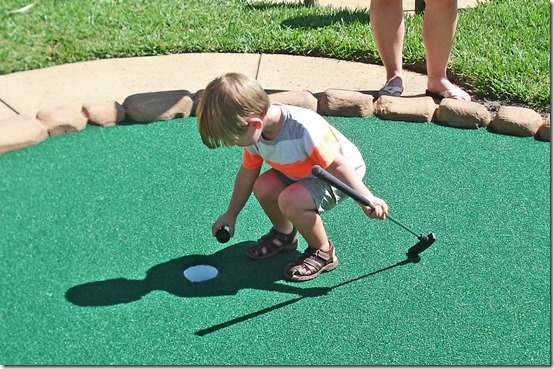 But lest you think he cheated and dropped the balls in the hole, that is not the case. He just had very strategic teeing off points. 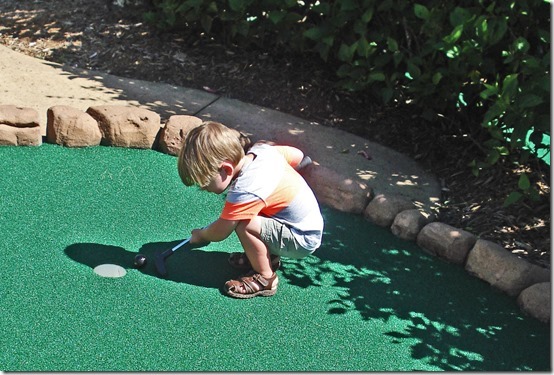 Ali was a much more conscientious player, and did express some concerns with her brother’s speedier advancement. 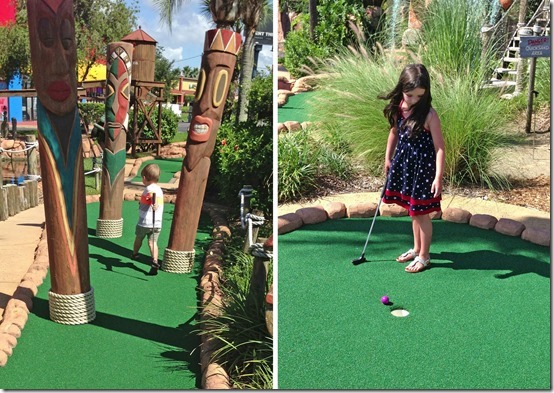 But ultimately, she got to experience the exultation of achievement, while he just kept getting his butt stuck in every crack. 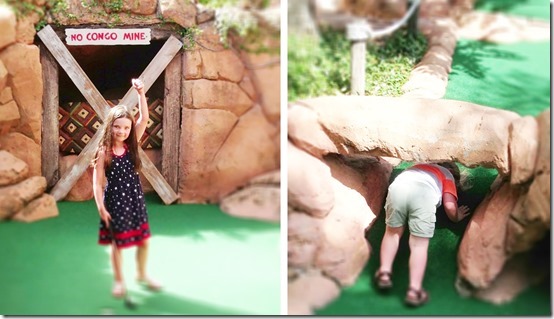 No mini-golf experience is complete without watching strangers feed alligators with hot dogs, 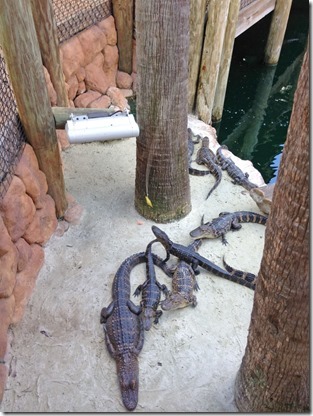 And mining for gems. Which actually ended up being the best value in Orlando. 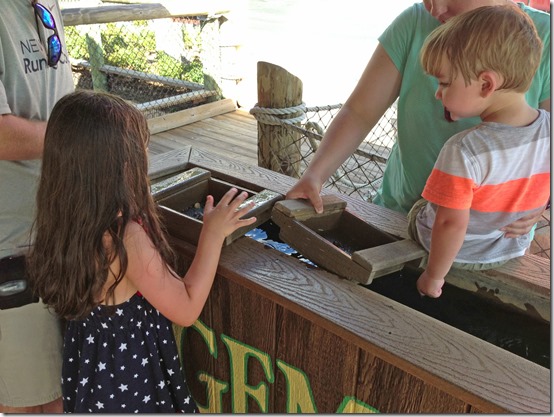 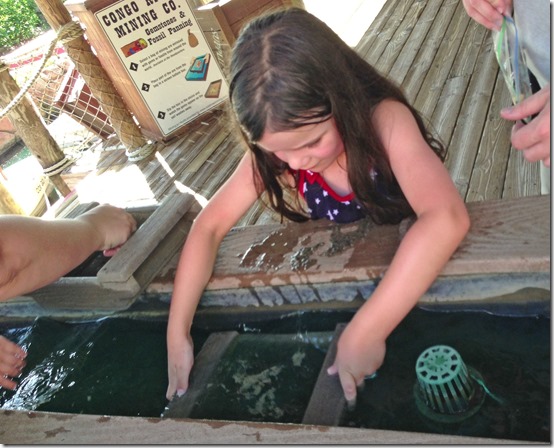 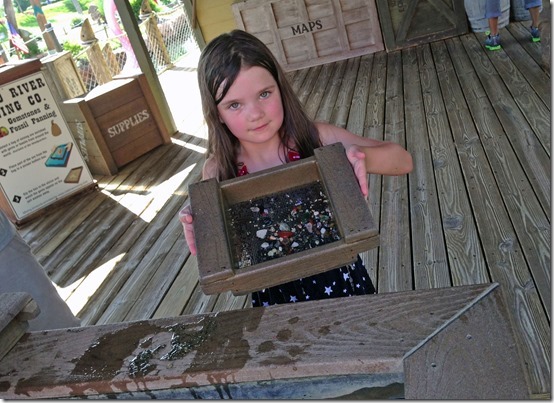 (I promise – she was happier than she looked,)

And scored the kids TWO bags of supposedly precious stones and arrowheads, along with a chart that kept Ali busy for the next hour while Chris did The Daddy Thing and drove us around looking at pretty houses. 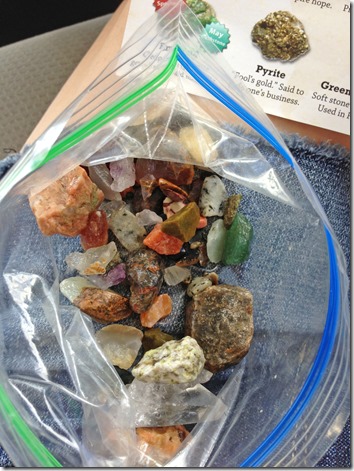 That rock chart saved our afternoon. I am sure of it.

The last “new” experience for the kids was a Greek Taverna. Despite our extensive supply of Greek Restaurants in Birmingham, we do not have a single napkin-throwing, bellydancing, opa-yelling one. 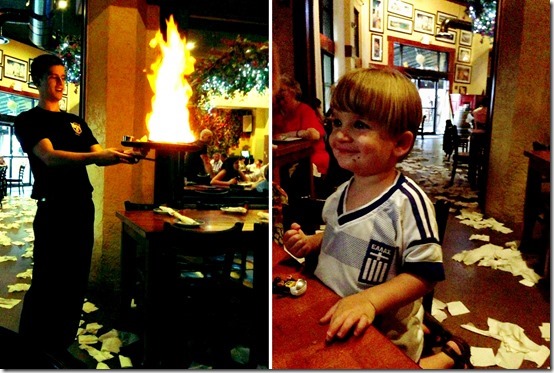 As we were leaving, Ali scored a gigantic stack of Throwing Napkins from a waiter, and went around blessing everyone in the restaurant with paper fibers in their food. To minimize the risk of getting yelled at, I limited my photo taking to her barrage of our own table. But imagine this happening with unwarned, mid-eating diners. 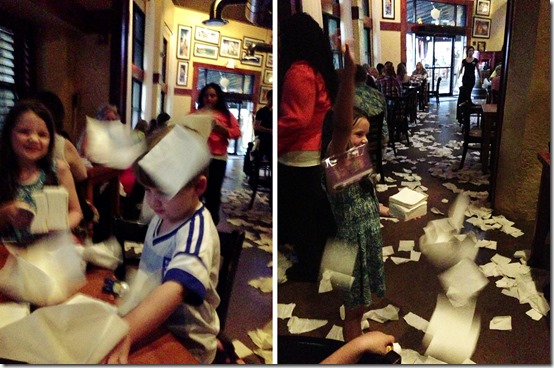 While she slowly worked her way through six hundred napkins, one of the bellydancers tried to invite Noah to dance. 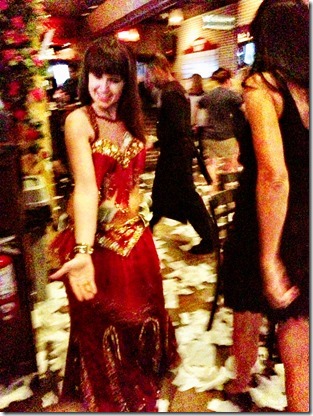 But he assumed from the outfit that she was Potipher’s wife and fled quickly. 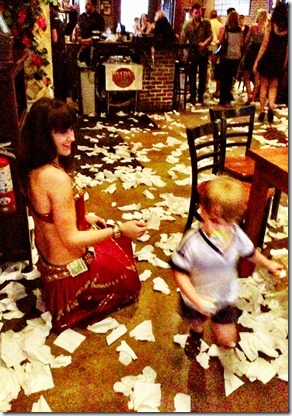 So to bottom line the trip. Did we get our “money’s worth” out of Orlando?

Perhaps not in the traditional sense, as didn’t make it past the gates of Disney. But our kids left blissfully happy. 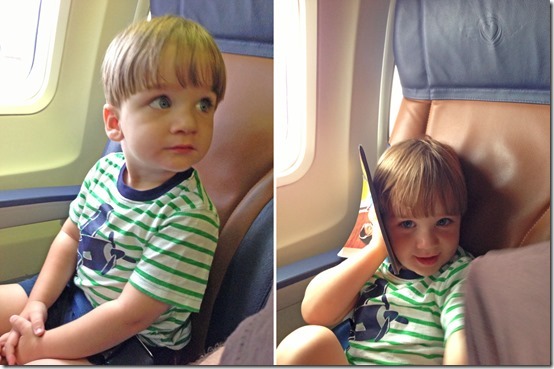 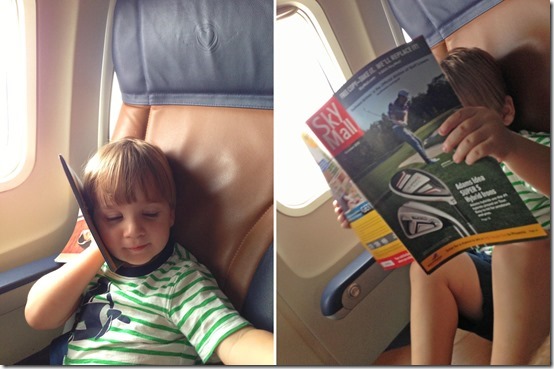 And, according to the letter that Ali wrote a friend as soon as we arrived home, we experienced enough Disney for her. 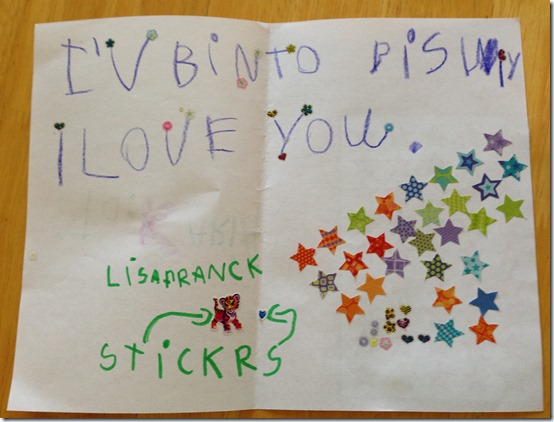 So I’m going to go with yes.