“You know. Like I did with Dr Pepper TEN and Uncle Joe’s Tot Locker. It’s been too long and I miss it. I really need something to dig into!”

“What do you think about if I did an investigative report on what our legal street address is? You know, since we live in the county – what should we technically put in place of the city? Legally, is our address ‘Birmingham’ because we’re in the metro area, or ‘(unnamed snooty suburb)’ because we have their zip code, or ‘Unincorporated Jefferson County’ because we belong to no one? Or do we not even have a legal address?”

“You can investigate that, but I don’t think it’d make a very interesting blog post…”

“Oh. Even if I called the Postmaster General’s Headquarters and grilled them about it?”

I took his word for it and have not called the Postmaster General. But fortunately, shortly after this conversation, someone offered themselves up to be investigated.

That someone hacked both my PayPal account and my old email address.

I discovered it quite by accident a couple of weeks ago, and it was a very bizarre hack job.

On my Email Account, all they did was set all of my new emails to go to the “recently deleted” folder.

But what they did not do was the strange part.

Either these were the stupidest criminals to ever discover the internet, or they were taking their sweet time (it looks like they had access for five days,) or their master plan was higher than my imaginings could comprehend.

And my imagination spent quite a while on attempting to comprehend it.

First, I did all the things that you are supposed to do in such situations – I changed my passwords, cancelled my credit cards, checked all other accounts, and undid all of their bizarre informational hacking.

But not without first storing their information in a safe place.

Then I started the fun part: the stalking and reporting.

Thanks to their leaving of (what was presumably their) mailing address into my account, it was high enjoyment.

I pulled up their house on Google Streetview and pretended that I was doing a real-time surveillance as I stalked their every move. 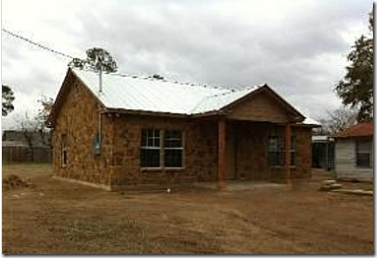 I learned that the house had just been built last year, was built on the remains of a trailer park, cost $1,100 in rent, would sell for (approximately) $101,560, and had just been rented out seven days beforehand – presumably to my perps. I knew the median house value in their neighborhood, the crime rates, demographics, the median income, and had streetviewed a nice little trip down their city block.

It took a little extra work since they’d just moved in, but I managed to identify the occupants. In fact, there were seven adult occupants in that tiny house, and I had their names, vitals, and ages.

I even had their phone numbers.

I gloated over my knowledge, practically screaming in glorious exultation at my computer screen,

“Take THAT, you silly little criminals! Mess with a blogger and see what you get! Your mother was a hamster and your father smelt of elderberries!”

But I didn’t call them.

(Not that I would ever overreact.)

My favorite call was to their small-town police department, where I talked to what seemed like the only uniform in town.

“Yes ma’am, and their house is zero point nine miles from where you’re sitting right now.”

I wasn’t entirely sure that she knew what the internet was, let alone PayPal, so I tried to reiterate the importance.

“I have a feeling that this might be a ring of criminals, and they most likely have far more victims than just myself.”

“Oh yes ma’am. We will definitely investigate it. And you said it was…internet fraud?”

Ultimately, I don’t know if my criminal friends will ever get caught, although I am checking in on my multiple case numbers with all of the various criminal justice organizations regularly. And I also still don’t understand their methods and strategies, despite my many quiet moments of pondering.

But I googled their soul, and that’s what counts.