My Granddad was a giant of a man.  I was never that impressed with Fezzik, Gulliver, or Goliath, because they couldn’t measure up to my Granddad’s height and girth. 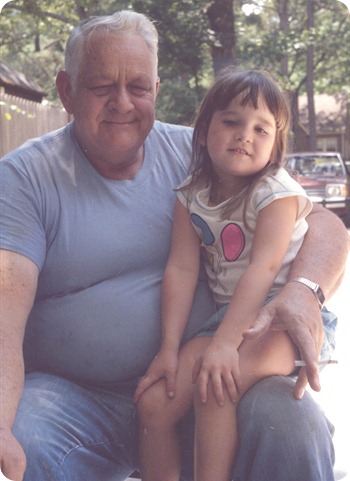 He was born to a Greek Immigrant and a Alabama Woman – a couple who had gotten married before he could speak English or she could speak Greek, which led to a colorful marriage, from what I hear.

Granddad had a stern, raspy voice, drank Ouzo on holidays, and used “dammit” as a qualifier for anything.

In fact, both my older brother and I learned that word from him, and tried it out on separate occasions to see if it would stick. 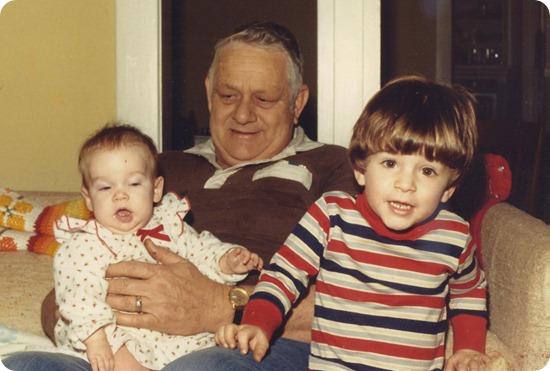 My dammit attempt was a particularly fateful occasion when we were headed to my cousin’s house to spend the day playing.  They had fabulous woods and empty streets that were perfect for exploring and bike riding.  As we drove up to their fantasyland of a house, I saw that my brother had left his bike there at our last visit, and I simultaneously realized that I had no such apparatus.

Dad slammed on the brakes, skidding our white Ford stationwagon sideways on my cousin’s driveway.  Mom’s head whipped around faster than puke centrifuging forth from a 1985 playground merry-go-round.

“Dammit.  John Chris has his bike out here and I don’t.”

Despite my parent’s decision not to punish me for my experimentation, I spent the entire day cowering under my heap of self-loathing, completely forgetting about my lack of wheels, because I’d lost the will to live, let alone play.

My brother was less guilt-ridden about his use of dammit.  He had tried it a few times and had been told that if he said it again, he’d get his mouth washed out with soap.

(Clearly my parents had also watched too much of A Christmas Story.)

But John Chris also had another penchant – one for drinking bathwater – which he had been instructed not to do, with the reasoning given “because it has soap in it.”

So one day as my mom was passing by the bathroom door, she heard my brother in the tub.

Self-Punishment.  He was always the more inventive one.

Granddad and Grandmother lived in Hollywood, the historic and highly sought-after neighborhood of Homewood. Any modern-day upwardly mobile yuppy couple would have been thrilled to pay half a million for their house, only to gut the history and replace it with brand new “old-world” fixtures. 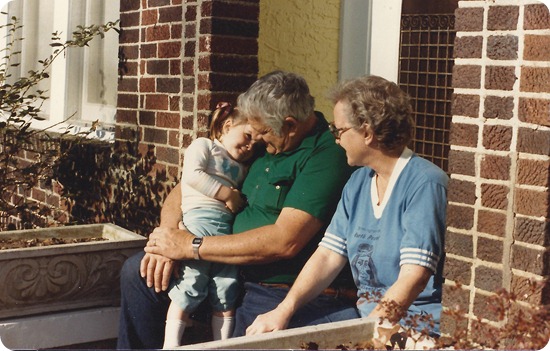 But my Grandparents were quite proud of the fact that they had paid less than the price of any car in their neighborhood for that house (many decades ago,) and also quite pleased with it’s many historical accuracies, including the attic’s orange shag carpet that sprouted up to my knees, the oft-appearing ghost, and the bathroom radiators that regularly burnt us grandchildren as we forgot what they were and used them to hoist ourselves up onto the antique toilets.

But what I remember best about my Granddad was his phrase for me.  He was a complete softy when it came to his grandkids – especially us girls.  He still had his stern, raspy voice, but it was used to say things like. “C’mere, little girl, and sit on my lap.”

I would excitedly launch myself up into his continent-sized lap, and without fail, he immediately responded:

“Dammit girl, you have a bony butt!”

For years, I thought this was just another Granddad phrase, like dammit but fleshed out a bit more.  I assumed that he said this to all of his grandchildren, never really noticing that my cousins did not get the same exclamations, nor did he refer to them as “Bony Butt,” as he often did me.

Years later and after my Granddad had passed away, I began hearing the same phrase from my husband.  Not the demand for water – the bony butt part.  We would find ourselves in a crowded room short on seats, and so I’d perch atop his lap.  Or I would just sit in his lap because he was my husband and, well, that’s what you do.

About three minutes would go by, and then he’d say it.

“You have the boniest butt!  It feels like a Tyrannosaurus tooth back there!”

“No, let me scoot you over and see if I can pull your pitchfork tines out of my legs.”

Dejected, I’d find my own seat, thinking to myself what a great Granddad Chris would make someday.

But I was still blind to the fact that I had a more uncomfortable derriere than a typical person.

That is, until after birthing my second child.

Somehow, Noah managed to rearrange the bottom portion of my spine even more unfavorably, leaving me with a pogo stick at the top of my butt and a rotator saw blade beneath each cheek.

And now I know: I have an exceptionally bony butt.

It’s not that it’s necessarily small, it’s just that the bones are so sharp they can cut through any amount of flesh, whether it be mine or someone else’s (or both.)  If I could find a diamond big enough to challenge my butt to a duel, my money would be on the butt.

And thanks to Noah, I find myself at a place where I can’t even sit on my own butt for very long without having to rearrange so that I’m propping myself up on my legs, effectively making a human hemorrhoid doughnut to shield myself from my own pickaxe maximus.

And sometimes, on days when it hurts especially bad, I whisper a tiny “dammit” … quiet enough so that my Mom’s eagle ears can’t hear, but perhaps loud enough that my Granddad can.

23 thoughts on “On Prophecies and Swearing.”