I should always listen to my husband.

You know, the hair guy?  Yeah – the one who pleads with me to keep mine and Ali’s hair long at all costs.

I really thought I knew what was best, so I talked him AND Ali into it.

(Because you see, he’s brainwashed her as well, and she’s quite convinced that she wants hair down past her bum – even if it means she might tee-tee on it.  After all, Rapunzel’s hair doesn’t look like she tee-tees on it very often.)

Ali has always had enviably fabulous curls, but as of late, her hair had gotten scraggly, tangly, stringy, and in desperate need of a trim. 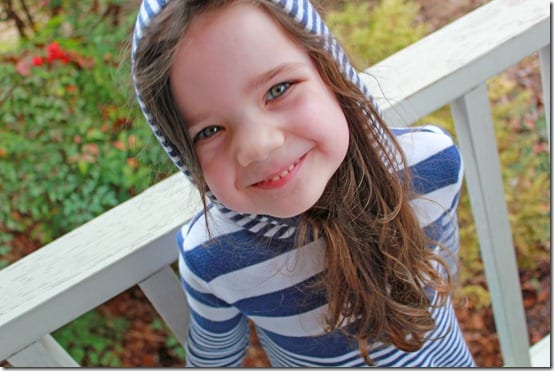 Chris can be reasoned with – he’s totally okay with trims.

But I wanted more – I wanted to get a few inches cut off so that her curls would curl up better.  I was convinced that they were simply weighed down, and just needed a bit of buoyancy.

After all – I had proof. 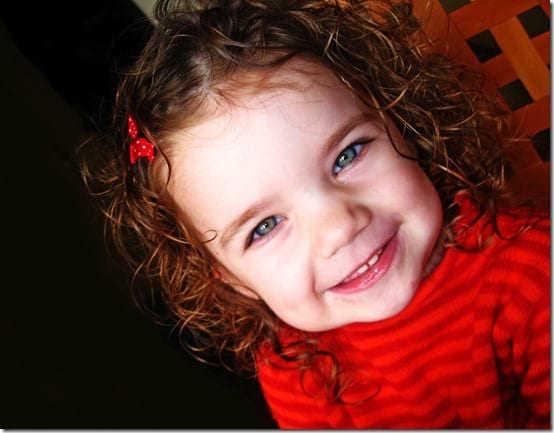 And just a year ago, slightly longer but shorter than it is now, it looked like this: 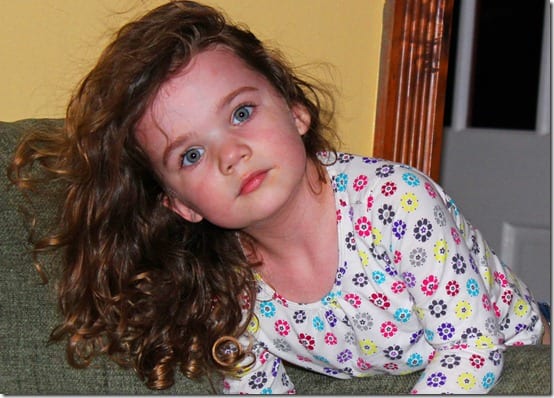 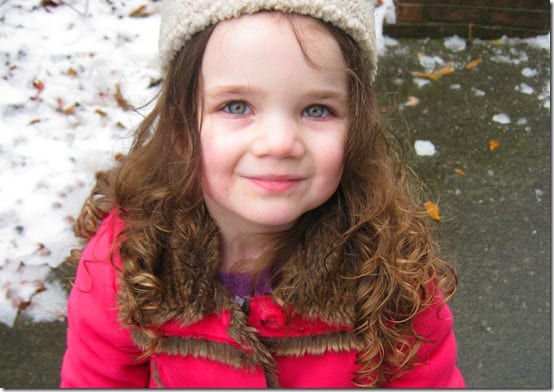 Furthermore, when we went to the beach this past weekend, it looked curlier, thanks to the humidity. 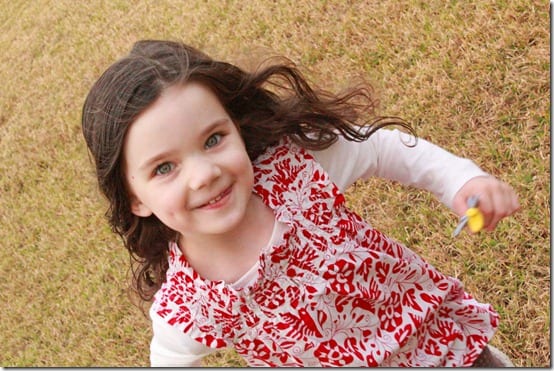 C’mon, babe.  Let me get her hair cut shorter.  Just to try it.  Hair grows fast!

I used to be paranoid every time I got her hair cut – What if this is it?  What if her baby curls go away?  But after five years and dozens of trims, I quit worrying.  They hadn’t left yet – surely they wouldn’t leave now.

So I got daring.

I told the hairdresser to cut a few inches off and put some layers in.  She agreed with me that this plan of action would revive Ali’s curls.

I left Ali in the hairdresser’s trusty scissorhands and went to hold Noah down while he got his hair cut.  When he was fully trimmed and I got back over to Ali to check on her progress, I gulped.

…and feared a little for my life.

It was a lot shorter than I imagined, and there were piles of curls on the floor.

I wanted to take a photo of all of the curls.  I wanted to sweep them all up and stash them in my purse.  And I really wanted to go get some super glue and reattach them.  But some combination of having my hands full of a wiggly baby and my self-consciousness about making a spectacle held me back.

The hairdresser finished cutting, put some curl product in, and gave it a few scrunches.

“Don’t worry – it’s pretty straight now because I’ve been combing it.  It will curl up much better after it’s next wash.”

I took Ali home, fed her lunch, and immediately washed her hair.

I then spent half an hour desperately finger curling and productizing her hair, hoping to prove my theories right.

Instead, I found myself face to face with a much older looking little girl.  With nice, healthy, thick, tangle-free, STRAIGHT hair. 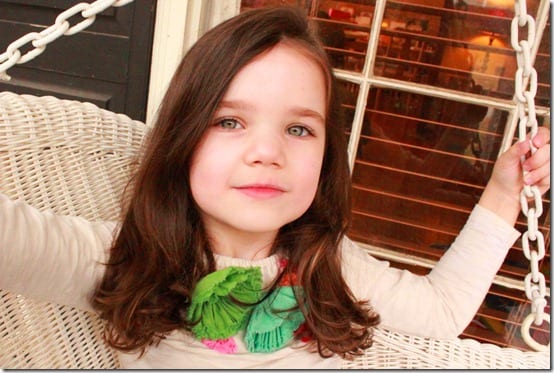 It had a little bit of wave going on at the bottom, but nothing like her former ringlets. 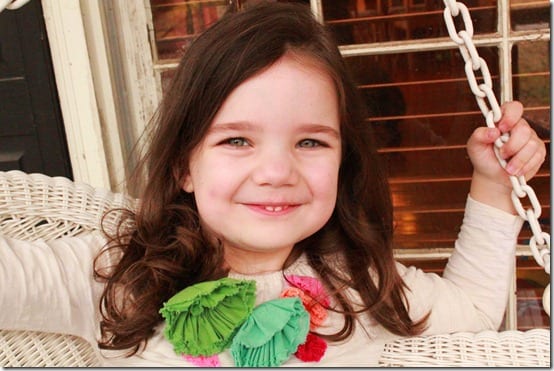 I moped around all day.

I picked up my phone several times to text Chris and prepare him – but then put it back down.

I mentally kicked myself over and over for not leaving well enough alone…and for not saving some of those curls.

But, surprisingly enough, Ali was thrilled with her haircut. 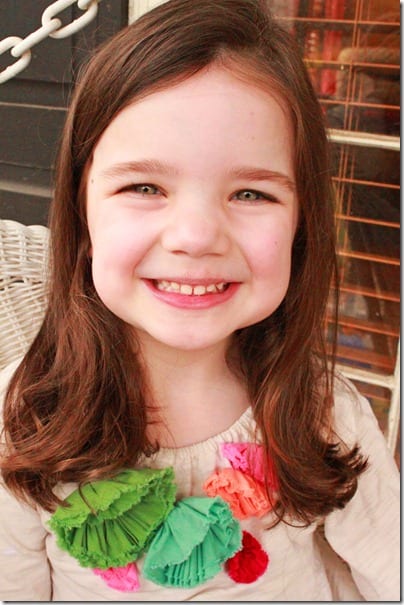 …and she couldn’t wait to show it off to her Daddy – a moment I felt quite the opposite about. 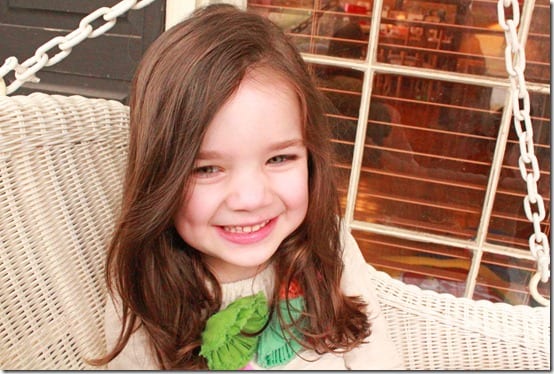 But Chris handled it well.

He complimented her on her haircut, told her how beautiful she was, and didn’t break down in tears.

But my angst only increased.

Because I had also noticed just this week that her eyes seem to be changing drastically, something that seems like it shouldn’t happen at the age of five.

Gone are the super blue, almost freakish in color eyes, 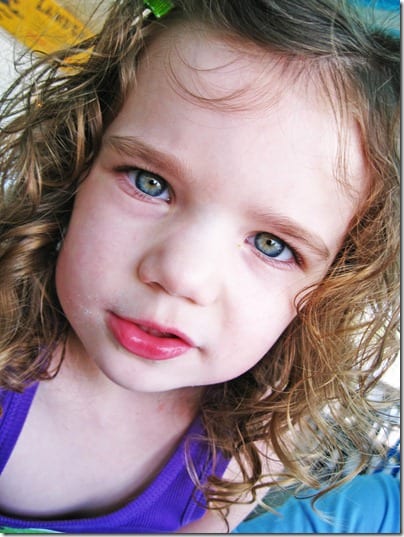 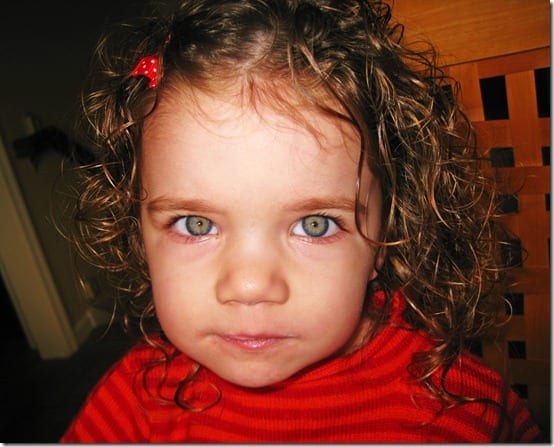 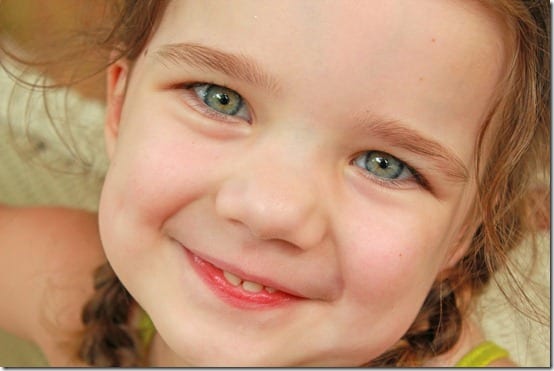 For they have been replaced with eyes that are greener than blue, and seem to be leaning towards the brown/green hazel tint of mine and Chris’ eyes. 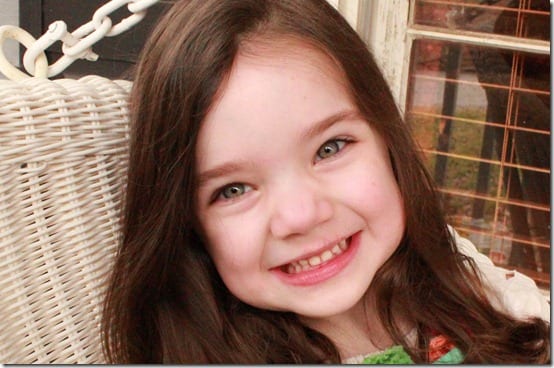 Not that there’s anything wrong with straight hair OR hazel eyes – especially since I have both.

It’s just way too much change all at once.

Luckily for Ali, though, she’s handling it all with superhero powers of obliviousness. 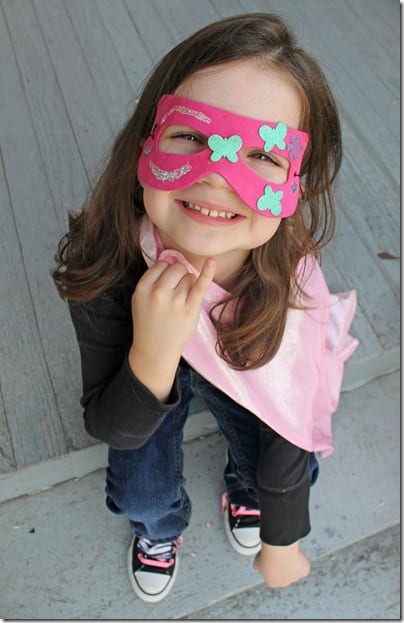 …while I lay in the fetal position in the corner and repeatedly remind myself to LISTEN TO MY HUSBAND.