“You know how they make very nice, expensive replicas of Harry Potter wands and stuff?”

“Well, I want to get Ali something like that for Christmas – something special just from Daddy.”

“No, no, no. Not Harry Potter – something Princess related. I want to get her a real-feeling, heavy piece of treasure of some sort. Like a “real” Princess necklace or something. Does Disney make that?”

“I don’t think so, but I’m sure we could find something.”

And so began the search for a treasure. Every time we went Christmas shopping, Chris would gravitate to sparkly things and feverishly search through the clearance costume jewelry, looking for a heavy, “authentic”, treasure.

And finally, he found it. A ridiculously gigantic gold sparkly bejeweled monstrosity. For $13.

He brought it home and we admired it’s overwhelming size and sparkliness.

“Which princess story does it look like it’s from?”

We stared and stared.

Finally, I suggested, “Why don’t you write a Princess story to go with it?”

He looked intrigued. He pondered…he thought…

“It looks like it could be an Egyptian treasure. I could write a story about a little Cleopatra or something.”

“Ali HAS been obsessed with Pyramids lately…but skip the part about them being full of dead people. She’s not so thrilled about that.”

Soon after, he presented me with the rough draft.

It was perfect. There were so many touches of Ali’s personality throughout the pages, and he even used words that Ali coined, like “swoopy”. This book was written to the exact specifications of our daughter.

We were both giddy with excitement over the idea of Ali receiving a custom-written book AND an associated treasure for Christmas – could anything be more exciting and meaningful?

On Christmas morning, we opened all of the presents and stockings, all the while telling Ali that she had one more special present from Daddy. After Noah went down for his morning nap, we pulled out the much anticipated box.

She read the name of it. 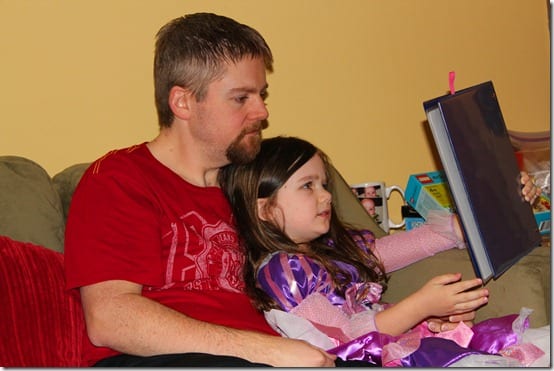 Chris opened the book to begin to read.

“No…I don’t think that I want to read this right now.”

“What? Why not? It’s a book that Daddy wrote JUST for you!”

“I think I’d rather play with my new toys.”

We began to consider the possibility that perhaps almost-five-year-olds didn’t measure worth in the same way that thirty-plus-year-olds did.

I mean, GEEZ – I’d love to have a book custom written just for me.

“We’ll read it for bedtime. She’ll totally be into it then – anything to delay bedtime.”

Yes, that was the ticket.

So we got Noah off to sleep and pulled out the book. Ali was totally tuned in as Chris read her the story of Cleo. 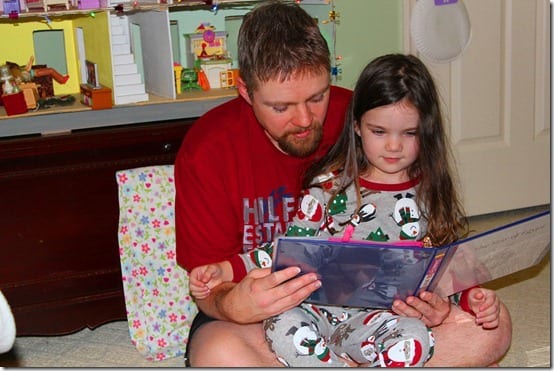 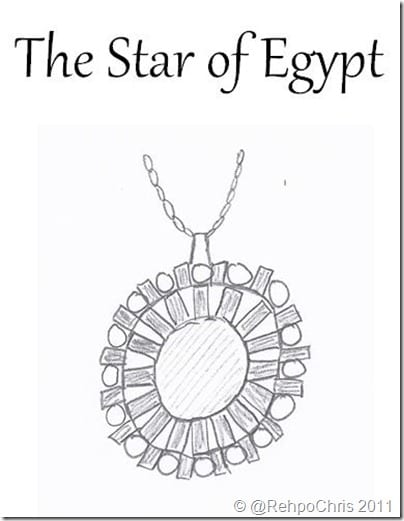 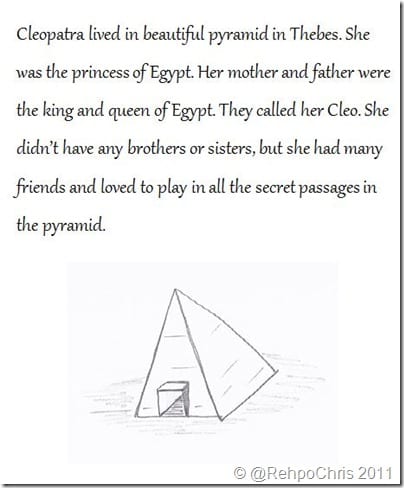 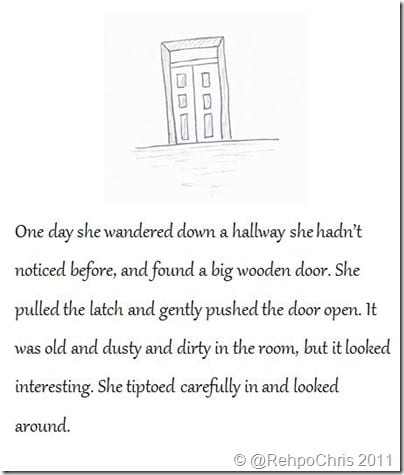 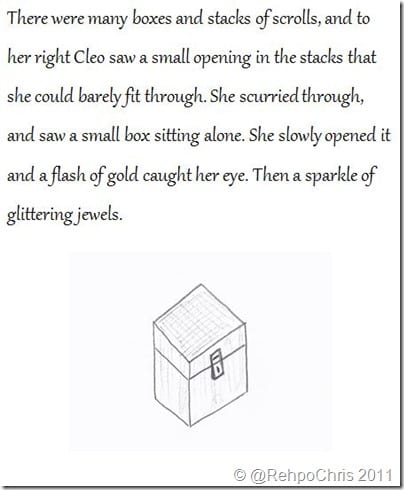 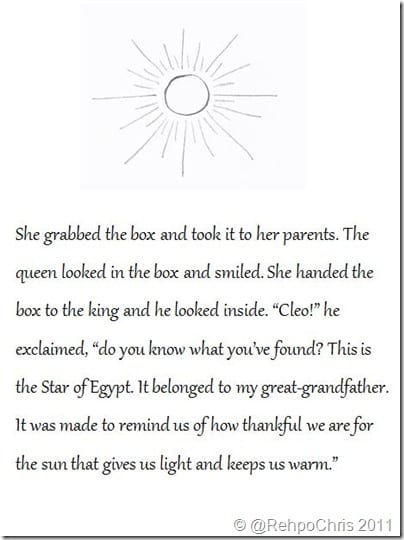 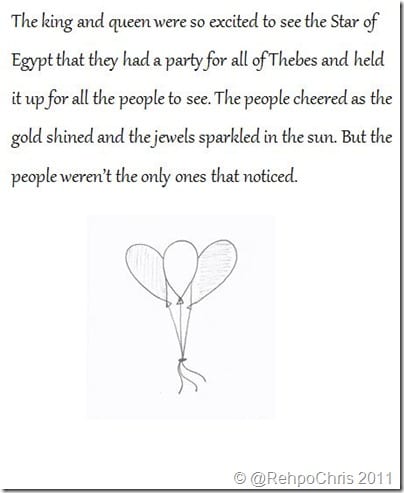 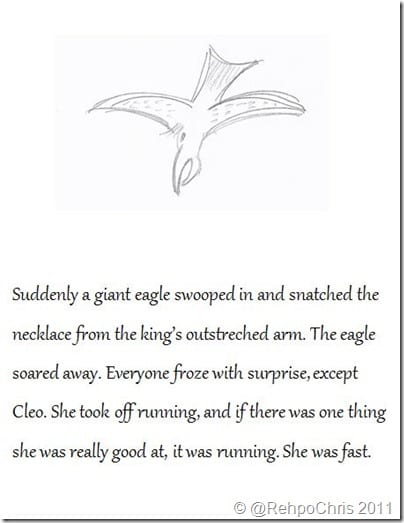 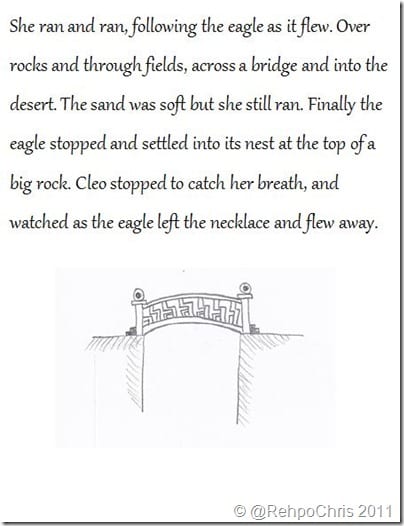 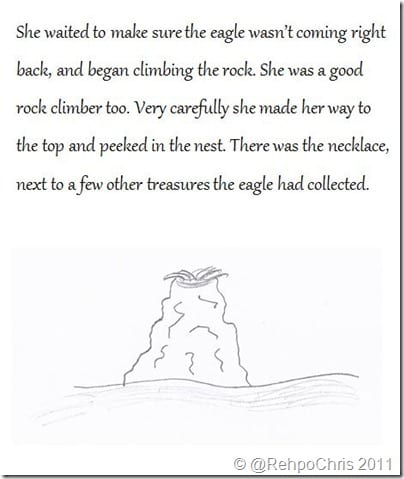 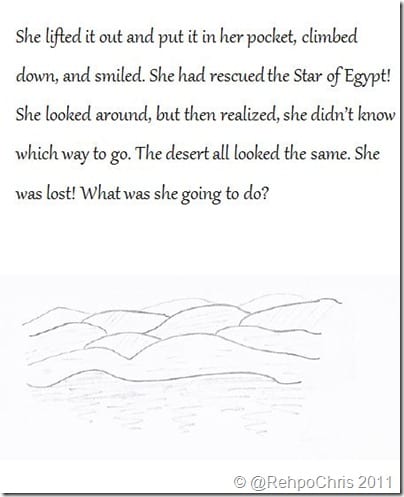 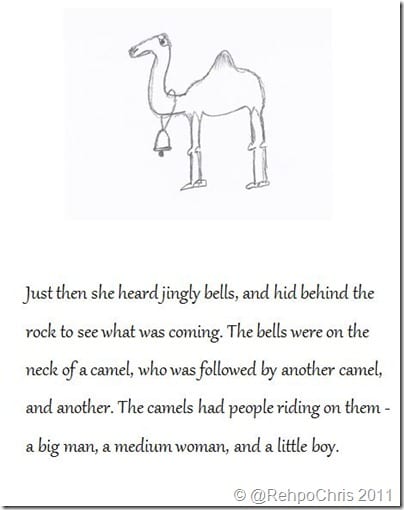 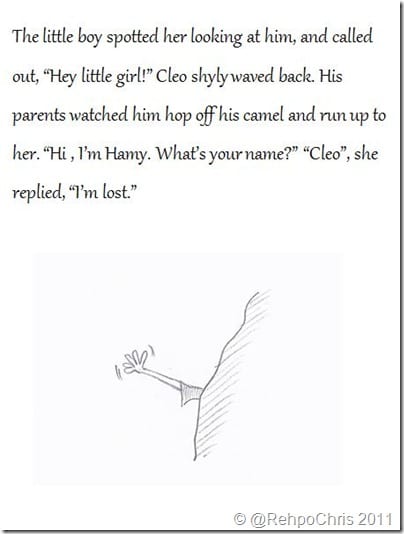 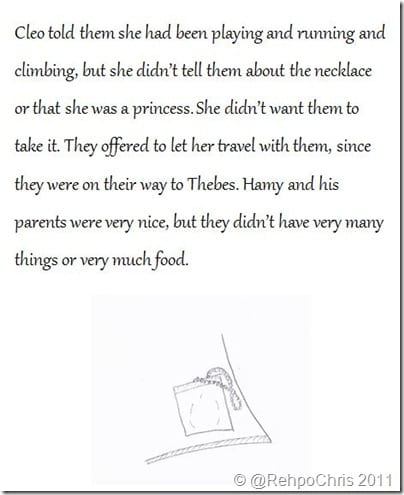 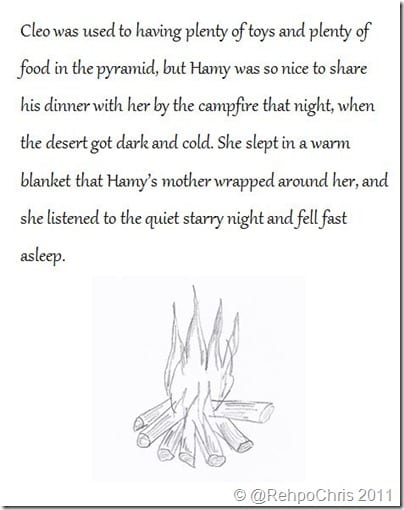 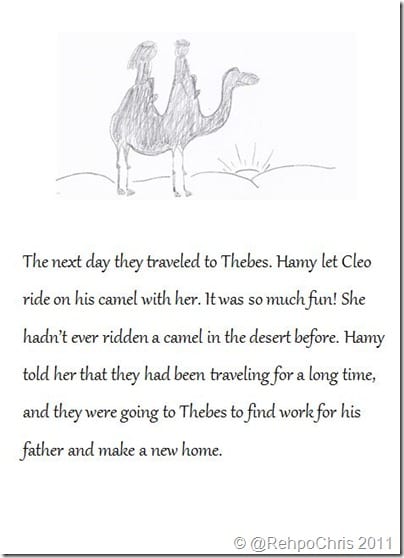 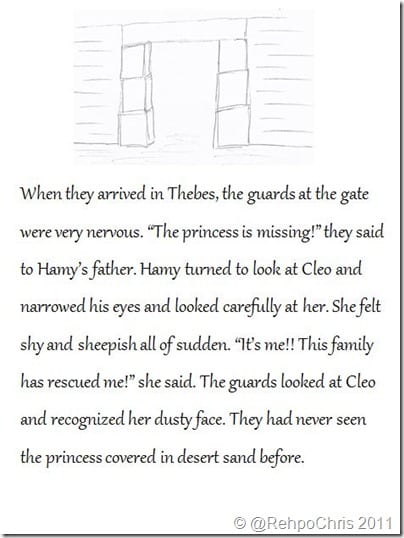 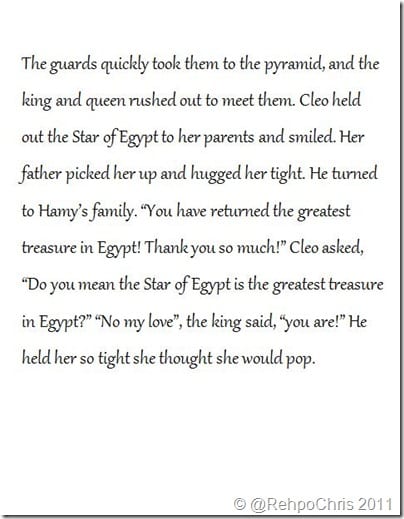 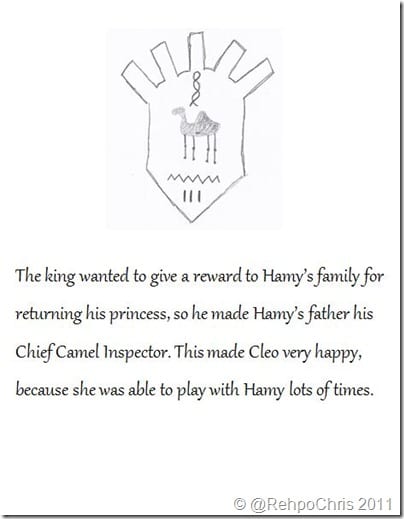 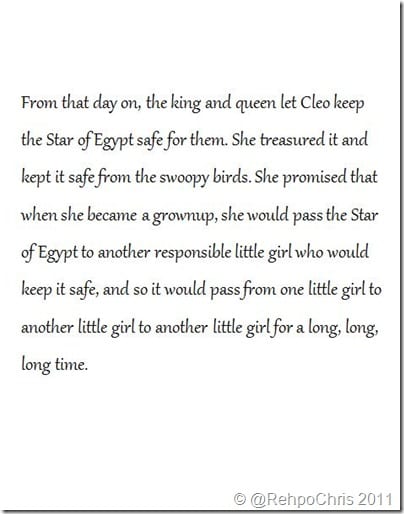 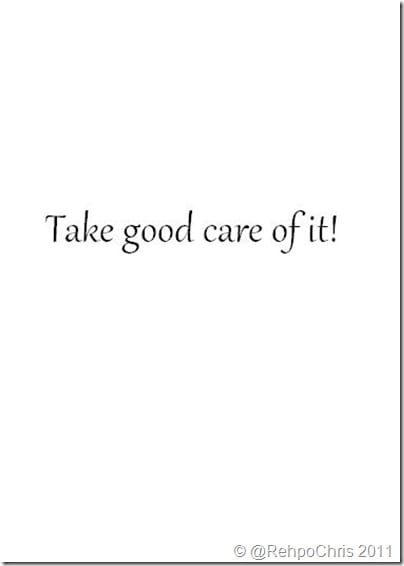 After he got to the last page, Chris asked Ali,

“What do you think happened to the Star of Egypt?” 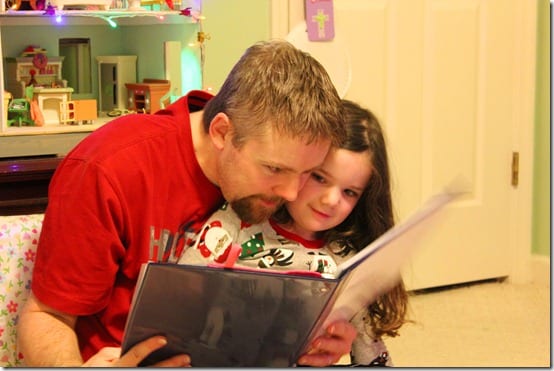 “There’s another present down in the bottom of the box. Why don’t you see what it is?” 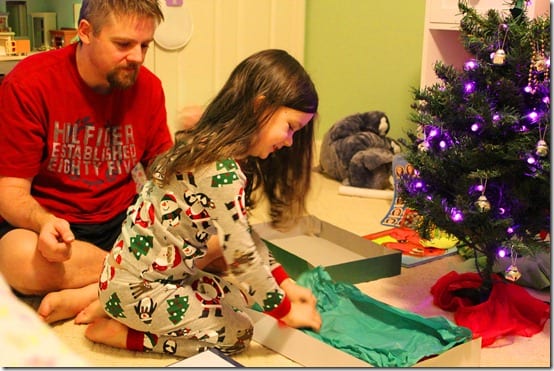 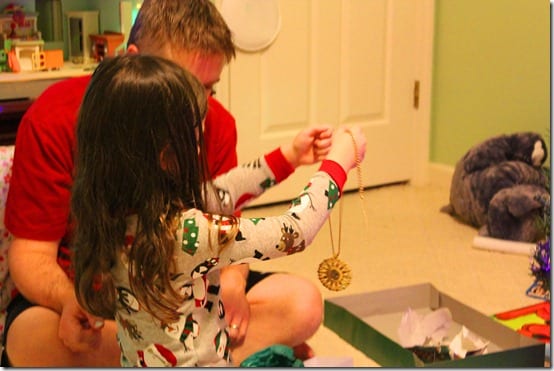 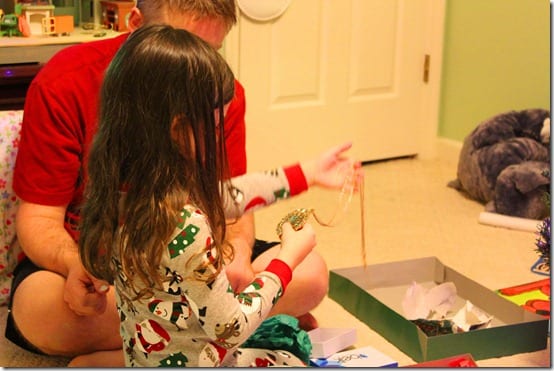 “Look on the front cover again.” 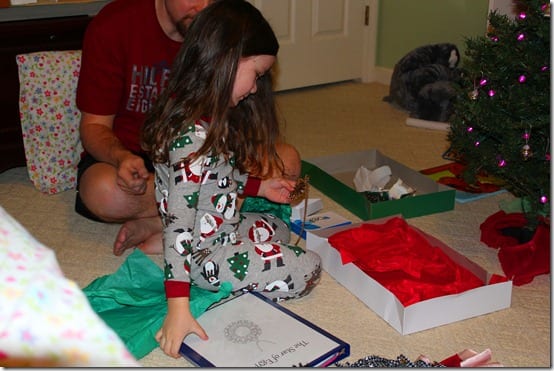 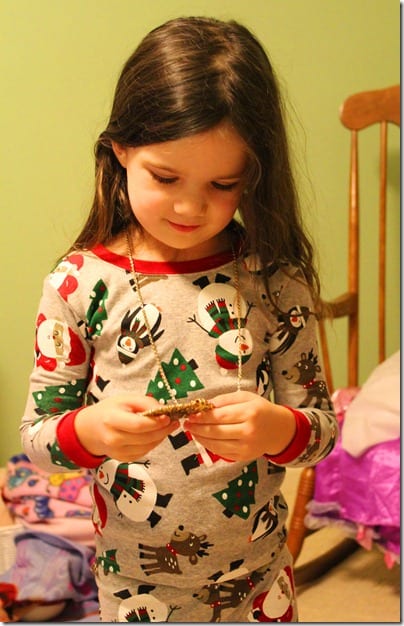 …and then what followed was a ten minute interrogation into the minutia of what was and was not real, right down to the swoopy birds.

Finally, after all was as clear as the sands of Thebes, she felt comfortable relaxing and enjoying her new treasure. 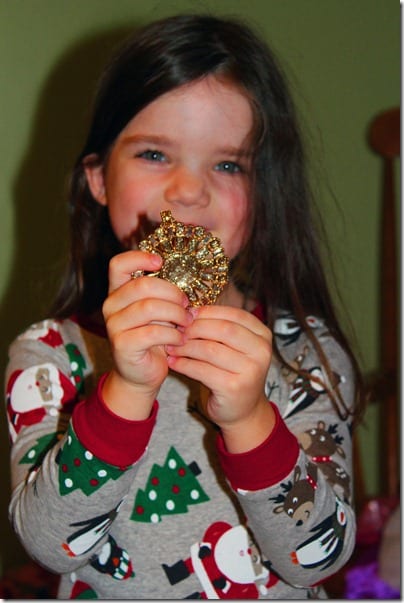