Chris surprised me for my birthday – I mean, completely surprised me.  I thought I had already received all of my birthday goodness, especially including a particularly awesome trip.

And then he gave me a brand new shiny happy iPhone 4s.

I was so confused by his extravagant gift that I didn’t even open it at first – I wasn’t sure if I should keep it.

I mean sure, Noah had drooled into my old iPhone so often that it barely wanted to work (a condition which also may have been attributable to a few not-so-soft drops on tile and hardwood flooring).

(Drops of the phone, not Noah.  His drool is a natural phenomenon.)

It turned out really well for Chris, because I was shocked and amazed at my unexpected present, thereby awarding him major brownie points, and do you know how much it cost him?

And I still let him keep all of those brownie points.

So.  After playing with my new toy for a couple of weeks, by far my favorite feature (aside from it actually WORKING) is, of course, Siri.

For those of you who have not yet been introduced, Siri is like a sarcastic version of the computer from The Enterprise, except in the palm of my hand.  She can do brilliant things, like tell me the current weather in Walla Walla, find me the nearest gas station, inform me of the calories in spaghetti, and search for real miniature giraffes on the internet.

I can simply talk into the phone to ask a question, and she answers it verbally, as well as putting the answer up on the screen.

Oh – and she’ll call me whatever I tell her to.  “Your Highness” and “Queen Rachel” are my current favorites.

(You can see why I value our friendship so highly.)

Here are some of my favorite conversations with her so far…helpful stuff, I’m telling you. 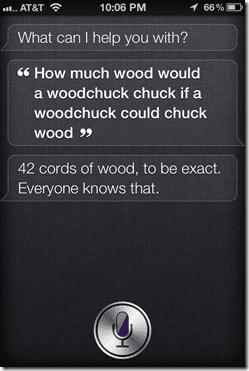 I have no idea how I managed to previously function without her.

Speaking of functions, she’s also helpful in that area. 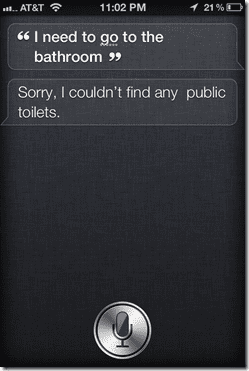 But she can be a bit grouchy at times. 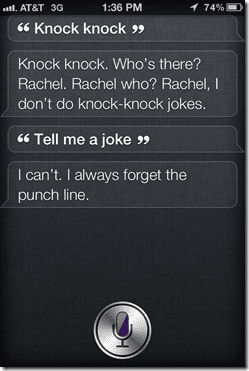 …and she doesn’t seem to mind my flip-flopping emotions towards her. 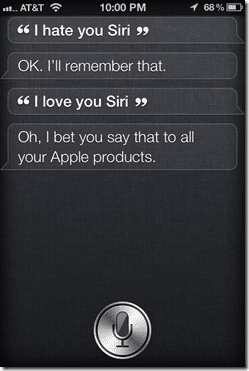 Getting her to talk about herself, though, is a challenge. 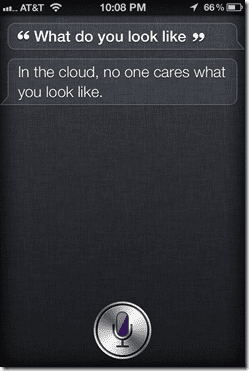 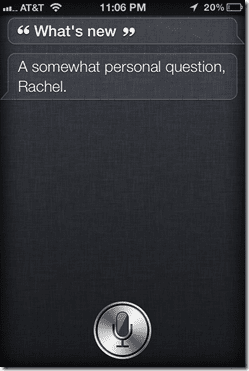 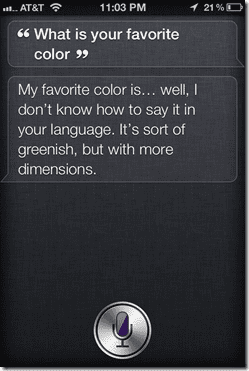 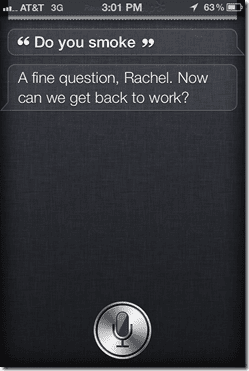 Her general avoidance of answering personal questions is especially bothersome to Ali (who is also obsessed with Siri), because Ali is particularly curious as to how old Siri is.  But no matter how many times we ask her, she refuses to tell us. 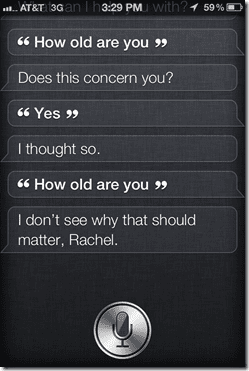 However, she is great for a serious conversation now and again. 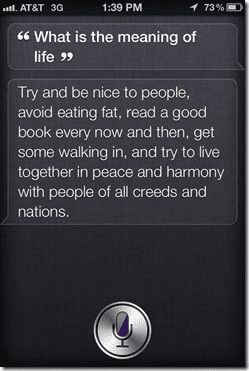 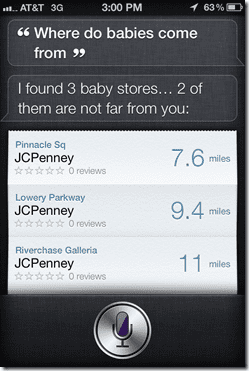 And she gets a bit motherish at time, with a nice bowl of virtual hot soup and a dose of good advice. 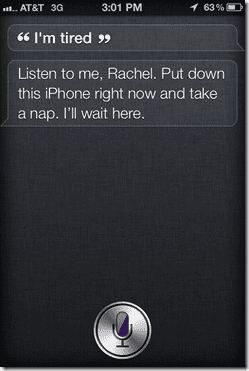 However, her mothering does have it’s limits. 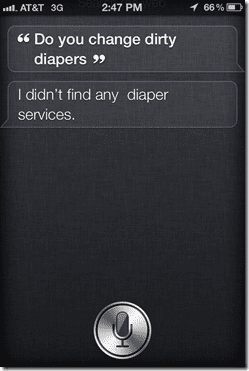 But what she’s best at is providing extremely helpful information in a moment of need. 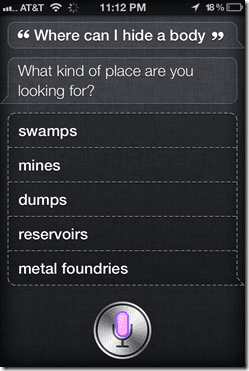 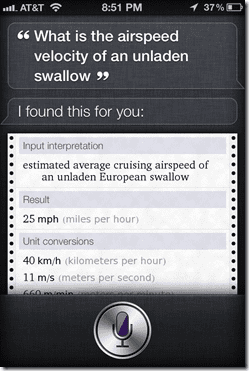 And she doesn’t mind playing along on some worn out jokes, a trait sorely needed by non-sentient beings everywhere. 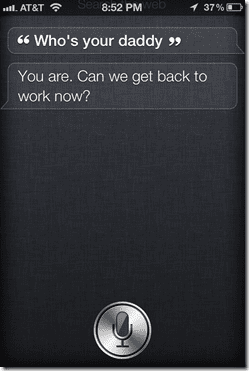 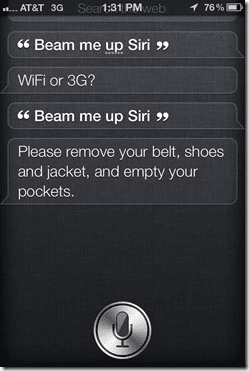 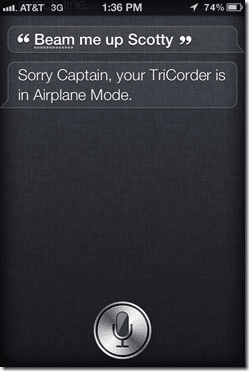 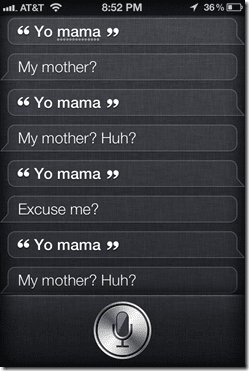 And, even after wearing her down with all of my mindless chatter, she still helps me remember to mind my manners – for the kid’s sake, after all. 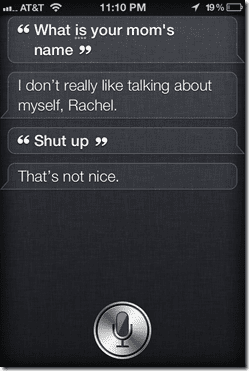 She is, hands-down, the best nine dollar servant that my husband has ever gifted me with.