Since discovering the rebirth of Burlap to Cashmere, Chris and I have been living on their music in anticipation of our concert experience.

On one of these particular listening occasions, I found myself alone in the car, stereo system blaring, bass turned up, knowing that my car was thumpin’ the surrounding traffic with the insanely catchy rhythms of one of my favorites on their new album

And then I remembered where I was headed.

To a Homeschool meeting.

And all of a sudden I felt like I owed the band an apology.

But you know what?? That’s what you get for disappearing for 10 years. Your teenage fan base morphs into homeschool moms.  So I won’t apologize, no I won’t.

It was very kind of Burlap to schedule their Atlanta concert on the very night of my thirtieth birthday – it created a utopian excuse to have a night away with Chris, and to travel back in time, pretending to be seventeen again instead of focusing on my newly attained numerical definition.

Granted, the whole late-night concert thing almost crashed me back into remembering exactly how old I was, as I was checking my watch for bedtime before the opening act finished.

But finally, after taking my dentures out and hopping into my housecoat, the band appeared behind the curtain. 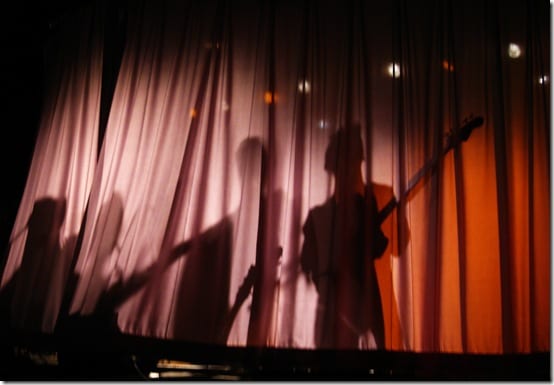 And then the curtain rose and the music began. 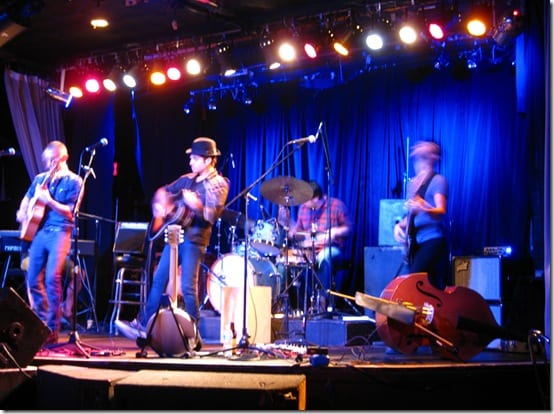 Upon the first transcending notes, everything else became inconsequential.

Johnny was just as mind-blowing of a guitar player as he had been in 1999.

Steven’s voice reached down and grabbed our guts.

The band melded together and created a masterpiece that was a thousand times more epic than that tiny music venue deserved.

As Chris said in a tweet that night, this is what music always wanted to be when it grew up. 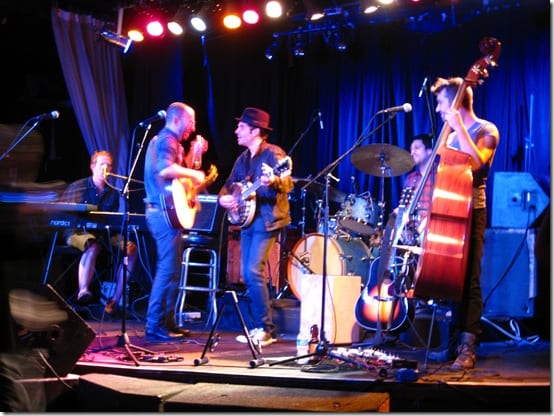 After a minute, our trance-like state wore off, and we settled in to soak up the occasion.

Then Chris whispered, “Wow, they’re a lot older than I remember.”

I looked him up and down. “Guess who else is older.”

The entire show was one of those moments that will linger romantically in our minds for the rest of our lives.  But the most magnificent of all was when they truly transported us back to 1999 and played only one song from old album

(No, not Eileen’s Song

– although Johnny told us after the show that it is usually in their set but oddly got cut, upon which Chris said that it was best since we would have probably made everyone feel awkward when we started making out, upon which Johnny said he was glad it got cut so that we didn’t conceive a third child during their show.)

(Yes, he did indeed go there.)

Anyway.  The old album. They played Anybody Out There

, a song that is fabulous to listen to recorded, but completely indescribable live.  And it proved to be just as current and relevant as it had been a decade ago.  It literally made my toes tingle.

But aside from no children being conceived and no awkward kissing moments being had, the show was absolutely meant for us.

In fact, the greatest tragedy of the whole experience was how few people got to experience the moment with us – I counted, and there were only forty people in attendance.

This, dear internet, should not be.

If there is any justice in the world, Burlap to Cashmere will be the Simon and Garfunkel of this decade.  Or perhaps the R.E.M., since there seems to be an opening for that spot all of a sudden.

At any rate, Burlap is without a doubt the most musically brilliant band that Chris and I have ever experienced, and they deserve so much more than to be in the tiny upper room of a crummy old bar playing for forty people.

We did what we could for the Burlap Economy – we bought the T-Shirts, we’ve both downloaded the album (thanks to Chris not listening to me years ago and therefore putting us on separate iTunes accounts and thereby causing us to throw duplicate money at Apple like we’re just able to copy and paste dollar bills), and Chris has this crazy notion of trying to singlehandedly get Burlap to Cashmere to play in Birmingham at Workplay, swearing up and down that the show would completely sell out.

So listen to the musical opinion of this homeschool mom: Burlap to Cashmere is SO worth your time to check out.  Or just pull up next to me at a traffic light – because I share.

Disclaimer: I paid full price to go to the concert and was not in any way compensated to love Burlap to Cashmere or to blog about my love of them.  We just really do adore them this much.

14 thoughts on “A Burlap Birthday.”