“The worlds of imagination and knowledge that it will open up for her are endless!!”

Chris said, trying to convince me to teach Ali how to read.

“Once you know how to read, you can teach yourself almost anything!”

I didn’t want to.

She had just turned four, and had rebuffed every effort I’d made thus far to teach her to read.

But being the submissive, agreeable, eager-to-please, nearly perfect-in-every-way wife that I am, I set out to make my husband’s wishes come true.

And, surprisingly enough, Ali must have gotten the memo.  With a little help from a program that got her interested in the idea, she quickly picked up the first concepts, and the idea of being able to read anything got her excited to learn more.

In an effort to help, my Mom pulled out a bunch of old, dusty reading books and gave them to me.

“They’re old, but they’re good – they have different levels, and every word in the book is based around a particular reading concept.”

So Ali and I began to read these books.

And immediately, I saw Chris’ point – there were most definitely worlds of imagination that these books were opening up for her.

First, there was the one where Dad was waxing the car, and then the cat jumped on it… 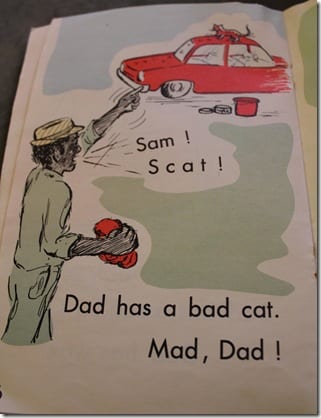 Okay.  So Dad has a temper.

Then we got to the next page… 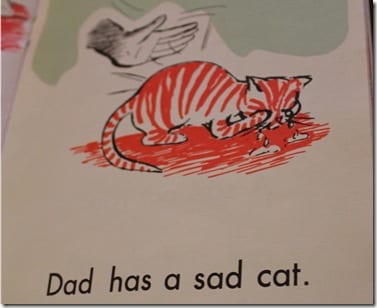 “I think he’s just wiping his eyes.  Maybe he was cutting onions or something.”

Awesome.  Nightmares from our reading books.

Sam the cat continued his pitiful journey, streaming tears around the block. 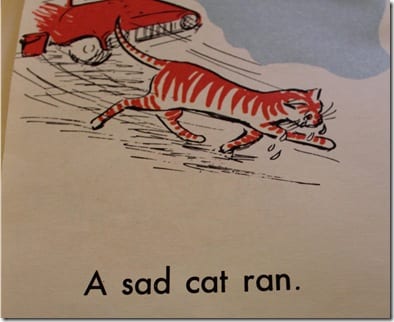 But, besides animal beating, Ali learned quite a bit from these old books.

Like, for instance, she learned how quickly you can tan: 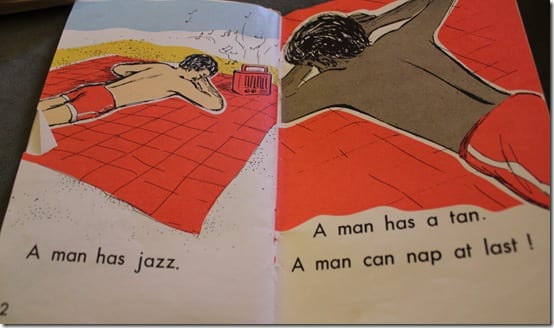 And, apparently, change your ethnicity in the process.

Also, she learned that Blue Jays are violent creatures that should be avoided at all costs. 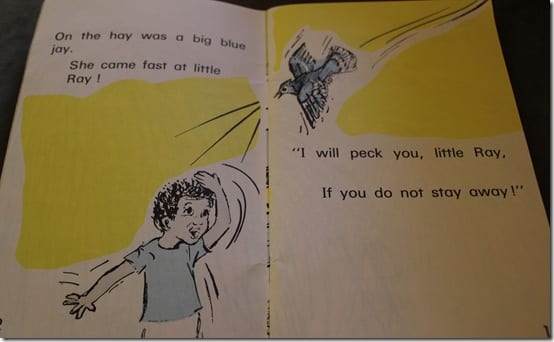 And, just in case Ali needed any more ammunition to fuel her belief that bicycles were dangerous contraptions, there was this story: 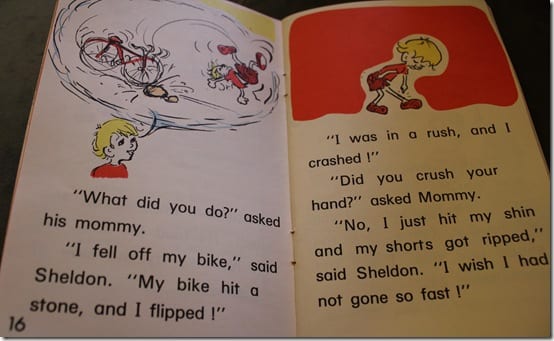 And really, what four year old doesn’t need the lesson of the dangers of fireworks? 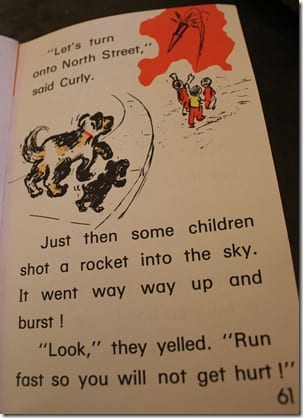 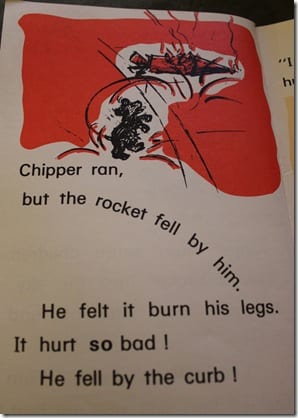 Yes, Ali, Fireworks can indeed leave you and your pets in a bloody, mangled mess. 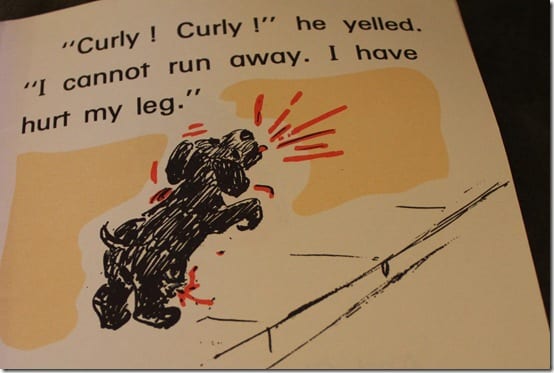 However, touching freshly sharpened axes with your fingertips, this is not dangerous at all! 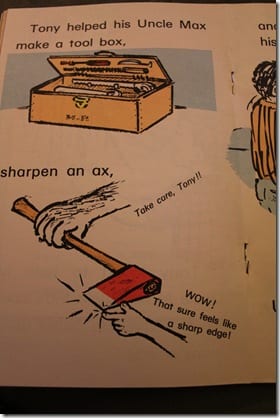 But there were some useful lessons, too – such as, how to get the cat pee out of your sand box: 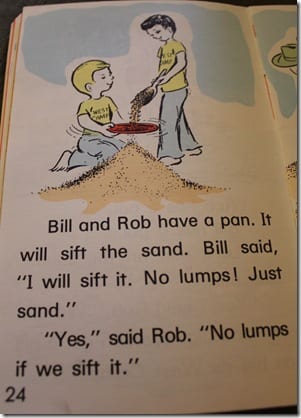 And also, something that every kid needs to know – what time Star Trek comes on. 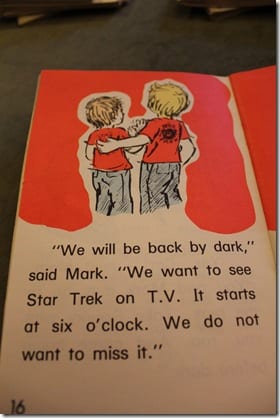 But yes, Chris was right.  With the worlds of imagination these books have opened up for her, she’ll have the emotional fortitude to tackle Stephen King by next week. 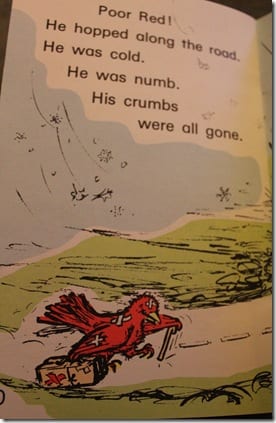 33 thoughts on “Worlds of Nightmares.”