1. If one allows one’s four year old to pick out her own Easter dress, one may end up with an insanely manic mixture of tulle, glitter, ribbons, bows, flowers, and polka dots. 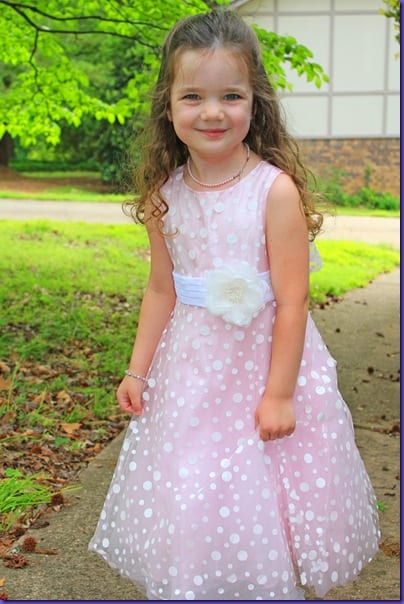 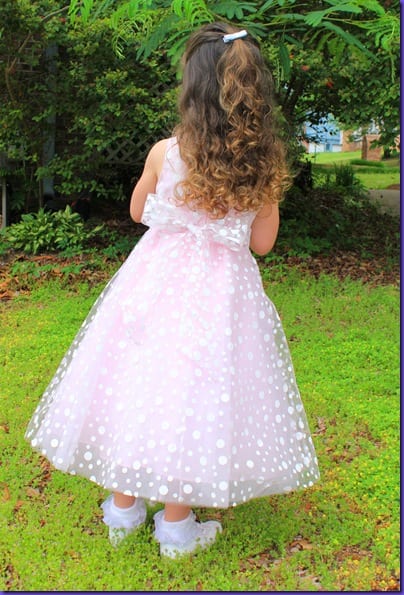 In fact, it was The Ultimate Anti-Smock. 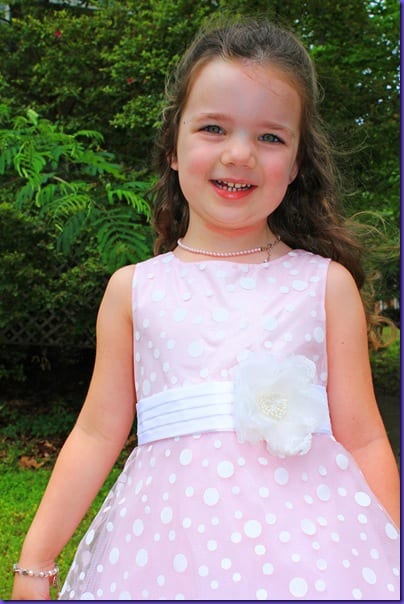 2. If one aspires to photograph four cousins four years old and under, one will have to take dozens of photos to get one semi-all-looking-in-the-same-direction-and-not-sticking-out-any-tongues-or-slapping-each-other-accidentally shot… 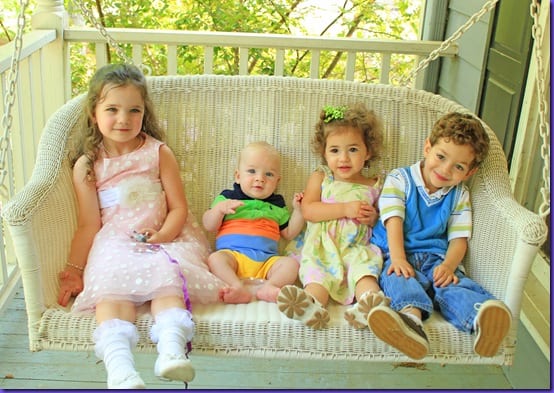 But one will most likely, in the end, find more pleasure in the outtakes. 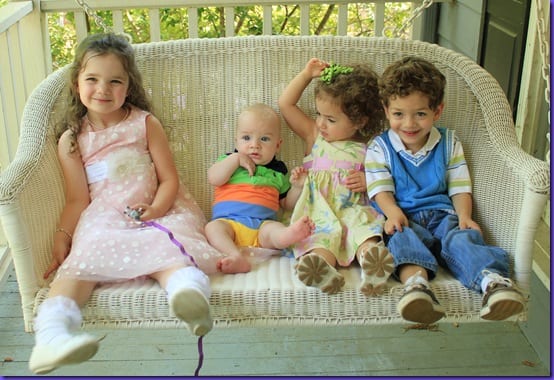 “Pick Out the Future Cheerleader” 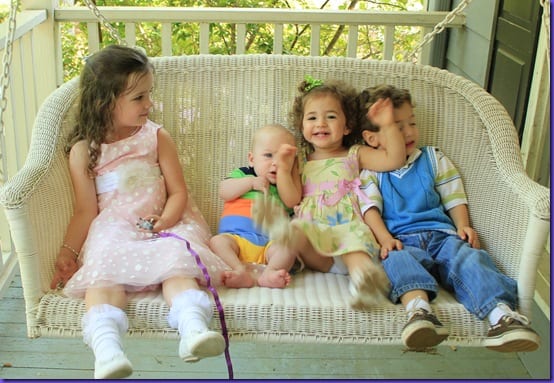 And, my personal favorite, 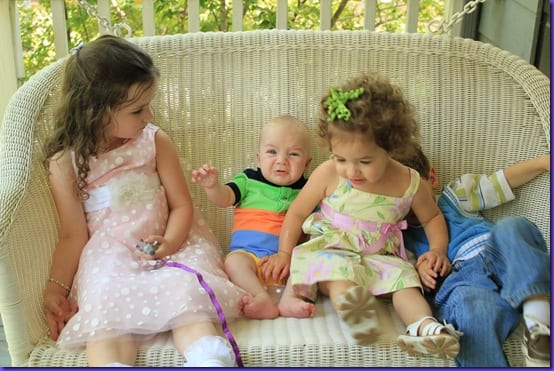 3. If one is overcome with Mommy-guilt at just not getting around to making the whole Easter Egg dying thing happen one year, one can placate one’s guilt (and thrill one’s child) by simply making chalk eggs together instead. 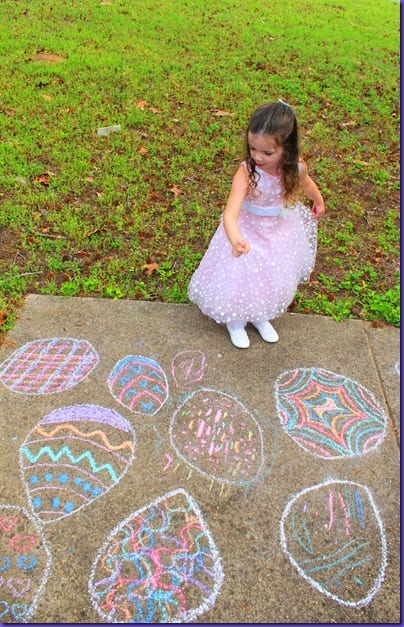 In fact, chalk eggs are a lot less messy than dyed ones.

And easier to find on an Easter Egg Hunt.

And don’t reek when they rot.

We may have a new Easter tradition. 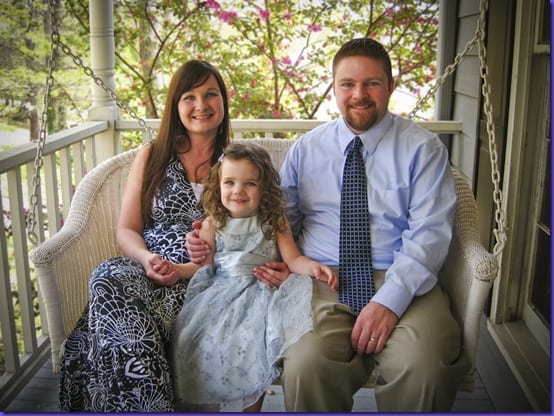 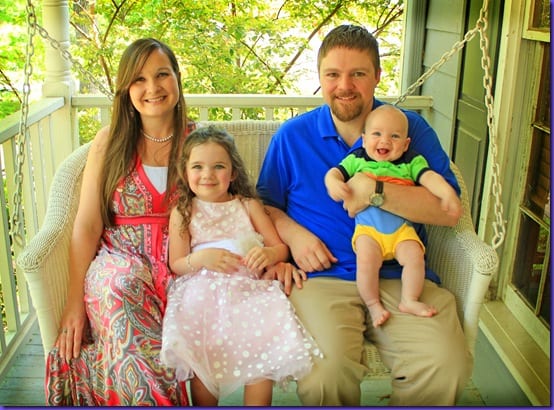 Especially if, on that very 2010 Easter weekend, one conceives an addition to their family.

…which, incidentally, is exactly what happened on Easter Weekend 2006.