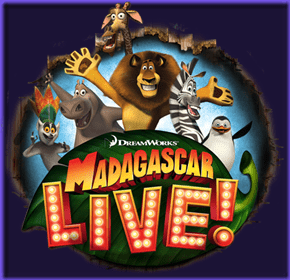 We took Ali (And Noah) to see “Madagascar Live!” Tuesday night.  We had seen the movie, and seeing as how it is one of less than half-dozen movies that are un-scary enough for Ali to like, we figured she would definitely enjoy the musical.

And sure enough, she loved it!!! 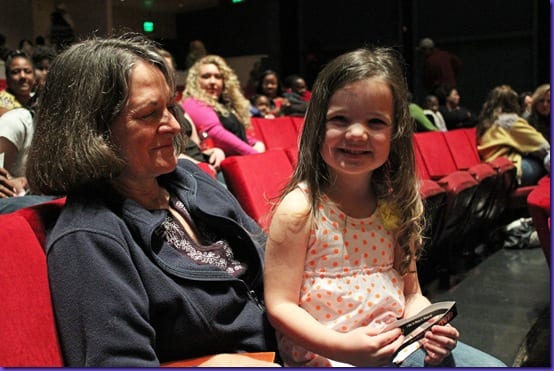 (We also took Gramamma along.  And not JUST so that she would help us with the kids.  Wasn’t that nice??)

The actors do a great job portraying the same personalities as the characters from the movie: 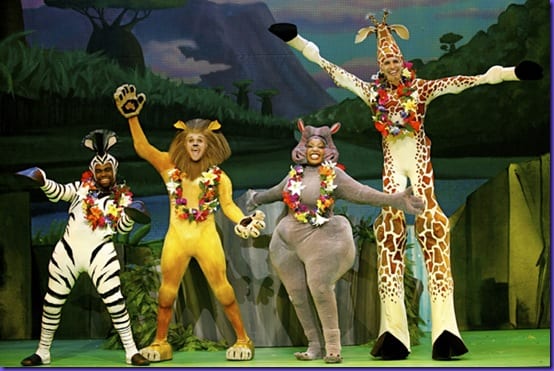 My favorite was definitely Melman the very hypochondriac Giraffe, but Ali preferred Gloria the Hippo.  Who, I must say, has quite the self-confidence to be willing to wear that costume. 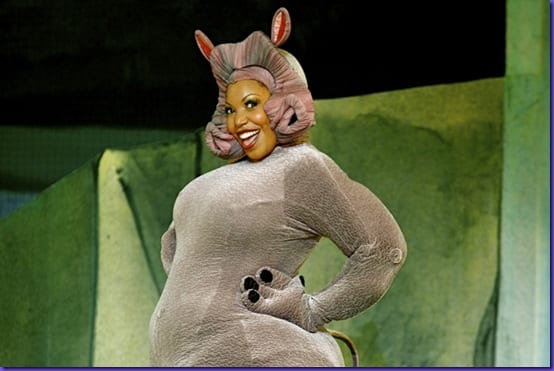 The show was a ton of fun.  It was the perfect length for Ali’s attention span (about an hour and a half, including an intermission), and she loved all of the music and animals.

The characters were funny without being overly cheesy – entertaining for both Ali AND us.  And the sets were amazing!!  It was very professionally put together, obviously with a lot of time and effort put into it.

The only thing that I didn’t like was that there was, in my opinion, some language that could have been left out of the play, considering it is geared toward children: namely the one-time use of the word “sucks” ( and also quite a few “butts” and a “sexy”).  But Ali didn’t seem catch onto any of them.

Overall, though, we all thought it was a great family event!  And I’m excited that Ali has experienced her first musical – and loved it!

If you would like to win a family pack of four tickets to any of the cities that the Musical is travelling to, simply comment on this post!!

(And if you’re in Birmingham, the performances here are over, but they’re still coming to Knoxville, so it might be a fun family trip if you won.)

Best of luck! This giveaway is open until Monday, February 28th. The winner will be randomly selected and posted on my giveaway winners page on Tuesday, March 1st.

Disclosure: We received four tickets for the purposes of reviewing the musical.  My opinions are, as always, my own.