On the Saturday that I went into labor with Noah, Chris and Ali set out on an epic undertaking, combining Chris’ favorite Daddy activity with the Holiday Season…

In those days Caesar Augustus issued a decree that a census should be taken of the entire Roman world.  And everyone went to their own town to register.  So Joseph also went up from the town of Nazareth in Galilee to Judea, to Bethlehem the town of David.  But there was no room in the inn.. 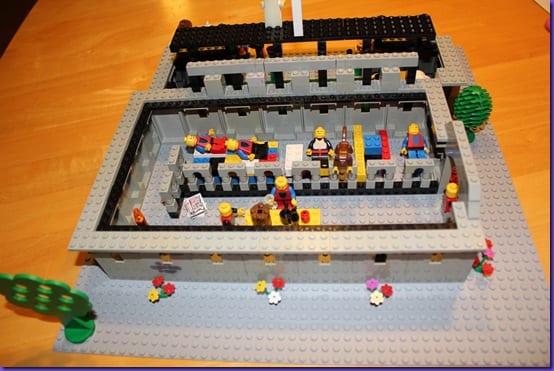 (Every bed was quite full, albeit a little lumpy and hard, so really they weren’t missing out on much anyway.) 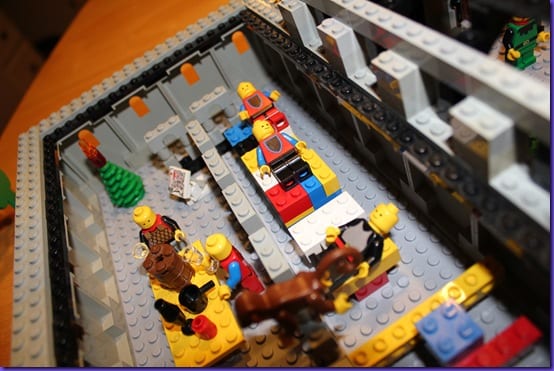 (But it was a shame, since it was a lovely inn, fully decked out with a Christmas Tree (?!?) and a copy of The Torah, most likely placed there by a Jewish Gideon…) 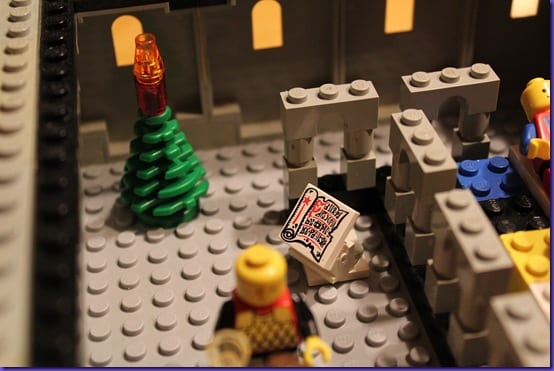 (But alas, the innkeeper stood in the doorway, explaining with an oddly happy face that there was no room for a woman about to give birth…) 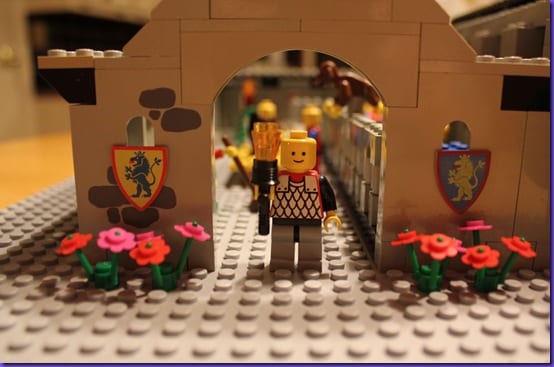 And so she gave birth to her firstborn son; and she wrapped Him in cloths, and laid Him in a manger. 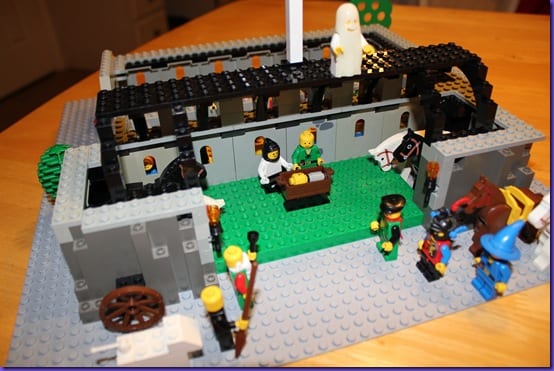 (And He happened to have an oddly gigantic head – most definitely off the growth charts.  And Mary, instead of a long flowy headpiece, seemed to have a case of helmet headcovering.) 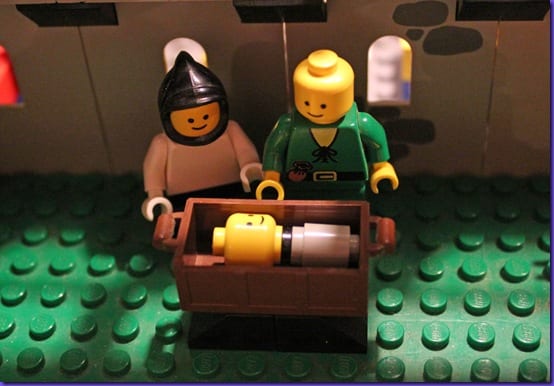 (Who happened to be raising some weird crossbreed of RobotDogSheep…) 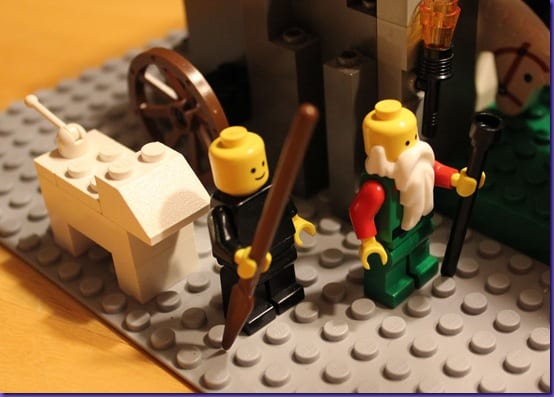 And an angel of the Lord suddenly stood before them, and the glory of the Lord shone around them; and they were terribly frightened.

(Most likely because he looked more like a ghost than a Heavenly Host.) 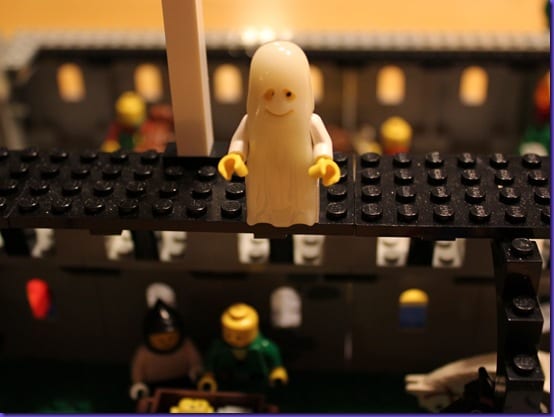 Now after Jesus was born in Bethlehem of Judea in the days of Herod the king, magi from the east arrived in Jerusalem. 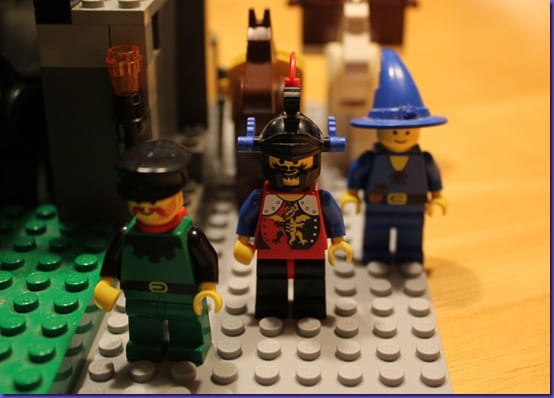 (Although the far left Wise Man has more of a “Village People” vibe about him.) 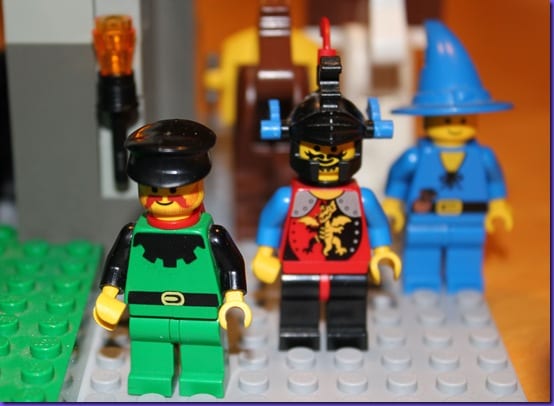 They said, “Where is He who has been born King of the Jews? For we saw His star in the east and have come to worship Him.”

(It was a special star, looking oddly like a Windmill…) 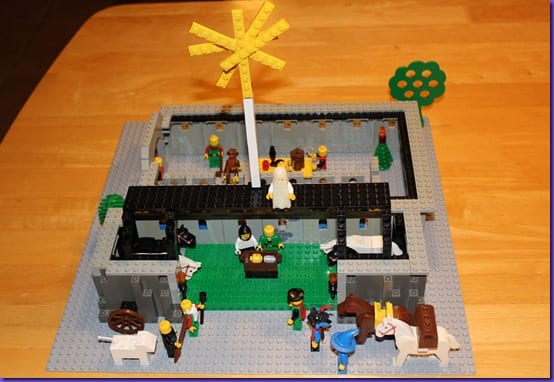 But Mary treasured up all these things and pondered them in her heart.

(Spending an especially long time pondering that weird RobotDogSheep, and how the Christmas Tree made it into the Inn but she couldn’t.)