~ Glitter Pumpkins, although quite satiating for a woman’s desire for pumpkin decor, will not qualify as true pumpkin decorating to the man of the household.

~ Especially when that man of the household is 34 years old and has never carved a pumpkin in his life, and is itching to give it a try, now that he has a three-year-old excuse to do so. (I was previously unaware that you could make it to 34 without carving a pumpkin.)

~ There’s not nearly as much goop in a pumpkin as I remembered from my childhood.

~ But the goop that IS in a pumpkin is QUITE unwilling to let loose it’s spiderweb-like hold onto the sides of the pumpkin, unless you give up on the spoon and actually dig it out with your fingers.

~ Said goop doesn’t like to come off of hands. An alternating pattern of wet wipes and paper towels, although creating a voluminous pile of orangey paper products, will, eventually, convince goop to turn loose.

~ Store clerks will not laugh at you when you return bashfully to the store to buy Libby’s Mashed Pumpkin.

~ Kids that are absolutely obsessed with pumpkins, 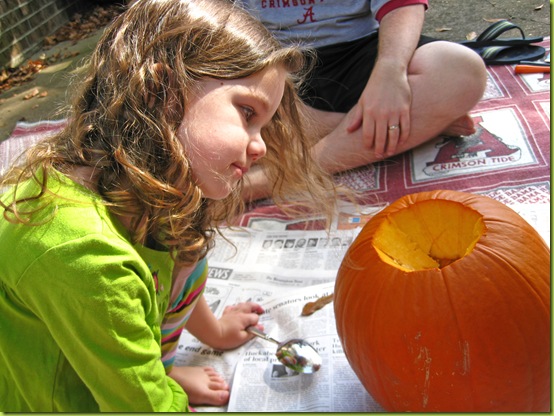 but completely afraid of knives, will agree to try exactly one downward stroke of knife into pumpkin, 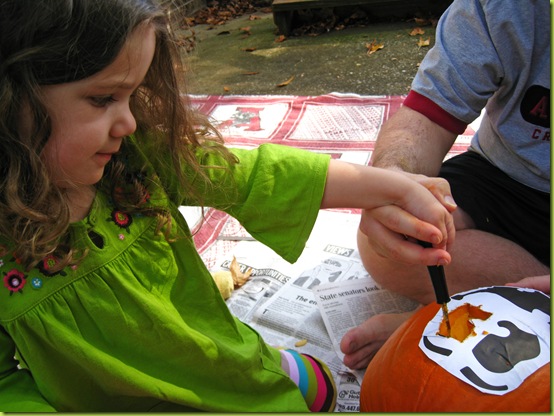 at which point they will be so freaked out when their hand hits the pumpkin because they’ll think that the knife hit their hand and they’ve mortally wounded themselves and will soon be “blooding” all over the place that they will insist on being on scooping goop duty only for the duration of the pumpkin carving activity. 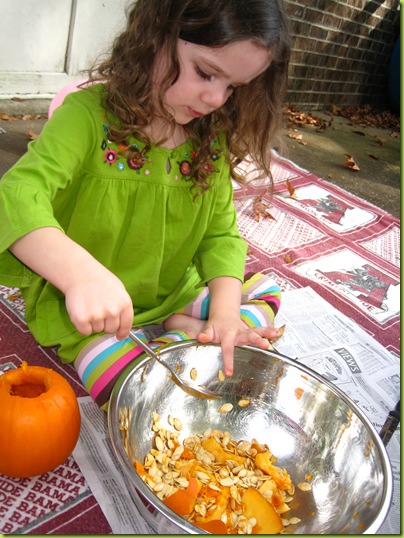 ~ But that’s okay, because their Pumpkin-Carving-Newbie Daddy will be happy to finish. 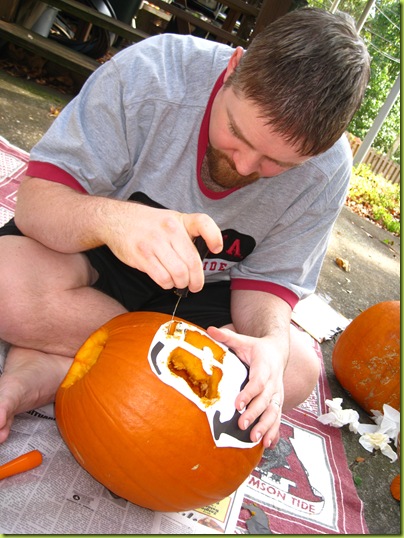 ~ Pumpkin carving templates change everything. It turns a childhood-failure-of-a-pumpkin-carver like myself into a very shocked and surprised near-pro.

~ Templates are also great for entertaining scared-of-knives kid. Because same said kid is, ironically, not at all afraid of scissors, and will be glad to trash-into-a-million-piececs all unused templates. 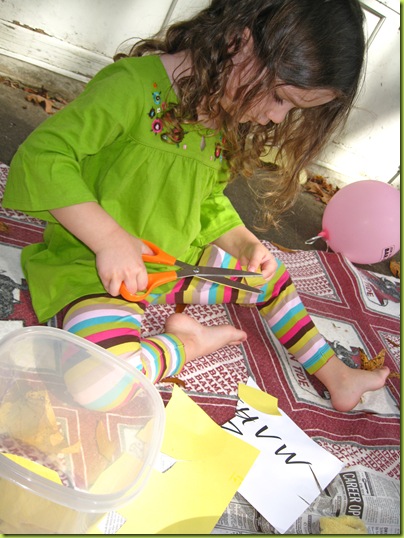 ~ The three-year-old ego is an amazingly fantastic thing. Even though said kid only made one downward slice with the knife, they will be as proud of their pumpkins as if they had carved them completely by hand, using only their fingernails and teeth, and with no magical template at all. 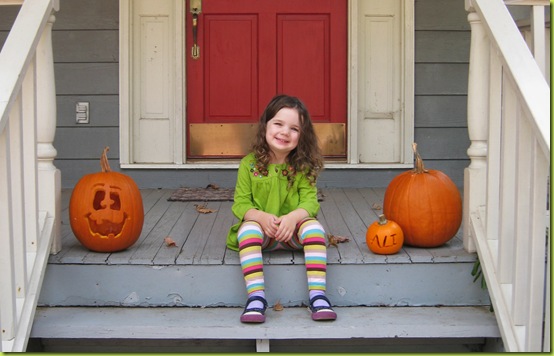 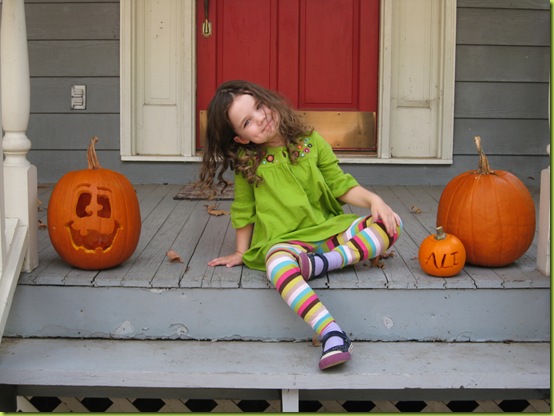 ~ You will find orange pumpkin splatters on all three of your foreheads, arms, eyelashes, and hair for days to come. Because that stuff – it doesn’t like to turn loose.