Disclaimer: This post discusses things that are ultimately of zero importance whatsoever, and I am well aware of this. I hereby pre-apologize for my daily dose of shallowness.

Ali has this habit…when she’s playing a game or sharing her snacks, she will ask me something along these lines:

“Which one do you want, Mommy? The red one or the blue one?”

Every time, I follow that up with, “Then WHY did you ask??”

And she never answers.

It’s just the way she rolls.

And, apparently, my “fashion” blog posts are having the same effect on the world.

(errr, not that the world ever asked or even wanted my opinion, but … anyway.)

You see, I love The Children’s Place – it’s always been my favorite place to get Ali’s clothes. ESPECIALLY for the Fall. Since it stays at least 90 degrees around here well into September (except a few GLORIOUSLY fall-like days last week of cool 70 and 80 degree weather), by the time they’re clearancing out their first line of fall stuff, there hasn’t even been the first chill in the Alabama air.

And so, every September, I have this blissful shopping experience of buying most of Ali’s winter wardrobe all at once, and for over 80% off.

A true Ecstasy of Shopping Enjoyment.

A couple days ago, I received the email saying that they had everything marked way down (some to $5), and an extra 15% off the sale price. I dug around and found my latest coupon (another 15% off) and spent all morning basking in the shopping euphoria that was to come.

But then I got there, and realized that they had apparently read all of my fashion posts from last year….and had styled their entire Fall Wardrobe exactly according to the guidelines of every style I had mocked.

Every shirt was plaid… 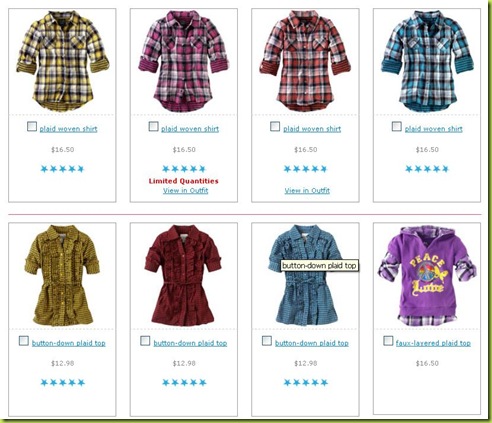 And the … (it’s really hard to choke this phrase out) CHILDREN’S JEGGINGS were in horrifying abundance. 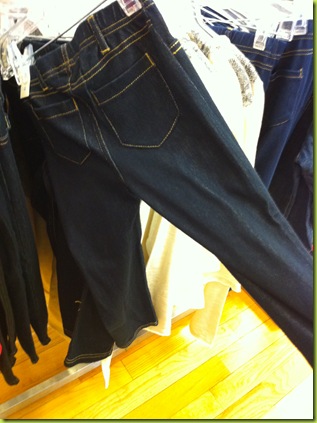 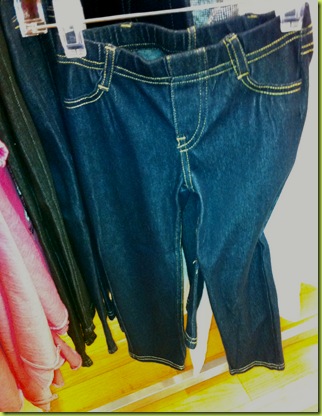 They even blessed the world with Jeggings in the size of 0-3 Months – because who doesn’t want to bring their newborn home from the hospital wearing the biggest fashion catastrophe of the decade??? 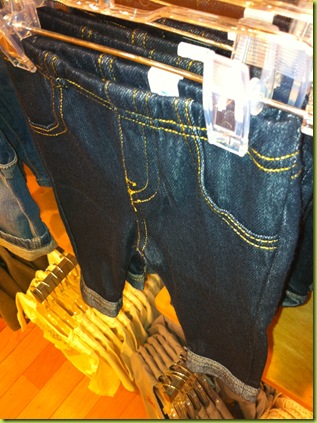 Now I WILL be a big girl and be the first to admit that these styles would all look MUCH better on a kid than me, but I still couldn’t warm up to the idea of dressing Ali as a walking example of everything I’ve mocked for the entire year.

I mean, if I’m going to do that, I might as well go ahead and find her a great pair of Mom Jeans, size 4T, while I’m at it.

So I sadly walked out empty-handed and coupon-unused. Because the one thing that they DID have that I wanted ever-so-desperately was, of course, totally sold out in Ali’s size: 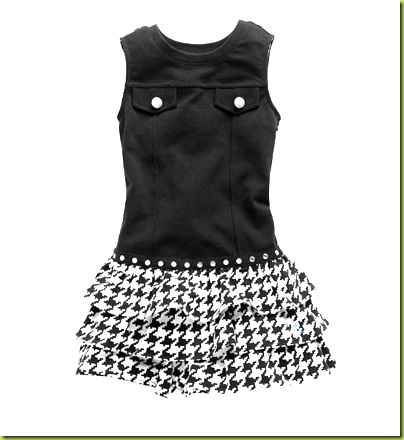 BUT I wanted it badly enough that I managed to track the LAST size 4 in the world down at another Birmingham location.

Not only will it be PERFECT for football games (with a pair of crimson leggings), but it totally reminded me of my favorite creation from my favorite Project Runway designer ever, Seth Aaron: 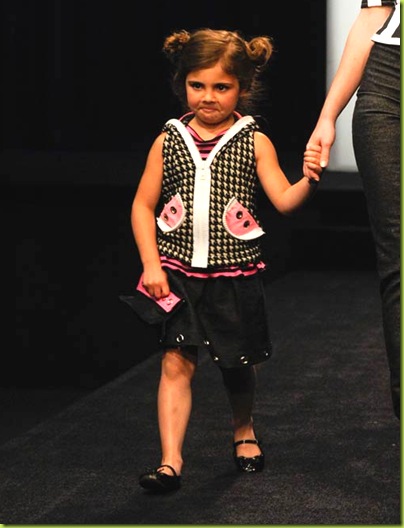 …At least she’ll be dressed on for the runway football on Saturday, but as for the rest of the year, she may be destined to “not have a thing to wear”. And my dreams of that Shopping Euphoria Experience…gone. All gone.

Time to go break into my Caffeine Rollover Piggy Bank instead.

16 thoughts on “They Listened, Alright.”