I really thought we would never solve the mystery.

But, since every child’s goal is to be as entirely unpredictable as possible, it was solved in less than 24 hours of my post.

My parents stopped by on Monday for a little while (apparently they were going through Grandkid withdrawals), and since they had read my blog post the day before, they asked Ali about it.

(I rolled my eyes at their naivete, seeing as how I had already thoroughly interrogated my child on multiple occasions.)

“Is Daddy the Lion of your Skirt?”

“But what does that mean?”

And then, in the exact same exasperating way that Ali walked for the first time for them, despite our months of desperate attempts and in-depth training that she completely ignored, she gave a perfectly clear and precise response.

“Because sometimes, he takes my skirt, and puts it on his head, and pretends to be a lion.”

As she said this, a vague memory surfaced in my mind…one night, about a month ago, during play-before-bedtime, Chris took Ali’s beloved Tutu, 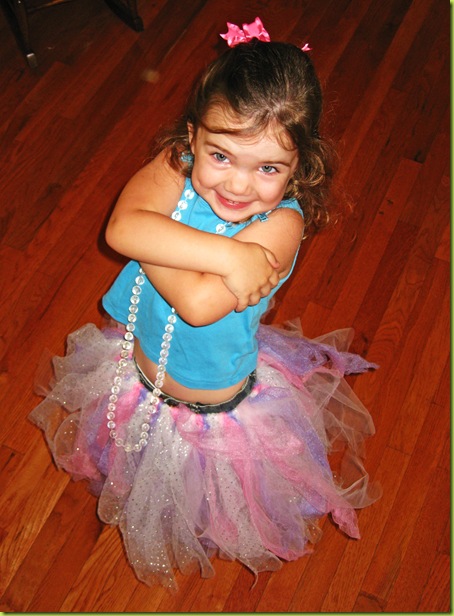 and placed it around his face, giving him a full head AND mane of sparkling tutu hair, and proceeded to pretend to be … a lion.

Her Daddy is, indeed, the Lion of her Skirt. 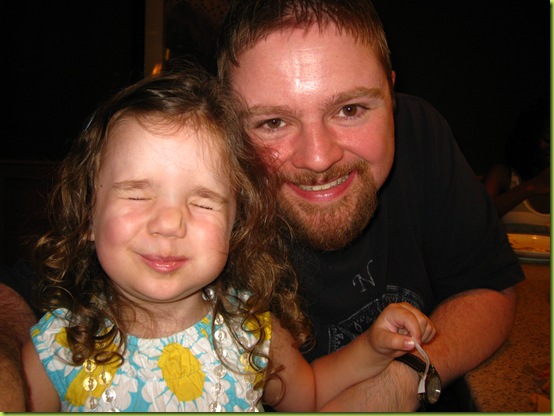 16 thoughts on “The Lion of Her Skirt: Case Closed.”