I have a tub labeled “Sentimental” that I have carried with me through three moves and almost nine years of marriage without ever opening it. Until now. 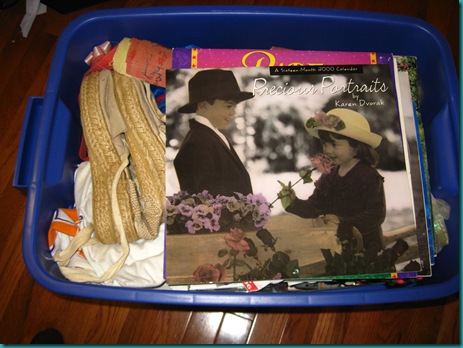 A mood struck me, probably when I was procrastinating from getting something else done, and I dug it out from it’s home amongst the boxes of stuff-we’ve-saved-that-we-will-probably-never-use-again in the basement.

And, since I’ve been showing a lot of Chris’ innermost secrets, I figured it was only fair to reveal things that I thought were worth saving in my tween and teen years.

Among the it’s-so-nasty-it-might-have-attracted-vermin-to-my-precious-sentimental-tub items, I found my cast from when I broke my arm in 7th grade: 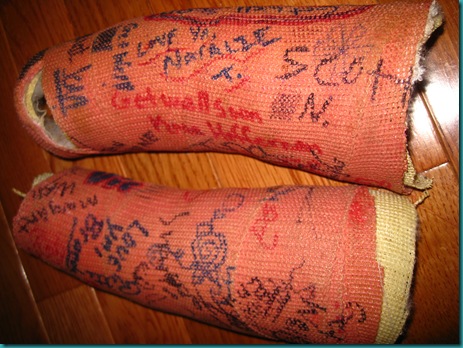 I remember being so bummed that they had to saw it off – I had feared that saw for weeks. I had worked on it so much a couple of weeks before the removal date that I could slide it on and off with no problem. However, I don’t know if I started retaining water or it got THAT raunchy on the inside from the buildup of arm crustiness, but the day before it was time to get it removed, I couldn’t take it off anymore.

And so, they pulled out THE ARM SAW.

Okay, I promise – I will show no more gaggable items.

Moving on to much more sentimental items, I found a bag of rocks of unknown origin: 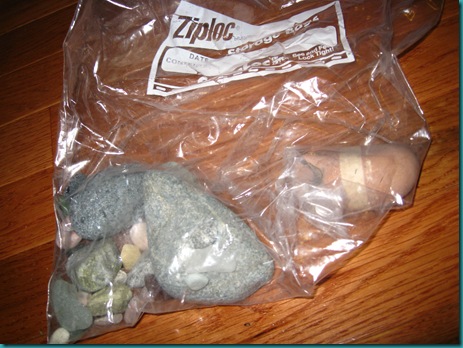 I’m assuming these MIGHT have been from my Missions trip to Cyprus when I was 16, but I really have no idea.

What? Did I throw them away since I had no idea where they are from? Of course not! Just because I don’t remember WHY they are sentimental doesn’t mean they AREN’T sentimental, right?!

My award winning Awana Grand Prix cars had their place in the tub: 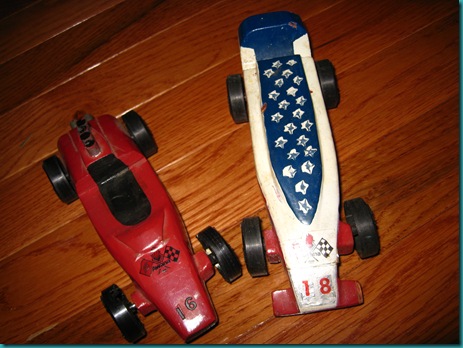 If memory serves me correctly, the red one won me second place in the race, and the American flag one won third place for design.

My Dad builds and analyzes race cars for a living, so I definitely had an advantage. He’d take me to the post office with my car and a handful of welding metal and we’d weigh the car plus the metal until we got it to the exact official weight limit. Then he’d bring it home, drill holes in the bottom, and fill it with metal.

Unfortunately, there was another family in Awanas that had apparently made a deal with God that allowed them to ALWAYS win, no matter what.

Not that I’m bitter…

I found my first friendship bracelets: 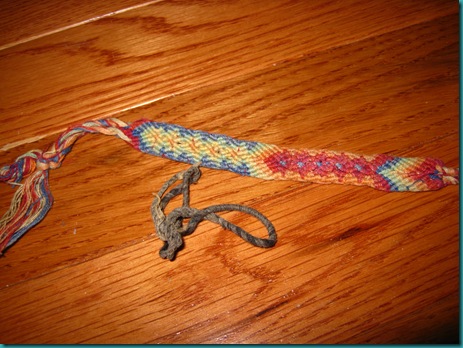 Yes, that nasty grungy hairball-looking mess was at one time a friendship bracelet. No, I don’t remember who gave me either of them. Yes, I still kept them.

Speaking of friends, I found my half of a Best Friend necklace and earring: 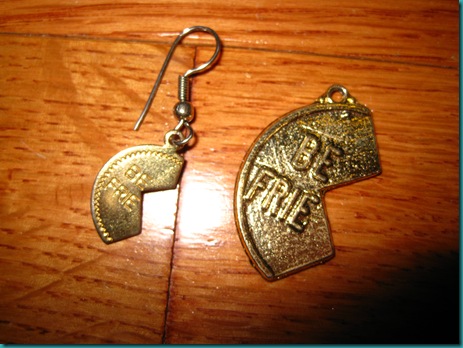 Nope, STILL don’t remember who has the other half. Anyone claiming them?

And I found what I just KNEW was going to make me rich one day: 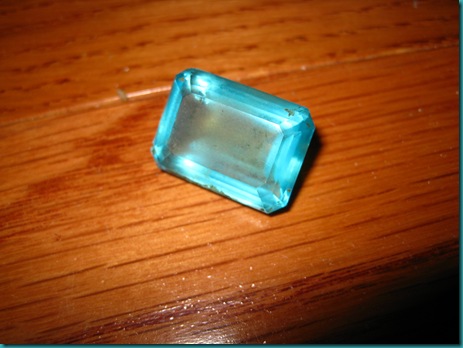 I found this HUGE precious jewel in an empty lot near our house when I was around Ali’s age. I always thought that JUST MAYBE it was real, so I kept it until one day I would be old enough to drive and take it to an appraiser to tell me that I had found the Legendary Blue Ruby of the Queen of Atlantis or something.

By the time I was old enough to drive, I must have realized that there was probably no such thing as a Blue Ruby.

Also included in my tub was the original (and only) manuscript of my first (and last) attempt at writing a novel, Nancy-Drew-esque (circa age 10 or so???), The Mystery of the Abandoned Barn: 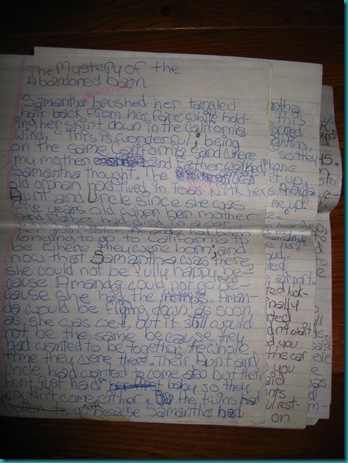 I tried to read it, but I only managed to make it through the first page – wow it was awful. There’s a reason I don’t write fiction.

Also in my tub o’ importance was my tween shrine to my one and only ever celebrity crush: 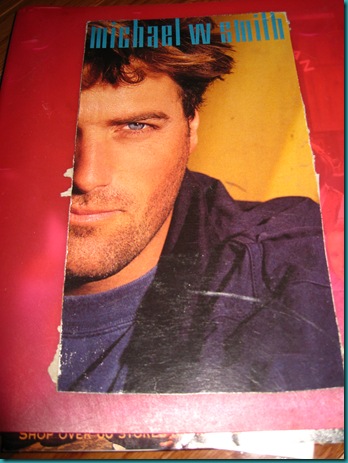 Page One: a magazine cover with the family I pretended he didn’t REALLY have – because he was going to marry me, of course. 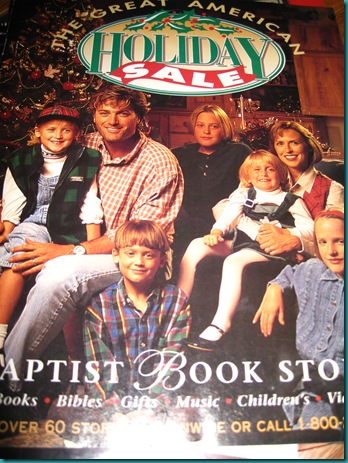 (Never Minding the fact that he was like 58 years older than me and all.) 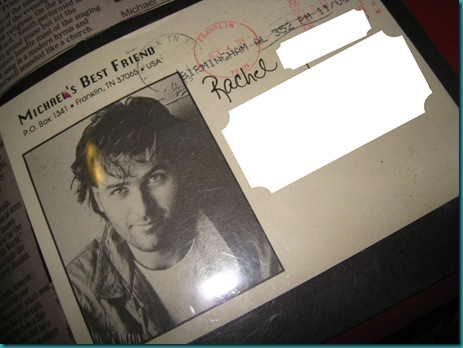 Page Three: any other mementos I had, including my beloved concert ticket: 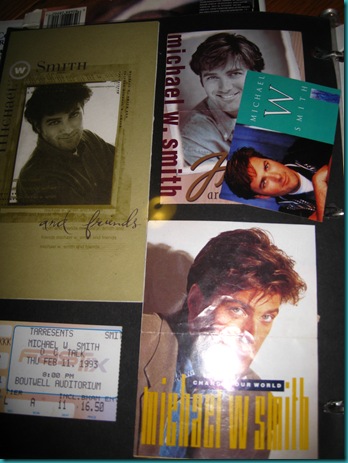 In the pre-teen/early-teen angst section of the tub, I found a pile of notes from friends… 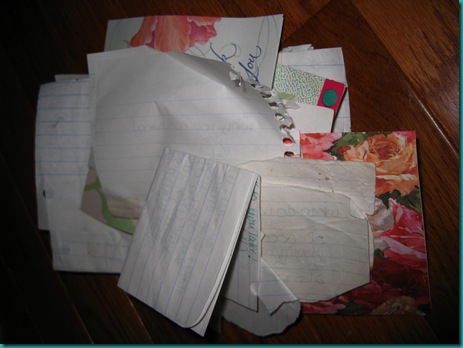 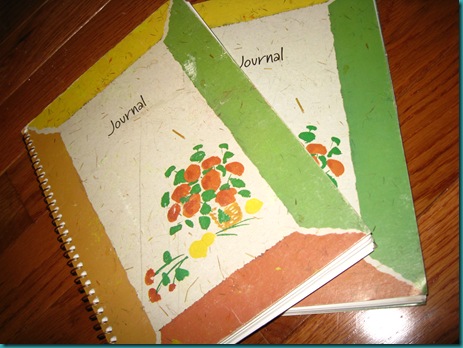 Including sage advice from myself to myself… 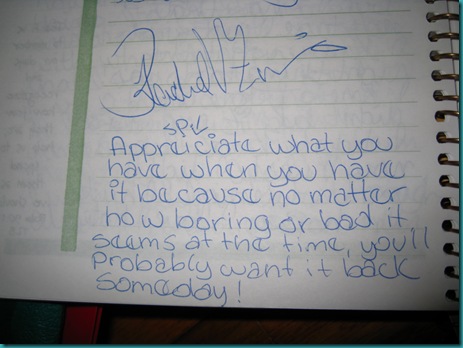 (For the record, I was wrong. I do NOT, in ANY way, want those emotionally crazed years back.)

Also included was the official copy, typed on notebook paper, of a Michael Jackson “You Are Not Alone” rewrite penned by a friend and I, bemoaning the fact that our parents wouldn’t EVER leave us alone: 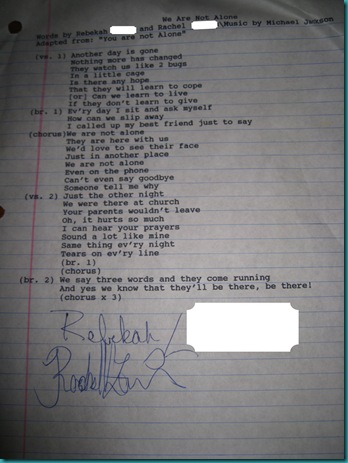 Poor Ali. She’s going to have it just as “bad”. Except that when we won’t leave her alone, she’ll be re-writing Lady Gaga songs or something equally as freakish.

And, if you thought that my bizarrely copious recordkeeping started when I had a baby, there was plenty of proof in my tub that it’s been around for a while.

For instance, it included every calendar from 1994 to 2000, written somewhat in journal form of each day (which I still do, sadly enough): 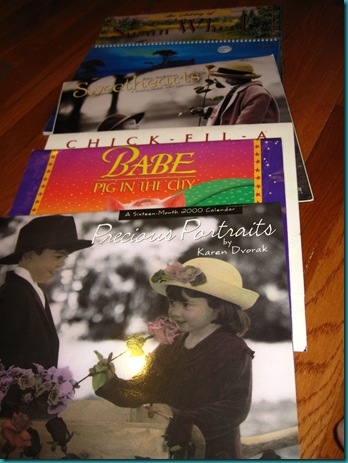 Of course, when I made said journal entries, I didn’t know their importance, such as February 10th, 1999, when Chris and I met: 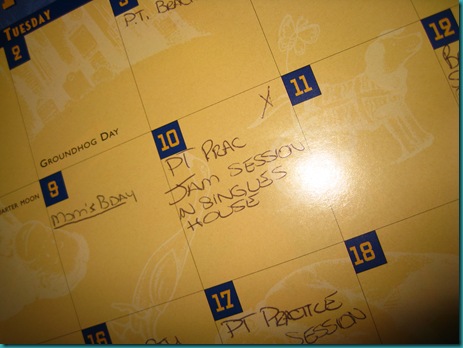 In other recordkeeping items, I found my log of expenses from my 6 week missions trip to Cyprus. I was NOT going to be found negligent in tracking my money. No way – notice the £0.40 bread purchase: 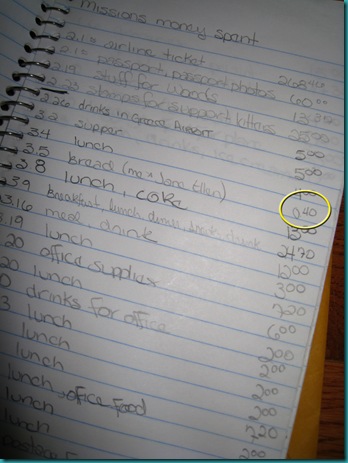 Besides my trait of OCD thoroughness, my love-for-new-technologiness has also been around for a while. When they very first invented software that could (gasp) show what you would look like with a different hairdo, my junior high self couldn’t wait to try it out.

However, they didn’t tell me until I arrived for my appointment that the technology was SO NEW that you had to look at each hairdo in the hair color for which it was provided, and just sort of imagine what it would look like in your desired hair color.

Which…is sort of like just imagining yourself with different hair with NO software at all. Oh – did I mention that was during my awkward phase? Yeah – as if I needed a picture of myself with technicolor orange hair to make it even worse.

And finally, I found this caricature done when we were in California one summer: 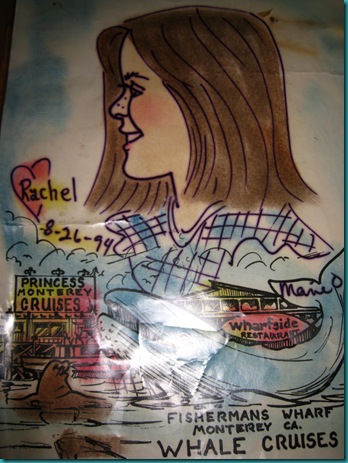 Apparently, I had a really bad breakout of blackheads on my nose at the time.

24 thoughts on “Rachel, Topped With Drama and a Side of Angst.”