Chris and I are all about a good game or puzzle. We especially like scavenger hunts.

The year we got married, we didn’t have much money (if anyone DID have much money the year they got married, the rest of us think you’re lying). Anyway, there was an Eddie Bauer grey wool coat that Chris really wanted. I saved up my spending money and bought it for him, but wanted to make it REALLY special. So I made up clues that led him all the way through our house until he found it.

This year, he returned the favor.

He gave me a Christmas card that had a tiny slip of paper in it.

It said, “The Secret Lies with Ali.”

I knew immediately that I was being led on a scavenger hunt.

I knew that the next clue couldn’t ACTUALLY be with Ali, because she wasn’t awake yet (she slept until 9:30 on Christmas morning, at which point we got tired of waiting for her and woke her up), so I had to think deeper.

Plus, Chris is all about word play.

What does Ali lie about?

Well, her favorite lie is that she needs to tee-tee at night RIGHT before it’s time for bed (classic United Toddler Union stalling techniques).

So I head to her bathroom. Sure enough, I find this clue:

I before E…except after C.

This one took a while, but I finally stumbled on it…a slip of paper was stuffed in between middle C and D on the piano.

This was the hardest clue of all of them, in my opinion. 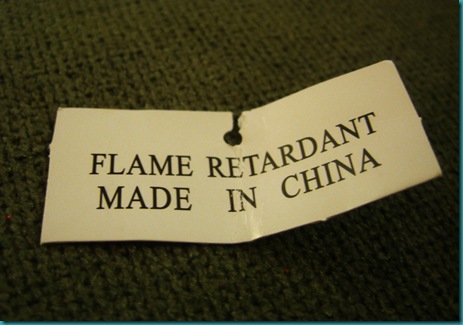 I found the next clue, hidden in the Trivial Pursuit box.

Do you speak French?

Not really, but I took it for a few years. But I think the answer you’re looking for is “Oui.”

This one took me WAY TOO LONG to put together (I was starting to feel the pressure of getting Ali up and opening her presents so I could cook Christmas lunch for Chris’ family, so I WAS a bit distracted, in my defense…)

The next clue was under the Wii. 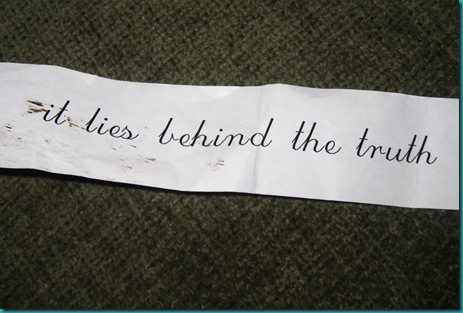 The Truth. The Bible.

Where does Chris keep his bibles?

In his basement office… 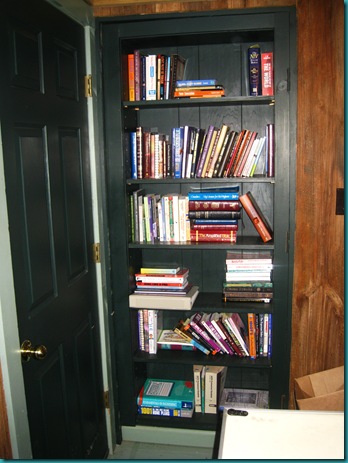 Notice the hinges on that bookshelf?

Yes, it’s a straight-out-of-British-Literature opening bookshelf – I guess the original builders had a lot more to hide than we do.

I had to get him to open it for me (it’s quite heavy), and I discovered my present: 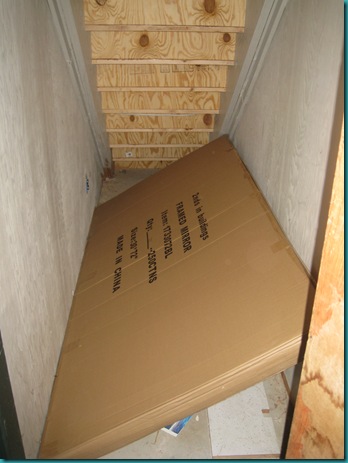 And, apparently, so had Ali: 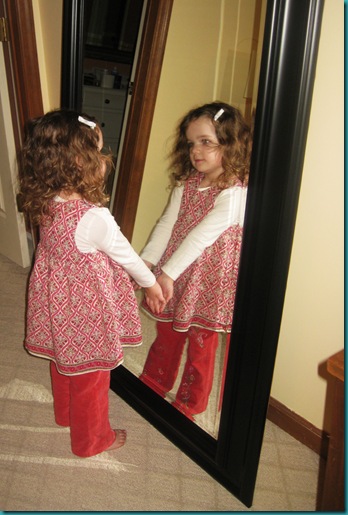 I want a scavenger hunt EVERY day!

Among other romantic gifts from my husband was this: 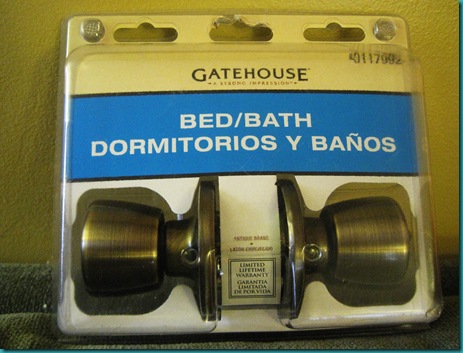 “You got me a DOORKNOB for Christmas?!”

Romance. It’s not dead around here.

21 thoughts on “Riddles, Romance, and Christmas”