Being that she comes from a long line of packrats, poor Ali doesn’t have a chance of being one of those amazing people who seem to have not an iota of clutter in their home.

That being said, she’s already starting to show hoarding tendencies. In particular, with little things.

I’ve never kept her from playing with small objects, because she was never the type to put things in her mouth. In fact, there was shamefully a time when she was a baby where I put her down for a nap, and when Chris got her up, he asked me, “Uh, why did she have 27 cents in her hand?”

“Oh – sorry – I remember her carrying it around earlier – I must not have checked her fists before I put her to sleep.”

Yeah – I’m THAT cautious. And she holds THAT tightly onto her small objects.

She collects all of her smallest toys and puts them SOMEWHERE. Continuously. I’ll wonder where the dots for her Bingo, the fixings for her play cake, and her marbles all went, and then I’ll find them ALL, tucked away in a secret hiding place.

Radford was coming back over to give his Mommy a bit more of a break, and so I knew I needed to collect and hide all of the small objects.

(At least you don’t have to worry about me choking OTHER PEOPLE’S children.)

So I set off on a search. 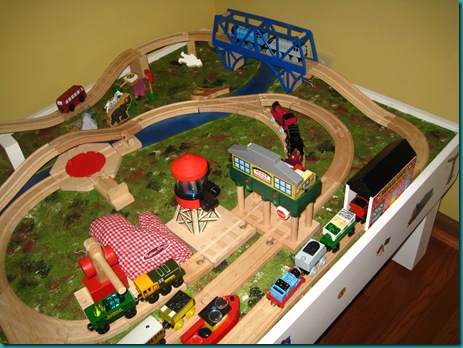 Did you see it? An oven mitt doesn’t belong on the train table, and Ali is quite particular about that sort of misfit.

And it looked rather bloated: 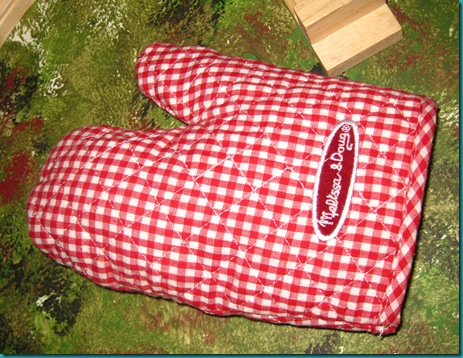 I peeked inside, and sure enough, hit the jackpot: In fact, that oven mitt was the Mary Poppin’s Purse of hoarding: 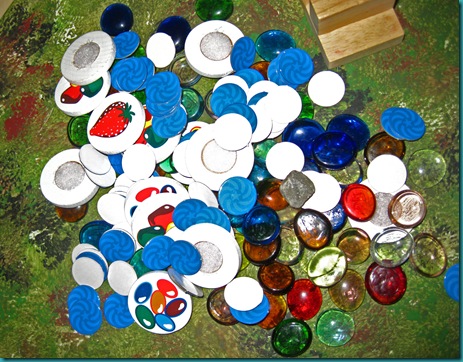 For size comparison, ALL of that came out of the oven mitt: 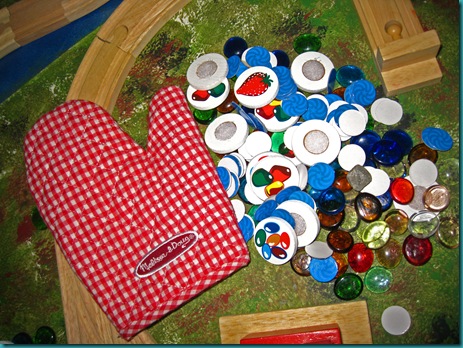 Yes. My child is a hoarder.

At least she makes it easy to find all small parts.

But, despite all of the boyish fun to be had at that same train table, Radford was MUCH more interested in Ali’s sparkly pink and purple headbands. You might even say obsessed, since every time they fell off, he’d bring them to me to put back on… 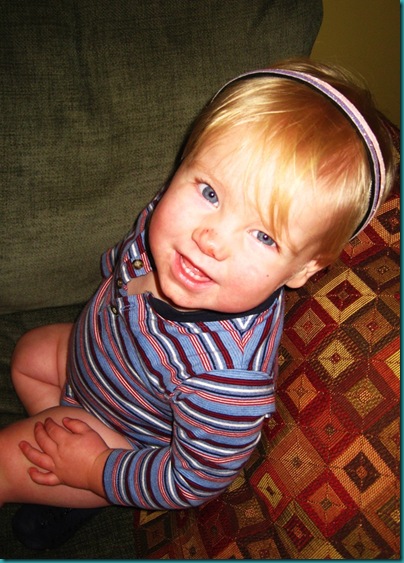 And then, he found her necklace: 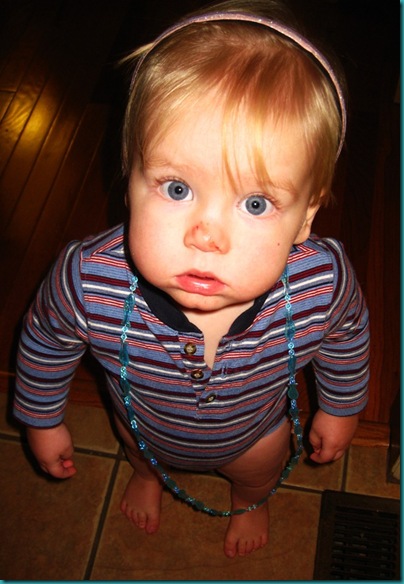 And then, he got angry, once he realized how mad his Dad would be about these pictures: 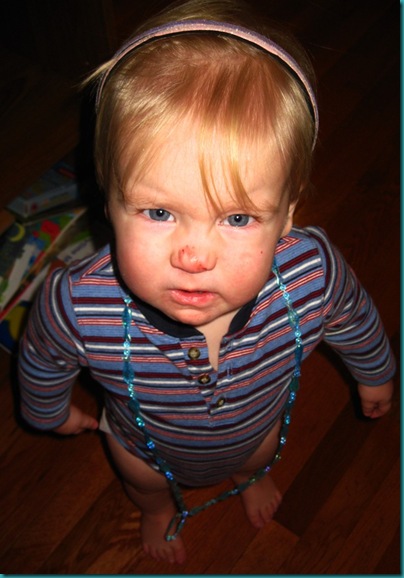 And then, even his hair rebelled at his choice of accessories: 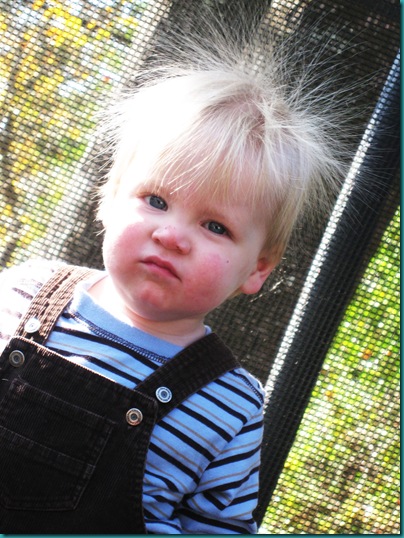 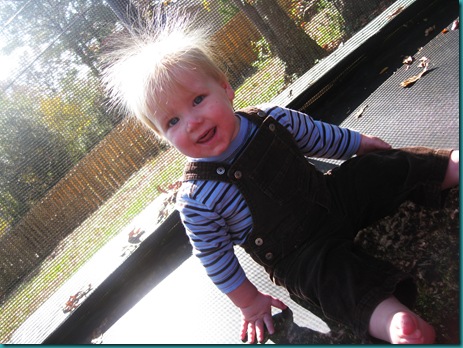 And then, I think Ali was a bit smitten by his unkempt, wild, Baby Einstein look. 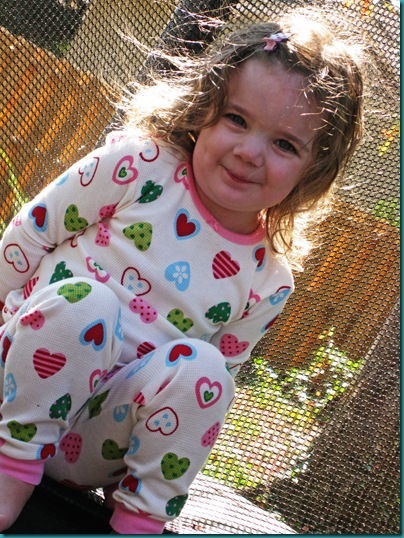