Our neighborhood has been taken over…by gigantic spiders.

And I DO mean GIGANTIC.

It started with this one, which quickly became Ali’s best friend: 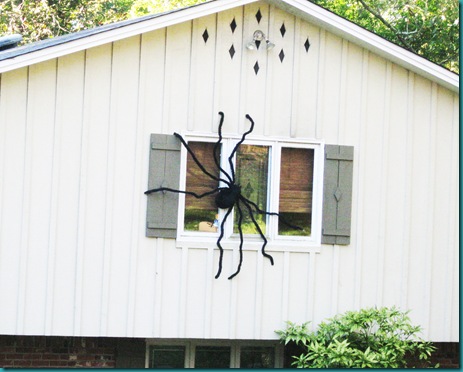 And then it had babies – ones who built magnificent webs, 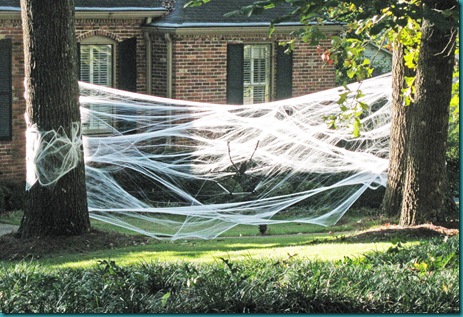 Ones whose heads eerily jerk around and stare at you when you drive past, 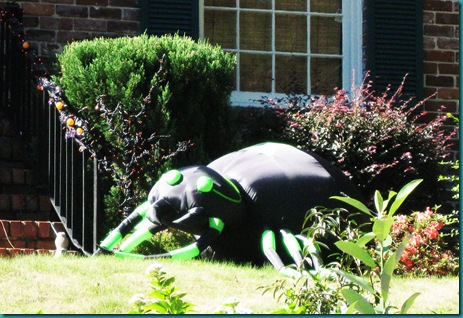 And even apparently some die hard Alabama Arachnids: 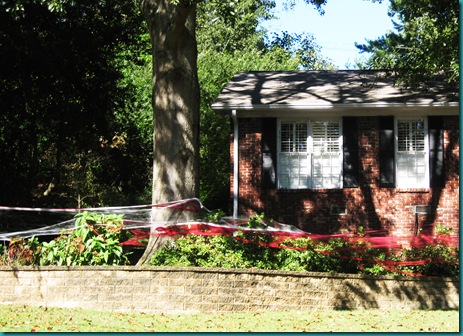 There are even a couple so large that they would make Hagrid get all ooey gooey on the inside: 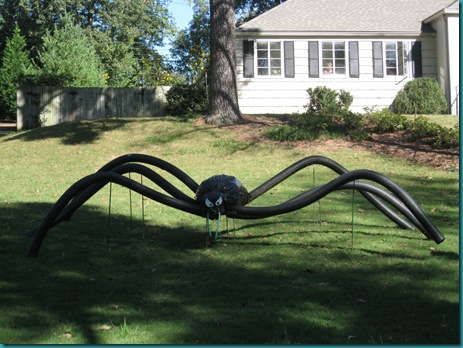 There seem to be more Halloween decorators than Christmas decorators in our neighborhood, and they’re not just limited to spiders. Our neighbors shell out big bucks for taller-than-Ford-Econoline-Frankensteins 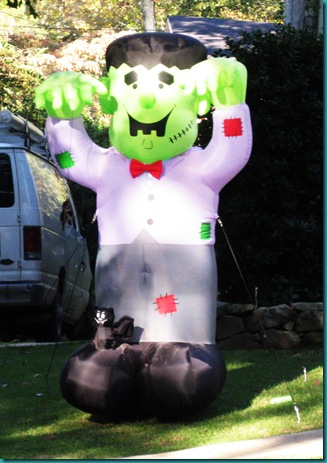 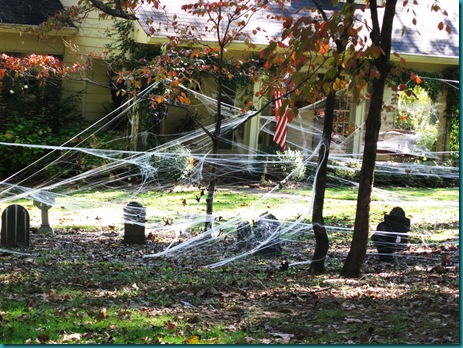 At first I thought that maybe Halloween deco in general was just becoming more popular than the classic few pumpkins sitting here and there, but from what I have observed and heard, it appears that we just live in a extraordinarily Halloween Enthused neighborhood.

(Which scares me to think of all of the “tricks” that we might get on Halloween night for not being home to give out “treats”.)

(Maybe we should leave a huge conciliatory bowl of candy on the front porch.)

However, there’s one thing for sure: Ali LOVES it. She looks for each one of these landmarks every time we leave the house, and we have a constant discussion about whether or not Freddy and Christie’s house will be sparkling with orange blinking lights or not.

So, in an act of kindness to a toddler (and to her mother who has to answer all of these questions), would you please be so kind and when you take down your Halloween decorations, immediately replace them with Christmas bling so that I don’t have a depressed toddler for a whole month?

Or maybe some neon blinking turkeys and spinning cornucopias for Thanksgiving, perhaps?

If y’all won’t do it, I’m sure that Chris would love to have an excuse to go Griswold on our house even earlier than last year.

At any rate: the expectations have been set, and your spiders are welcome to stay. At least if Ali has any say-so in it.

13 thoughts on “I’m not sure if we’re trying to scare off giant mosquitoes or arachnophobes, but it’s working.”