This past Sunday was our Church’s Birthday Sunday / Picnic. I always think beforehand that I’ve been to a million birthday Sundays, and that this one will be just like the rest.

I don’t know why I always think that, because I always end up enjoying it immensely and being yet again amazed at the day.

We start out with a huge Eight Foot Cross-Shaped Birthday Cake, where everyone who was saved through our Church or is representing someone who was puts a candle in the cake: 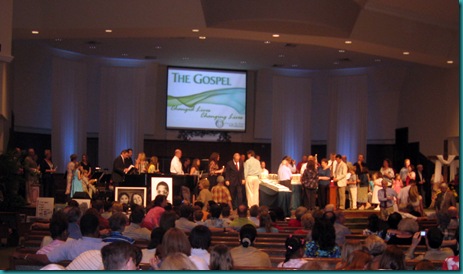 It’s always amazing to see the line out the doors on both sides of the sanctuary: 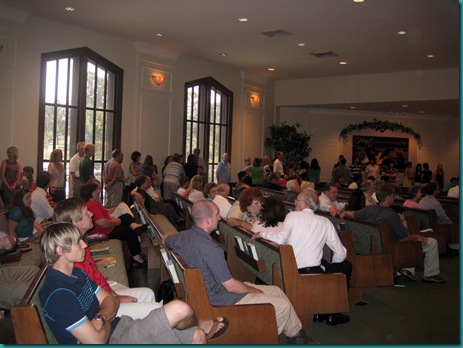 And super-touching to see it all lit up 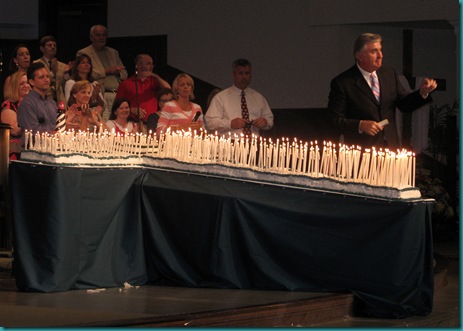 But my favorite moment is when our always-planning ahead Executive Pastor gets out there with a hairdryer and puts out the fire hazard. 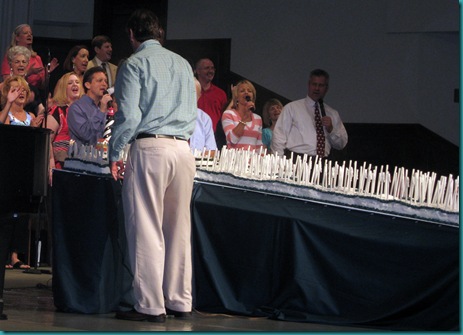 They used to blow them all out, which was also entertaining, but besides the sanitary benefits of the hair dryer, I really prefer the comedic effect of it as well.

Then, that afternoon was time for our HUGE Annual Church -potluck (at which time we eat the aforementioned huge cake): When you have 16 eight foot tables full of food, you have to learn to scope out the good stuff. One way to do this is by the dish.

12 thoughts on “Don’t All Church Birthdays Include Scary Butterflies, Hairdryers, and Glittery Tigers?”