I have never claimed to be a very good domesticated woman. Really. I do love cooking, but that’s about it. I hate cleaning, and feel like it is more efficient to NOT always put things away “Just So”.

However, two things I do try to stay on top of is keeping bugs out and keeping things from stinking.

BOTH of these items I have struggled with this week.

As I’ve mentioned before, my personal and ONLY irrational phobia is of roaches. I seriously cannot function with one in sight at all. And if I see one within twelve hours of going to bed, I will dream of them all night.

However, I really don’t have phobias about any other bugs – even spiders I can handle. Spiders are Chris’ pet phobia.

When we got home Saturday night, I ran upstairs first, with Chris and Ali trailing behind me.

All of a sudden, I heard Chris yell out in a wavery voice for me. I came to the stairs, and he said, “Take Ali. It’s bad.”

I looked down towards the basement, and even though it was 15 stairs away, I could see him.

A MONSTROUS spider. Like the ones in Harry Potter that lived in the woods and ate people for snacks. 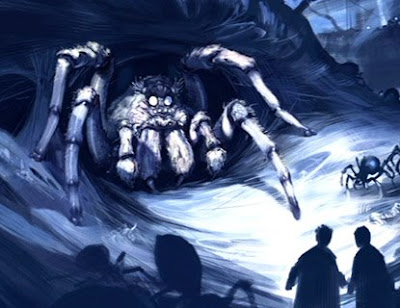 I offered to do it, since I am not horrified of spiders, even though one that large IS pretty disconcerting. But Chris’ “Man of the House” instinct outpowered his dislike of arachnids, and he got a piece of Gladware out of the cabinet and went downstairs.

After a bit of him dancing around it and me throwing him things to help in his task, and Ali giving a running commentary of the chase, he managed to catch it.

He brought it up, and it really was HUGE. We put him (in his Gladware home) on top of a quarter, and his BODY (not counting legs) was longer than the quarter.

After discussing options, the only non-gory, non-risking-letting-him-out way we could think to kill him was to freeze him.

So we stuck him and his Gladware coffin in the freezer.

I felt guilty about this because it just seemed like a long, cruel way to die. But I went and checked on him in an hour, and he was already on his back and curled up.

Needless to say, He AND his Gladware were thrown out. 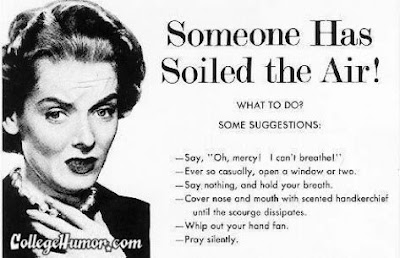 It started on Monday. A funky odor coming from the kitchen.

Trash? I took it out.

I tore apart the fridge, which I had surprisingly not-too-long-ago cleaned out. I thought it was the cilantro, so I threw it out.

Putrid odor still there and getting WORSE.

I tore apart the fridge AGAIN. Found a bag of tomatoes that were hiding. Threw them out.

Putrid odor still there AND ABOUT TO DRIVE ME MAD.

I begged Chris to check and see if he could find it. He found nothing.

For the THIRD time, I smell tested every shelf, nook, and cranny in the fridge. And I finally found it.

I hadn’t found it before because it should NOT have smelled yet. It shouldn’t have even been rotten. AND it was in a sealed container with NO leaks!!

But let me tell you. Black beans can make some F-U-N-K-Y odor.

We had made Burritos not long ago, and I have been enjoying the black beans at Moe’s lately, so for the first time ever, I cooked some. They were quite delicious!

However, I now know something about black beans. If you leave them for longer than just a few days, they create an unbelievably puke-inducing smell that will penetrate rubber, metal, plastic, 10 foot thick stainless steel walls, and The Great Wall of China.

We, of course, had fun discussing the newly-discovered Weapon of Mass Destruction that we had unknowingly grown in our fridge. Was there anyone that we would like to bomb?

In the end, after choking our way through throwing them out, we decided that NO ONE deserved that sort of fate.

And now, you’re all making a mental note in unison to never accept a dinner invitation to my house.

13 thoughts on “Domestic Trials and Tribulations”