If you haven’t entered yet, today is the last day to enter the giveaway for the Starbucks or Bruster’s gift card AND the last day to enter for the Prima Princessa Ballet DVD!! All you have to do is comment to enter, and you don’t have to have a Blogger account to comment. I’ll announce the winners tomorrow. Good luck!!!

If you missed my introduction to my new mini-series last week, Mister Early is our family ghost. I am going to be sharing family stories about him for a few weeks, also known as a miniseries (official sounding, huh??).

This week, I went and took some pictures of the house and the neighborhood for you to get a better visual of his abode.

The neighborhood is amazingly gorgeous, but the houses are all very old. These houses look like the houses that they try to create in new trendy neighborhoods, except that these are the real deal, built in the early 1900’s. Here are a few of my favorites: 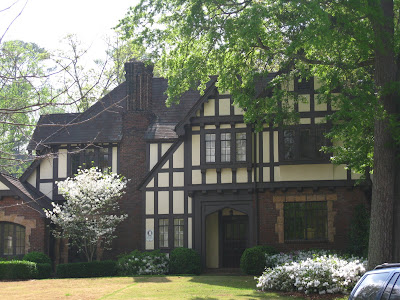 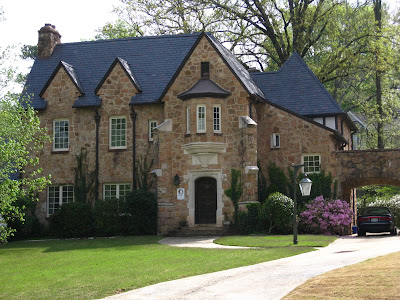 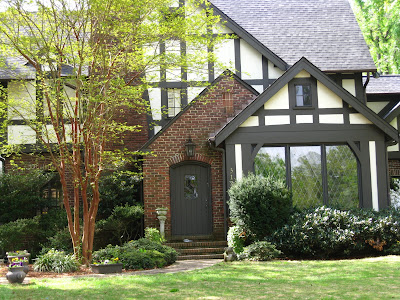 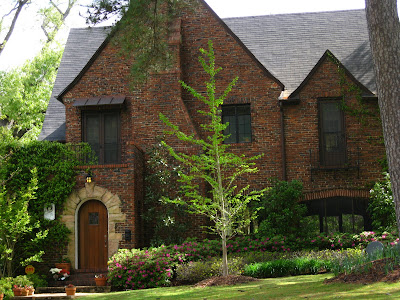 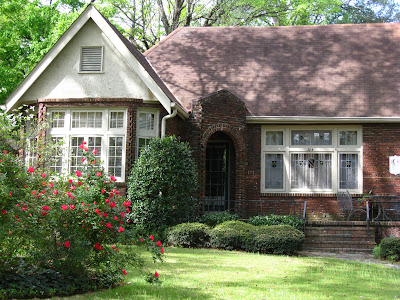 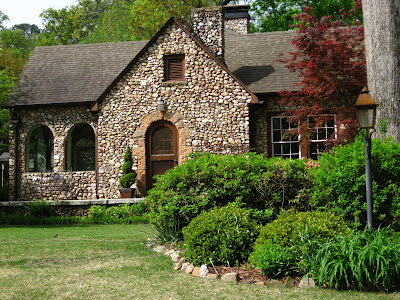 The neighborhood itself had a bit of spooky, mysterious aura to it. I guess because all of the houses were so old and castle-like. My cousins told me MANY ghost stories about witches that were buried under the warty trees and falling apart street signs.

I’m pretty sure that they made them up on the spot, but they certainly had me mesmerized.

Here is what was my Grandmother and Granddad’s house, the abode of Mister Early: 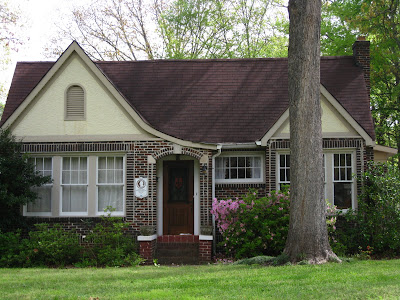 And the spooky back garage, where a lot of encounters have taken place (and a lot of us Grandkids were afraid to venture into): 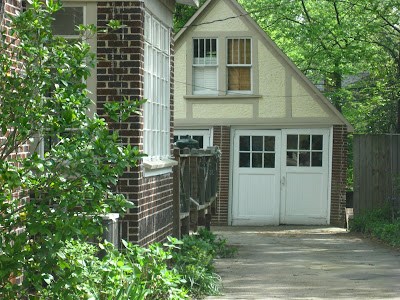 As I said, I have never had a direct experience with him, so while I was taking the pictures, I kind of lingered for a bit, then REALLY studied my pictures, half hoping that a man’s face would show up in a window or something, but no dice.

Apparently he really just doesn’t care too much for me. Which is pretty rude, seeing as how I’m the one being nice enough to document HIM. Hmph.

But enough about me getting my feelings hurt by a ghost.

So first of all, I will share the only Mister Early story that I was present for, although it doesn’t really count as a DIRECT encounter (Still Bitter, Mr E).

When Grandmother passed away, of course our entire very large family was at the funeral. There were two days between her death and the funeral, and so none of the clocks had been wound. However, we all returned to her house for a traditional Greek wake after the funeral, and every clock in the house, including the high one that no one but Granddad touched, were wound, working, AND set to the correct time.

Another one of my favorite stories also happened while the house was full of the entire family in the 1970’s. When my parents got married, everyone returned to Grandmother and Granddad’s house afterward for dinner. They had a large dining room, and on each end of it there were two very large latching china cabinets, both filled with dinnerware.

Everyone sat down to the table to eat, and right as they started their meal, the china cabinets simultaneously opened, despite their latches, and all of the dishes fell to the floor.

The nice thing about that story is that there were so many eye-witnesses – the whole family vouches that it is exactly what happened, and that there was no easy logical explanation as to how that could have happened.

It’s interesting that even though I’m writing about these stories, I still find myself skeptical. I am so black and white that I don’t think I REALLY believe in ghosts, despite all of the evidences. I analyze and try to figure out an explanation, but in a lot of cases, I really can’t come up with one. Maybe by the end of this miniseries, I’ll have solidified my OWN thoughts one way or the other . . .