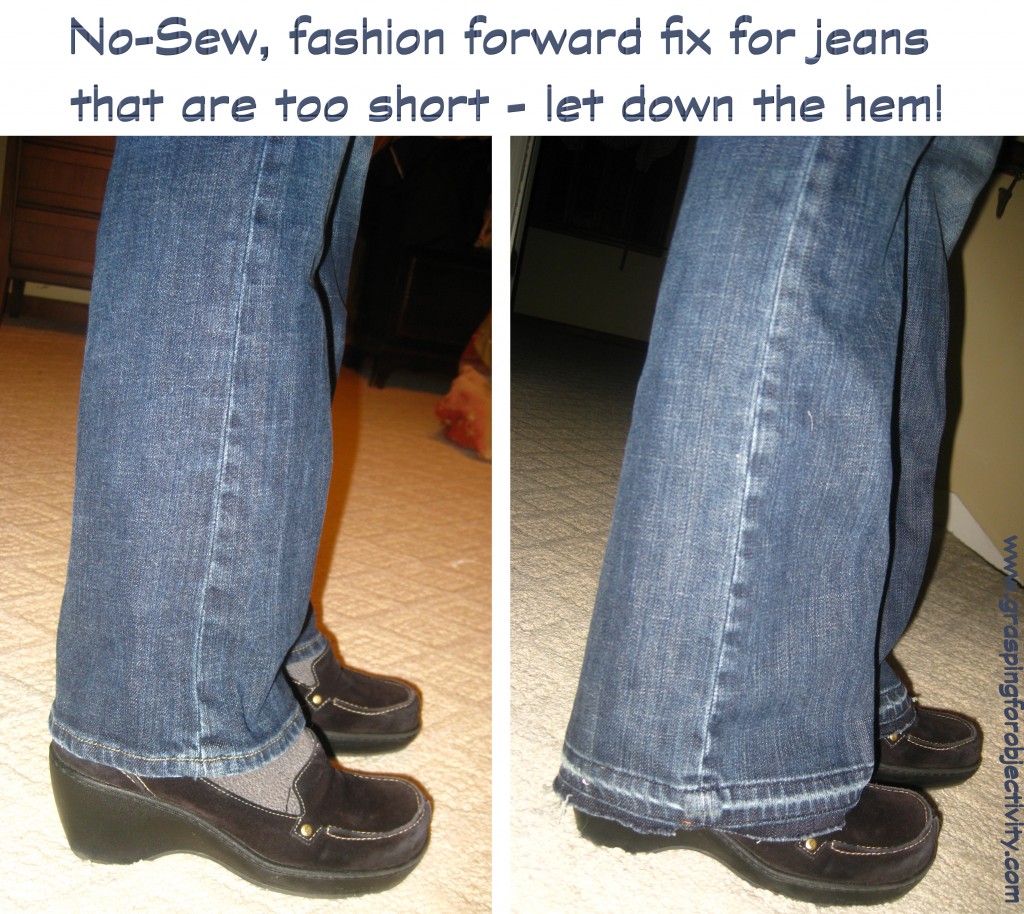 Why do I blog about blue jeans so much? I guess I better create a category just for all of my denim drama.

Every generation of teens have their own unique methods for mutilating blue jeans. MUCH to the chagrin of their parents, who just spent money to buy them perfectly new and good jeans.

In the 80’s, it was to rip holes in them. Especially strategically placed holes. Which kinda gave away that they were ripped and not “accidental”.

In the 90’s (my era of teen jean mutilation – which I wasn’t allowed to participate in), it was slitting the sides of the bottom of the jeans (you know, so that our Timberland boots could fit easier. I wonder whatever happened to my Timberlands. . .)

In the late 90’s, it was writing all over one’s jeans. Or having one’s friends write all over jeans so as to look the maximum amount of cool and popular.

Now that we’re in the 00’s, there are a lot of jean mutilation trends out there, but there is one that I am not sure is actually practiced, or if jeans are bought pre-mutilated only, but I decided to take part in it anyway.

Maybe since I wasn’t allowed to mutilate my jeans as a teenager.

You know, working out all of that pent-up rebellion that I have. I think I might just stay out till midnight and jump on a trampoline and watch “You Can’t Do That on Television” while I’m at it.

Anyway, back to jean mutilation: I tried ripping out the bottom hem of my jeans.

I hear the gasps of horror at my rebellion now.

You see, I have a few pairs of Express Jeans that when I bought them, they were just barely the right length (I am just at that terrible height where regular jeans are either JUST RIGHT or slightly too short, but Longs would stretch all the way back up to my knees).

However, I don’t know if it was shrinkage from washing, if I’m getting taller, or if the expanding of my hips took up some length (hopefully the first hypothesis), but one day I caught a glance of myself in a full length mirror and realized that my jeans were at that very awkward length. Just a weeee bit too short. 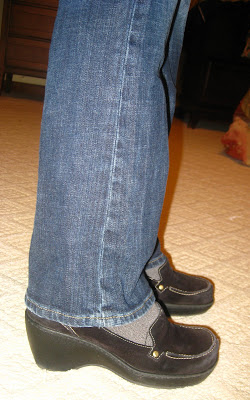 This traumatic moment is what led to me buying my most recent jeans, which as I already told you brought troubles of their own.

So, I took one of my pairs and tried a grand mutilation experiment. I ripped out the seams, then ironed them down really good.

However, since I pretty much never iron (I thank my husband regularly for wearing shorts and t-shirts to work – yes, shorts even in the wintertime. Unless it is under 40 degrees. That is his OFFICIAL cut-off. Then it’s jeans. But at any rate, I never have to iron), I had absolutely NO idea where my ironing board was, so I just decided to do a quick ironing job on the carpet in our dressing room. 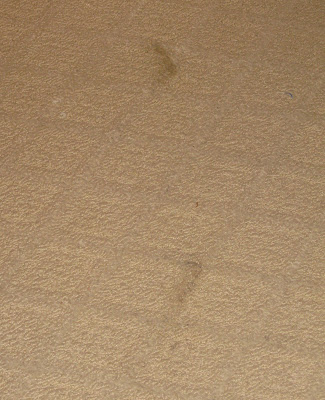 It actually MELTED the carpet.

Yes, in two places. I know, I should have realized it was melting on the first leg, but it’s not like I check the surface that I’m ironing on to make sure that it didn’t melt. I MEAN, who in their right mind made carpet meltable?? Don’t they know it should be an ironable surface??

So besides my ironing issues, I loved my jean’s new look: 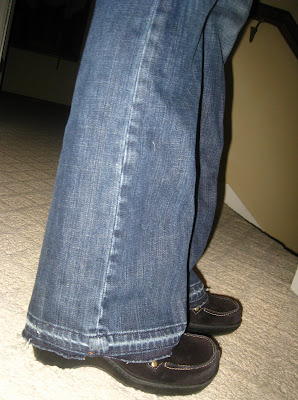 It gave me just enough length to fix the awkward shortness and really make them the perfect length. AND it adds more visual interest to the jeans.

Now I’m not sure what is going to happen after a couple of washes, seeing that there is now NO hem at all. I may have to go back and somehow manage to do a very small hem (however, with my atrocious sewing abilites, don’t count on it), or if any of you have any better ideas, I’m all ears.

So, to recap this all-important blog, 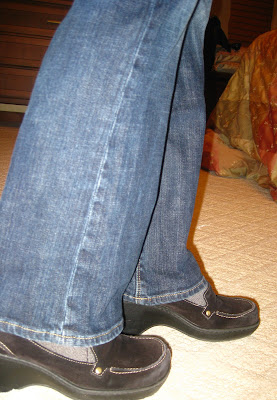 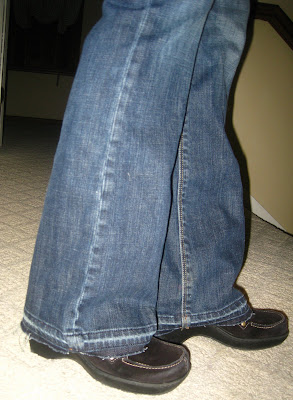 I know. My blog posts are so thought-provoking and life-changing.

Next on the list of Denim Drama posts: The technical differences between cool jeans and Mom Jeans – what makes a Mom Jean a Mom Jean. Be on the lookout – posted Monday, March 2nd.

11 thoughts on “History 101 of the Teenage Jean Mutilation Epidemic.”