Today was the day to get Ali’s two year portraits. I was running early, luckily, because when I got in the car it was completely dead. Again.

Now, if you remember the last time that my car battery died, my Mom came and saved the day with a nifty charger thingy that you just plug in the wall and it starts your car? And I advertised that thing, picture and all to all of you and vehemently said that everyone needed to go buy one RIGHT NOW.

Well, guess who never got around to buying one?

Anyway, so I knocked on a couple of neighbor’s doors to see if they had one, and the second one did. But it wasn’t high enough voltage. So then we tried to hook two sets of jumper cables together to reach my car (being that it was in the one car garage, it was unreachable. And unmovable, due to the fact that you can’t take it out of park unless the engine is running – thanks, Honda), but that didn’t work.

When it was getting time for the picture appointment, I texted Chris to tell him to standby on leaving work, and what was going on. Up to that point, I had been trying to be all independent with my car problems again.

He called and told me to simply have the neighbor pull into his carport parking spot, open the door between it and the garage, and do the jumper cables through there.

Why do I have to be so stupid?

Why didn’t I tell my husband 20 minutes earlier what I was trying to do?

That worked perfectly, of course, because my husband is a genius.

Pictures went great (I promise I’ll get to them soon), but after pictures, my battery was D-E-A-D again.

Mom jumped me off (she was at pictures to make Ali smile, of course), and then I went to an auto parts store, had my battery tested and deemed dead, got a new battery, and immediately BOUGHT ONE OF THOSE CHARGER THINGIES.

Doggy-Bear just had to make it in one picture: 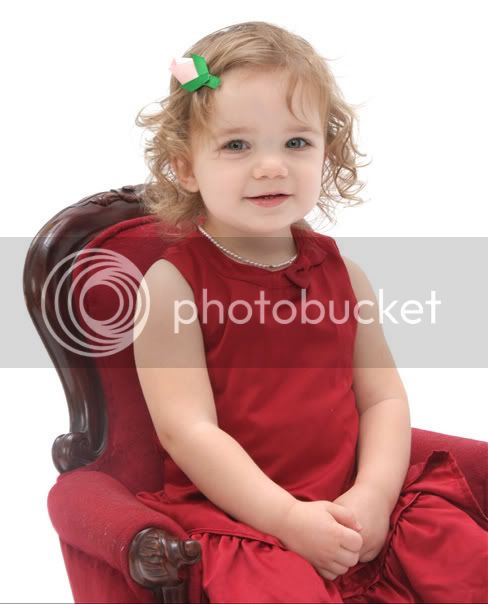 I think I will enroll her in gymnastics soon. . .

There’s that mischief coming out again:

On second thought, maybe I’ll enroll her in Karate. . .

I’ll upload some more onto B-Sides later today or tomorrow. . . be sure to check back for those!

8 thoughts on “Two-Year-Old Portraits: Why does everything end up needing to be prefaced with "Adventures In"??”