Despite everything else going on in our lives right now, we are working fervently to make the Christmas season magical and special for Ali. And so far, she absolutely adores it. So much so that were it not for her birthday two weeks after Christmas, I would worry that she would go into a Post Christmas Depression much, much worse than her Post Thanksgiving Trauma.

So we have had a busy week of many Christmas activities. Lest you think that we are the only ones in the Christmas Spirit, we saw this lady in Sears today: 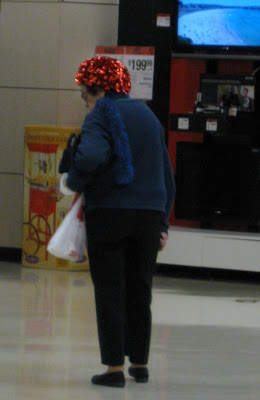 As best as I can tell, that is a hairnet made out of Christmas bows. It was. . . wow. By the way, is it insensitive that I take pictures of complete strangers and share them with you?

But besides that, here is a tour de Callahan Christmas week:

Amanda came over to kickstart me into wrapping presents. I made labels, as is tradition. Everyone got a unique picture of Ali on their label: 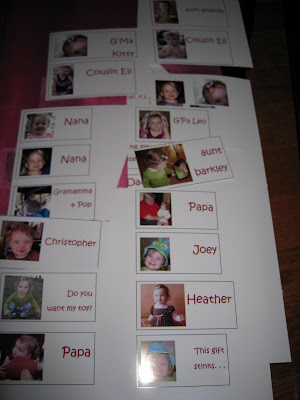 And although Ali was more understanding that I thought she would be about the whole present-wrapping thing, Oreo was just about as un-understanding as always: 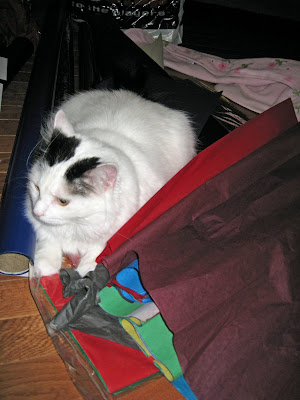 But I managed to get about a third of the presents wrapped in three and a half hours (sigh. So much more to do). Here’s what they look like so far: 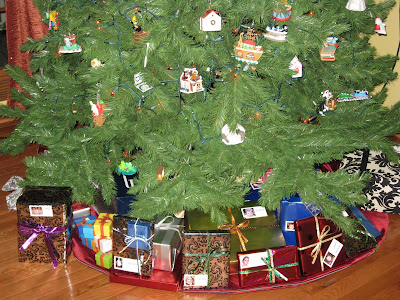 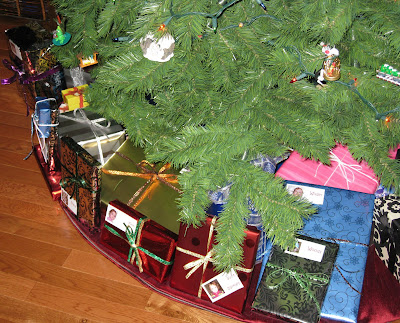 Then on Thursday, AJ and Ashley came over and we made Christmas cards with one of the girl’s favorite toys: Shapes. I got a set of Snowman shapes, glittery letters, and backing. The table started out looking like this: 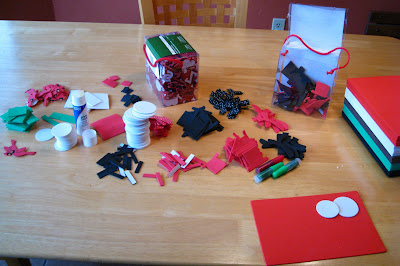 And ended up being so chaotic that it never even crossed my mind to get a picture of it before we frantically cleaned it up. And you know how over-photographical I am. It was THAT bad.

Anyway, the girls had MUCH fun, and we managed to get several cards made. Unfortunately, though, Ali got very attached to her cards and was quite insistent on NOT giving Daddy his card when he came home. “Ali hold it!! Ali hold it!!”

I tried to use it as an opportunity to talk with her about how we give gifts to other people at Christmas because Jesus was given to us, but not surprisingly, it didn’t budge her almost-two-year-old-resolve.

But here’s the picture of Daddy’s Ali’s card: 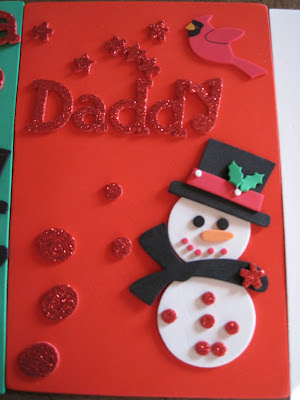 My favorite card was the last one. It was the last one because she was done with cards. She wanted to spread all of the shapes (pictured previously in nice neat piles) all over the table. No more with sticking them on the cards. Anyway, I was trying to bribe her to finish up Gramamma and Pop’s card by putting their bird on there, so I said “OK – you can have these shapes if you will put the bird on there!”. She took the bird, stuck it on the card haughtily and quickly, and dove into the piles that I was trying to keep her from.

And so, the bird is divebombing Gramamma quite determinedly: 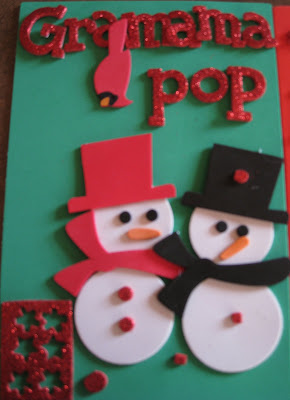 I can’t show you the rest of the cards because she hasn’t given them out yet. Here’s hoping that she will give them out.

But here is AJ proudly looking at one of her cards, but smartly keeping it from the camera shot so as not to ruin any surprises: 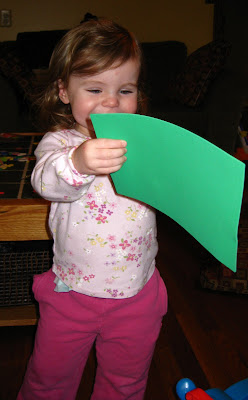 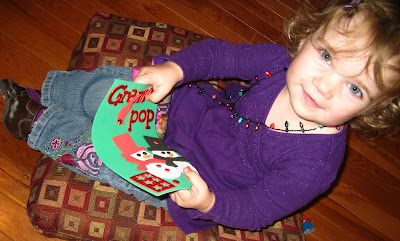 So we took her to Zoolight Safari – to Christmas light heaven. 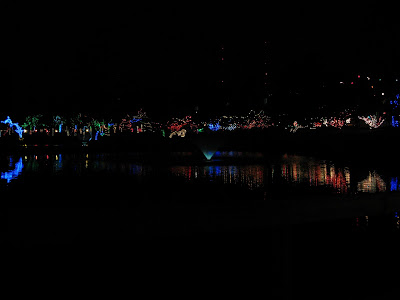 We went with the Blevins’ and Andrews’ Mothers and Children (the Daddies were out of town), so we had three Mommies, eight children, one female family friend, and one Daddy. Chris commented that we looked like a happy “little” Mormon family.

Here are the four oldest kiddos having the time of their lives: 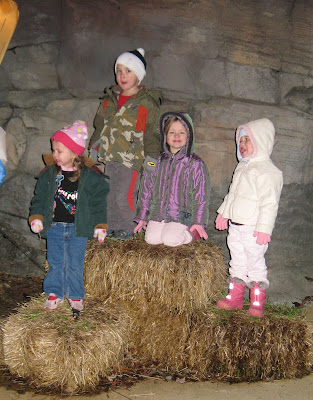 And the next two kiddos “staying warm”. At least that’s the line that Nathaniel tried on Ali when he went in for the hug and kiss. 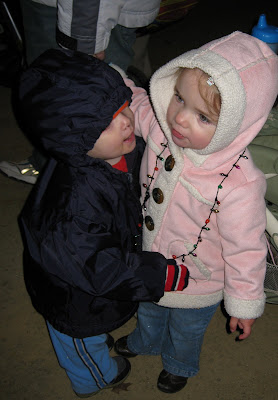 Of course, they were just as taken with the dark fish tank as with the lights: 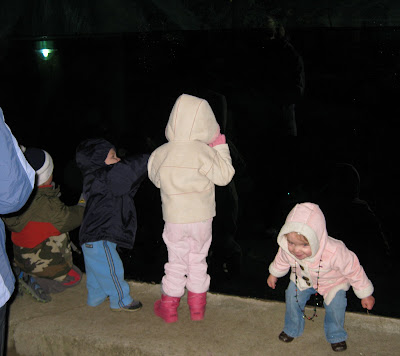 It was quite beautiful, and we may go back again! Hopefully when it is WARMER. 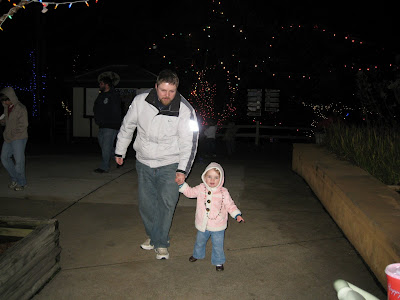 I’m sure we’ll have more festivities and adventures this week, so I’ll keep you posted! And don’t forget to weigh in on my anonymous stranger pictures: insensitive or fun?? Or both? :D