That’s been pretty much every other phrase out of my mouth for the past four weeks.

A WHILE back (maybe last Winter) when Ali was first starting to get good with words, she would scream out what she wanted.

I let her do this for a long time, because I was just so relieved that she could communicate what she wanted.

Until one day, I was working in the infant’s room at Church and heard her next door in the toddler’s room. Wow. There’s nothing like hearing your child in a different light when they’re talking to others. Or screaming at others, as it may be. A humbling moment when I realized that I had allowed, nay even encouraged, my toddler to become demanding at a Queen-Like level.

So I started making her say “Please” after everything. And as I was teaching her, I would always smile and say “say ‘Please'” in a very sweet sounding voice. I had to do this every time she asked for something. It took about three weeks for her to start saying it without being prompted. Then all of her requests came out with a smile and in a very sweet little voice.

But then, a few months later, the requests took a whiny turnpike. They became “JUUUIIICCEEE PLEEEASE” in a very discontent, whiny way with the following whiny face: 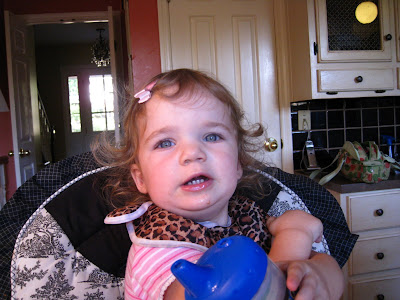 Then I get one of these cheesy grins (which I personally find very adorable): 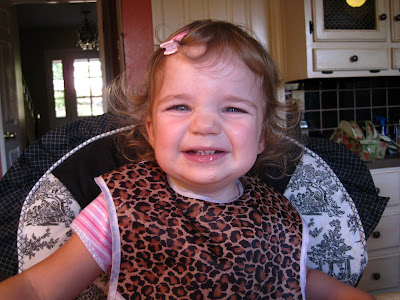 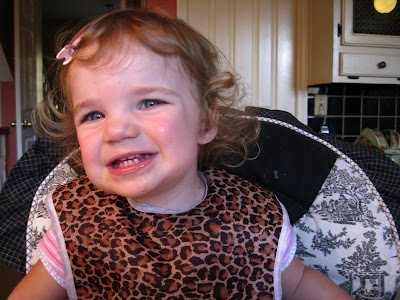 Is anyone else out there working feverishly to break habits and change behavior patterns in their kids (ones like this one that aren’t “disciplining” issues)? Or have any great tips on how to speed the process up?

6 thoughts on “Can You Say That With a Happy Face?”